Posted on December 2, 2019 by shashamane

Probably the hottest ticket in town and a gig which sold out months ago meant that not only was the NAC absolutely packed but there was also a palpable sense of excitement, anticipation and occasion for the visit of The Comet is Coming. A major musical happening in Norwich and a real coup for the Arts Centre. This was a gig that not only brought a lot of styles together onstage but a lot of music fans of different genres too on the floor, a diverse mix and a lot of unfamiliar faces.   It brought the curious and interested as well as those in the know. 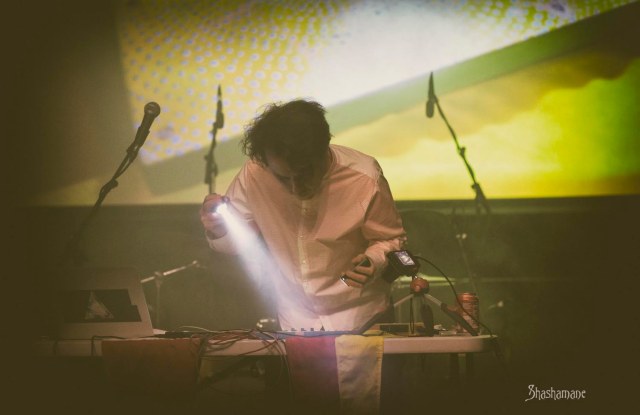 Opening was Leafcutter John, known to several I spoke to but not to me. If there was any doubt that this was going to be a gig out of and above the ordinary this opening set would have banished them. Hypnotic, creative and musical this was music literally made with light. He said the songs were actually inspired by north Norfolk coastal walks and armed with a laptop, what appeared to be bike lights and a circuit board of sorts covered with light sensors, he created something which was hypnotic and captivating, especially with the camera projecting it all onto a screen above.  In a cycling equivalent of a Lesser Free Trade Hall-type moment of inspiration my bicycle lights have disappeared off and already formed a new band. The Dynamos.

The Comet is Coming were well known to many in the audience but this was my first experience of them too. Everyone poured out of the bar as soon as the bell announced five minutes til stage time and so began over an hour and a half of stunningly varied music, taking in jazz, rave, rock, psych, kraut and all manner of other things which somehow all fitted together to keep the spell throughout. A great atmosphere in the crowd and the sound was magnificent. Everyone left with a smile on their face after one of those memorable gigs which clearly meant a lot to a great many people in the audience. As enjoyable as it all was though towards the end I did feel in some way at capacity and retreated to the bar where I saw a few friends who had actually done exactly the same. It wasn’t that anybody disliked the gig, they had big smiles as they left the hall and as someone said: “I’ve had all I need. In a good way. It’s fantastic!”, it was just there was a sated feeling, or in my case a sensory overload and the need to escape for a while. It was that sort of night where one could dip in and out of the music as the musical onslaught could feel overwhelming at times. There was actually a spiritual quality to it all and highly appropriate that it took places in this much-loved old church. 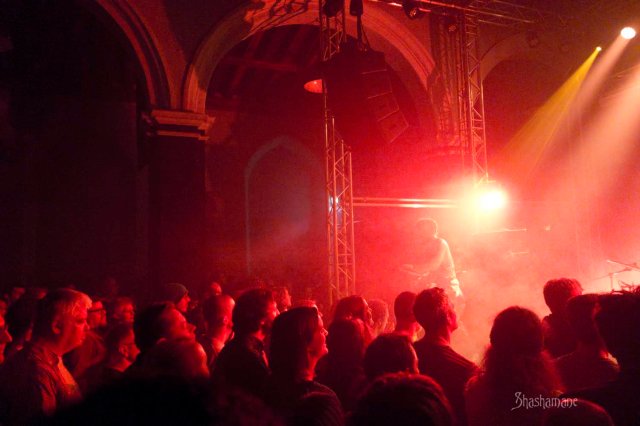 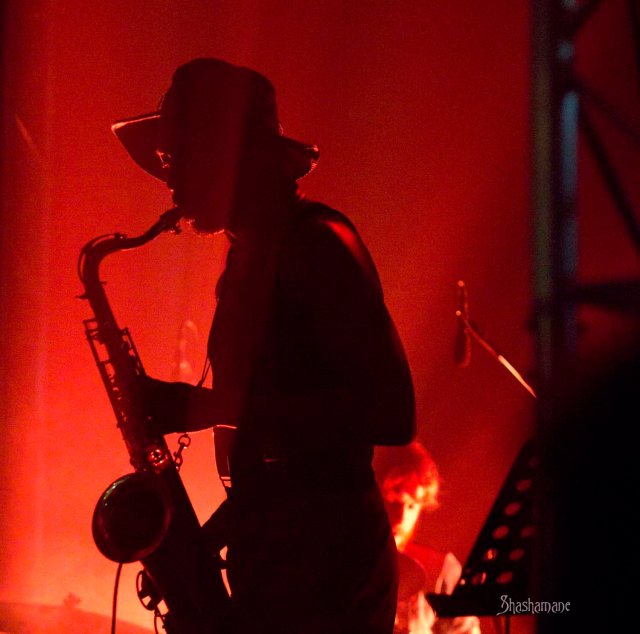 “The Comet is Coming is the soundtrack to an imagined apocalypse. In the aftermath of widespread sonic destruction what sounds remain? Who will lead the survivors to new sound worlds? Who will chart the new frontier? In a warehouse somewhere in London 2013 a meeting would take place between three musical cosmonauts. They would pool their energies to build a vessel powerful enough to transport any party into outer space. Together they chart a path based on the encoded language of Sun Ra, Frank Zappa, Jimi Hendrix and the BBC Radiophonic Workshops from which the band’s name emerged. It is after the end of the world, the stage is a spacecraft, the mic is an accelerator. brace yourself for The Comet is Coming.” 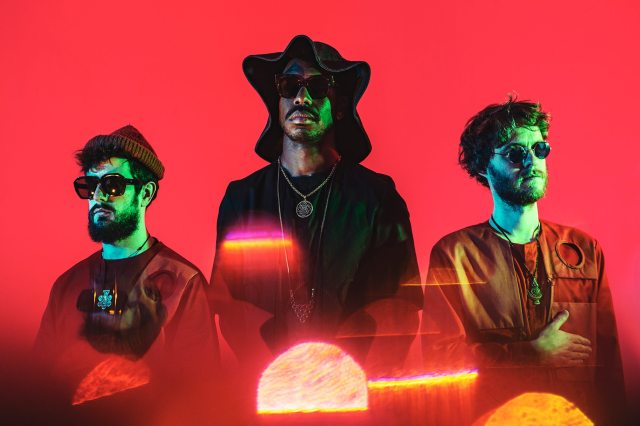 If you are thinking of changing energy supplier I have found Bulb to be very good. If you use this reference link both of us get £50! www.bulb.me/mrshashamane