There is often a danger of getting carried away with excitement and anticipation for an imminent gig by a favourite band but I couldn’t help it with this one.  The extraordinary Acid Mothers Temple on their annual stop-off in Norwich were to be playing the Norwich Arts Centre for the first time, also being one of the first “loud” rock acts to put the new PA and lighting systems through their paces.  On top of that local favourites Our Quiet Friends were supporting and also launching their new EP and the gig also took on extra signifance falling on the following day of what would have been Adam Gifford’s 49th birthday. We saw AMT together several times and I knew they were one of his favourites too.  So, with all this weight of expectation it was testament to both bands, the venue and the new system that when I got home at the end of the night my reaction about the gig was:

“It’s always special when your favourite venue books your favourite bands. Tonight though … ! Acid Mothers Temple put the NAC’s new PA and stunning lighting systems through their paces and I don’t really think I have the words to describe their set. I’ll just try one though. Magnificent.” 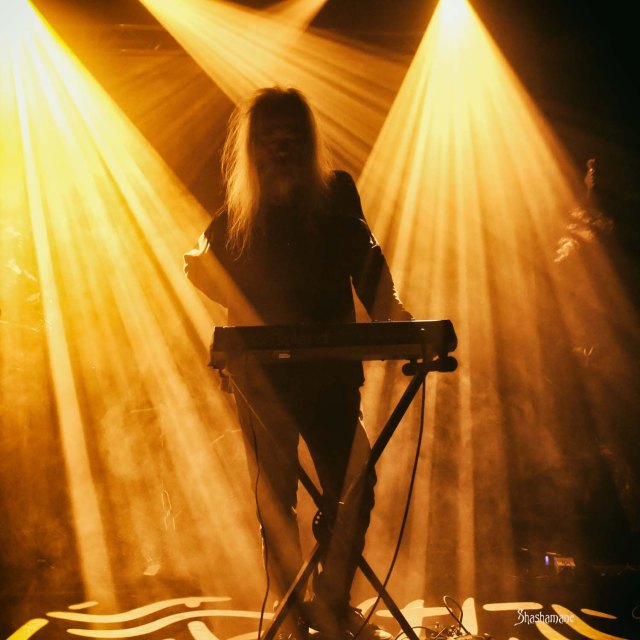 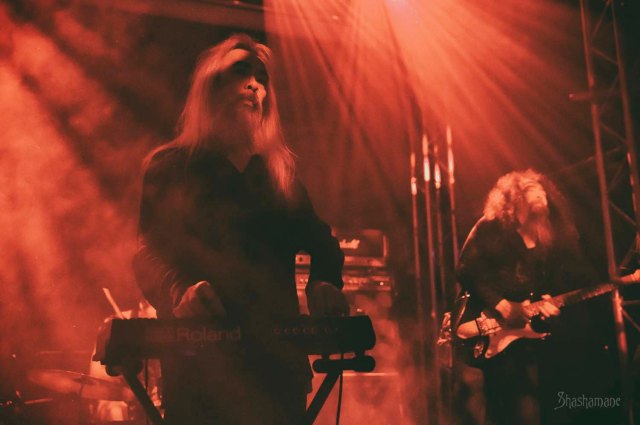 The following day I am probably able to try and find a few more words but my sense of awe and incredulity remains for what was not only an extraordinary musical experience but also quite spiritual too, several friends remarked they felt something of Adam’s presence there and even more claimed this was the best gig of the year they’d been to. I also heard Dan from the Vagaband claim it was ” … knocking on the door of my top ten gigs of all time…”  We have often thought AMT ‘channel’ and felt it particularly at this gig. 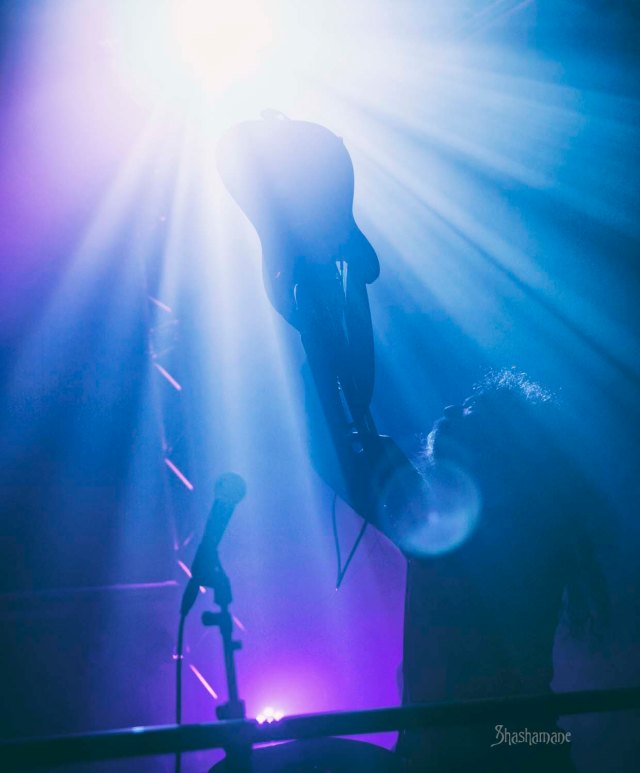 The evening opened in powerful style with a strong and confident set by Our Quiet Friends who I loved the first time I saw them but they get better every time I see them.  Explaining their love of trees and the environment they segued the songs into one another in a very effective way, also splitting vocal duties between Ed (Cakes and Ale) and Leo (BK & Dad) and with Joe on drums the whole band’s shared influences all coming to the fore in a brilliant form from this trio, in fact Vortex can sound slap bang inbetween Syd Barrett-era Pink Floyd and Hawkwind in the space of one song. 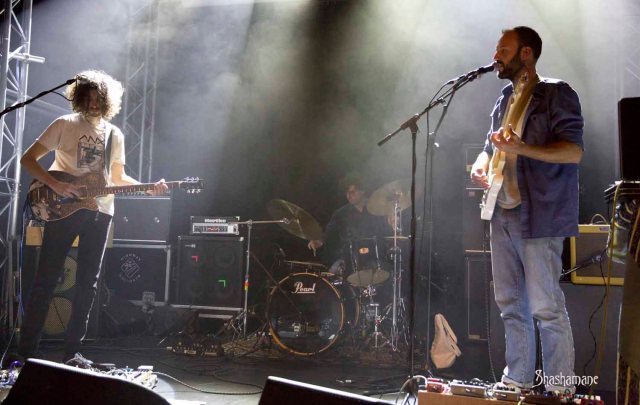 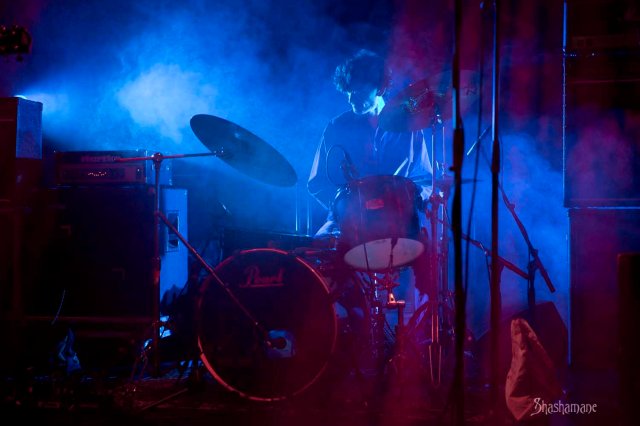 There was no messing from Acid Mothers Temple either, they took to the stage and the set just exploded in a wall of noise right from the get-go.  This was my fifth time seeing them and they are quite different each and every time (last year they had a flautist).  They certainly broke in the new PA effectively, I could feel the bass from under the stage in my legs!  Although the sound is now contained effectively within the hall, being inside it was loud. Very loud, and one of those extremely special gigs where band, venue, and audience all fit perfectly together on the same wavelength and transported by the band. Along with clean, powerful sound and the best example yet of just what the new lighting setup can do it made for an unforgettable experience.  Definitely another one of my gigs of the year.  I’m glad it was held here too, as fine as the other Norwich venues they have played are and were, the NAC just seems like the right fit for their spiritual element and they clearly felt the special energy that we on the floor also felt. Some of us had been hoping and waiting a long time to experience the AMT Melting Paraiso UFO at NAC. The music had elements of psych and krautrock with superb musicianship from all of them, the display of drumming especially was as exhausting to watch as it was impressive. It was breathtaking actually. 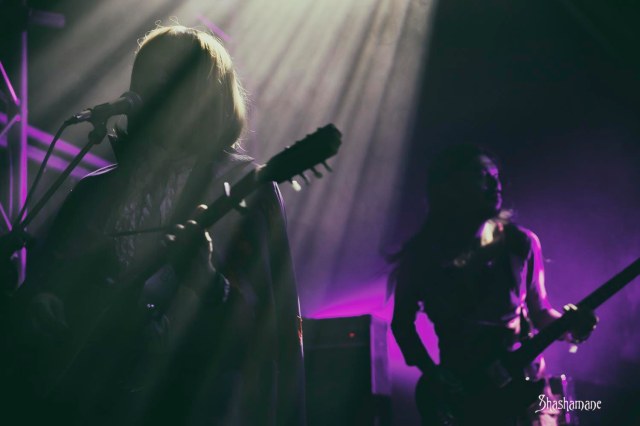 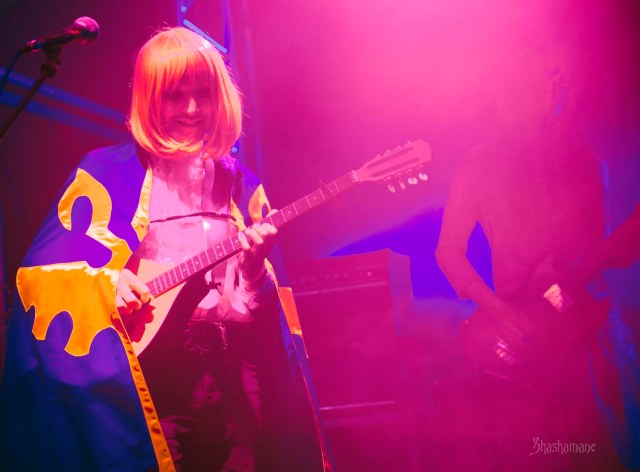 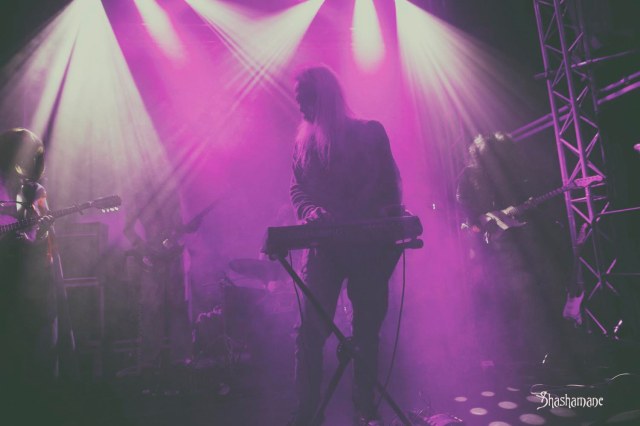 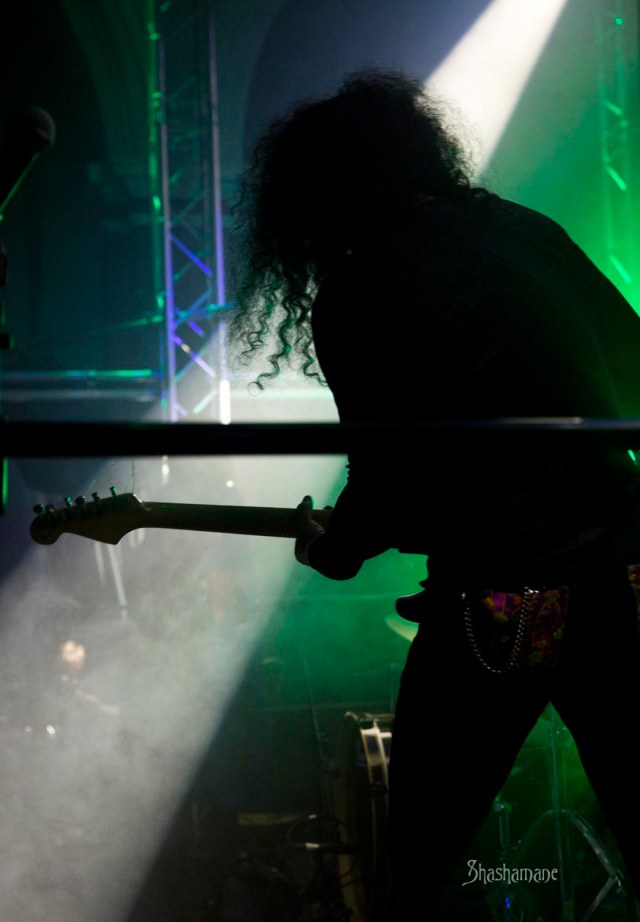 I love this quote from Kawabata Makoto, I wonder if these musical wizards from Japan tuned into Adam’s frequency at some point in the set? I rather think they might have done. And I still can’t think of a better word to describe the night than Magnificent.

‘Music, for me, is neither something that I create, nor a form of self-expression. All kinds of sounds exist everywhere around us, and my performances solely consist of picking up these sounds, like a radio tuner, and playing them so that people can hear them’ ~Kawabata Makoto 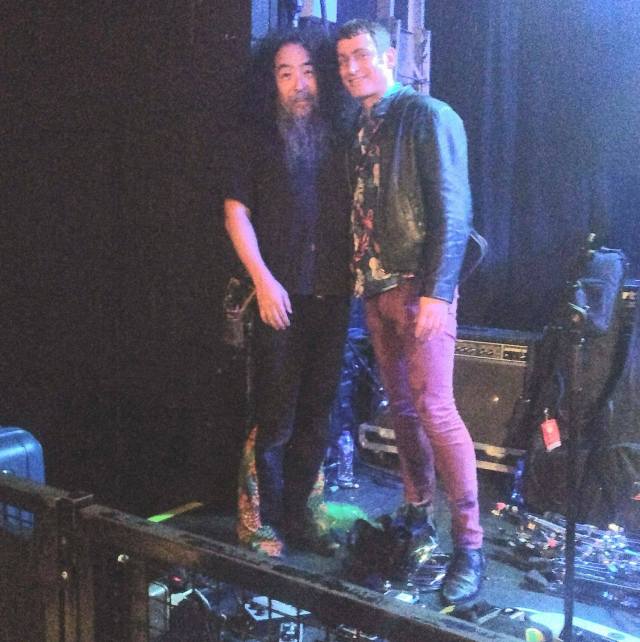 “The sprawling universe of that is Acid Mothers Temple was formed in 1995 by Kawabata Makoto. Originally titled the Acid Mothers Temple soul-collective and encompassing musicians, dancers, artists, farmers, channellers, ex-yakuza, mermaid researchers and professional vagrants, the collective has always had at its core a dedication to improvised music. Now with a history of over two decades, and a discography of over one hundred releases, which is not to mention the numerous solo and side-project releases which encompass everything from drone, acid-folk, acapella, to minimalist composition, the group show no signs of relenting in the pace of their creative energy.

In December 2017 Acid Mothers Temple & The Melting Paraiso UFO welcomed new vocalist Jyonson Tsu, and performed an initial show together in Tokyo at the Annual Acid Mothers Temple Festival. Sadly this era also marked the departure from the band of long-standing member Mitsuru Tabata. This new incarnation of the AMT collective, featuring founders Kawabata and Higashi, at the helm, plus the recently recruited rhythm section of Sakamoto and Uchida who joined the group in 2015. The band tour Europe in this new incarnation for the first time in Autumn 2018.”

Sometimes compared to Gong they tonight included their version of Flying Teapot and the cheers were audible when people recognised to opening notes of one their own most well known songs, Pink Lady Lemonade. Different every time but always phenomenal. They combine elements of rock, psych, Hawkwind-esque space rock, krautrock and even a folk element but also a totally unique “othernesss”. One of the best and most immersive live bands around, this gig will live long in the memory of all who were there. So special to see them in this most treasured venue with a great and sizable crowd, and boy did the new lighting and PA pass with flying colours too! The audience was a healthy mix of gig-goers ranging from rockers to proggers, punks, stoners and hippies and everything inbetween, of all ages, reflecting the appeal and infuences of this unique band. Seeing them for the first time in the original Owl Sanctuary in 2015 was one of my all-time favourite gigs. This one I think may have been even better.

www.norwichblog.com www.shashamane.etsy.com www.facebook.com/ShashamaneArtPhotography www.facebook.com/NorwichLiveMusicPhotos you can find my prints for sale on Etsy at http://www.etsy.com/shop/shashamane?ref=si_shop and at Artfire: http://www.artfire.com/users/shashamane and www.facebook.com/ShashamaneArtPhotography
View all posts by shashamane →
This entry was posted in acid mothers temple, Best gigs, live music and dance, Norwich Arts Centre, Our Quiet Friends and tagged Acid Mothers Temple and the Melting Paraiso U.F.O., norwich arts centre, norwich music city uk, Our Quiet Friends. Bookmark the permalink.