For the best part of ten years Iain Lowery has been putting on acoustic/stripped back music evenings at the Cinema City under the name of OST (Original Sound Track). Initially it was in the bar until a revamp made it a tricky space for music which led to a hiatus for OST but it returned in fine style for the summer season in the courtyard last year. Happily, it is back again for 2019.  Having been unable to make the first few of the summer I was really looking forward to this one as it also featured some of my favourites in Gladboy, Phoebe Troup, and Ginny Dix.

In the beautiful surrounds of the Cinema City courtyard under fairy lights the evening was opened by Ginny Dix at her piano. This was a perfect setting for her, the acoustics lending well to her music, her voice soaring at times. There was a good crowd in attendance with loads of local musicians present and her set was very well-received in attentive silence.

Phoebe Troup is one of my absolute faves and it was a privilege to have her play for me recently at one of my occasional Shashamane Recommends sessions at Warwick St Social but I always need to hear more so was really excited for her set. Tonight she was an absolute delight playing Deep in the Riverbed, Come Back Deer Tick, Never, Hollow, If You Were a Sailor, a new one, and my current favourite, the magnificent Sitting on the Doorstep. I love the lyrics of this so much.

Currently in the process of recording some tracks for an album she was in fine form, achingly beautiful songs expressed with gorgeous vocals, delicate and intricate guitar and those incredible lyrics full of emotion. Sadness has never sounded so good but she throws in some delightful humour in there too.  Beautiful melancholy delivered in a quite wonderful way. Phoebe is absolutely amazing and was, once again, a sensation. She takes me to a similar headspace as Milly does and I am always spellbound.

In an introduction to a beautifully descriptive song about her Colorado she mentioned a pang of homesickness, however Colorado’s loss is Norwich’s gain, Phoebe is an absolute gem. A passer-by obviously heard this sublime music wafting onto the street and stepped in for a closer listen and was clearly blown away by what he was hearing. We all were, we always are.

Gladboy have had a busy few days with two sets on Lords Mayor’s Day and George stepping in on bass for Floral Image at Bermuda Bob’s on Sunday. This was a different beast though with a pared down version of the band. George did point out “We’re usually a lot more frenetic, it’s taken a lot of work to get the songs down to this” but it worked really well. An acoustic and electric guitar, some keys and percussion plus Janani’s backing vocals and harmonies much more evident. The set closed with an unexpected cover of Kraftwerk’s Computer Love and a brand new song “written 36 hours ago” also getting its first airing. A very impressive homage to Brian Eno. 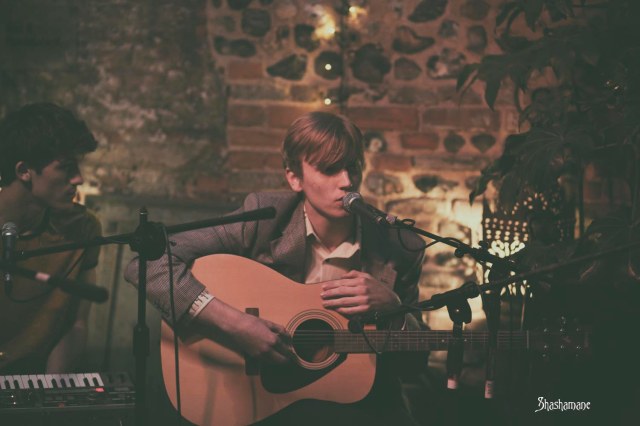 Gladboy are a fascinating band, relentlessly creative and evolving, taking all their influences into one place to sound like nobody else. Norwich is very proud to have them.

We really are lucky in Norwich, not only do we have these incredible musical talents in abundance but some amazing spaces as venues and dedicated promoters putting these things together. Many thanks to Iain Lowery, Gladboy, Phoebe Troup, and Ginny Dix. If only the Cinema City bar was not so eye-wateringly pricey!

OST takes place every other Tuesday evening during the summer months in the courtyard of Cinema City. I’ve seen so many of my favourites perform here over the years, the likes of Milly Hirst, Mari Joyce, Natalie Lake, Of the Clay, Shane O’Linski, Birds of Hell and countless others, including gems like Hot Raisin and Mr David Viner, both of whom I heard for the first time at the same OST night. 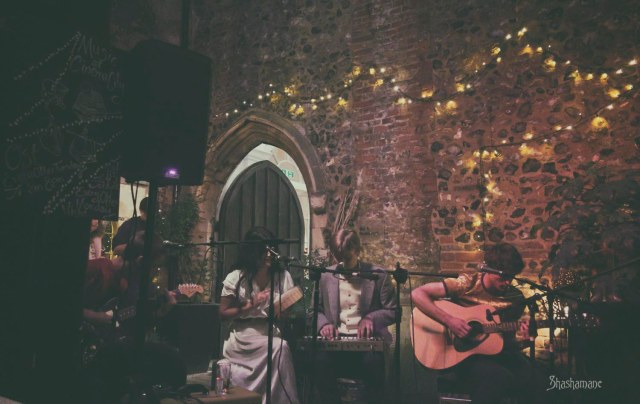 “Another excellent lineup of local artists…

Phoebe Troup is an excellent Norwich based folk musician from the Rocky Mountains of Colorado! https://www.facebook.com/phoebetroupmusic/

The final act of the evening is Gladboy – Who are Norwich’s finest Psychedelic British Pop act, I reckon.. https://www.facebook.com/gladgladnotsad/