Thursday night was this month’s Shane’s Musical Shenanigans at The Reindeer, one of my favourite regular events in the city. This month was doubling up as the album launch for Yellowhammers who were headlining.

Shane had already just started when I arrived, performing with a number of his friends as the Olinski Ornitholigist Onsomble, he and the band were on fine form.

Next on were another of the new names on the Norwich musical scene playing just their second gig but my first time seeing Floral Image.  I was quickly won over and convinced that they are onto something with a lovely, dreamy psychedelic sound inhabiting a world somewhere inbetween The Doors and Air. Very impressive, assured and promising set from these guys who I shall definitely look out for again, they are ones to watch.

Next was a relatively rare gig from Lucille and the Seals, although they did recently play a support slot at the Birdcage that unfortunately clashed with my heading to Cambridge to see the amazing Aldous Harding, an artist I was not at all surprised to discover is also a favourite of Lizzy’s, during a brief chat after the set. It was lovely stuff as always from Lucille and the Seals and I enjoyed seeing them again. 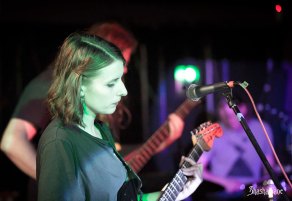 Yellowhammers delivered a strong and interesting set once again and I had no hesitation in picking up a copy of the new album, getting mine on cassette no less. 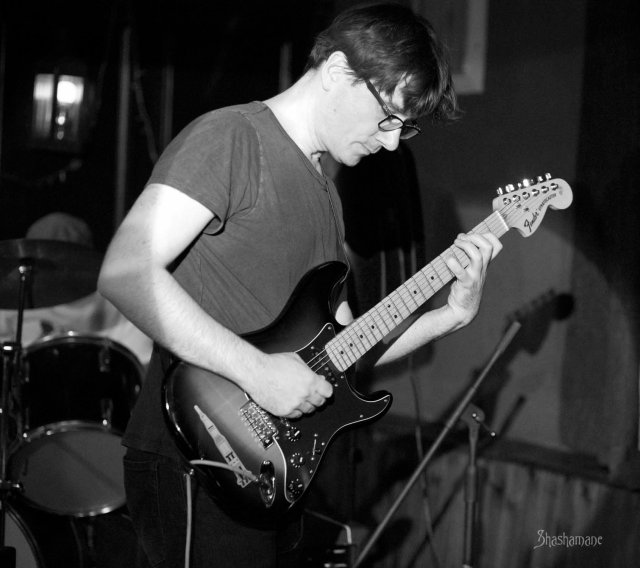 A marvelous event not to be missed.

The Hempolics are a great band with strong Norwich connections and sold out their last date at the NAC and also played a terrific set at the Forum last summer which went down a storm so it was a bit of a surprise to find the hall on Friday was not exactly full but that must be down to the massive number of gigs taking place on the same night. Nevertheless, there were plenty enough here to make an atmosphere and they all danced throughout. One of those lovely gigs which one could (and did) totally lose yourself in. I love this band and the deliciously laid-back vibe they create, everyone else here very obviously felt the same way. 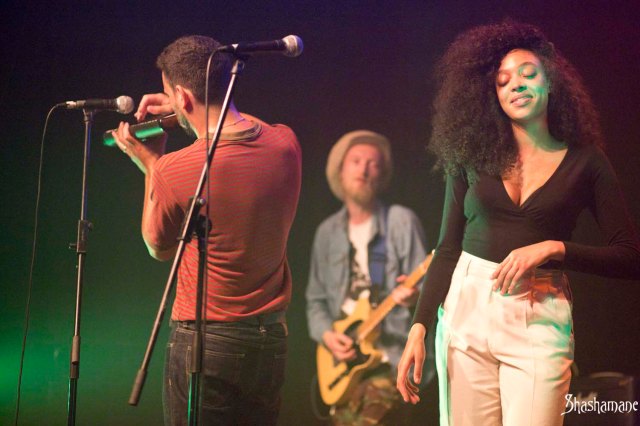 There’s a new album on the way, which I am pleased about as I had just about all the records on their merch table already. From the previews they gave us onstage it’s going to be a good ‘un.

‘Great summer vibes. Puts a smile on my face. And amazing live too!’ – Eliza Doolittle

The Hempolics are out to put those organic rootsy vibes back into music; with their fat radio-friendly hooks, bumping sound system bass and a wander lusty, ineffably real sound all of their own…

Over years of recording top international talent The Hempolics enigmatic leader, Grippa Laybourne, has been carefully honing his own masterpiece and selecting a gang armed and dangerous enough to execute it. Their debut single Serious on the Reggae Roast label caused an instant stir, hitting number one in the 2010 UK reggae charts and was playlisted on Massive Attack’s BBC takeover. Their latest releases have maintained success with a sync to the worldwide trailer for new Coen Brothers and George Clooney film ‘Hail, Caesar!’ and latest single Me Love To Sing has been playlisted by BBC6 Music with support from Steve Lamacq, Lauren Laverne, Rodigan & Don Letts.

With their amazingly eclectic forthcoming album sounding swelled by guest appearances from various international talents such as Maxi Jazz and Paolo Nutini – to name a few – The Hempolics have been brewing up a musical storm. The album entitled ‘Kiss, Cuddle & Torture Vol. 1’ has been recorded in back to basics fashion throughout the bedrooms and home studios of the band producing an infectious mash-up of Reggae, Electro, Hip-Hop, Dancehall, Rock and Pop. Although the weather out might be dull London-side it’s strictly sunshine vibes, resplendent with huge hooks and festival-friendly choruses.

Take your eye off The Hempolics at your peril. Ital business!”

It was a chilled out and healing end to an emotional day when our gig-amigo and good friend Adam had his funeral but this was the sort of gig he’d have enjoyed too. Rest easy, Adam.