This might have been the gig I was  crying out for and needed without realising.  I’d certainly been wanting something loud, noisy, new and exciting and this ticked those boxes. Knowing nothing whatsoever about support band Dry Cleaning and having not yet heard very much by Bodega I simply trusted the choice of Pony Up and the recommendations of some friends so I headed to Norwich Arts Centre on a Tuesday night with perhaps more in hope than expectation.  I was reassured by the presence of a large number of musicians, passionate music fans, Outline colleagues and old punks among the incredibly mixed group at the bar beforehand as we chatted over a pint of NAC 40/40 ahead of the music.  Sometimes before a notable gig there’s a palpable sense of occasion within the whole building and I was certainly feeling it here. It seemed pretty full too, I think it may have been sold out.

Without hearing a buzzer or fanfare 8:30pm arrived and although we couldn’t hear a thing through the closed auditorium doors we guessed the enigmatic and curiously named Dry Cleaning were probably taking stage.  Entering the hall it was clear they had just started, and they’d already hooked me before I even reached a vantage point near the front.  As I hinted earlier, I knew absolutely nothing about this band, not where they were from, how long they’d been going and certainly not what they sounded like but I liked what I was hearing very much.  Almost spoken word, deadpan delivery of the lyrics over some crashing post-punk psych guitars this was all right up my street. A bit of The Fall and Velvet Underground in there too, and even an element that reminded me of Carl Gustav and the 84s, remember them? In fact one of the songs towards the end of the set could easily have been penned by our own Shane O’Linski as one of his “list songs” with powerpoints and cashpoints et al listed by the singer as she reads from lyrics sheets. She’s a perfect and captivating foil to the three boys who are a mass of movement on guitar, bass and drums, the bassist’s face completely hidden by a mass of hair. The balance of this band feels so right.  The large crowd clearly approved of them too and I think the band might have quite liked us back, inviting us to their first headline show in London, which we learned was their home town. Other than their brilliant music we still don’t know much about them but that’s all anyone needs to know, isn’t it?

After trawling YouTube into the early hours I found a couple of videos and this EP. 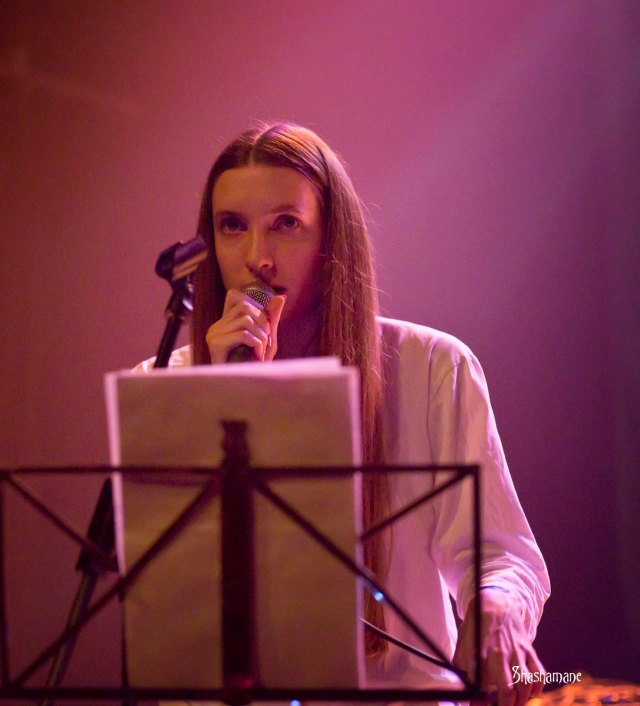 To me Bodega is a part of California synonymous with my beloved Rainbow Girls but this band Bodega are from New York City and just about everything about their set seemed like an alarm clock to humanity, a wake-up call from the Matrix world of consumerism, capitalism and that ever increasing tranquiliser: digital life (there was even the hanging figure of a wired pc mouse dangling from the mic stand) as well as a punk attitude and a two-pronged assault of drums, bass and twin guitars. Bodega are a bit like a musical equivalent of the shades in the film They Live. 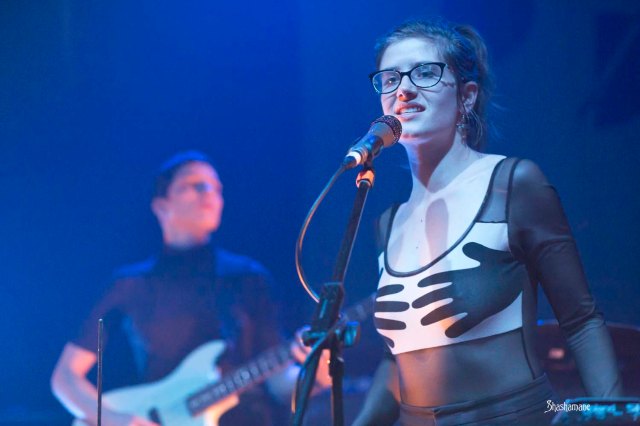 Most of the things I have read in descriptions about them seemed entirely accurate. One YouTube commenter said they were a cross between The B52s and The Gang of Four, which is a right in a way, mixed in with a lot of The Fall and maybe even Talking Heads and Sonic Youth too, and it all makes sense in a heady punk art rock mix. With vocalists at the front playing guitar and drums, another powerhouse drummer at the back with a bassist and another guitarist whom I heard several people liken to Wilko Johnson no-less, they were also quite visual and so alive. 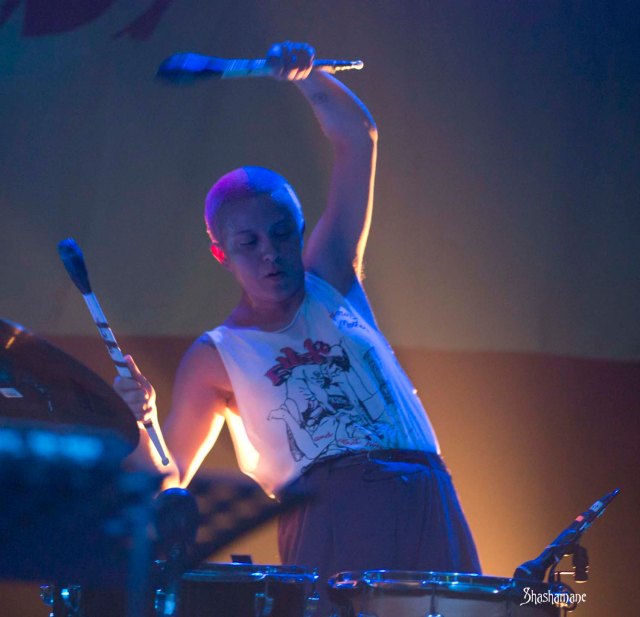 Having almost seen, the previous day, a fellow cyclist knocked over as he cycled straight through a red light at a crossing as he was scrolling on his phone, not even looking up from the screen as he waved a finger to the beeping car that just stopped in time, Bodega’s song Bookmarks felt pertinent.

Some field repairs to the drum kit, which had been taking an absolute pounding, seemed like an opportune moment for a quick loo-break and one could not help noticing that the bar was completely empty except for the staff which is quite a rarity and is another indicator of just how good the gig was.

I think Bodega must have achieved what they set out to do here, I didn’t see any scrolling going on in the audience as everyone seemed awake and in the moment, in fact the mosh-pit was refreshing to see.  Beforehand I was not entirely sure what to expect from tonight’s gig but Bodega exceeded all I had hoped and wished for as a live experience and Dry Cleaning were a truly exciting discovery (even Bodega confessed they had a “band crush” on Dry Cleaning). Loud and exciting with two great bands and an excellent, large audience, what more could you wish for on a Tuesday night?  I already I know this is a gig of the year contender.

Note the wired mouse around the mic stand. 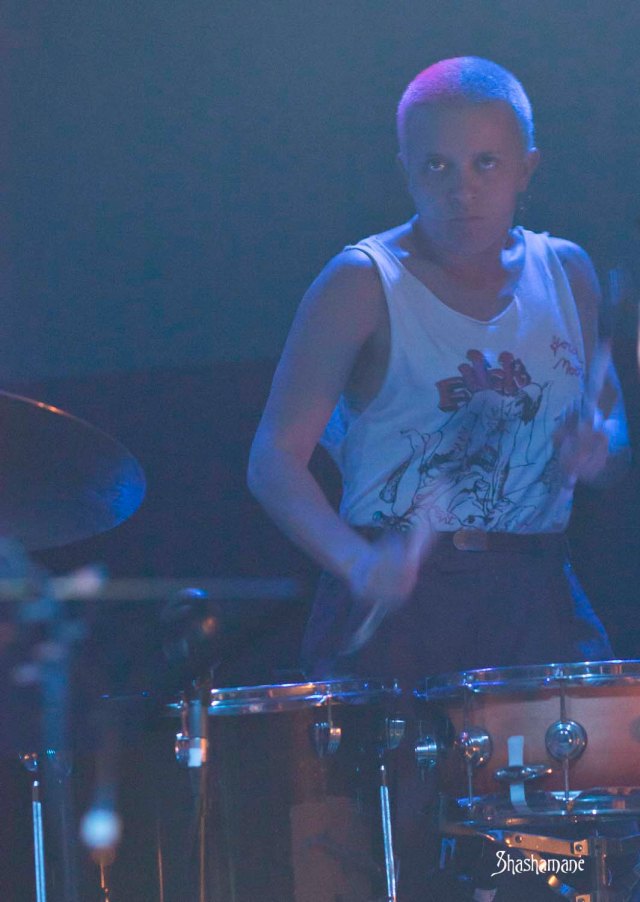 “Streamlined and minimal but bursting with intelligence, humour and ideas, BODEGA are the real deal” – DIY – 5/5

Our wonderful and special NAC currently has a 40/40 fundraising campaign to raise £40,000 to unlock a £499,000 grant from the Arts Council for its regeneration. You can help by donating an extra £1 when buying a ticket, or at the Arts Centre itself in one of its collection jars, or by clicking here. Or even buying a 40/40 ale at the NAC bar at a gig where £1 will go to the fundraising.