In 2018 I attended 213 gigs/festivals, seeing 276 different bands/artists and 438 sets in all but I had only been to one gig since Midwinter Moonshine, which also happened to be a Shane night at the Reindeer. So 2019’s tally kicked off at The Reindeer on Thursday with the legendary Shane O’Linski‘s brilliant “Shane’s Musical Shenanigans” night. This bill featured a solo set from Joe Quinn, The Wash, Bag of Cans, and a debut performance of VEEG, being Lewis of Mssr. Mortimer. The billed Monkiboy was unable to play on this occasion.

Joe Quinn played a lovely set, hood up and back to the audience there was a good vibe to it all. Dave in The Wash also had his back to us but probably because it was such an improvised set he was facing the rhythm section. As there were two drum kits and Stacy was here Shane suggested he jam along. Oskari on bass was also improvising but it all worked wonderfully well and was atmospheric and hypnotic, Shane playing keys behind the speakers. Some of this reminded me a bit of The Cure’s Carnage Visors soundtrack but the final song felt like a krautrock epic, fantastic stuff.

Third set was about the first time we saw anyone’s face and it was the deliciously bonkers fun of Bag of Cans, who also celebrating guitarist George’s birthday, which meant there was some impromptu messy cake eating onstage.  They are so much fun, are tight and play with a spirit that reminds me so much of Serious Drinking back in the day (especially Antboy) though there are also funky moments and others that sound like a punky Blur.  The large crowd were going nuts for it all too.

It wasn’t over yet though as Lewis had a precisely timed 14 minute set to close with, premiering his new venture as VEEG which was quite unlike anything I think I have ever heard before!

“There will be a host of awe-inspiring musical talent on display for all to hear and enjoy, come along and fill your boots with pure talent on a stick…

20:00
Joe Quinn, aka The Quinnstar Extraordinaire will be performing, here’s a link to his bandcamp page for a little taster of what he’s up to… https://josephquinn.bandcamp.com/ hope you enjoy it to the moon and back much like I do…

20:35
The Wash, noise merchants and eloquence on a stick will be performing their heart out to all and sundry with an eloquence that knows no bounds…

21:10
Monkiboy, an experimental set I hope that I lack a musical link to, I have a link to some of Monkiboys splendid work for his one month album project and I hope this will suffice.. https://ezifreak.bandcamp.com/album/freakezi
.An awe-inspiring performer on every level

21.55
Bag Of Cans, To hear more of this awe-inspiring band please visit the link below https://www.facebook.com/BagOfCansBand/ I saw them perform in the summer in Chapel Field Gardens and they literally stole the show, an awe-inspiring spectacle it was indeed, fan favourite Antboy really got my gizm flowing 😀

So, my first gig of 2019 was Shane’s Shenanigans and so was my final one of 2018 when the line up included Kate Abbott from Brighton, a beautiful Joni Mitchell inflected and just lovely songs. I was pleased to catch her set.  Also playing were Of the Clay, one of my favourites but this duo are relocating to Ireland next month and will be much-missed.  I’m always grateful to Shane for giving me the introduction to them (as he has for so many of my favourites) when they played one of his Cactus nights early in their career. 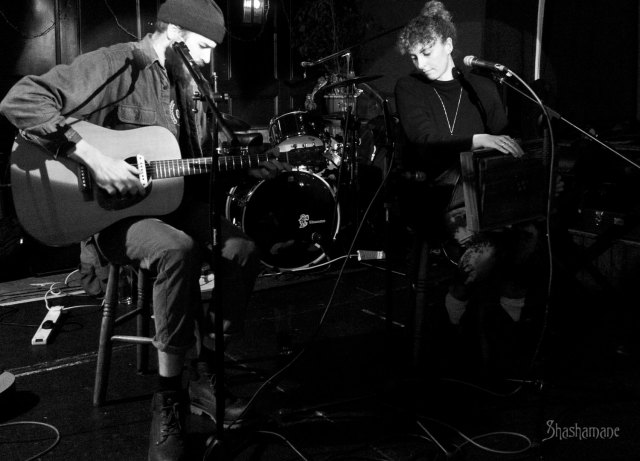 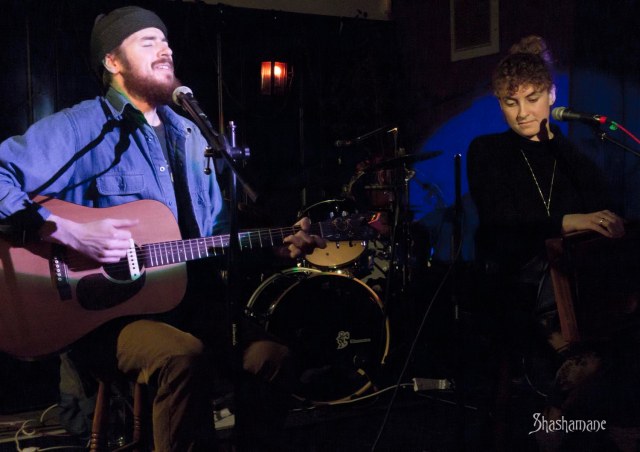 Joey Herzfeld was also on the bill, here playing with Hugh and Chris and his set and engagement went down very well indeed.  Yellowhammers were also a hit and there was plenty of dancing going on to their brand of post-punk.  The night concluded with a storming and energetic mod, soul set from The Primes despite being beseiged with microphone gremlins. It was another great night and incredibly varied but it all works so well.