The last time Brix and the Extricated were in town they were playing at The Waterfront supporting the Jesus and Mary Chain whilst I was upstairs in the Studio to see Slim Cessna’s Auto Club, which turned out to be a gig highlight of the year for me. So I was pleased to see the announcement of Brix and the Extricated at the Arts Centre, especially when it was later revealed that Gladboy would be performing as support. They are big fans of The Fall, particularly Brix-era Fall and were understandably excited for the gig. 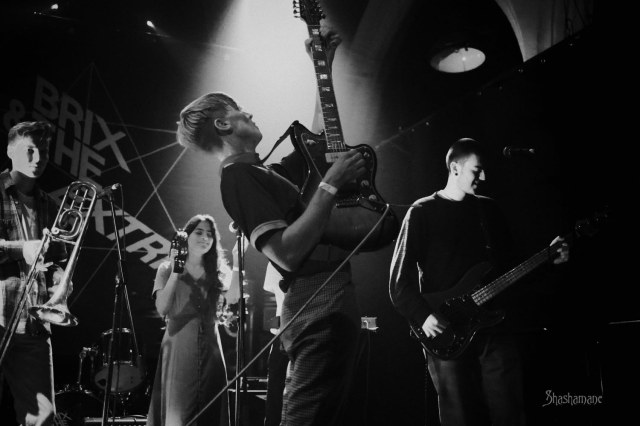 They’ve evolved, adapted, progressed and expanded since I first saw them (“the band whose numbers expanded”?) and they are now a five-piece but at times there were six of them with the effective addition of trombone again for a few numbers.  I seem to say this after each time I see them but this definitely felt the best and strongest showing yet from the already excellent Gladboy, it shows their continuous and rapid evolution and development.  They play with heart and passion and intensity but also subtlety giving the set plenty of variety. There is an excitement to their performances and the energy and balance of the band is perfect. I think exciting times lay ahead for Gladboy if there is any justice in the music world and they clearly impressed the watching members of the Extricated too. 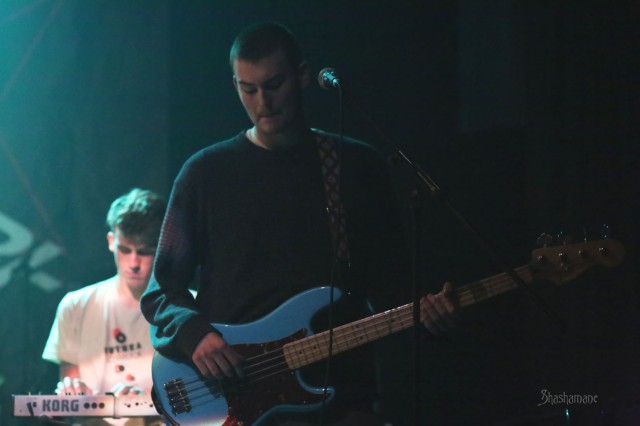 Gladboy continue to fulfill their destiny and will have their own headline Norwich Arts Centre gig next year. They play for PONY UP on Saturday 11 May. 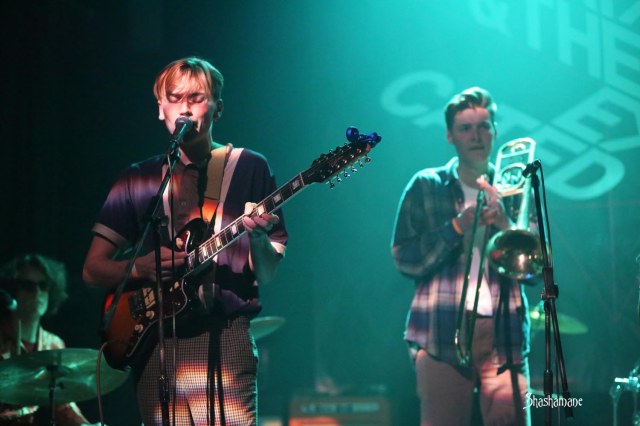 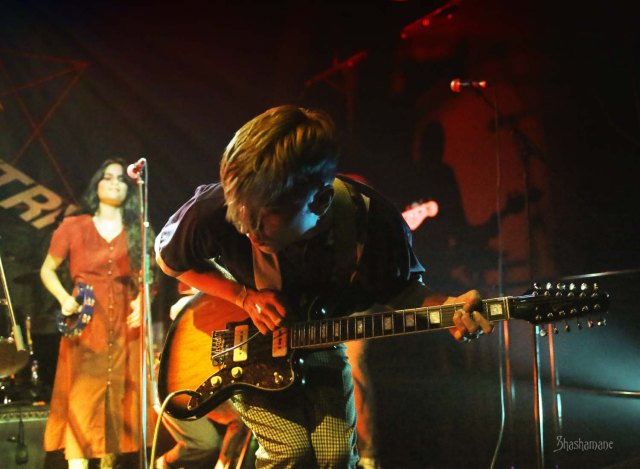 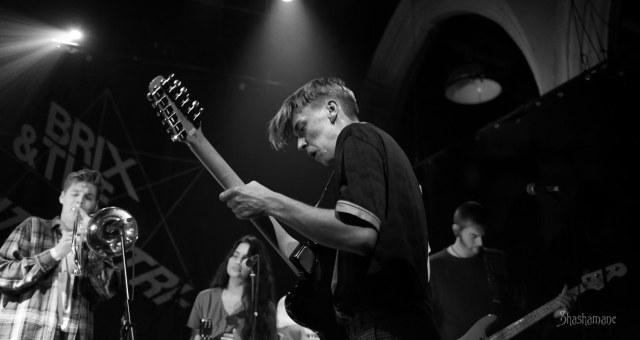 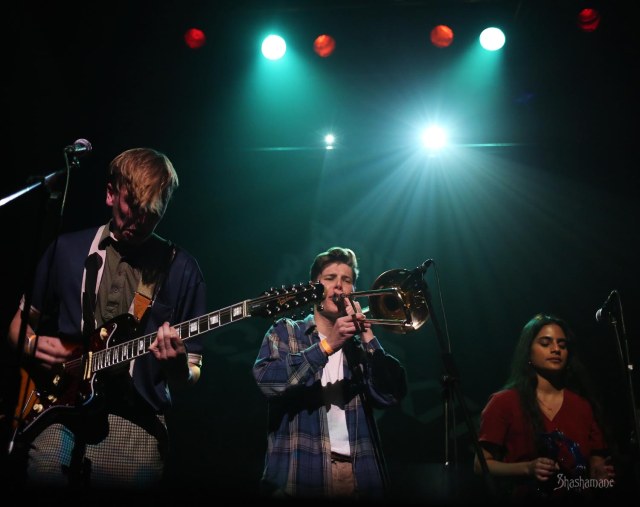 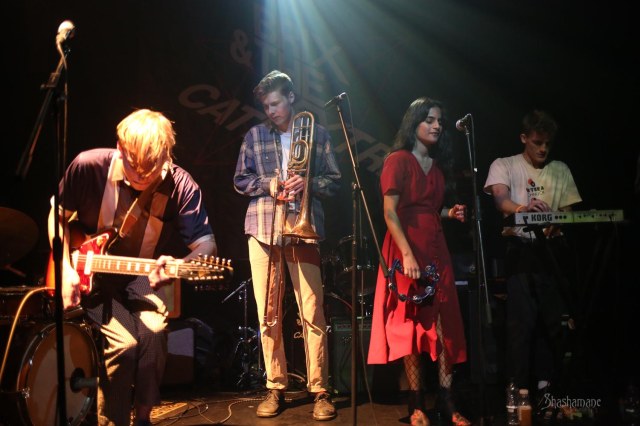 Brix was led towards the stage in theatrical style, her face adorned with a full mask as the band with their legendary Hanley brothers rhythm section opened the set.  There were a sprinkling of Fall covers played (Feeling Numb, Glam Racket, Deadbeat Descendent, and an encore of Totally Wired) and these familiar songs got a good reaction. They may have divided some opinion a little bit with some wishing for a few more Fall songs but this isn’t The Fall despite featuring some ex-members and on the whole I found the gig an enjoyable experience and one which was well attended.  There were a number of people in the audience who would not necessarily call themselves fans of The Fall who loved this band, so that in itself is quite interesting. At any rate it was good to see Brix in such joyous abandon fronting this band full of self-belief in their own new material but also happy to acknowledge their Fall past. Brix seems well into it all and genuinely pleased to be performing and very appreciative of her audience. How many great artists have we seen originally from LA play in Norwich this year?  We have been very lucky and this was another gig that went down very well with the Norwich crowd. 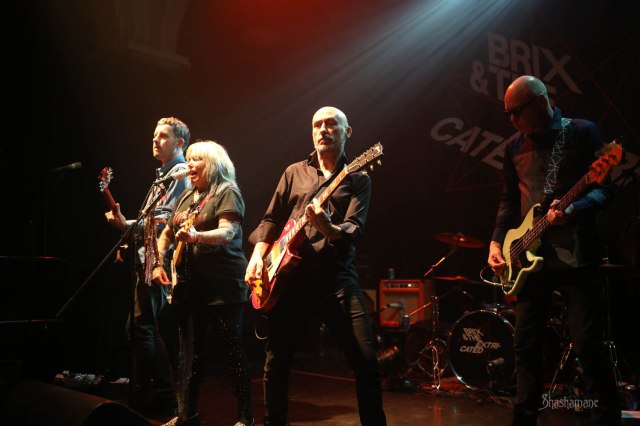 Brix and the Extricated 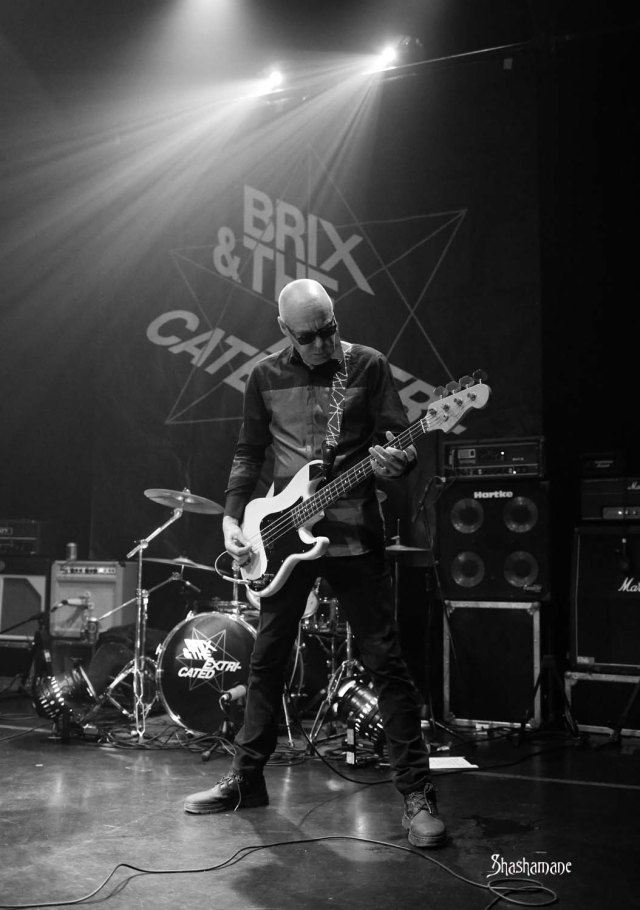 The band is as solid and powerful as you would expect and Jason Brown is clearly enjoying himself onstage, throwing many a guitar pose but it was hearing the Hanley brothers that was possibly best of all. 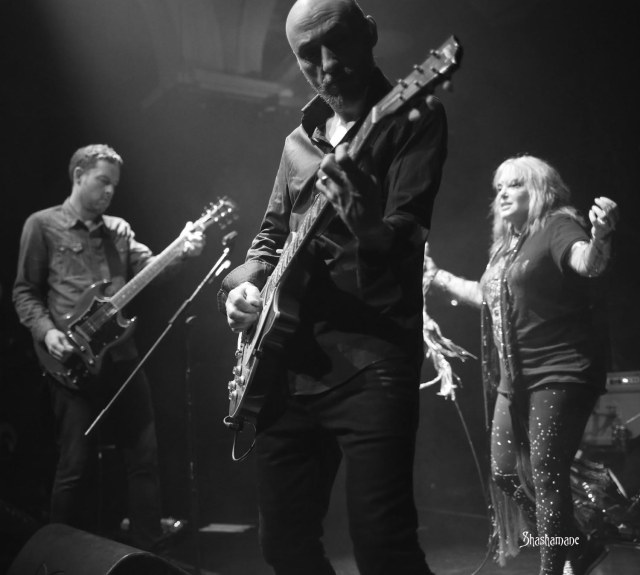 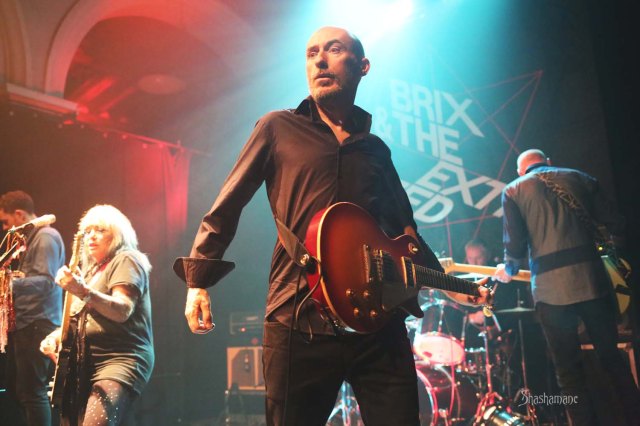 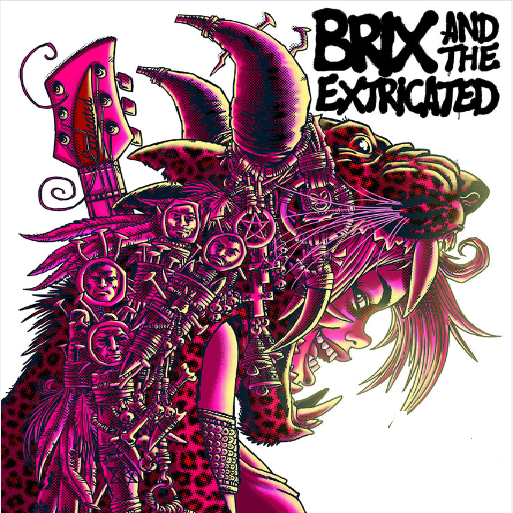 Touring new album Breaking State (with Tank Girl-Gorillaz style cover artwork by Rufus Dayglo) this was the final date of their UK tour. Brix was very friendly and open, happy to chat and meet the fans. 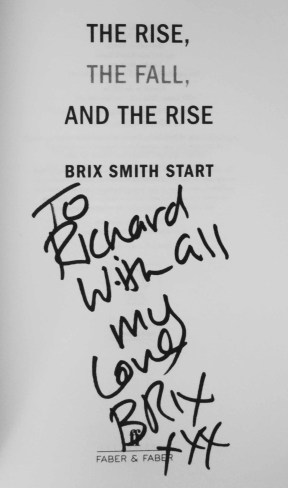 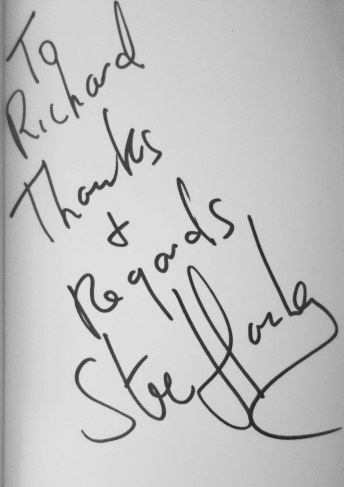 I have read the excellent books by Brix Smith-Start (The Rise, The Fall, and the Rise) and Stephen Hanley (The Big Midweek) and they are both among the finest music biographies I’ve read so I actually ended up buying them both (again!) just so I could have signed copies, as they all happily did at the end of the gig, mixing in a friendly manner with all who visited the merch table in the foyer. 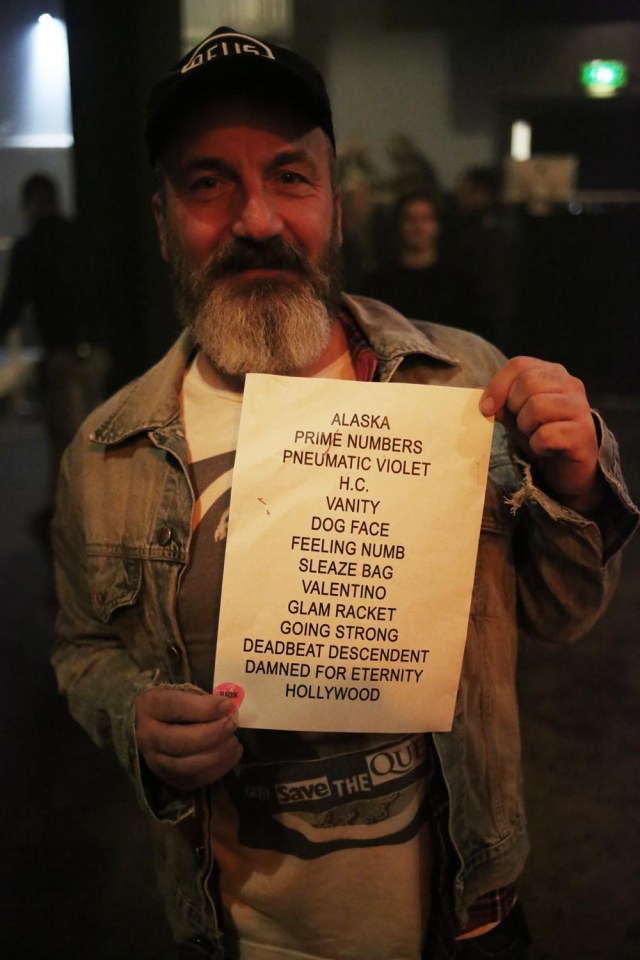 Earlier in the day I caught the train to Lowestoft to see one of my favourite bands in one of my favourite pubs, the wonderful Stanford Arms which despite being some 30 miles or so from my home manages to feel like my local. Fine ales, owners and regulars it just feels so welcoming and homely. Plus of course it is always a pleasure to see Hot Raisin and it felt like a long time since I last saw them playing for Women of Oxjam. Train times, however, meant that I had to leave before they finished in order for me to be back in Norwich in time for the NAC gig.  As it turned out I was able to pop into the Reindeer for a little while to catch the end of Dove and Boweevil‘s set before making my way to the Arts Centre, making it a three gig Sunday! 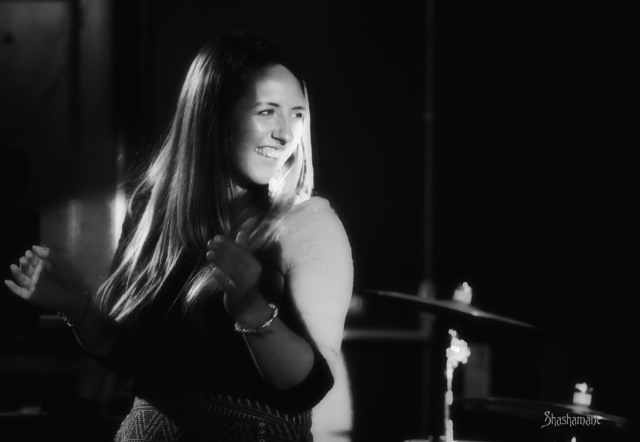 Lauren. Dove and Boweevil at The Reindeer. 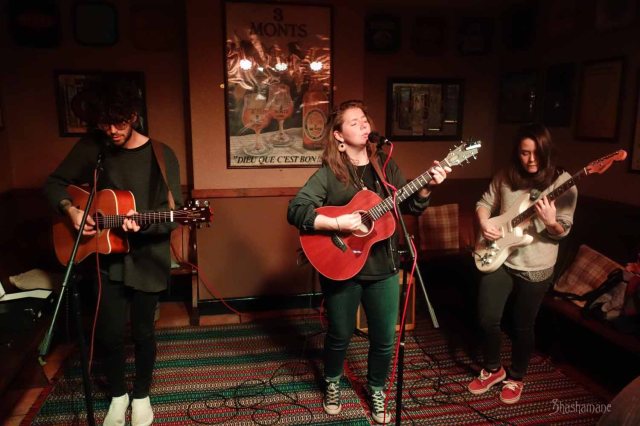 Hot Raisin at The Stanford Arms in Lowestoft

http://www.bulb.co.uk/refer/mrshashamane (If you are thinking of switching energy supplier, use this link and we both get £50 credit).