This gig set a new record for me, the longest time-span between my seeing a band for the first and second time, some 36 years since an unforgettable – and memorably loud – Killing Joke gig in the same venue in October of 1982. I think Danse Society were support that day. 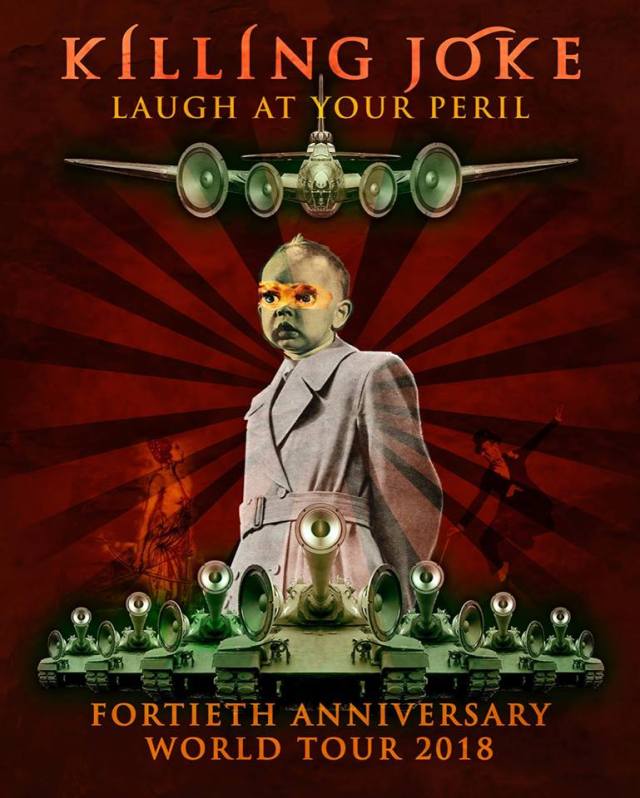 Upon arrival it was disappointing to discover that Phobophobes, who were listed on the billing, would not now be playing but soon discovered that it was for reasons of a band member’s family bereavement so this was completely understandable and accepted with sympathies for all concerned.  They even had the good grace respond to a fan’s disappointment by offering on social media a ticket to a gig of the choice of said fan.

Opening up the night then was Turbowolf, a band I’d heard great things about and plenty of recommendations. They were loud and with a charismatic showman of a singer but I’m not sure if it was the venue or what but they largely failed to connect with this crowd at all other than a couple of dozen people down at the front. Matters were made worse when the singer tried to make that connection by asking us “What’s great about Norwich?!”  I was somewhat irked when someone responded “F-ck all!” and it was all downhill from there really, tellingly the floor filled up considerably as soon as they ended their set.  I’m not down on them at all, I just think the venue and wrong audience worked against them, few seemed in the mood to give them much of chance but I felt they could be amazing in a much smaller space playing to their own sort of crowd, it just wasn’t happening for them here and there was a lot of space on the floor. To their great credit they still put everything into the set and played for those few at the front who were digging their brand of psych rock.

The return to Norwich of Killing Joke was something I’d really built up in my head as they were certainly the loudest band I had yet heard when they played the LCR in 1982, my ears were ringing for days after but the gig was memorable for much more than that, they were simply collosal and magnificent.  So why it has taken me 36 years to see them again? That is a total mystery and I have regretted ever since not seeing them at the Waterfront in 2012. 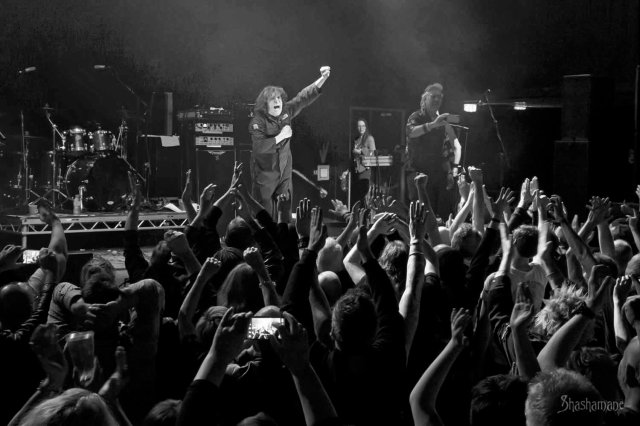 This tour is celebrating 40 years of Killing Joke, I was expecting a sell-out crowd but it was probably only just over half full, many people surely priced out by the £31 ticket but I actually prefer the LCR with that sort of audience size, it still has plenty of atmosphere and doesn’t feel so overcrowded that it takes fifteen minutes to get to the bar or the loos and back.  Anyway, the band opened with Unspeakable, what a way to start!  I expect we have more restrictions on decibel levels these days or, quite possibly, my hearing isn’t what it was but this felt to me nowhere near as loud as I remembered them all those years ago but still pretty impressive and it was amazing to see this classic line-up of Jaz, Geordie, Youth, and Paul. They all seemed really up for it and into it too, Jaz every bit as intense and captivating as he ever was, in a black boiler suit, face-paint, a mass of black hair and those penetrating, searing eyes which were surely visible from anywhere in the room.

There’s an intensity and dark menace that feels like it is soundtracking the end of days, which I have always loved about Killing Joke and their setlist covering no less than 18 songs did not disappoint. It spanned their career and had a good helping from those early albums that I love so much. It was a treat to again hear in a live setting the likes of Requiem, Eighties, Pssyche, Follow the Leaders and you can’t go wrong with an encore of Love Like Blood, Wardance, and Pandemonium.  They still play with the same passion and intensity as ever and certainly still feel relevant.  Killing Joke were good, very good and there were plenty of people going nuts down the front and although I enjoyed it I couldn’t help feeling a bit disengaged from it all for some reason, in all likelihood because I had built it all up way too much in my head, I hadn’t been so excited for a gig in a while. So, very good and impressive but not the classic I was wanting but that’s usually the way with the weight of expectation and so it’s unlikely to be one I will be reminiscing about in the same way as I do about seeing them as an eighteen year old in 1982 in 36 years time should I make it that far. That’s not putting down this gig, it’s highlighting just what an indelible impression they made on me the first time.

http://www.bulb.co.uk/refer/mrshashamane (If you are thinking of switching energy supplier, use this link and we both get £50 credit).