Posted on November 1, 2018 by shashamane

We all know what is happening with music in Norwich is special, right?  Tonight’s gig at Norwich Arts Centre was my 9th gig in a week and yet I still felt a degree of regret at all the gigs I was not able to attend in that time! The NAC on Halloween night featured no less than three brilliant local young acts in a showcase of Sonic Youths talent with the headline being Lucy Grubb launching her new EP, with full band.

The city is full of people passionate about music. Following the recent announcement of the possible closure of the Brickmakers some of these very passionate music fans formed a Future of Norwich Music Forum group which is already paying off with some positive initiatives, connections and ideas with such as the EDP showing great enthusiasm to embrace the momentum of positivity around Norwich music. Another is Annie Catwoman of the excellent NAC Sonic Youths showcase for musical talents between the ages of 14-19. How many other cities have such things I wonder?  Tonight I was at the Arts Centre for Lucy Grubb’s Dear Walter EP launch, Lucy of course being part of the Sonic Youths Family as well as the other acts on the bill, (the) red dear and Aphra.

As I made my way from the bus stop (bike problems) to the NAC, passing countless ghosts and zombies (and that is without even setting foot on PoW Rd!) I noticed the Arts Centre had illuminated the path with candlelit pumpkins carved with the likes of Lucy’s name and the event. Oh how I love this place!

Congratulations to @_lucygrubb for putting on such an incredible show last night for her EP launch! pic.twitter.com/Y3iCoOrbNF

It was (the) red dear who opened proceedings and they too have just released their second EP, a stunning collection packaged in a most beautiful and creative way, with pieces of a deconstructed classical guitar from the recordings themselves included as part of the limited edition CD release. I like their thinking, a lot and always enjoy their performances. They played tracks from it and also their previous EP. 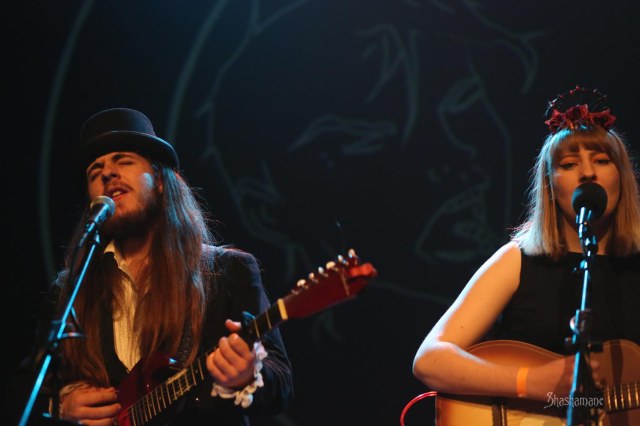 I’ve seen them a number of times and they have always impressed me but they have usually played as a duo, on this occasion it was the debut live performance of the full band which included not only the core duo of siblings Dill and Izzy but also drums and bass (Gladboy‘s George, Gladboy of course also released a new EP earlier this week at The Waterfront). All of them dressed to the Halloween nines. The sound was altogether deeper, fuller and even warmer and it felt like hearing familiar songs yet different brought to animated life with this really rich live, full sound and giving a different angle on the songs. Impressive stuff. Worth mentioning as George was playing with them that Gladboy too are graduates and rapidly rising stars of the Sonic Youths Family. See how amazing and productive this harvest is?

Several of that band were back onstage shortly afterwards, with APHRA, albeit with costume and instrument changes and an altogether bloodier look for this Halloween night gig.  Almost as much fake blood onstage as at a Starcrawler gig! Dill was now on drums whilst initially Izzy and George were providing backing vocals and handclaps for a cover of … The Monster Mash!  Visual and engaging set, and once again, APHRA also have an EP available.

Lucy Grubb is someone I first saw back at the Blueberry years ago when she was still at school and I’ve obviously seen her a number of times since then. Her talent and development is phenomenal, one simply does not assemble such a formidable band of talent that includes illustrious local musicians from the likes of The Vagaband, Sweetbeats, Meriya among them, without having something special to make these artists want to work with them. The band included Kev on bass, who also runs The Forge Studio where Lucy’s (and Gladboy’s) EP was recorded.  It was good to see Patrick on pedal steel with the band (in St. Pauli shirt too).

Already the veteran of a rousing Red Rooster main stage appearance, national airplay and nationwide gig appearances but still just 20, you almost have to pinch yourself when Lucy introduces a song as “an old one”!

She already has enough material for a full set, with tracks from both EPs, a couple of covers and one or two less familiar songs but everything is strong and she even had the confidence for a solo segment mid-set. Dear Walter itself had many an audience member choked up, especially with her introduction. Old soul, country storytelling style of songwriting from East Anglicana with a refreshingly assured stage presence, charisma and an easy banter replying to the audience. This was hugely impressive and Lucy Grubb has something quite special plus an easy, unaffected naturalness. I think if she was from Tennessee and as well known as she deserves to become people would probably be queuing up for tickets weeks in advance. As it was the NAC was just about full anyway with a great, mixed crowd and terrific atmosphere. If I had to describe the gig in just one word it would be “Triumphant”.  Watch out for Lucy Grubb, she’s special. So too are so many others given a first opportunity and leg-up by Sonic Youths, look out for them too. Amazing things are happening in Norwich with our music.

The prospect of heading out and overcoming tiredness and yet more bloodied zombies for that 9th gig in a week could have been daunting but I was keen to see this gig (despite once again dozens of other gig-clashes on the same night) and left on quite a high not only from the music but the wonderful atmosphere of a mixed but predominantly youthful crowd in my favourite venue. Anyone who thinks young people don’t go to gigs these days should look again at their gig choices, some of my recent gigs, especially those featuring the #SonicYouthsFam in the past week or two have been amazing and full of youthful energy and enthusiasm on and offstage; we all know how great music makes us feel sixteen again.

Lucy will be back on this stage again on 21 December for night number one of The Vagaband’s two Midwinter Moonshines but before that she will be playing at The Bicycle Shop supporting Kitty MacFarlane on Sunday 9 December for Phil Di Palma music. Tickets are £7 (+70p) from WeGotTickets.com or £9 otd. 7:30pm. 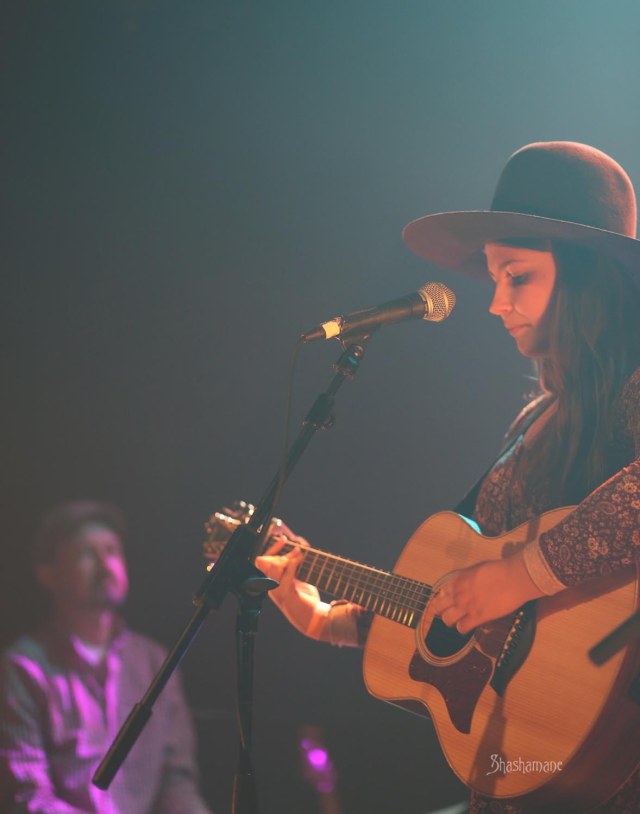 Thanks to the red dear, APHRA, Lucy, Annie, Outline and NAC. 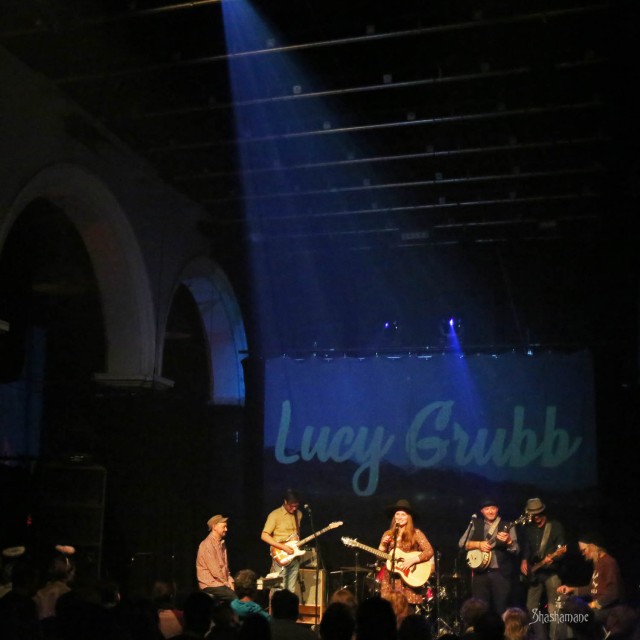 Also appears in a slightly different form as an Outline review.

http://www.bulb.co.uk/refer/mrshashamane  (If you are thinking of switching energy supplier, use this link and we both get £50 credit).