Two phenomenal, legendary and influencial acts on the same bill meant that despite not owning much music by either of them I had not too much hesitation in parting with over £30 for the unique privilege of seeing them both in a heavyweight double-header in our city. 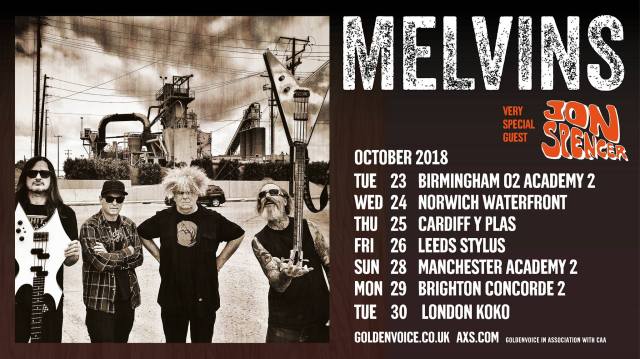 As sometimes happens at the Waterfront there were two events happening simultaneously and therefore also two queues for the venue beforehand, very distinct and different queues at that with fans also there for Bad Sounds who were to play the upstairs Studio. 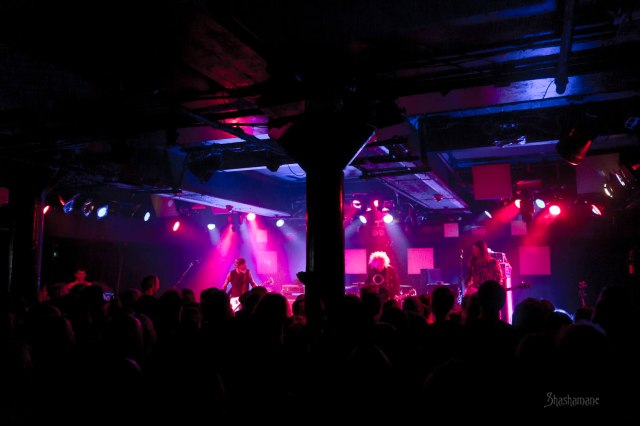 “The Melvins return with the new album Pinkus Abortion Technician, featuring both ongoing Melvins’ bass player Steven McDonald and Butthole Surfers’, bottom ender Jeff Pinkus on bass. “With our upcoming release, we double your bass player with Steven McDonald AND Jeff Pinkus holding down the bottom,” explains Dale Crover. It’s an experiment in the low end of the aural spectrum where we asked ourselves, ‘would it work?’ ‘could it work??’ ‘should it work???’ The answers were yes, yes and YES!”

“We’ve never had two bass players. We’ve had two drummers and two guitar players so it makes total sense to now have two bass players, adds Buzz Osborne. “We’ll be taking this two prong bass attack on the road as well which should prove to be interesting.”

Joining them for these shows, the one and only Blues Explosion man Jon Spencer is back! Often imitated, never duplicated, the original NYC underground-rock legend returns from the wilderness with twelve red-hot hits, each more powerful than the last!”

The night downstairs opened in phenomenal style with Jon Spencer (and the Hitmakers), known to most from the Jon Spencer Blues Explosion. This was trashy garage rock and roll at its best. Literally, because as well as a drummer there was also a percussionist (with Olinski hair) bashing trash cans and what appeared to be junkyard car parts and scrap metal with two claw hammers. I later dubbed him Edward Hammerhands.  Jon Spencer was bashing out these trashy, punky chords on his guitar and the whole band was an absolute powerhouse.  I wasn’t making out the vocals too well but that may be because I was standing near the PA stack when the first chord was struck and I soon reached for the earplugs which is something I rarely do but this was a necessity in that spot! 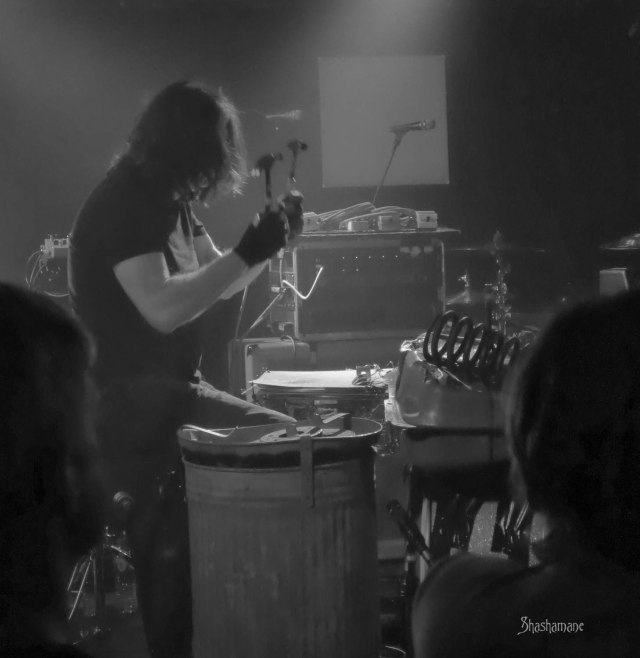 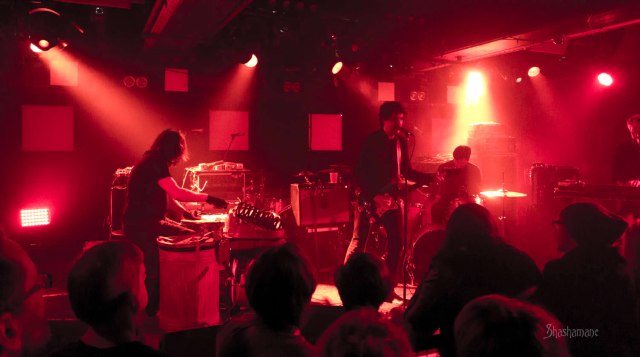 Really hope we get another chance to see Jon Spencer, this is real Red Rooster material for a Punk Rock Blues night! 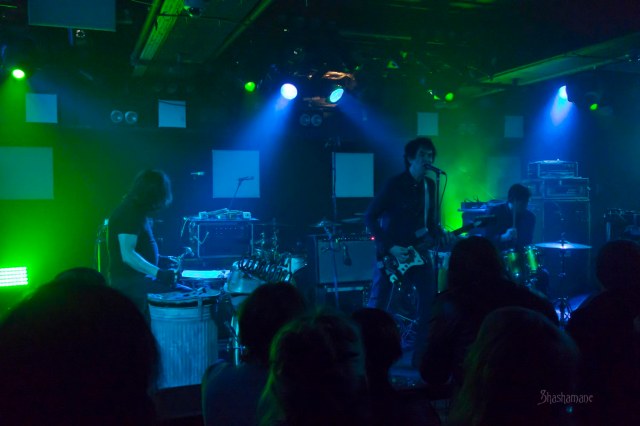 Half an hour or so later and it was time for the Melvins. Now featuring two bassists with Butthole Surfers’ Jeff Pinkus joining Steven McDonald. Buzz with his distinctive mop of wild, curly white hair was of course on guitar and vocals and dressed in what appeared to be a wizard’s gown.  I read somewhere on YouTube a comment that described their sound as ” … the sound of tectonic plates shifting … ” and I had this thought in my head a few times during the set.  As often happens at the Waterfront, I was unable to settle on a good vantage spot nor get close to the front so spent most of the time towards the back which although perhaps made me feel a bit more detached than I’d wish it was probably better for my hearing and didn’t require the earplugs back there so I could really feel this immense power. Both bands delivered big time and what a pairing they are, Jon Spencer would push anybody on with a set like that. 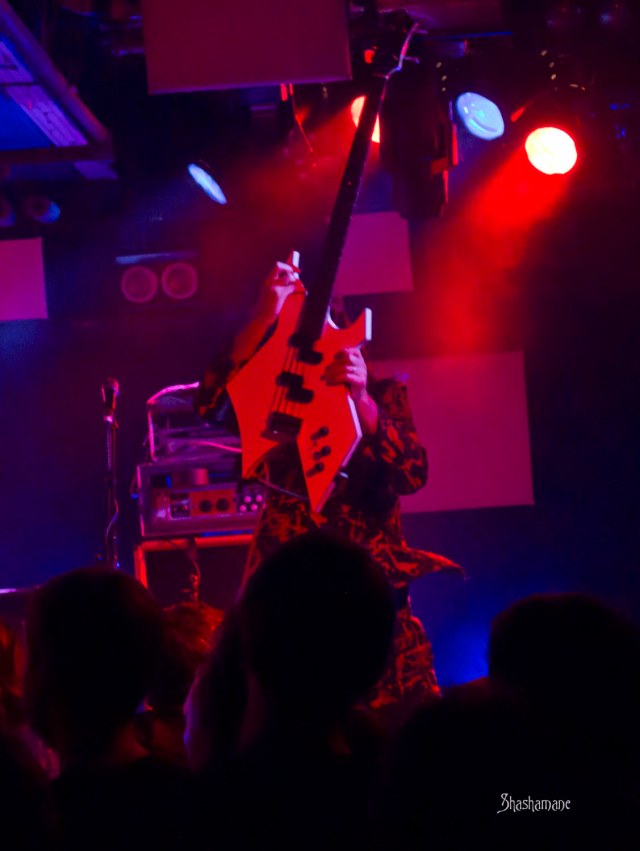 Quite some gig.  There was a very enticing display of merch on the table but my heart ached a bit that I couldn’t afford any of it. The posters were stunning but if I’d have had enough for one item it would have been the Jon Spencer record.

I don’t think I’ve ever seen so many familiar faces at the Waterfront; there were dozens of local musicians in attendance, and not only those from the heavier acts either.  It may have been over £30 but this was the hottest ticket in town and money well spent, the place felt full (with over a dozen other notable gigs happening in the city on the same evening) and was a night that will live long in the memory. Incredible lineup and gig. 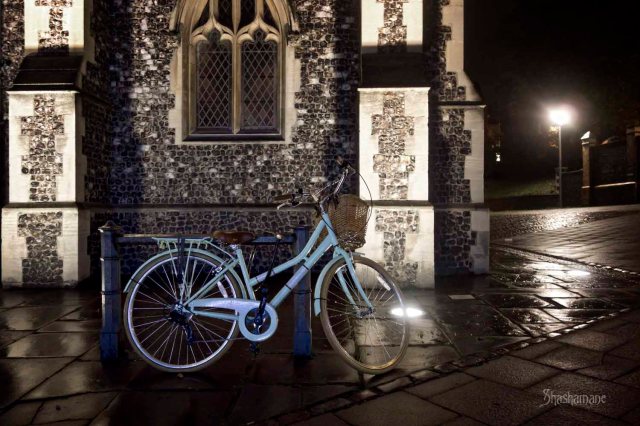 Possibly a dodgy photo snap or two to follow but I wasn’t on camera duty for this gig.