Back once again at the NAC for my fifth consecutive gig here with the barrier up, which shows how lively some of my recent gigs have been, this was no exception with an enthusiastic and what felt like yet another sellout crowd. On a damp Tuesday as well.

First act of the evening were a completely new name on me. Russo are the latest in quite a run of LA bands and artists we’ve had visit Norwich this year (Starcrawler, The Regrettes, Shannon Lay, Kolars et al. have all visited us this year. Can we have Death Valley Girls next, please?)  This pop-punk outfit Russo are not a band I know anything whatsoever about other than what they told us onstage but they quickly won me over and played with plenty of heart, energy and enthusiasm.  The early slot meant the crowd were still a little shy and hadn’t quite warmed up yet but the band did their best to get some movement going and the engagement was very endearing. I particularly loved the interplay between singer Cailin and guitarist Tyler who reminded me of a young manic punk Wilko Johnson.  He’s quite a character and every bit as visual as Cailin who seemed very at home on the stage.  The bassist and drummer balanced things nicely. 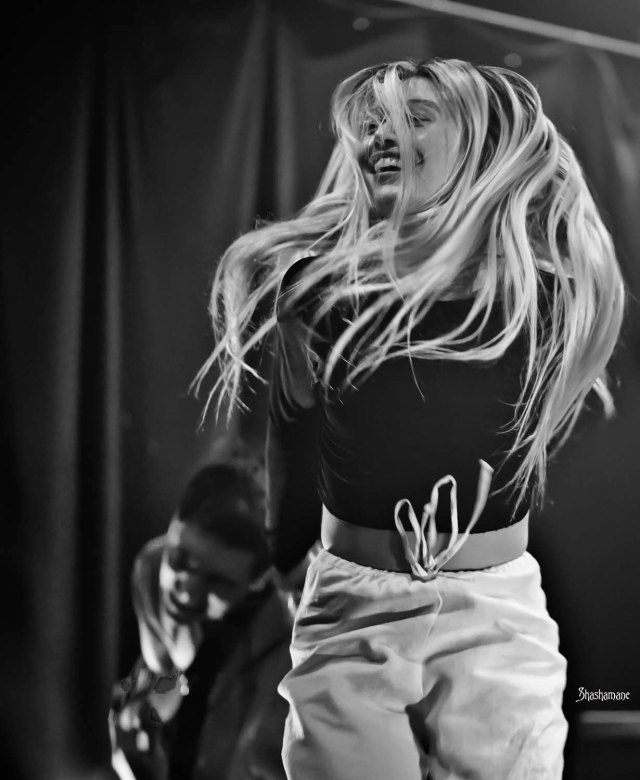 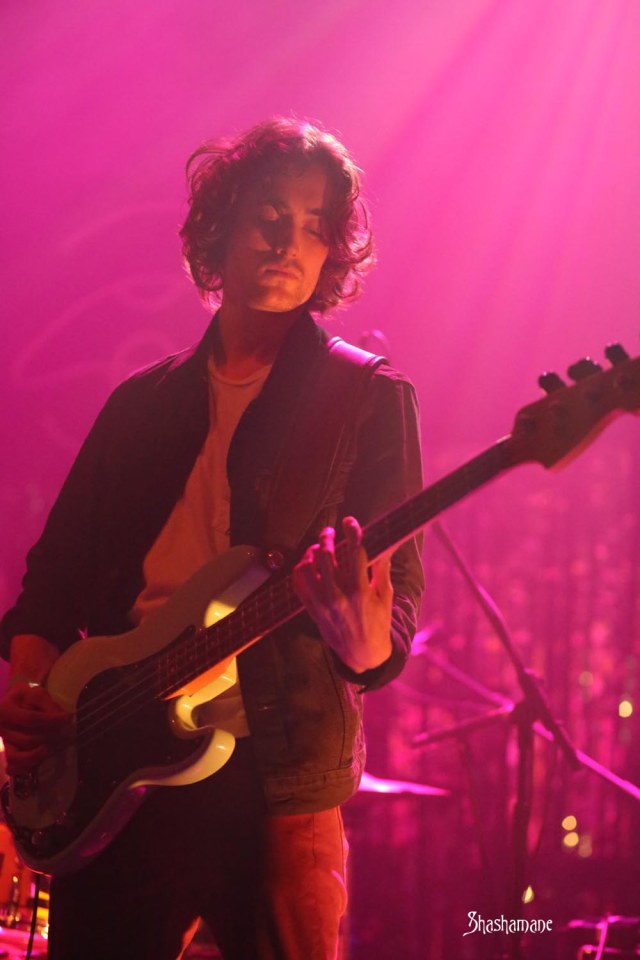 Opinion among some of my friends in the bar seemed divided but personally, I enjoyed them.  They aren’t groundbreaking but are fun and play with the right spirit. Would I listen to them at home?  Yes, I think so, they had a few earworms like Bad Things and Joyride and I found the live set enjoyable. It was just the sort of thing I wanted to hear.  I’m appreciating anyone decent after Spitfires too.  There was a vast display of Blood Honey merch in the bar, and a smaller table of PINS merch (all of which I think I have anyway) but couldn’t see any of Russo’s.

I saw PINS several times in the past couple of years or so and especially enjoyed their NAC gigs when they supported Honeyblood, and then their own headline show.  They also played the Waterfront Studio last autumn and were very good but it didn’t quite have the same level of magic of the special Arts Centre gigs, perhaps it was just a venue thing but that was also their last tour with that line-up. Anyway, since then I became aware that they trimmed down from a five-piece to the core trio of Faith, Lois, and Kyoko, and now with Abbi on drums but hearing them here it was amazing how much more powerful they are now. It was nice to catch up with Kyoko beforehand and hear how obviously excited they are about the new sound (and also their appreciation of NAC).  They have effectively completely re-invented themselves with not only a new line-up but an entirely new set of songs too. Lois is still the dynamic livewire on guitar, Faith has a cool stage presence as she sings lead, Abbi is terrific on drums and Kyoko is now on bass and what a bass sound. Fuzzy and dirty and something quite Manchester about it too, making me think a little of another band from that city, early Joy Division.  I don’t think I’ve seen a band re-invent themselves quite so comprehensively and successfully as PINS have done in less than a year.  I liked the old PINS a lot but I love the new PINS live show even more and look forward to hearing some recordings.  They are loud and powerful and altogether harder. Very impressive. I did move to the back of the hall towards the end to see if the power was projecting as massively as I felt it at the front. It certainly was. 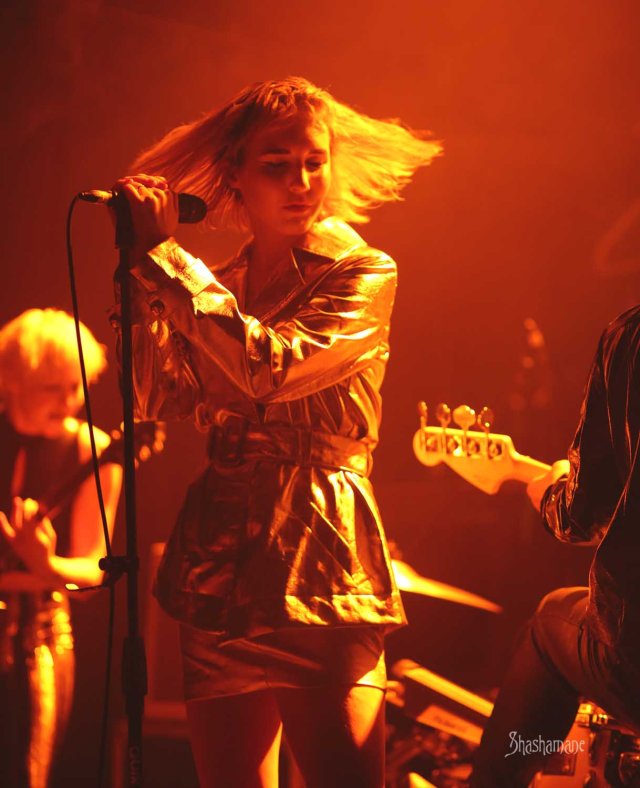 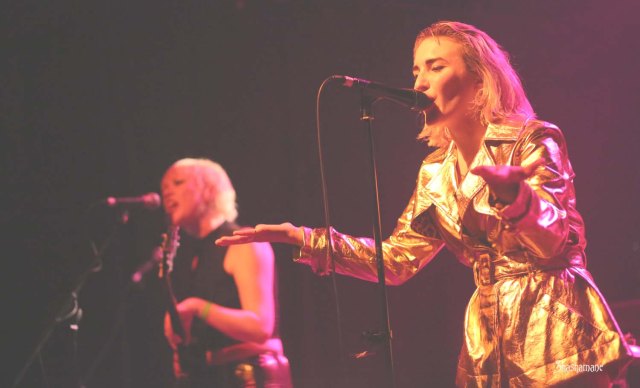 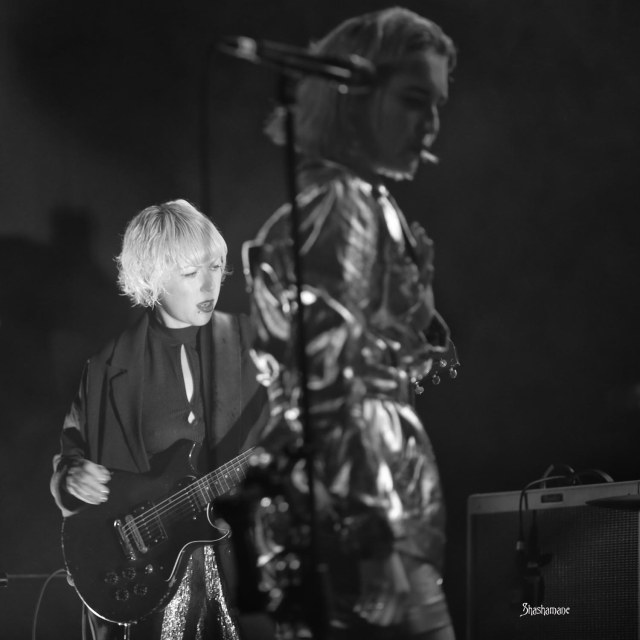 Us gig veterans of several decades were still well-represented at this gig and I saw several friends and gig regulars but on the whole it was a predominantly young crowd which was great to see.  In a time when there is concern about keeping venues alive and getting younger audiences to attend gigs it was further proof that the audience is definitely there as this sold out gig on an October Tuesday evening proves.

Everyone was keen to secure a good vantage point ahead of Black Honey‘s appearance onstage and it was clear the headliners tonight were the ones who the majority had come out for. The hall was pretty packed full of devoted fans squeezing close to the front as the intro tape played, creating a sense of occasion and anticipation. There was plenty of singing along to the songs as soon as they started.  Black Honey reciprocated the appreciation admiring the turnout as their only previous city appearance was at the Mash Tun for the 2015 Norwich Sound & Vision Festival.  They remembered Alex of Anti-Despair Machine too, who was part of this enthusiastic audience.  The rapport between band and crowd steadily grew and we even had a moshpit going for much of the time. It wasn’t the wildest mosh you’ll ever see and was quite “Norwich” but it’s always brilliant seeing an audience go a bit nuts to the music.

I can’t say Black Honey were entirely my thing but I was enjoying it and there’s no denying they mean a lot to most of the people present. If I was in my twenties I’d probably have been going nuts down at the front too. I was appreciating them more than loving them but I did love seeing a crowd so energised at a gig and the band impressed me with what they’re doing and the obvious devotion they inspire in their audience. Refreshing that’s there is such an appetite for this kind of live music too. Black Honey certainly put on an impressive visual show but for me the highlight of the night was definitely PINS. 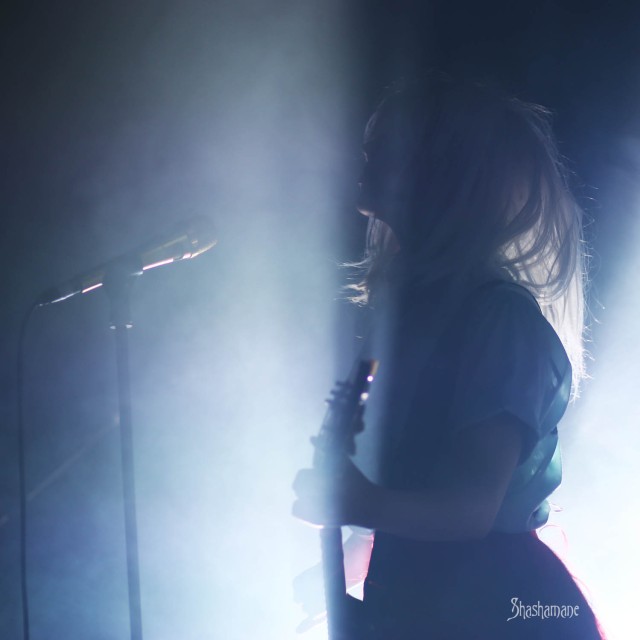 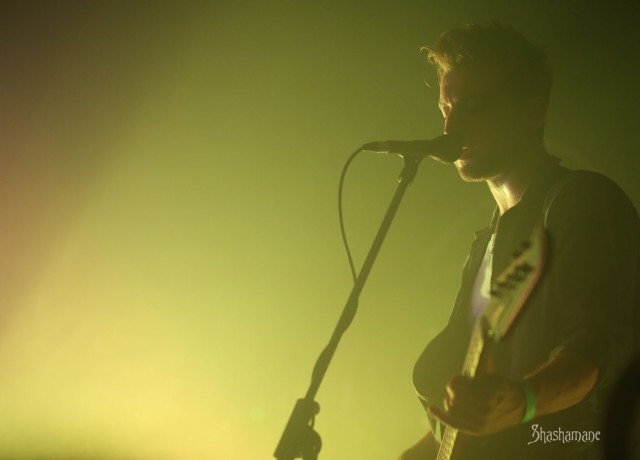 “Following their recent return with magnificent new single ‘Bad Friends’, Black Honey – the UK’s most loved upcoming indie band – have announced a massive UK headline tour for the autumn that culminates with a huge show at London’s Electric Ballroom.

Black Honey are never happier than when they are on the road. Although most of the last 6 months they’ve been putting the finishing touches on their hotly awaited debut album, they’ve found time to warm up with a few regional UK dates recently to try some of the new material live. It was their first run of shows since they came off tour with Royal Blood at the end of 2017 – a tour that took them up a level, as they played to their biggest ever crowds in arena’s across the country.

Their summer is jam-packed with festival dates. Kicking off at London’s Finsbury Park on the 30th June in support of Queens of the Stone Age, they’ve got slots already confirmed at Latitude, TRUCK and Tramlines amongst others.” 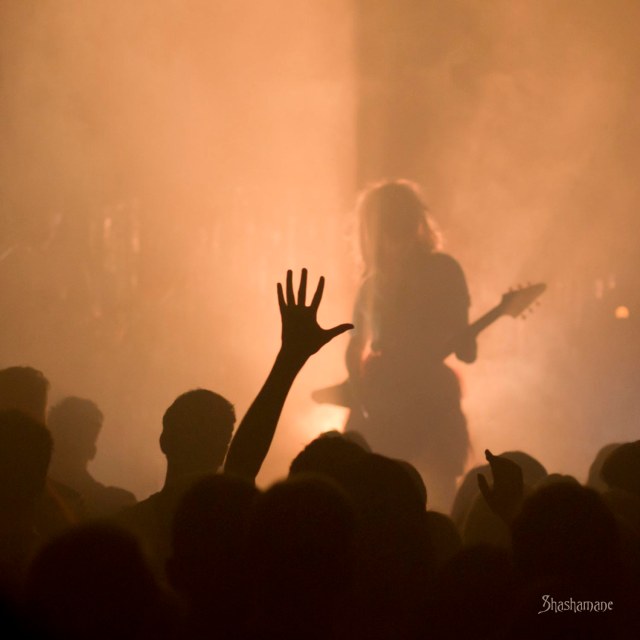 Thanks to Pony Up for such a strong line-up, three very good bands in one night which had the large audience it fully deserved. 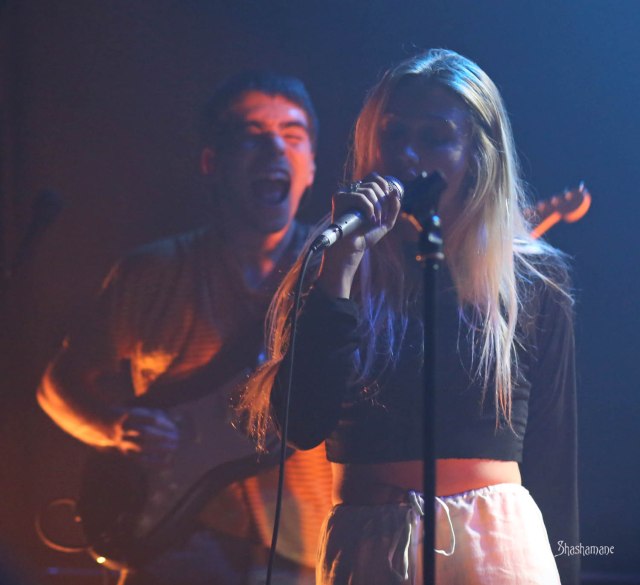 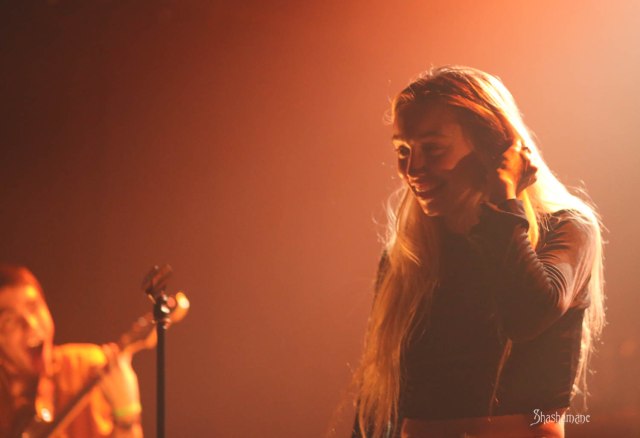 By the way, if anyone happens to be thinking of changing energy supplier I can highly recommend Bulb, who I have been with for about 18 months. This week their refer a friend scheme offers new customers £100 credits to the account with this link: