It’s been about four years since Norwich last hosted a visit from Big Boy Bloater and although I have seen him a few times since then at Red Rooster I believe this was my first experience of the full Limits band, touring the new album Pills on the penultimate date of their tour. 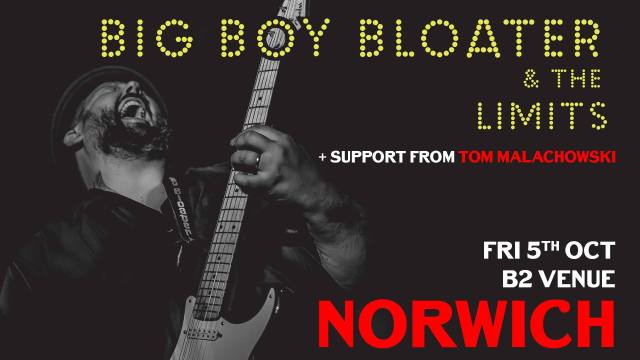 As I am sure most music fans in Norwich know, the Brickmakers/B2 are facing closure, like several other pubs (The Garden House, The York, The Woodman) due to unreasonable rent increases so it felt good to be supporting them in some small way, as well as the petition to save it which has over 17,000 signatures there was a really decent crowd in for this gig.

Tom Malachowski was down to his last few songs when I arrived, and having somehow not seen him play live before I did something of a double take when I heard that growling voice and saw that resonator guitar, I half expected to see Chris from Ida Mae!  Tom’s style is also that kind of blues, acoustic folk rock and very effective. 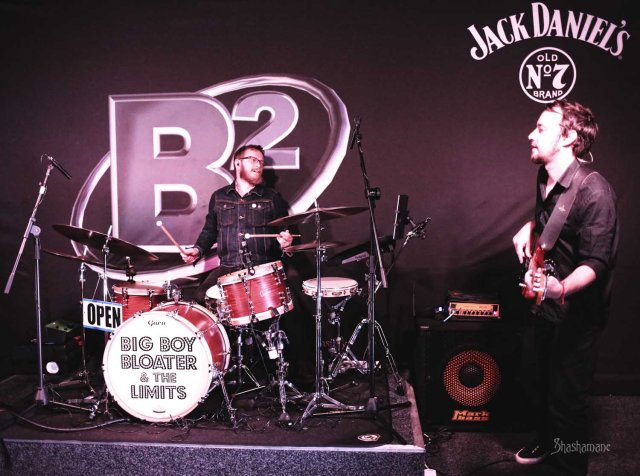 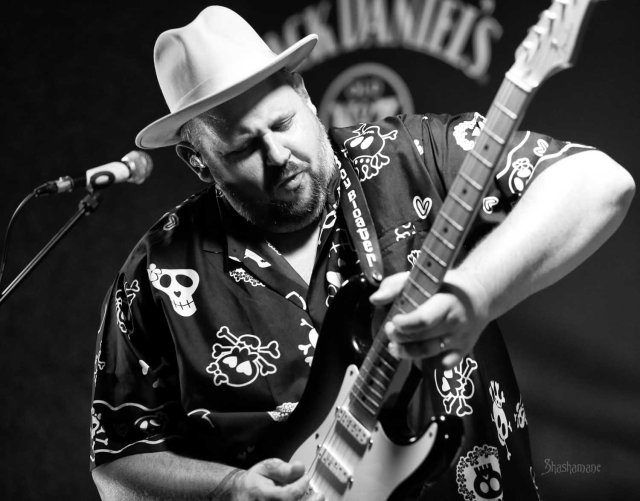 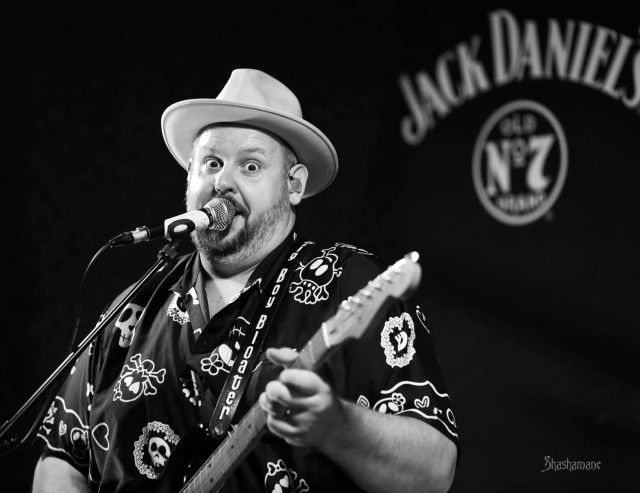 A nice touch when they take to the stage is Big Boy Bloater and the Limits turning a sign on the drumkit from “Closed” to “Open” before getting into a terrific set of songs with a healthy smattering of strong tracks from the new album.  Bloat is not only a very fine guitarist with a sensational voice but one heck of an engaging showman too, he got the whole place involved with toasts, laughter and singalongs. It was a lot of fun and the audience were most vocal in their appreciation.  All three band members play with a smile on their face and we could easily feel how much they enjoy performing.  Really tight too and the sound was great. 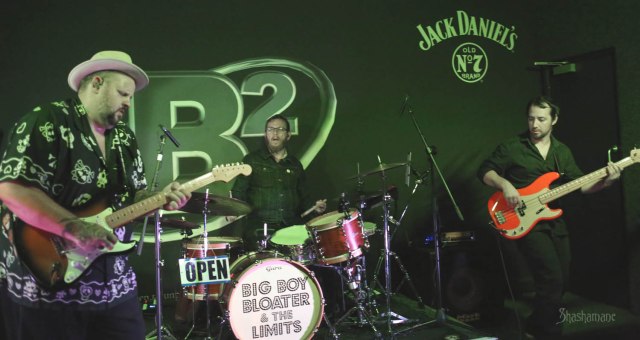 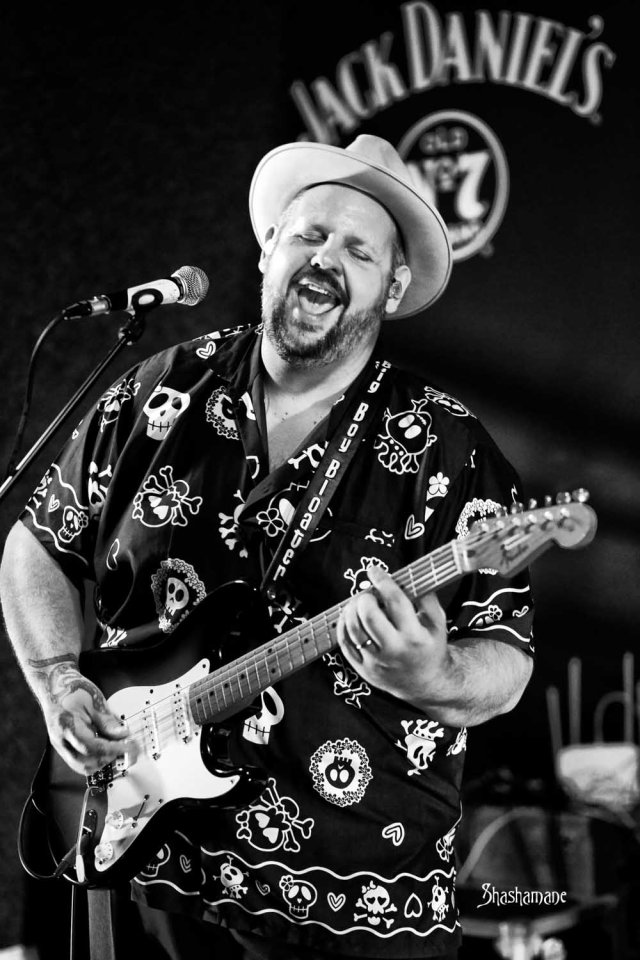 Here’s hoping it won’t be another four years before the next gig they play in Norwich.  After a much-demanded encore we were just about at curfew time so they took some bows, turned the sign back over to “Closed” and we all gathered at the merch desk for chats and signatures.  A fine night and I really enjoyed myself, I think everyone did. By rights Big Boy Bloater and the Limits should be internationally known. Great songs and musicians and a charismatic, engaging frontman. 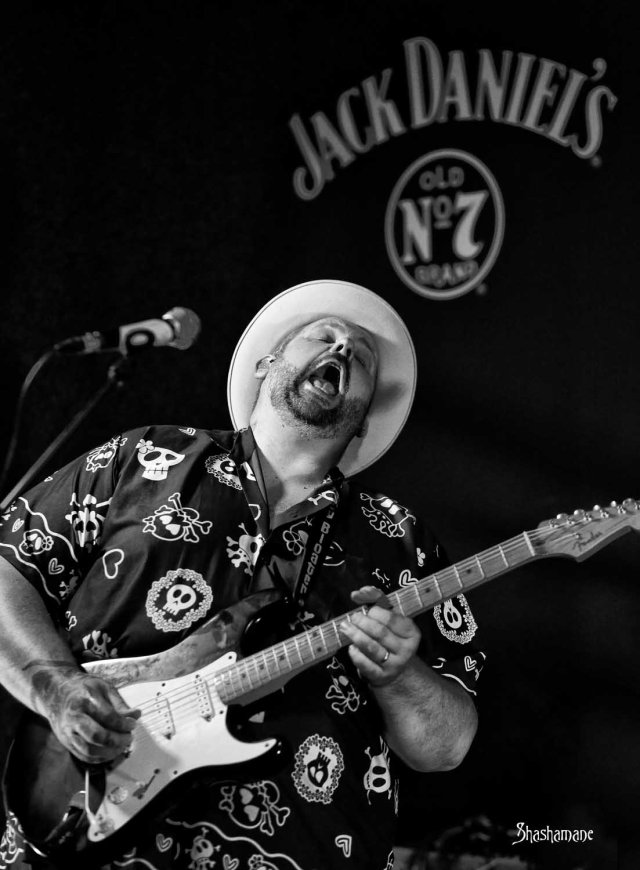 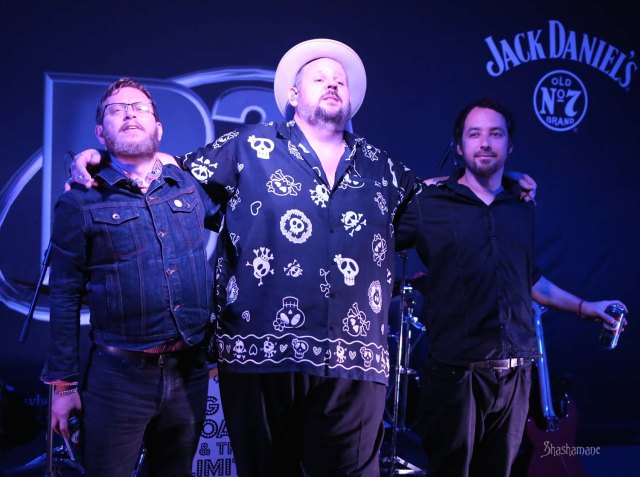 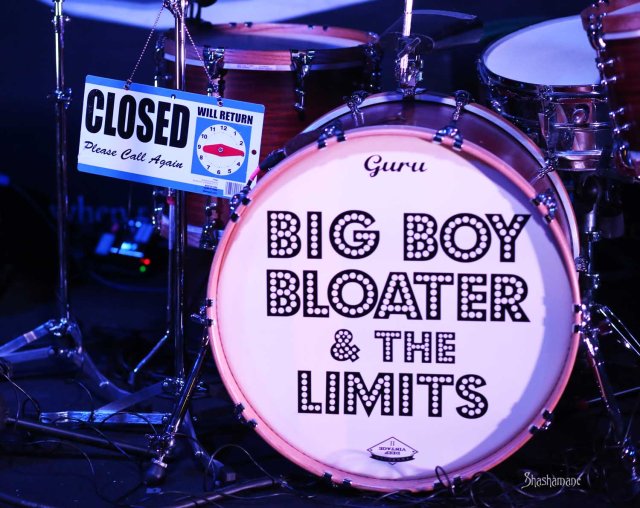 BIG BOY BLOATER & THE LIMITS bring their much-celebrated brand of R&B with a modern twist to B2 Venue to showcase songs from their brand new album ‘PILLS’ plus a few much loved classics from the critically acclaimed album ‘LUXURY HOBO’.

Bring your dancing shoes and be ready for tales of swamp monsters, stalkers, betrayal, conspiracy, robot lovers + more set to an infectious beat, with world class guitar, and a vocal that has not only been compared to a cross between Tom Waits and Howlin’ Wolf but has been voted as one of the ‘top 100 blues vocalists of all time’ in a poll by readers of The Blues Magazine.

The band were also nominated in this year’s ‘Vive Le Rock’ magazine awards as ‘Best Roots Act’ along with Madness and The Selecter. He already has countless celebrity fans including Imelda May, Jools Holland, Craig Charles and more, and the general public are catching on fast so don’t miss this show before he takes off for superstardom!

“One of the great blues men of our time” – JOOLS HOLLAND

“I’m a massive fan of Big Boy Bloater” – IMELDA MAY

“Big Boy Bloater and the Limits have a style that swings and an off-kilter sense of humour. The result is hugely entertaining, and the packed tent shows an appreciation for this bright and flowing set” -CLASSIC ROCK MAGAZINE

“The Big Boy with the big talent and the superb band is a unique artist. On form, like they are here, the three of them know no limits”. – MAXIMUM VOLUME MUSIC” 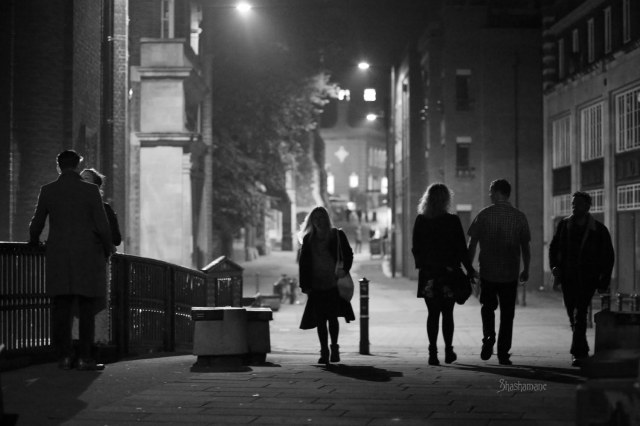 Big thanks to Lisa and Bloat, and all the best to The Brickmakers/B2.