A few weeks ago I was at Norwich Arts Centre photographing for the production of A Very Queer Nazi Faust, an excellent show written by Vince Laws performed to a full house made up of a very lively and engaged audience. 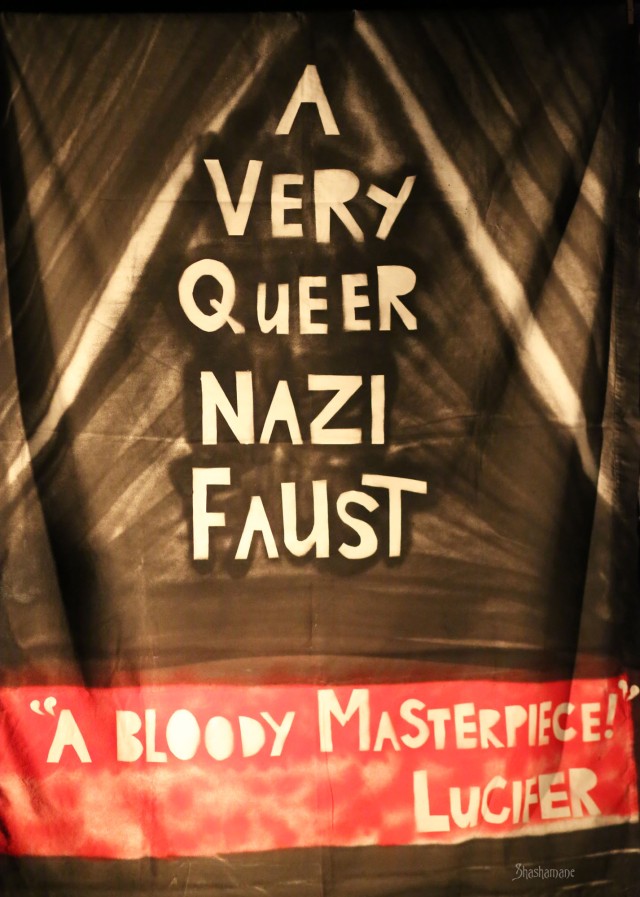 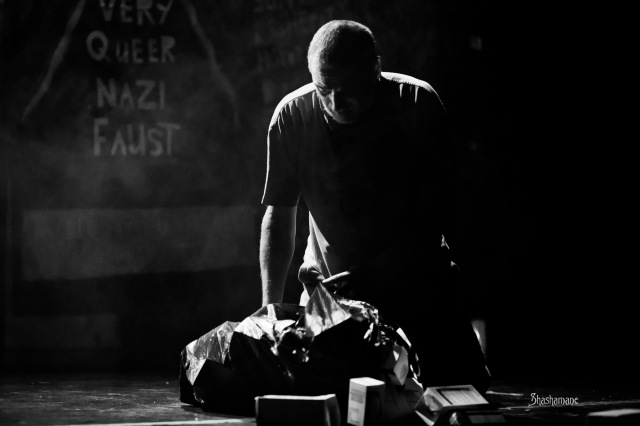 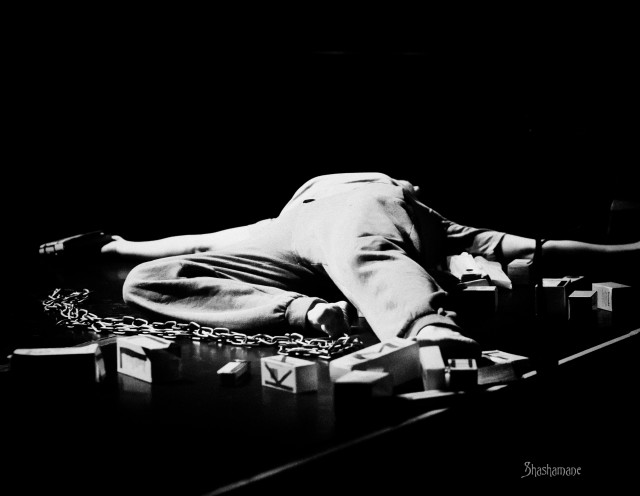 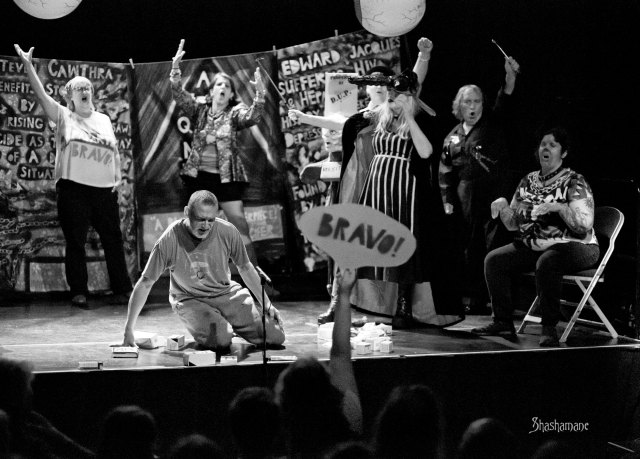 Originally written as a diary it is very cleverly done and performed with a cast drawn via social media. It was first performed last year as part of the Pride Without Prejudice exhibition at St. Margaret’s Church of Art.  Now supported by Unlimited, Norfolk County Council, Norwich Arts Centre, and DPAC Norfolk it has moved just a short distance down St. Benedicts for a well-deserved bigger stage and audience and formed the official launch of Norfolk Disability Pride & Independent Living 2018. 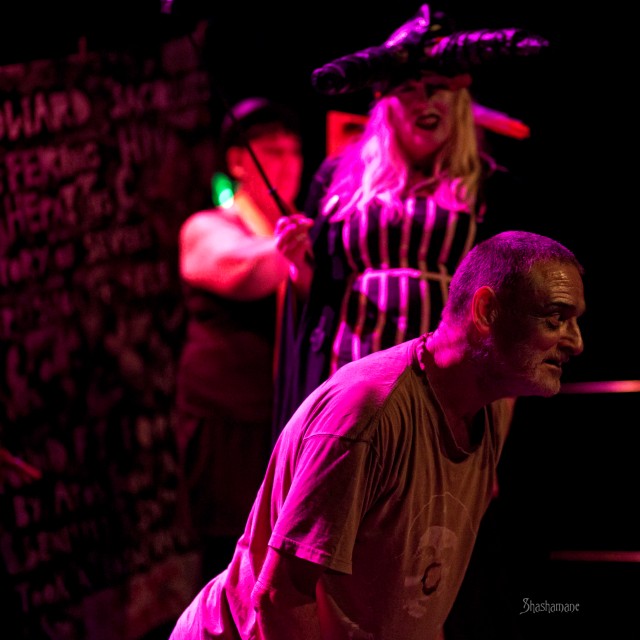 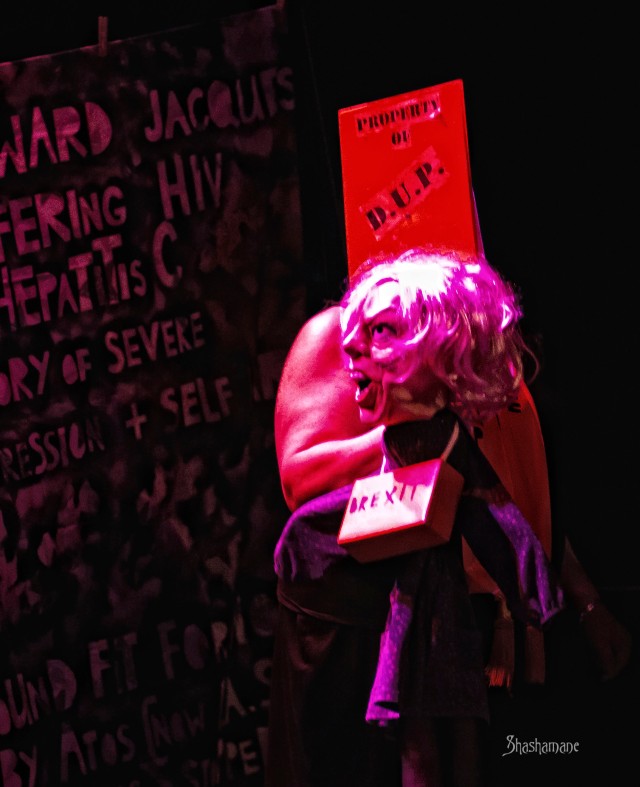 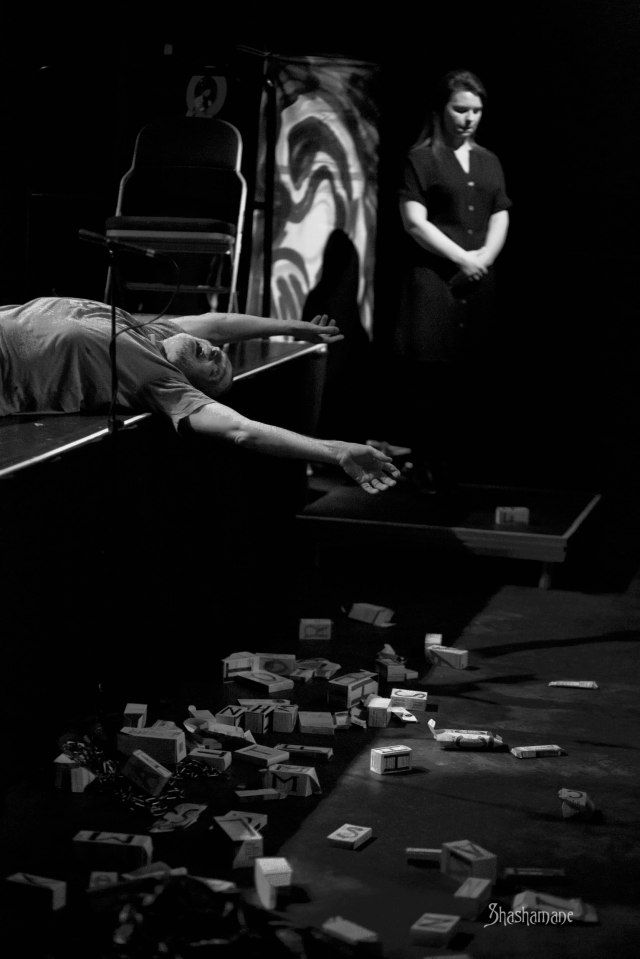 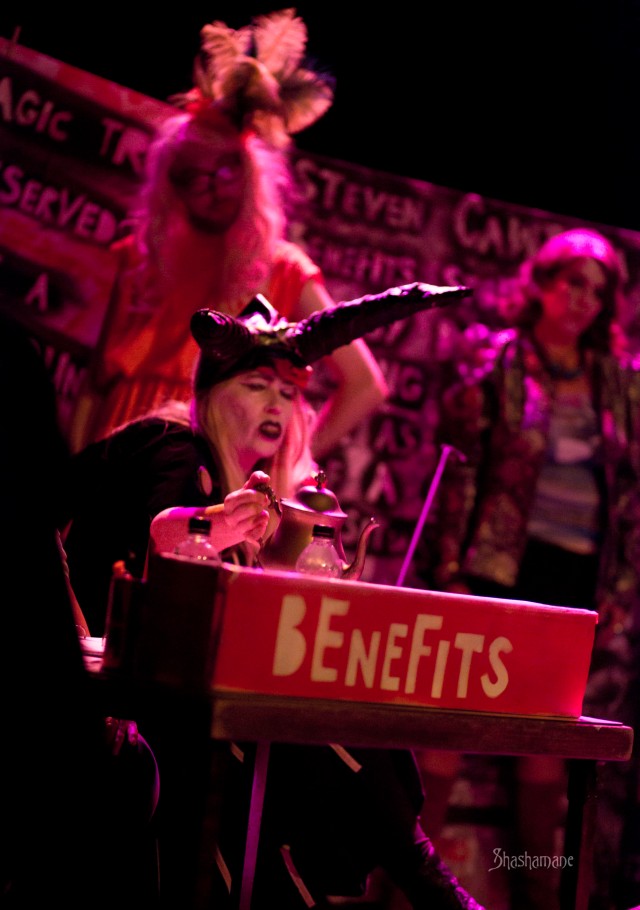 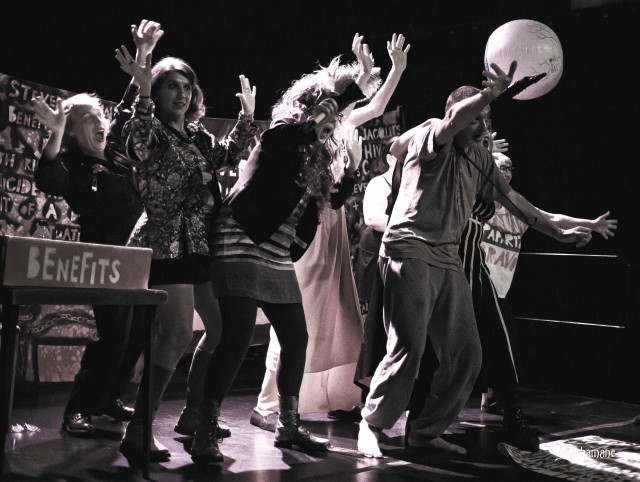 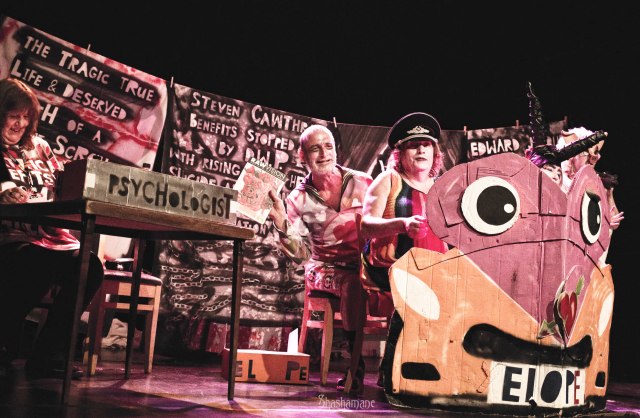 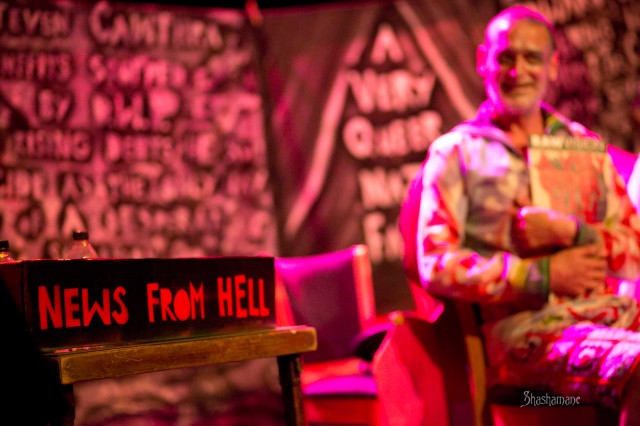 The show was powerful, moving, at times funny, and anger-inducing at the treatment from the government on disabled people through their policies, cuts, and evil DWP Work and Capability Assessments, though IDS et al. do rather get their come-uppance in this play. 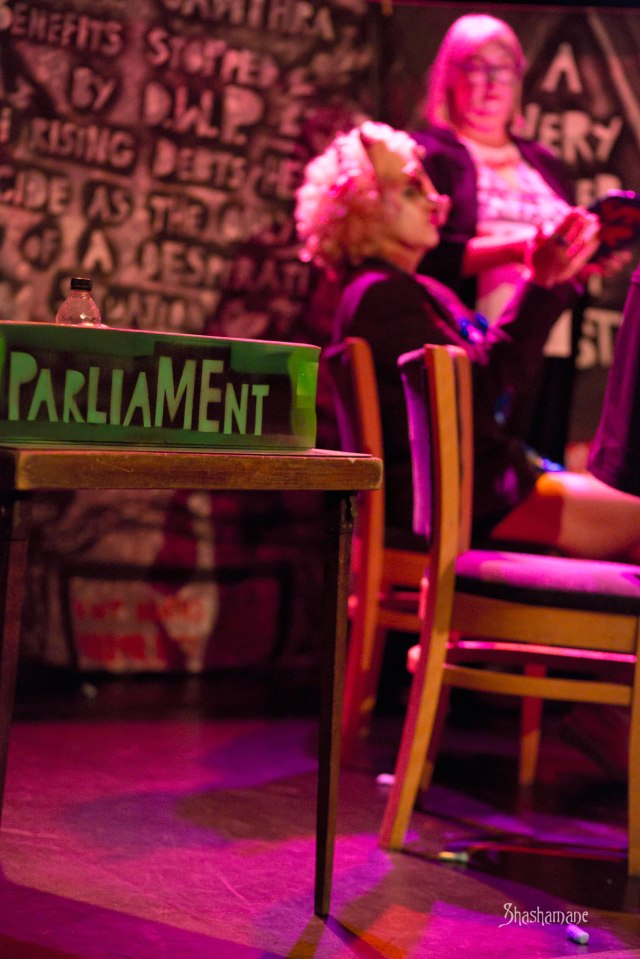 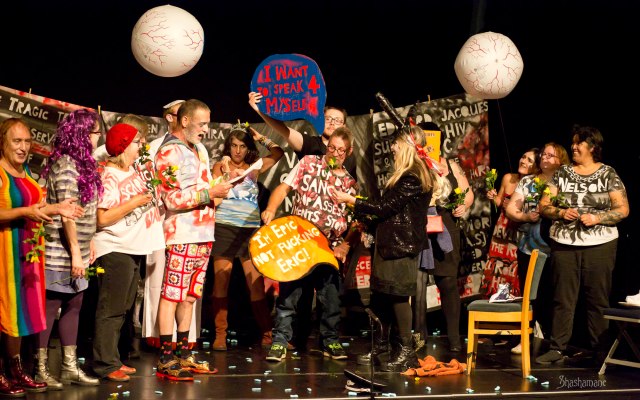 You can read an excellent review of the night here.

“An artist with something to say, and fearless in saying it.” Marcus Dickey Horley, Curator, Tate Modern

A Very Queer Nazi Faust is an experimental participatory performance created by artist Vince Laws. It was cast via social media and performed at Norwich LGBT+ Pride in 2017 to great acclaim. With support from Unlimited, there will be participatory workshops during summer 2018, working towards performances from September 2018.

Poet John Faust is suicidal. His benefits have been stopped without warning, the bailiffs are due to evict him, his dog is in the vets dying, his car needs a new clutch, and he can’t finish his poetic masterpiece while the voices inside his head torment him. In despair, he throws himself off Beeston Bump, Norfolk’s highest peak, clutching ‘The Tragic True Life & Deserved Death of a Benefit Scrounger by Himself’, but Lucifer won’t let John drown because she loves his work and wants a bigger part.

A Very Queer Nazi Faust celebrates over 50 years since the partial decriminalisation of homosexuality in the UK and highlights issues around cuts to disability benefits. The performance contains adult themes and language, suicidal thoughts, Lucifer, The Naked Abseilers and poetry, but no Nazis. Unlimited support will enable text projections by Andrew Day for greater accessibility, and a soundscape created by Dandelion Snowley.

You don’t need to be queer or disabled to take part, however people with disabilities are encouraged to get involved!

Commissioned and supported by Unlimited, celebrating the work of disabled artists, with funding from Spirit of 2012.