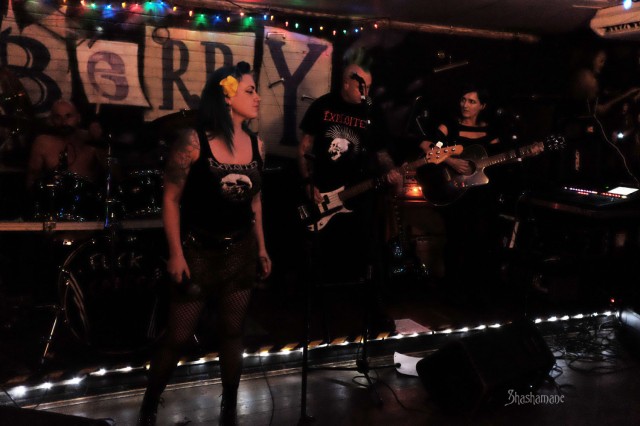 The Blueberry Music House was full of great spirit, generosity and goodwill as we rolled back the years for some old school punk with many punks in the audience spanning several decades.  It was all as a fundraiser for young local musician Billy Clayton who has an aggressive form of bone cancer and needs to raise £200,000 for treatment abroad. There is a GoFundMe page here, and there will be another fundraising gig at Epic on Wednesday 26 September which will be headlined by Billy’s Access to Music colleagues Let’s Eat Grandma with a whole host of guests. Tickets at £10 are available through Epic, Soundclash and online.

Here though we had a great night and a successful one as all the raffle tickets sold out and a broken guitar signed and donated by Sex Pistol Glen Matlock went for over £600!  Music was provided by Braindance, Hotwired, PMT, Blank Screen, and Steve Cooper. 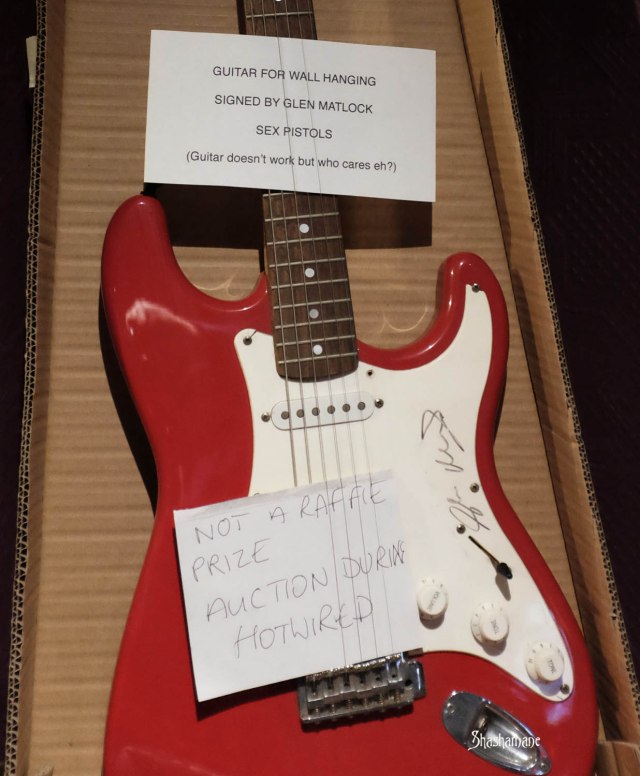 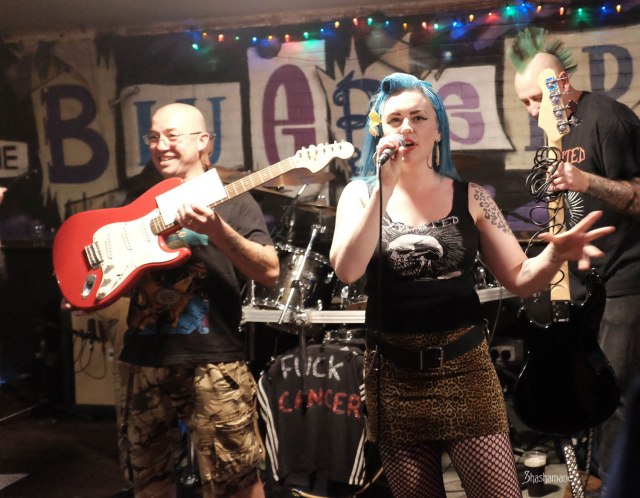 Glen Matlock’s guitar being auctioned at The Blueberry

In 2015, Billy was diagnosed with Ewings Sarcoma: an aggressive Bone cancer which mainly affects young people. On the fundraising page below, his mum outlines in more detail the battle he’s gone through – and the admirable strength and resilience he’s shown throughout – over these past three years

A glimmer of hope has been bought his way in the form of some new chemotherapy and immunotherapy treatments that have given positive results in cases similar to Billy’s. A clinic in Europe who will carry out this treatment has been identified, and now his family and friends are looking to raise money to make sure Billy can have access to this potentially life-saving opportunity.

Please consider donating to Billy’s GoFundMe page – however much or little you can afford.

Well done and thanks to all involved and everyone who donated and contributed.