There’s been a huge number of new releases in recent months from Norwich and Norfolk bands and artists and those with a strong connection to the region and I’m lucky enough to have been given copies of some of them including a gorgeous vinyl copy of Grifter Kid and the Midnight Raiders‘ third album, Kith and Kin.  It’s been a while since they’ve played in the city but this London-based jazz-folk-country band have strong ties to the area and have a fairly unique sound strong on atmosphere and with lyrics always worth paying close attention to. They are busily productive too having only released their second album – Them That Are Bruised only last year.  I hope to see them back here again before too long.

Days To follow last year’s gorgeous Fractured Rooms with The That and the Because.  Oskari is once again joined on the album by a number of familiar local artists including Mick Amato, Justina Gervyte, Ollie Hanney, David Indge, Jim Kinson, Janne Kettunen, Jessica Mitchell, Chad Mason, Sofia Melendez Gutierrez, Pete Murdoch, Shane O’Linski, Joe Quinn, Andrew Rayner, Richard Ringer, and even the dearly missed Andy Croft (to whom, as well as Aleksi Tarzan Timoteus Kuusela, the album is dedicated to).  Brilliant and fascinating stuff once again, wonderful songs and contributions beautifully produced and mixed.  People are Human could almost be Berlin-era Bowie. A varied and always captivating album. Thank you Oskari. 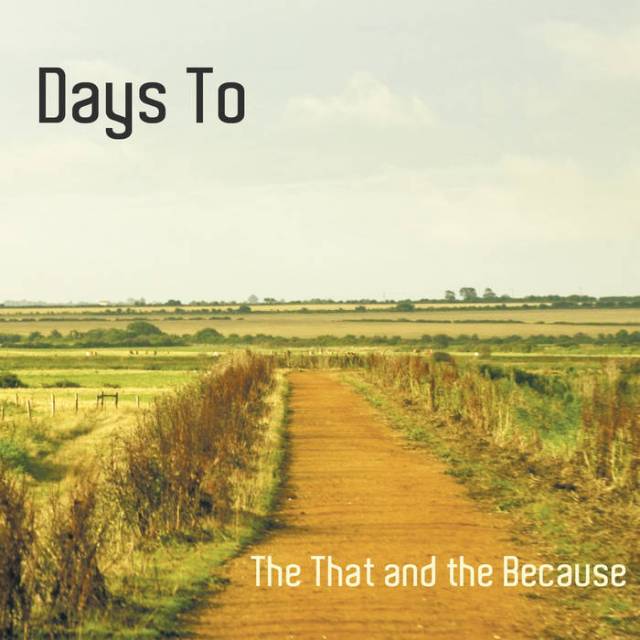 At the weekend I headed to one of my favourite pubs, The Stanford Arms in Lowestoft, for some good company and music, where Hot Raisin were playing and lifting spirits … well pints actually but they lift my spirit always.  They too have a recent EP, The Forge Sessions, reviewed here.

Upon arrival back in the city I was just in time to catch the whole set from another favourite, Of the Clay, who have a superb self-produced EP available too. It’s available here.  I have really been enjoying listening to this, recordings that captue the feel, spirit and sound of a band exactly as one hoped. At well over half an hour it’s more of an album than an EP and features many favourites from their live set including Nottamun Town, Geordie, Nostradamus, Three Gypsies, Sir Richard’s Song, and Follow the Flag.  As with Alden, Patterson and Dashwood there is a “less is more” feel to the production that suits it perfectly. Great clarity for the vocals, guitars, viola, mandolin, and of course the shruti box. 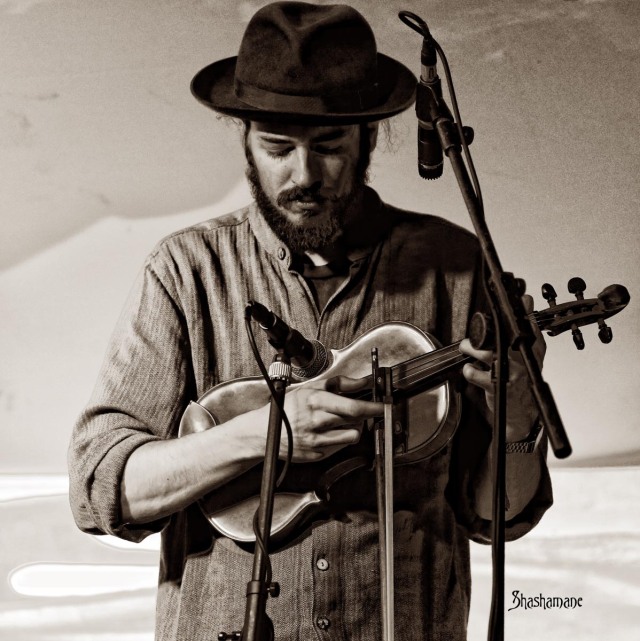 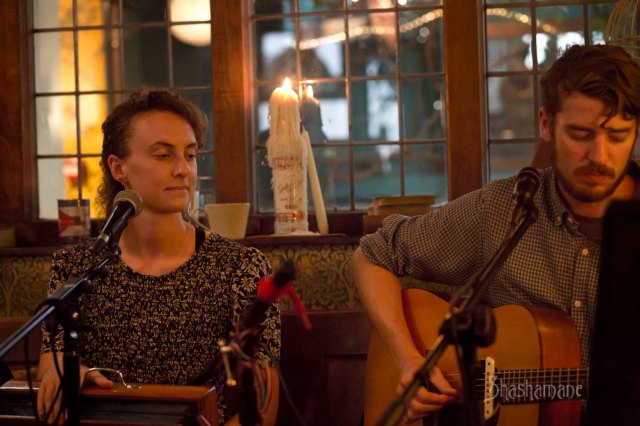 Painted Heathers have been playing some storming gigs and the live favourite Hollywood has its release on CD.  There’s a chance to catch them play soon and get a copy when they play the main stage at Norwich Arts Centre for the Disability Pride Fundraiser on Sunday 12 August, alongside Beast With A Gun and many others.  A pay what you can afford gig in a very good cause, plus the bands are great and Painted Heathers are in stunning form.

Following on from their outstanding debut album Alden, Patterson & Dashwood have done it again with follow up By the Night.  Beautifully hand produced cover and artwork this collection of ten songs continues where the last one left off, gorgeous space in the production the vocals, guitar, fiddle and dobro are all crystal clear with air to breathe, it opens with Time Song, inspired by The Time Traveller’s Wife.  The ten songs are all excellent and one always feels the chemistry and harmony between this trio of superb musicians.

I saw AP&D most recently at The Flatlands Festival in Suffolk where The Wolf Number also performed.  They released The Bunker Sessions last year and will soon be recording again.  Also playing was the latest project from Joe Quinn: Joe Quinn and the New Lunarians, this nine-piece have just released a four-track album called Psilocybin Blue. 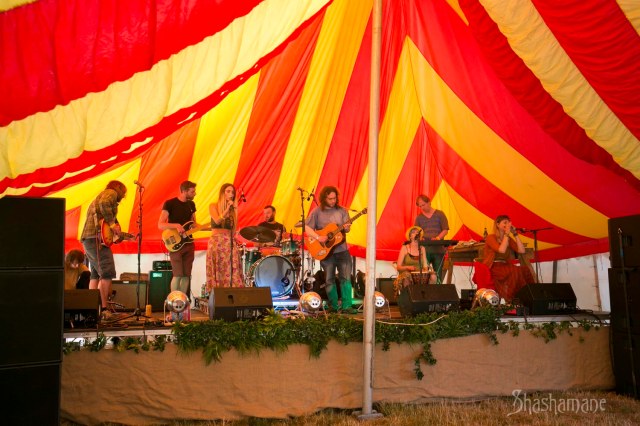 Of course HANK were heavily involved in Flatlands and they too have an EP – Slopes is available on Milkman Sounds Records, Bandcamp, and also to stream on Spotify.

At this summer’s Red Rooster Festival I finally got my copy of Lucy Grubb‘s 18 Miles EP after her triumphant set on the main stage.  You can see her in a much more intimate performance at OST on Tuesday. Lucy’s new EP Dear Walter will be launched at Norwich Arts Centre in the autumn.

Coinciding with the World Cup, True Adventures released his new single Brasil on Roundtable Records, with accompanying video too. Brasil features backing vocals from Milly Hirst, Piano from Will Bloomfield, drums from Joe Allen and Trumpet from Jeff Smith of Wooden Arms. 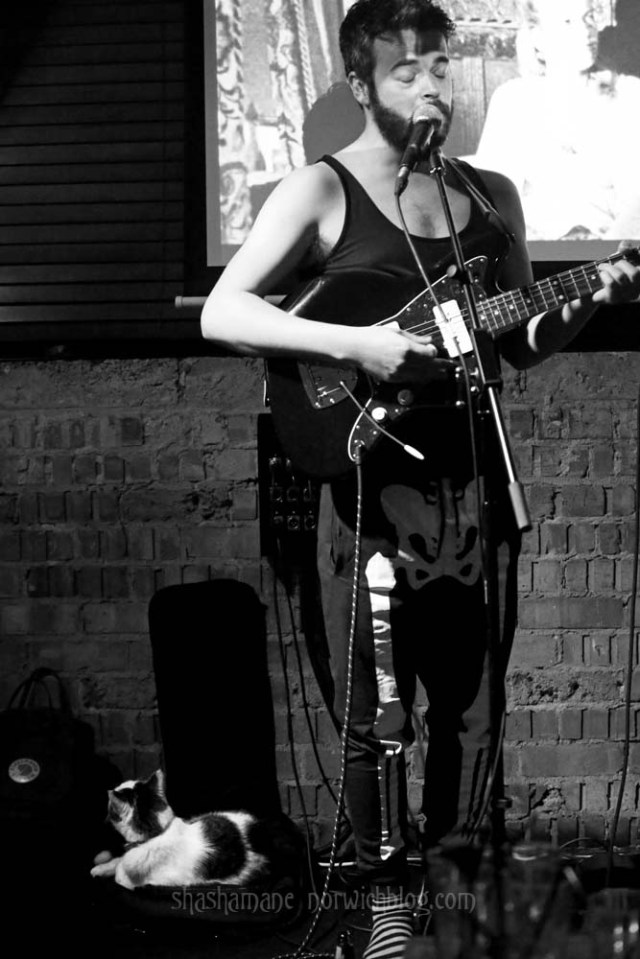 With Wooden Arms currently on an extended hiatus Alexander Carson has his first solo release out, Lovers, and plays at Bedfords Crypt for Odd Box on September 13 with Abi Wade, and Vanity Fairy, and another for Odd Box at The Birdcage in November. 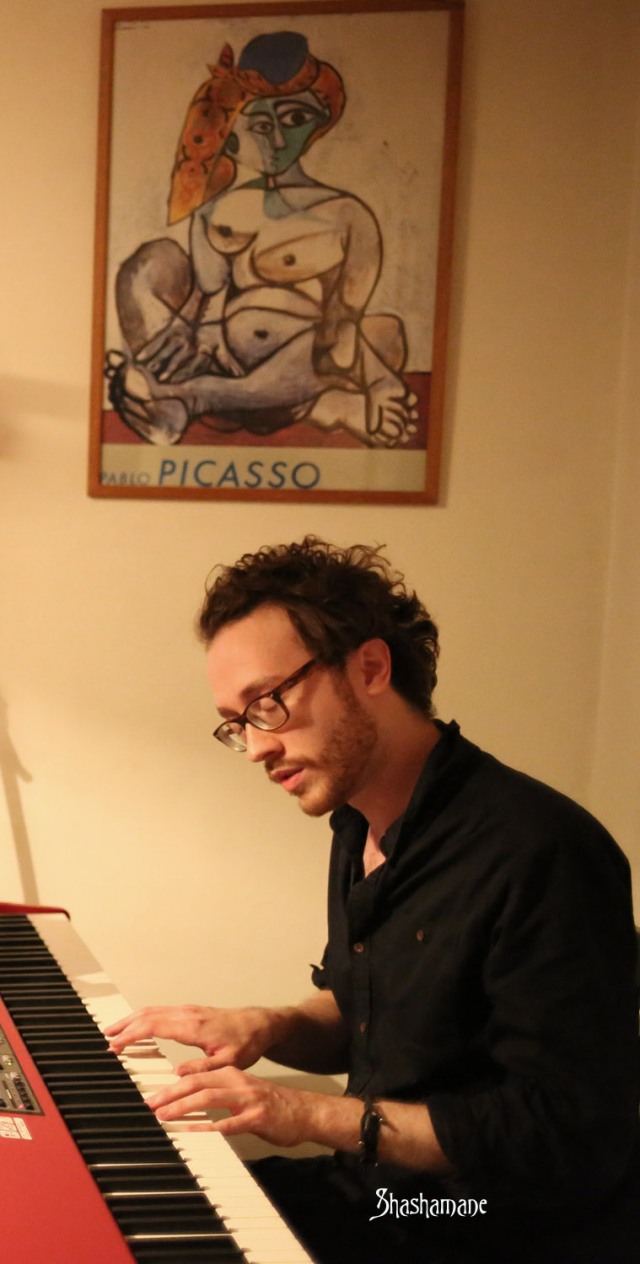 Norwich Riot Grrls Peach Club, with a new video for recent release Cherry Baby, will play at the last Norm’s at Bedfords Crypt this Thursday along with Elly Bishop, and Fever Machine, and New York’s Sharkmuffin. Not to be missed.

Nic Norton and the County Band have an impressive EP release in Brief Lives which garnered a very favourable review in Outline Magazine recently. Many thanks Nic, for the CDs. They also play a Birdcage open mic night on 7 November.

Jim Niven has put together and released his own album too, the very enjoyable The Juice Ain’t Worth the Squeeze.  He’s so modest and humble but very good indeed and it was a pleasure to listen to this, thanks Jim.

Amy, from Blisster, has her own solo indie-folk project by the name of All My Youth. Check out her work on Bandcamp.

Another album I was given recently which really impressed me was TRIPS Vol.1 by The Infinite Trip. Spacey psychedelia that was right up my street and made me wonder why I wasn’t previously aware of this band. I am now! Thanks Peter. This is great stuff and there is also some vinyl too! 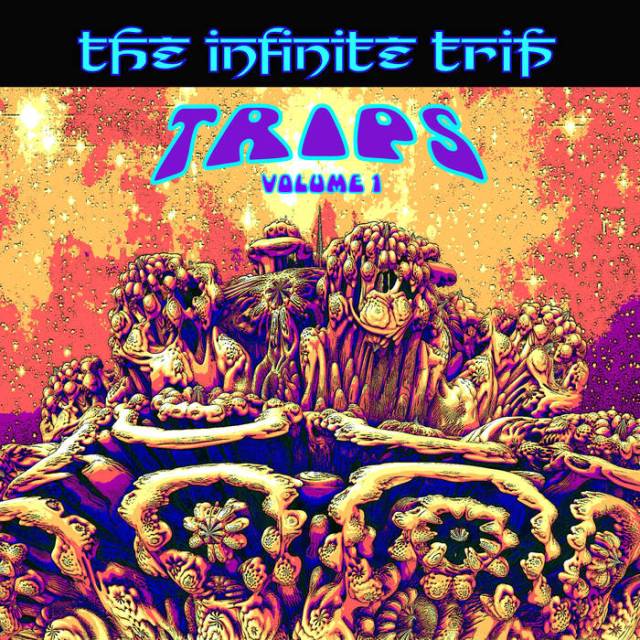 Butterflies on Pins are London-based but with a Norwich connection in that guitarist Rob used to play with Andy Sacre in the Sacred Harmonic Society.  Check out their post-punk psych sound in this video for their superb debut single and hope for a Norwich gig.

Planet Neil is Neil Dyer, also known to many from Screen 3 and BN Deluxe. He has been highly productive and excellent new release is an EP called Incomplete. Congratulations to Neil and Irene too on their recent wedding!

So many other local releases, Skinnyboy Tunes has just released Helix, Laura Goldthorp has recently played the Larner Tree Festival (despite having her leg in plaster) and her new EP Colourless, has been getting a LOT of plays on Spotify.

The ever-developing Falling From Trees have a new track available for free download.

Of course The Vagaband earlier this year released their mighty fine album Something Wicked This Way Comes which has deservedly been gaining rave reviews. They played a belter of a set at Red Rooster too.

Sink Ya Teeth recently launched their excellent debut album at Norwich Arts Centre, then played Rough Trade East and various dates around the county including with A Certain Radio. They made Album of the Day on BBC 6 Music too. They are going places! Ideal Surreal gig with Eton Crop coming up at the Louis Marchesi Crypt in October. A guaranteed sell-out! 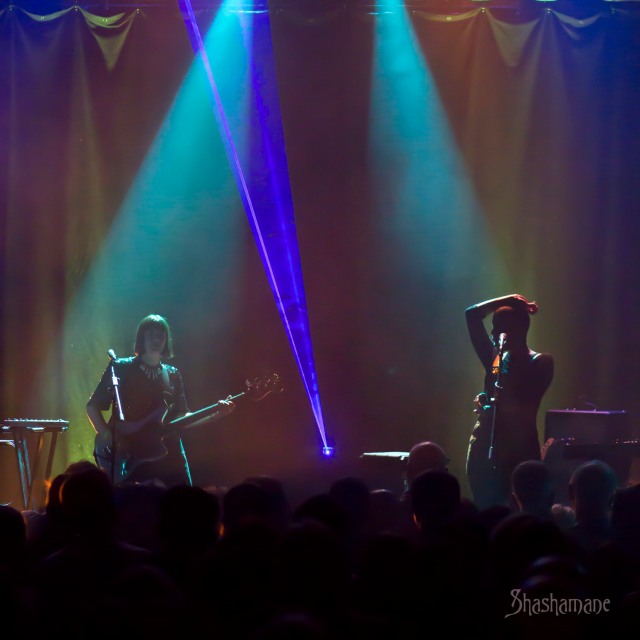 Also getting an Album of the Day accolade from BBC 6 Music were Let’s East Grandma for their second album, I’m All Ears, launched at Epic a few weeks back.

Sink Ya Teeth’s good mate Pete also has a new Birds of Hell release, launched at Bedfords Crypt a couple of months back and available from Meat Fer Manners. Available on 7″ vinyl, I Love Saturday Night is backed with Don’t Do Poppers (If You’ve Got a Moustache).

A few months back Sam Coe and the Long Shadows released and launched their album Full Moon at OPEN, and the lovely Jess Morgan has released new single Blue Jay, and recently (update!) Familiar Shoulders.

Ever productive, Jess has already released a subsequent single, the gorgeous Leytonstone, also on Spotify.

It was a real thrill to see The Piratones back together at Flatlands, and they’ve even made a single with the proceeds going to the very worthy cause of Phone Credit for Refugees and Displaced People. 22 Miles, and, Humans, can be purchased here.

Maya Law has new music out too!

Penguins Go Pop have an album almost ready to be unleashed. They play at Harlequin this weekend and launch the album at Last Pub Standing the following week, on Friday 20th August..

Billy Lubach has a rather special album, Fulgurite, which can be streamed on Spotify.

Extraordinary guitarist Anoush Saadat is currently back in the city for a short time, catch one of his gigs if you can and buy one of his CDs.

The much anticipated EP from Playhouse is out and Venus and Mars can also be streamed on Spotify. This EP is a gem. 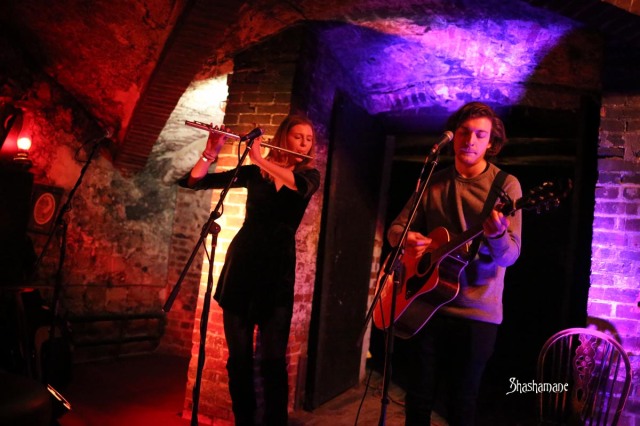 … Gladboy – who also have a new EP – Egopushin’ – on the horizon, to be launched at The Waterfront Studio in the autumn on 29 October with Bag of Cans and more…

… All My Youth, which is the solo project of Amy from Blisster.  This is her Bandcamp page.

Joe Quinn and the New Lunarians

Blues Situation launch their new CD album Spoonful with an appearance for Fine City Blues at The Murderers this Thursday 2 August.

Sunda Arc feature members of the magnificent Mammal Hands, and they have a new EP coming out on Gondwana Records and is also available through Amazon, Spotify, iTunes etc.

Mammal Hands themselves also have a new EP – that too is on Gondwana Records.

Plus imminent releases from the likes of LK, Jacob Solstice, Matt Watson, and Morganway … plus loads of others no doubt.  Apologies for the likely many omissions, it’s getting difficult to keep up with all the amazing music coming out of this special city.