In the few weeks since my last Norm’s night the Crypt has installed a new and powerful Yamaha PA system and Mr. Jason stands like the sound king he is, tall at the back of the Crypt as Norm’s goes from strength to strength. 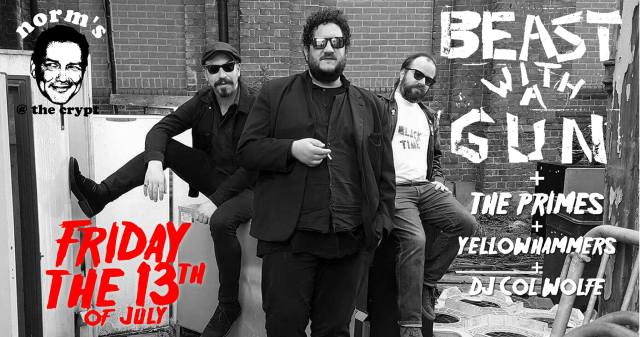 Beast with a Gun have been one of my favourite bands since I first recorded them about 12 years ago. I’ve recorded them and booked them for more shows than most other bands, and I LOVE them. They played at the last ever night at Old School Studios, and I even got to guest with them on bass for a few songs, which I would gladly do again, wink-wink.. No pressure though!
Garage Punk Rock’n’Roll, with the best frontman in the world.
———————————————–
Support from soulful power poppers The Primes and quirky Anglo-Japanese left-of-centre indie from Yellowhammers.
———————————————–
Col Wolfe from the best record label in the world, Spoke Records, will be spinning the matterful platters throughout the evening.
———————————————–
PLEASE SPREAD THE WORD, and invite all your friends to this event page.

Another really warm evening as this long dry spell becomes a classic summer meant the opportunity for a pre-gig drink in Bedford’s courtyard ahead of selections from DJ Col Wolfe, and the opening set by Yellowhammers, who are Akemi (vocals), Morris (guitar), Ryan (bass), and Tony (drums).  Ryan’s bass helped give their overall sound a strong post-punk energy. 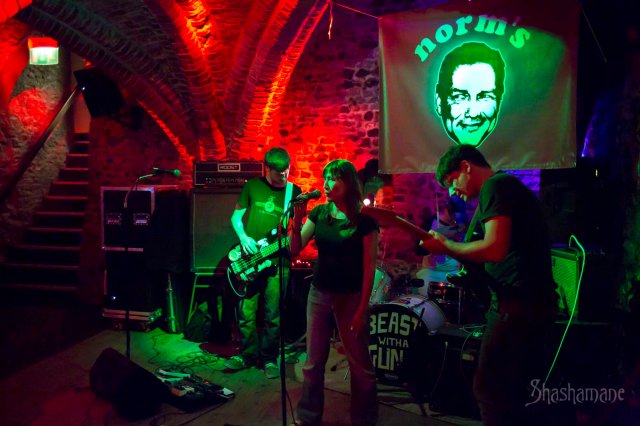 They were followed by yet another new name to me, Primes, who at times came on like Jello Biafra fronting a mod band!  Energetic power-pop they threw in the odd surprise cover too, not least Bowie’s Modern Love.  They have a soulful element and play with a good energy and passion. 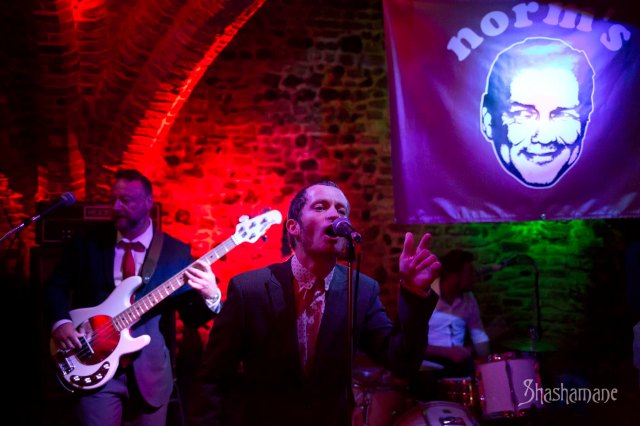 Beast With A Gun are always a treat to see live, the only unfortunate on this occasion being that they clashed with another gig at Gringo’s which featured their friends from Yarmouth, Blisster.  These gig-clashes are a perennial thing in Norwich but as we discussed beforehand, it sure is a healthy problem to have. 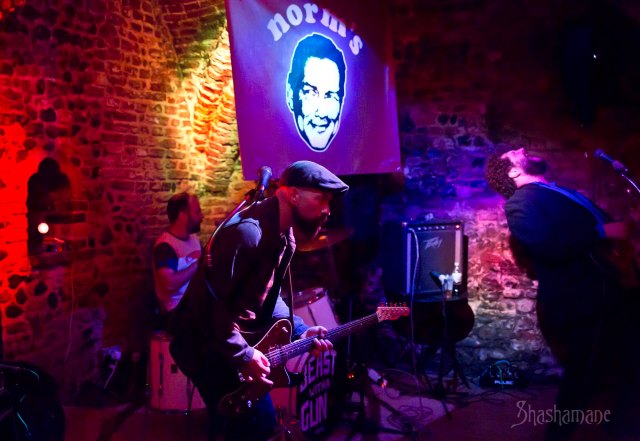 Beast With A Gun

The Crypt at Bedfords is a great space and I’m really pleased to learn that from Monday 16th July it will be opening for drinks six nights a week, whether there is a gig happening or not.

Next Norm’s night is on Tuesday, where among others, The howtocuredyslexia band continues his residency. 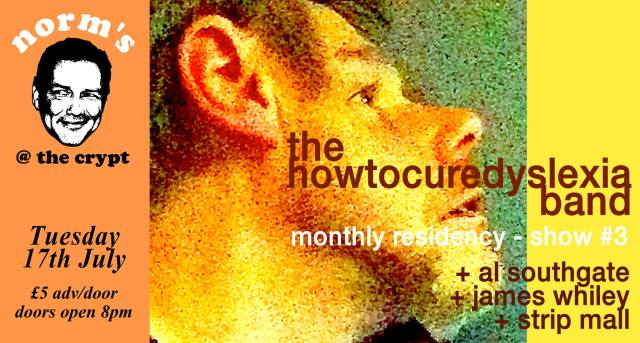 The previous evening I headed to Last Pub Standing for a Sacred Sound night hosted by Ryan (Yellowhammers, Marla, Off With Their Records et al.), catching the final set by The Lovin’ Handful outside the market on the way.  Sacred Sounds opened with the gentle and beautifully haunting Nick Drake-esque atmosphere of Jonathan Cocker which was contrasted in big style with the ever impressive Painted Heathers who have quickly elevated themselves to the premier league of Norwich bands. Look out for their fantastic new single Hollywood.

To close the night we had Boston’s Vigilantes.  The room had thinned a little as it was last orders on a school night but everyone was enthusiastic, not least the band themselves who played a heartfelt set that included a wonderful version of Helter Skelter.

Big thanks to Norm’s, Bedfords, and Painted Heathers for the CD!