As all the acts on this bill have at one time or another passed through the city’s excellent Access to Music course it was perhaps fitting that Let’s Eat Grandma’s homecoming gig (their first Norwich gig in two years) was held at Epic to a capacity crowd that I would guess was in the region of 400.  Surely the widest age span of any gig I can remember with a few seasoned gig goers looking for somewhere to sit, and many younger ones for whom the barrier at the front could have served as a chin-rest. 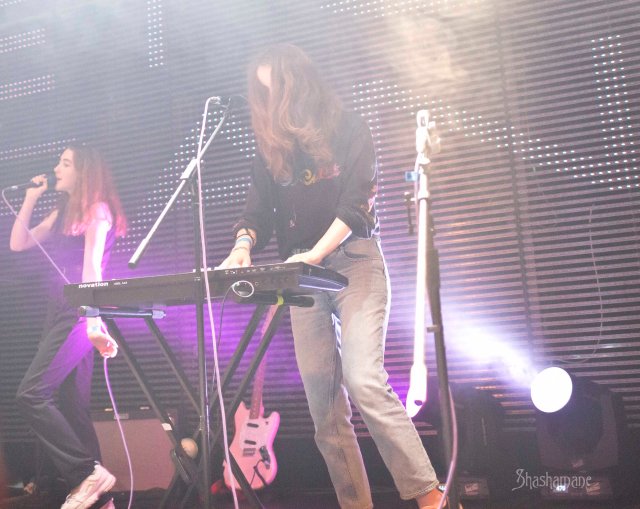 A week or two ago Sink Ya Teeth launched their new album at Norwich Arts Centre and it was swiftly made a BBC 6 Music ‘album of the day’.  Now similar accolades are being given to one of our other duos, Let’s Eat Grandma with the release of the second album I’m All Ears which has been getting rave reviews.  Despite pre-ordering it way back in March and it being released on June 29, my copy has still not arrived (should I be worried yet?) and so I am therefore not too familiar with the new songs yet but it’s clear their sound has evolved.

To open proceedings, however, was a local name I had not seen before.  Billy Clayton immediately impressed me with his confidence and stage technique.  A solo performer with a laptop doesn’t always make for the most engaging shows but no such issues with Billy whose positive and uplifting energy immediately connected with the appreciative crowd and he has the songs to back it up too, all well delivered.  I thought at the time how much I’d like to listen to these songs properly at home, and don’t know how his name has gone under my radar until now.  The full room gave him their full attention and enthusiastic response. 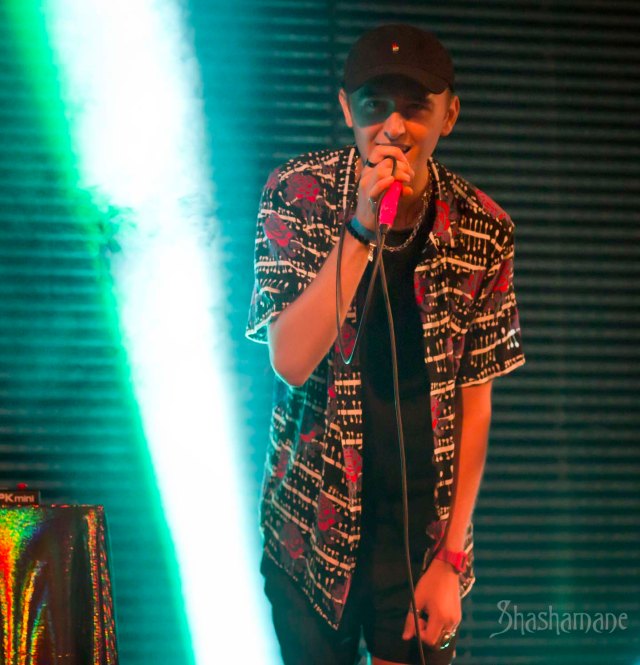 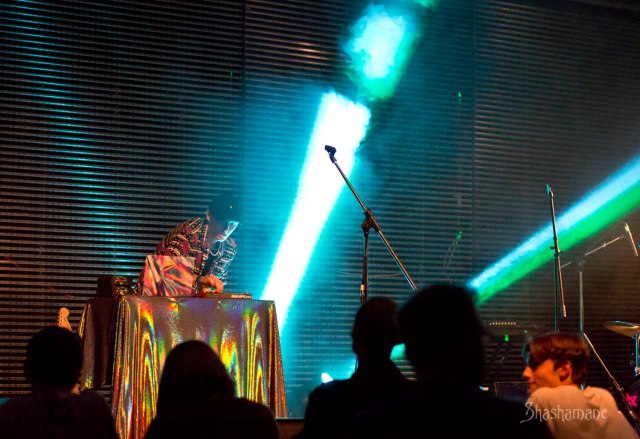 Maya Law is much better known to me though and in fact I had seen her just a few days previously at the Flatlands festival.  Her progress and development is really impressive and she’s developed a charming stage confidence to go along with her terrific voice and songwriting.  A set with just one cover, and some new material, she mainly played guitar but put that aside for one which was blistering. She’s a real talent, commands the stage and attention but remains cheerful and friendly between songs making for a very likeable combination with the tough, no-messin’ attitude of some of the songs. Maya gets better and better each time. 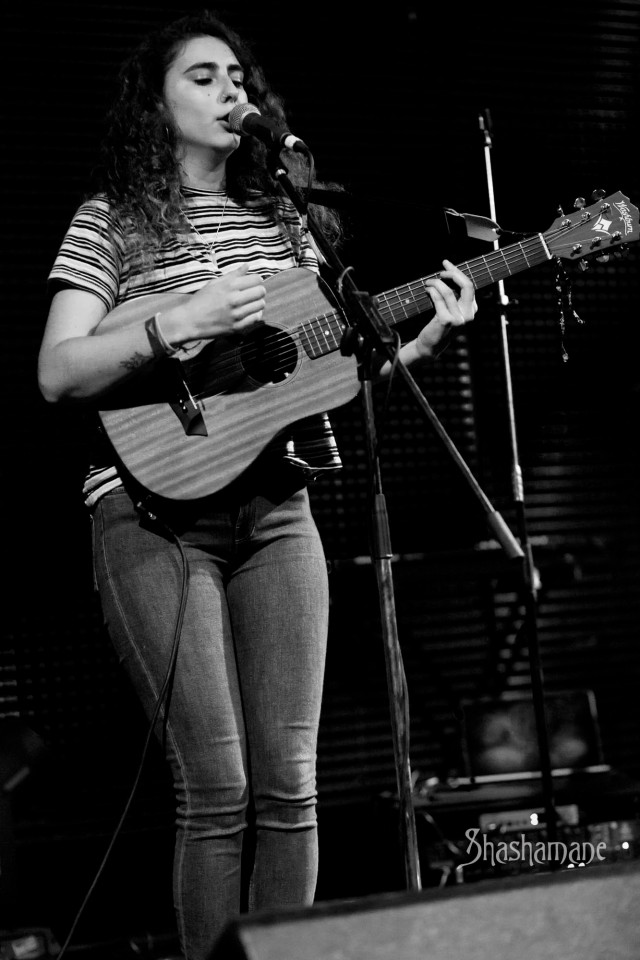 Ahead of LEG’s arrival onstage the first thing one noticed was a drumkit, soon occupied by a drummer for the album and set intro of Whitewater before Rosa and Jenny came onstage to huge cheers.  A pause before the music kicked off again increased the excitement and expectation and they proceeded to absolutely delight their fans who were such a healthy mix of people of all ages and musical tastes which shows the broad appeal of the experimental nature of their songs.  I saw people I often seen at blues, soul, indie, rock, and very heavy rocks gigs present here.

The set itself has perhaps lost some of the visual element of that 2016 show but it was still engaging and the handclap routine remains but there’s no doubting the ‘bigness’ of their sound now and I admire they way they plough their own furrow regardless of any trends or criticism.  They seem to have a refreshing creative freedom and integrity about what they do and how they do it.

Between song chat was at a minimum but there was no doubting the warmth and love in the voice when one of them simply said ” … Norwich … ” with a beaming smile. The audience responded in kind.  There was a palpable sense of occasion about this gig, it felt like an event and everyone present, without verbalising it just knew they were witnessing a band perhaps about to really take off. And who knows, that may open the doors for the discovery of the wealth of musical talent in our “unfashionable” – copyright Q – little city.  This gig was in a way a showcase of some of our super acts, and not one of them over the age of twenty.  But Norwich could easily have a similar calibre of showcase for local talents every week of the year. It really is that strong and healthy at the moment. 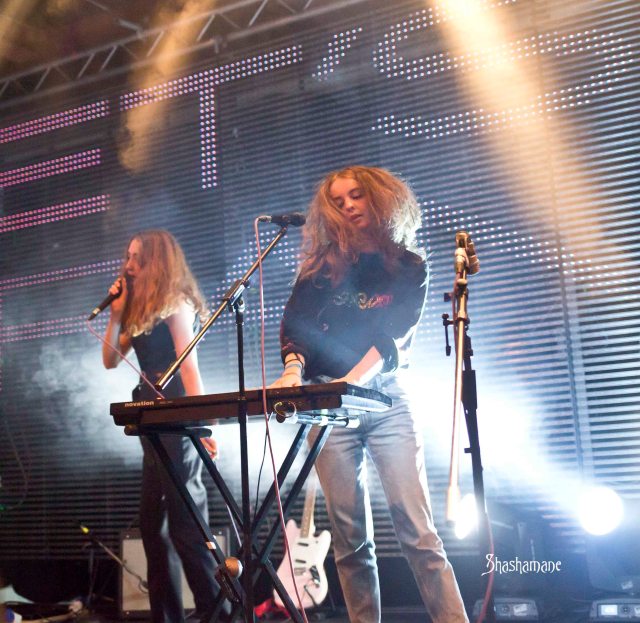 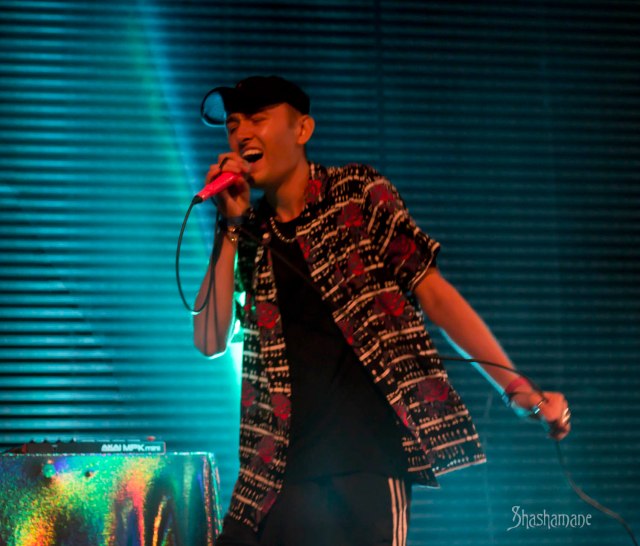 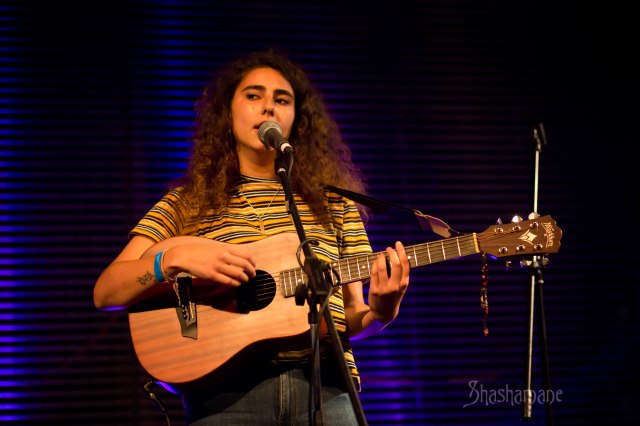 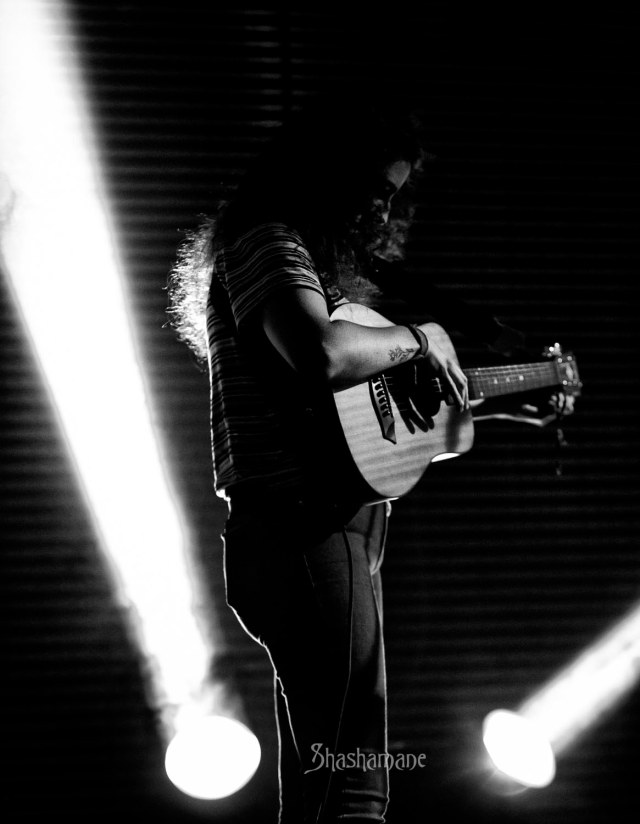 There was still time afterwards for a quick cycle dash to The Reindeer to catch the last act of Shane O’Linski’s music night, Diamond Dave, who were a lot of fun and had plenty of people dancing. There’s music everywhere in this city.

Big thanks to Rick at Epic.