Norwich Arts Centre proved and demonstrated once again – as it consistently does in so many ways – why it is special and why we love it so with this magical gig of varied Afrobeat music on a Tuesday night from African legends: T.P Orchestre Poly-Rythmo, from Benin.

On a suitably sultry June evening the audience were warmed up further with dj sets from Cameron Black of our own Boiling Point.  As we heard the first percussive sounds coming out of the hall we all filed in from the garden and bar at around 9pm as the band members (all ten of them) took to the stage and it soon became clear the hall was full too, if not a sellout then as near as dammit.  From the off the infectious rythms from the stage drew people closer and closer and it was an uninhibited, mellow but enthusiastic Norwich audience who were dancing in whichever direction I looked. 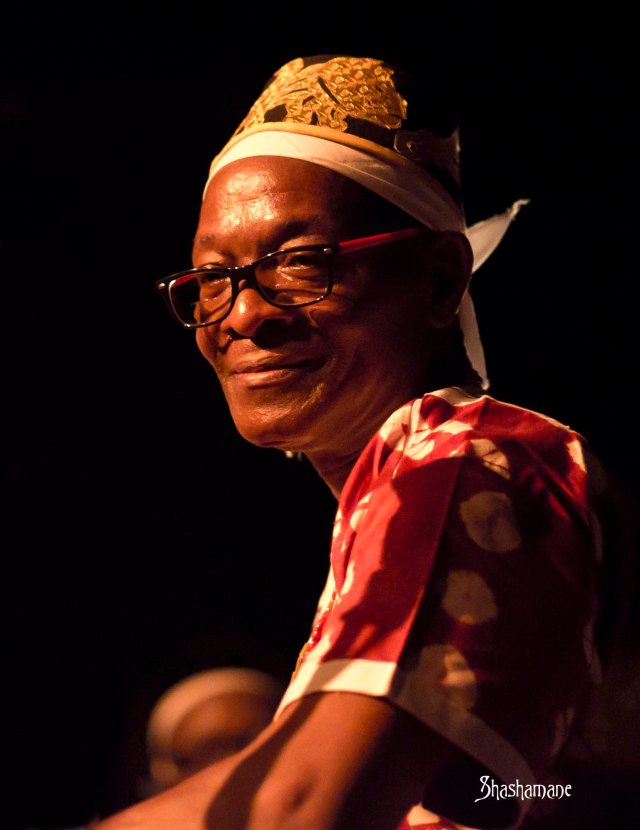 The sound was percussion-led, with plenty of brass, keys, guitar and superb bass too.  This is a band who have been playing their brand of voodoo music together for many decades – this tour celebrates their 50th anniversary – with a blend of the traditional music of Benin mixed with influences of soul and funk, Afrobeat, high-life, soukous, and even some latin. This being one of just a handful of UK dates, and apparently their first on our shores since 2011 having reformed in 2008 when they gained a new generation of fans through the Analog Africa series. We were very lucky to have them here and everyone seemed to appreciate that fact. Big Thanks to NAC for this.

At times hypnotic, always engaging, I often found a piece of my mind was taken back in time to my own past visits to Africa as their energy, evocative sound and special vibe flowed from the stage.  The dancing throng of an audience on a Tuesday night was a beautiful sight in itself to behold too and the band seemed to be having an equally good time.  Then I felt a tap on my shoulder which turned out to be one of the orchestre who had joined us on the floor and was preparing space for an Afrobeat conga dance through the NAC auditorium. Beautiful scenes and absolutely everyone left with a smile on their face. 90 minutes or so of pure, joyous, welcome musical escapism.

It would have been good to have seen more of the Norwich African community in the audience. I think the gig was missed by many, somehow, I know a lot of people who would have loved this but who evidently missed the fact it was happening. But still, there were plenty here who clearly loved it and had a great time in a celebratory atmosphere and a magical venue. 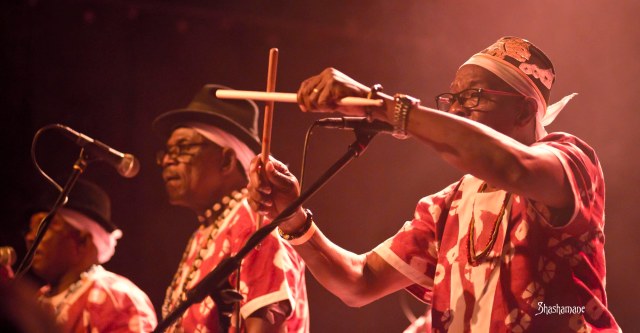