Saturday night saw the return to Norwich of another Sofar Sounds ‘secret’ gig with the location of the venue only sent to ticket holders 24 hours beforehand and the performers kept as a mystery until the night as an intimate evening of music unfolds.

A kind host opened his flat to the select audience of 30 or so and with Chad Mason on sound and compere duties he introduced the first of the performers around 8pm, who turned out to be one of my favourites, Phoebe Troup. Her short but delightful set was warmly received and closed with Come Back Deer Tick, which I felt was especially emotional as this was her last song of her last gig in Norwich, at least for a while anyway.  It was a privilege to be part of the audience for it, I love Phoebe’s songs very much and this was a treat.

Chad was in very fine form going off on a tangent about nuts but also doing a fantastic job of introducing the acts, getting everyone relaxed, juggling the sound and the numerous video cameras. 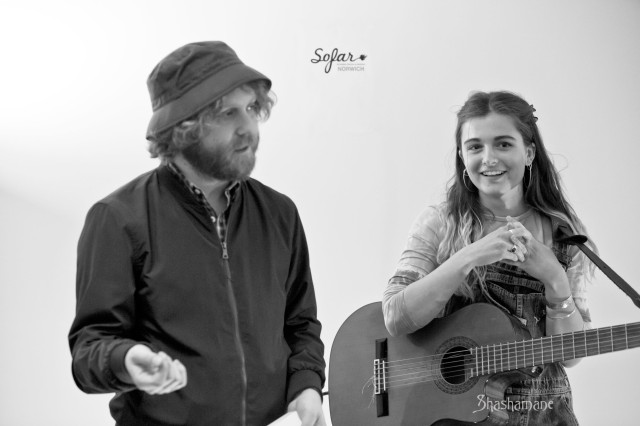 After a short break he returned to introduce the next guest, Sefo Kanuteh. A superb musician from West Africa who has been based in Norwich for some time.  I’ve seen him many times over the years but not for a while so this was another treat.  Flawlessly playing his kora (which he also constructs), he delighted the audience, many of whom were hearing him for the first time. He has a new album almost in the can and due for release soon so watch out for that. 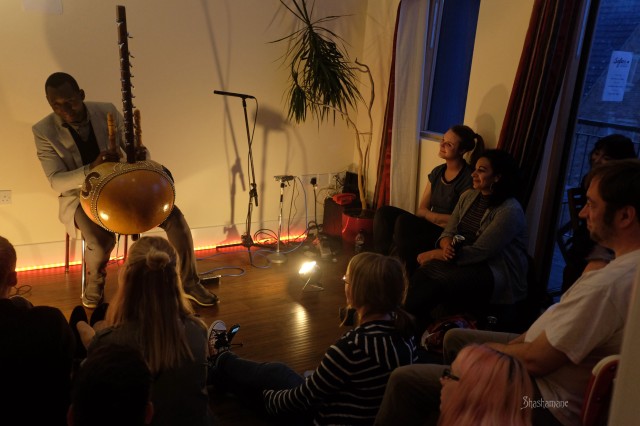 The night’s final artist was DLore, playing a solo set but many will know him as a singer-guitarist in The Piratones.  As with all the acts his set here was acoustic and unplugged and he too was well received.  Perhaps for everyone the night was an enjoyable but unusual gig which at the end of he described as “Really nice. F***ing weird but absolutely lush!”  His next gig is at NAC on Tuesday, supporting C.W. Stoneking, with another appearance at the same venue on the 24th for the Norwich Refugee Week closing party.

Everyone was kindly invited by OPEN afterwards as guests for Huey Morgan’s NYC Block Party.  I was carrying my immensely heavy camera bag with a bad back so didn’t last too long but there was a great atmosphere with a fun and varied selection of tunes.

Well done and thanks to all the acts, Georgie, Chad and the Sofar team, the host, everyone who came along, and to OPEN as well. 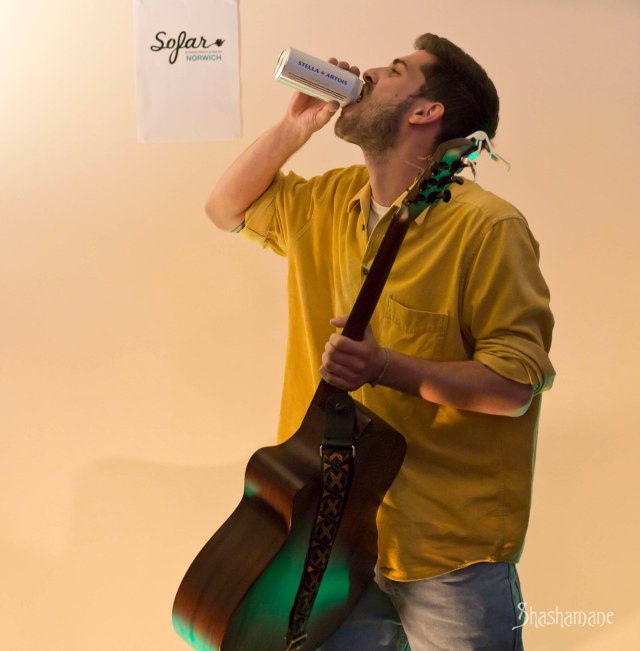 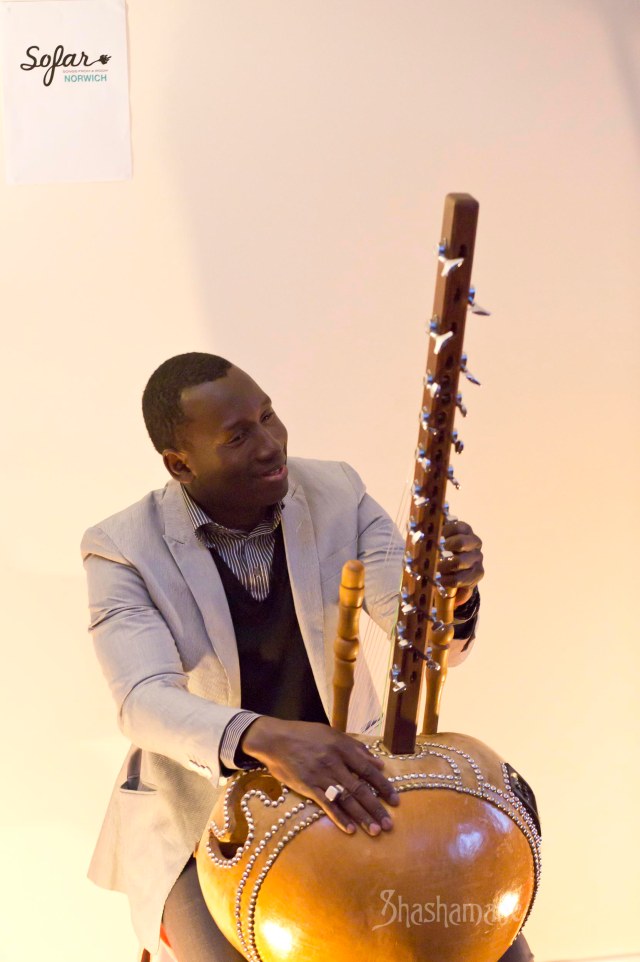