Sound Underground @ The Undercroft, Those Deadbeat Cats @ The Rumsey Wells 18 May, Hot Raisin @ The Stanford Arms 20 May 2018

The exhibition “Changes” is taking place at The Undercroft at the top of the market and runs to 26 May but on Friday there was live music from some of my favourite artists who played in a beautiful atmosphere among the visual art on the walls.  Peter Turrell opened before dashing off to play his next gig at Jurnets and despite suffering with a heavy cold he played as flawlessly as he always does.  We then had some spoken word poetry from Charlotte Carter and another set of great guitar from Tom Conway.  He was followed by the sublime Milly Hirst who started her set with an acapella Ghosts which noticably stunned the audience.  She has that effect. Playing without any amplification it was so atmospheric and lovely to hear Milly like this with a rapt audience, and a treat to hear Gentle Sailor again too. Closing were Of the Clay, also playing unplugged and making superb use of the unusual acoustics of the space, their voices together somehow almost creating a drone effect. A most enjoyable start to the evening and from here I went on to The Rumsey Wells to catch some rockabilly from Those Deadbeat Cats. 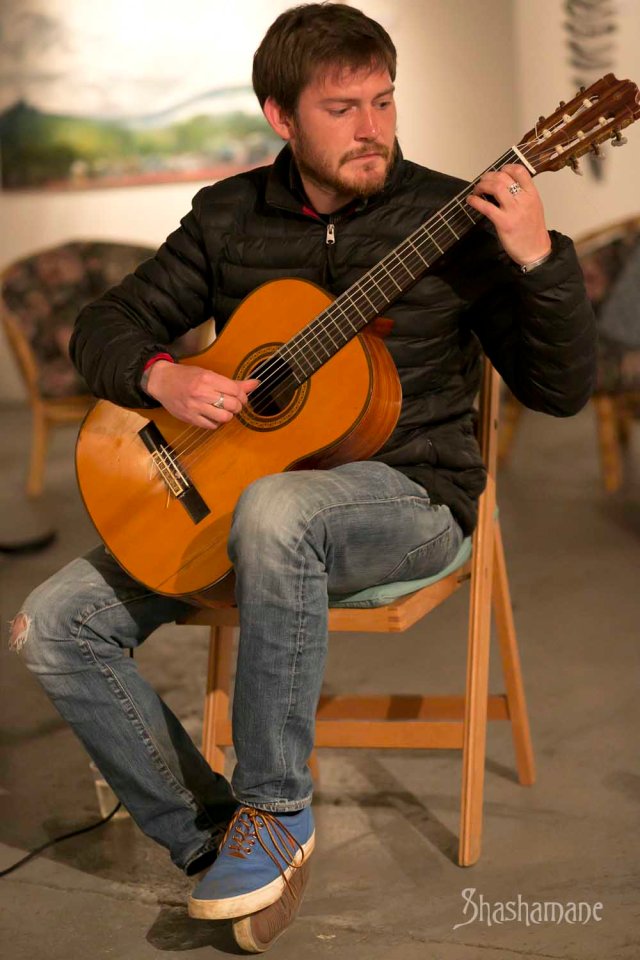 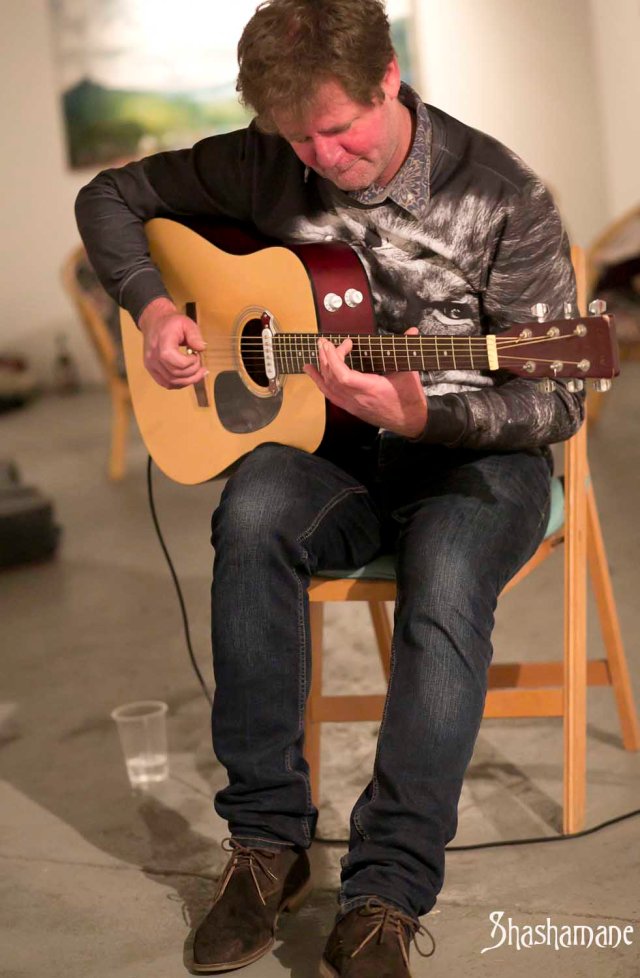 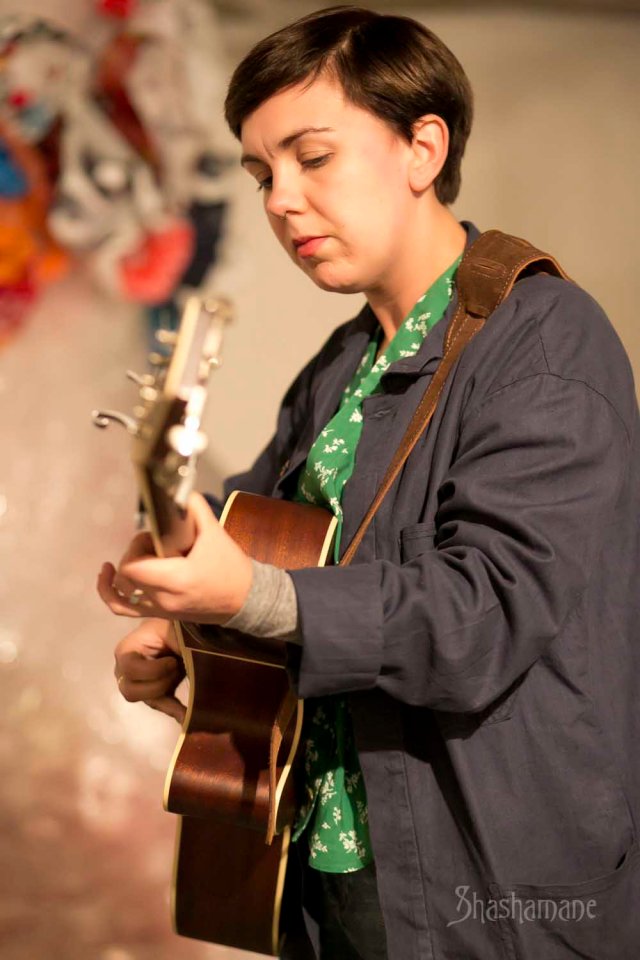 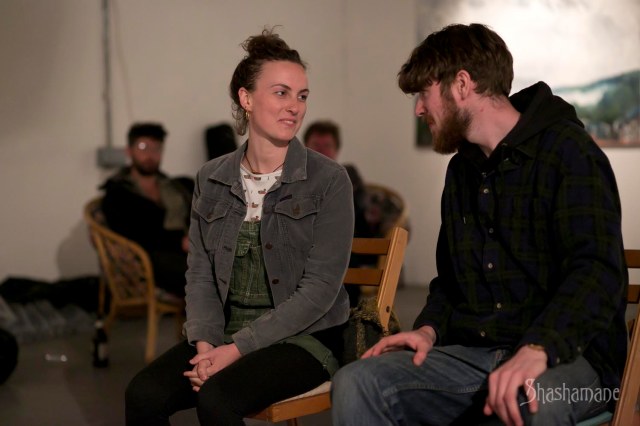 As it turned out I caught quite a lot of it and the enthusiastic crowd didn’t want them to stop so they played just about their full repertoire and could have quite easily carried on by playing all of the first Stray Cats album. Nobody would have minded not least the band and this was terrific fun.  Of course, on drums was Daryl who also plays with Hot Raisin and Luke and Tom were also there among the audience.  On Sunday I saw Mary and Tory – sans Luke who broke his hand on Friday night in a bicycle mishap – so the Raisins played a couple of duo sets at the Stanford Arms in Lowestoft.  Luke somehow managed to play a Lovin’ Handful gig on Saturday night but his hand was not up to another gig just yet. Get well soon, Luke.  Mary and Tory played a lot of songs, some familiar favourites of mine, some great covers, including Gillian Welch’s Miss Ohio, and even ABBA’s Super Trouper, as well as some old songs which were less familiar to me and, excitingly, a debut airing for a new song or two. Lovely stuff indeed.  I always love seeing Hot Raisin and they really do have the most positive effect on me. A pleasure to see them in the Stanford too, which is a home from home local and full of friendly, familiar faces. Next gig at Norm’s on the 28th. 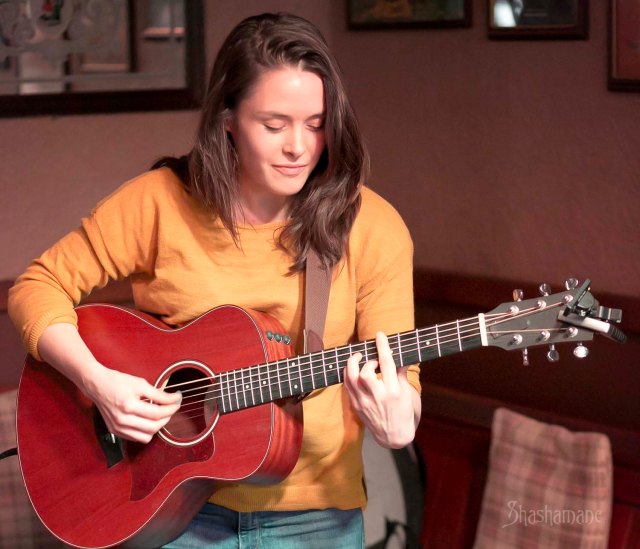 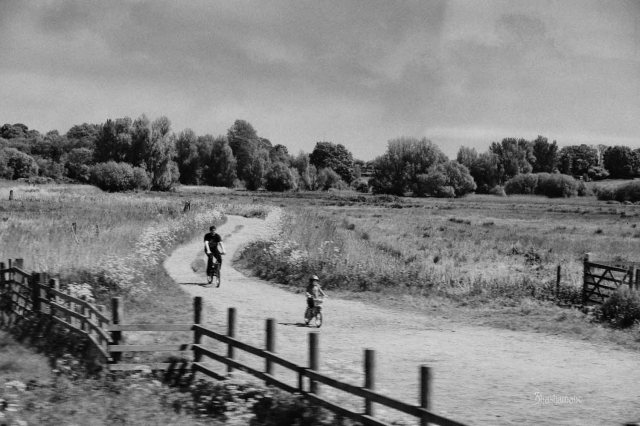 Also, some welcome respite from the seemingly incessant, ominous drone of aerial military activity over the city of Norwich.