For once being able to have a pleasant walk to a gig in spring sunshine I arrived at the Nick Rayns’ LCR at the insanely early time of 6:50pm to find support Hugh Cornwell and his two bandmates already in full flow, closing one song and about to launch into another. The room was not yet full and the LCR bar was already struggling to cope, as usual, but Hugh was sounding fantastic as he delivered a strong Nice n Sleazy. What a soundtrack to walk in to.  It was a decent but comfortable sized crowd so I was easily able to make my way to the floor for a better view, although I did find the sound mix odd down there, the loud drums dominating a bit.  Hugh played for a good hour or so with an enjoyable mix of new material, songs from his solo catalogue and a generous sprinkling of Strangers tracks including Goodbye Toulouse, Always the Sun, (Get a) Grip (On Yourself), and Duchess (“This one always reminds me of Royal Weddings. I don’t know why. But yeah, we’ve got another one coming up haven’t we?”).  The audience were well into it all and Hugh and the band also seemed to be enjoying themselves and had the place nicely in the mood with a strong opening set but the sound mix was disappointing.  Mid-set Hugh asked: “The sound is great, isn’t it?” to a resounding silence from the audience. I think it probably sounded better from the sweet spot of the sound desk and beyond but less so on the floor but it was nevertheless super stuff.

It wasn’t too long before another trio came onstage to a loud and welcoming roar from the now full LCR. It was time for the one and only Wilko Johnson and of course all three of this band having played in Ian Dury’s Blockheads, featuring the very fine drumming of Dylan Howe and the legendary bass sound of Norman Watt-Roy.  What stronger opening on stage can there be than Wilko Johnson playing Going Back Home?  That’s how high the bar was set and it never dropped. The sound and mix was perfect for this set, all of them appearing to be having a blast with Wilko in great form and fine fettle completely owning the stage with his trademark moves and stares, not only using his Telecaster to produce one of the most unique sounds in popular music but also firing musical bullets machine-gun style into the audience, and with it turned towards him even addressing it as a lover.  Norman was also great to watch, we were in the presence of masters of their crafts, and without the need much in the way of dialogue they put on one heck of a show and just let the music do the talking. It spoke loud and clear.  To see Wilko in such fine form and closing with Dr. Feelgood classics Roxette, She Does it Right, and Back in the Night was as good as it gets.  They came back on for an extended encore of Bye Bye Johnny but if the crowd had their way they’d have been playing on for hours but we had the ridiculous 10pm Bank Holiday Saturday night curfew to oberve. I love Wilko and it was a real privilege to see him perform here. 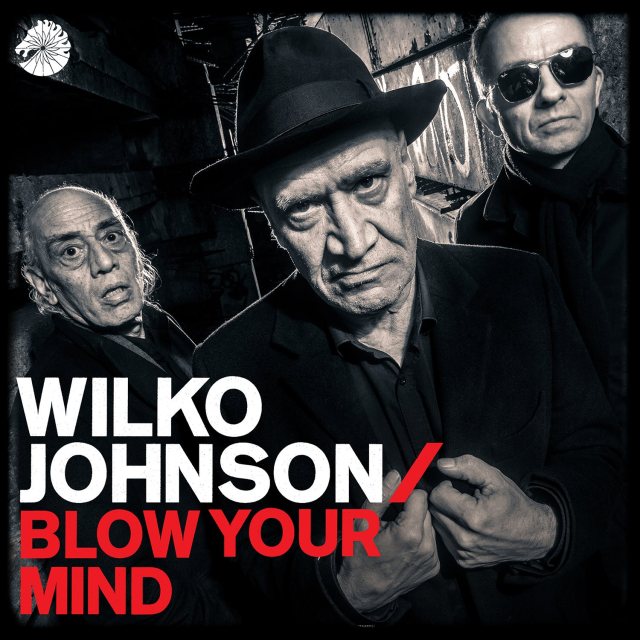