For the second time in the space of a few days I was seeing a band from the US with some of the finest musicians I have ever seen perform.  Still on something of a high from seeing Courtney Marie Andrews in London – twice no less – some more of my favourites were playing in my favourite venue in my home city, Norwich Arts Centre, with support from my anti-depressant of choice, Hot Raisin, who always put a smile on my face.

Marty O’Reilly has visited Norwich every year since he and the Old Soul Orchestra memorably supported Rainbow Girls back in 2014, though last year was a more intimate but still brilliant affair at The Handlebar in a solo performance.  Since then a masterful new album has been recorded and released, Stereoscope, the title track having been aired on his previous NAC visit.  I received mine a couple of months ago having pre-ordered it through their pledge campaign and it’s a magnificent work which is at its most rewarding with a few serious and immersive listening sessions in its entirety. Especially on vinyl. 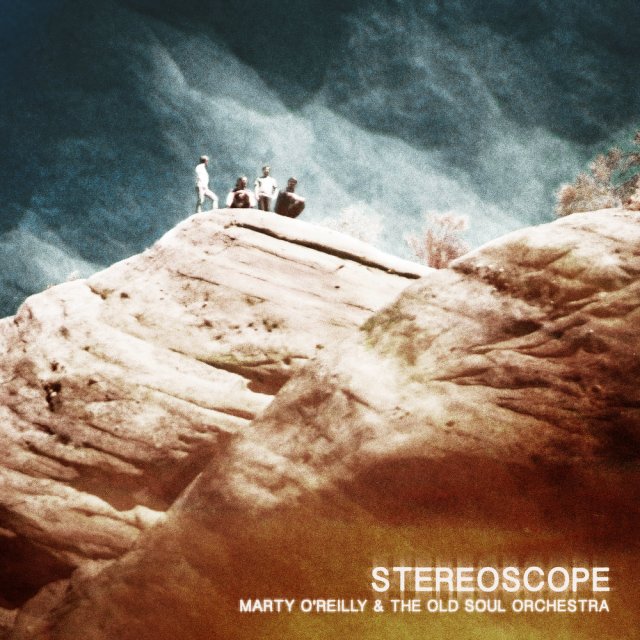 At ten past eight though it was time to head into the auditorium for a full band set from the lovely Hot Raisin.  They can’t have been any more excited or nervous than me for this as I was so looking forward to it.  They always deliver and it was an absolute treat to hear them through the Arts Centre’s PA in the more than capable hands of Conor and Alex, and on a beautifully lit stage too.  As usual though it all passed by far too quickly but I remember Read Your Mind, Later, Embrace Me, Midnight Gremlins, and of course Whiskey Ginger being personal highlights.  Come to think of it, that’s probably about the whole set! As ever they were cheerful, friendly and engaging and toasted the audience after every song so that we could all drink together in a lovely and inclusive togetherness.  It certainly is good to hear them on bigger stages, they thrive on it.  With the layout of drums at the front for Marty O’Reilly and the OSO it did mean a rare opportunity of a clear shot of Daryl, however this meant Tom was in the dark background instead!

They are obviously on stages in Norwich more frequently than Santa Cruz’s Marty O’Reilly and I lap up every opportunity to see both bands play. Hot Raisin are getting better all the time and it is such a treat to see them playing these bigger gigs, which they richly deserve. 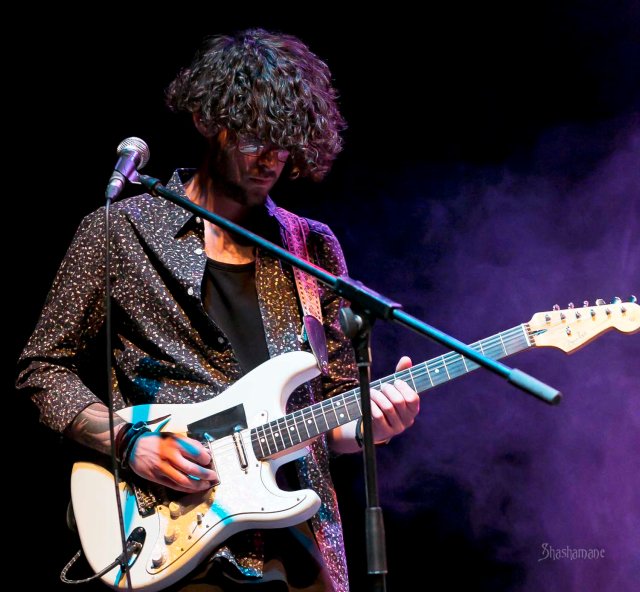 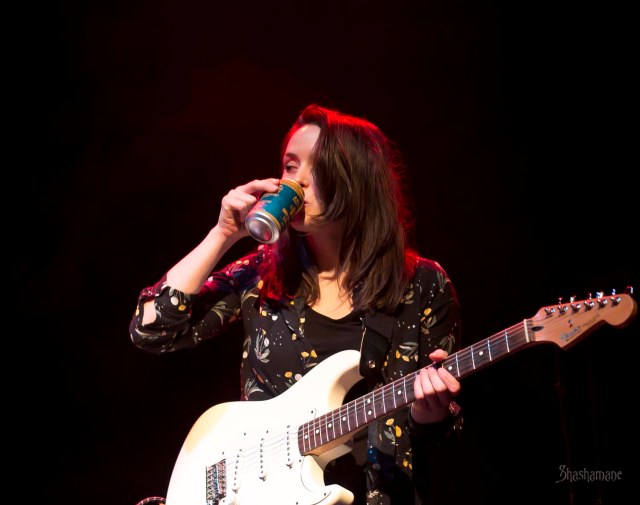 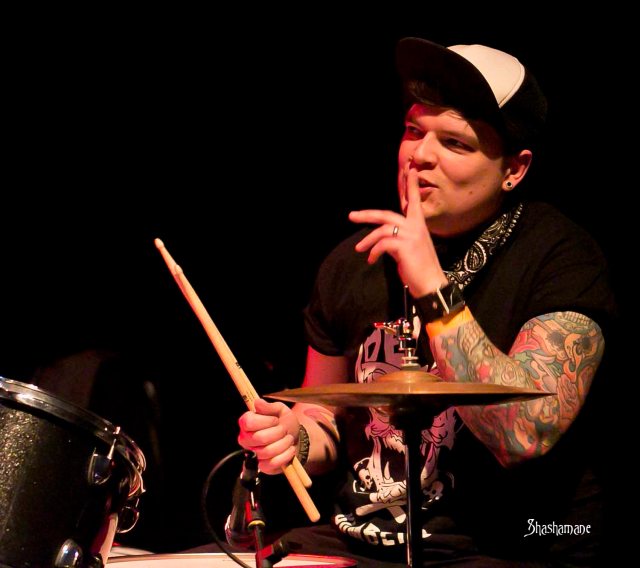 The quartet of Marty, Chris, Ben and Matt are a unit of incredibly talented and hard-working individuals, musicians who create something startling and magnificent: Marty O’Reilly and the Old Soul Orchestra.  The music becomes an entity of its own and seems to possess them in a way that is breathtaking to witness, there is no other band like them.  For a good 80 minutes or so they played their hearts out in an animated but trance-like wat to a whooping, enthusiastic audience absolutely enthralled by the music and musicianship.  Animated, passionate, intense and immersive this was a quite thrilling gig. Channeling the old soul of blues, gospel, folk, and of course Irish music there’s just so much feeling in this music, I find it incredible anyone could not be profoundly moved by it.  It looked good too, with the drums at the front of the stage they all played in a line and it works visually. Marty did reference the atmospheric smoke machine but I thought the smoke was just because they were on fire! 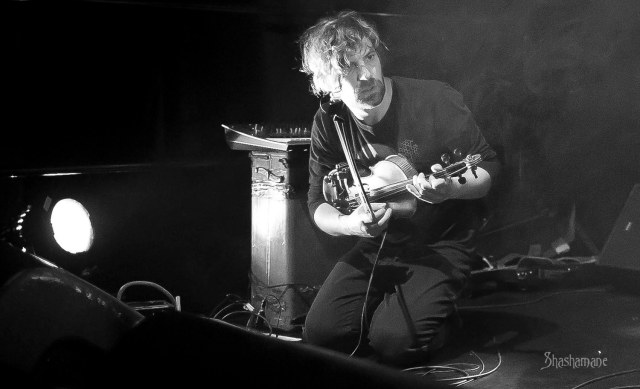 The music didn’t finish there though, Marty invited us to the bar to where they carried their instruments, led us and played an acoustic unplugged set on the floor with us all gathered around and above. It was tremendous fun. We were treated to a good thirty or forty minute encore with the likes of Cold Canary Gas Light, a cover of Samson and Delilah, and some beautiful singing along. Even a special impromptu request of Cinnamon Tree in the foyer when there was only a handful of people left in the building.

They never fail to deliver a truly astonishing live experience. Over the course of the evening playing some old favourites like Captain’s Daughter, an unbelievable Letters, Smokestack Lightnin’ and new favourites like Stereoscope, and Firmament; a mix of songs from the entire catalogue.

This is a band who would be a sensation at Red Rooster but they are only playing a few UK dates on this tour so do catch them if you can. I hope they will return for their annual visit next year. 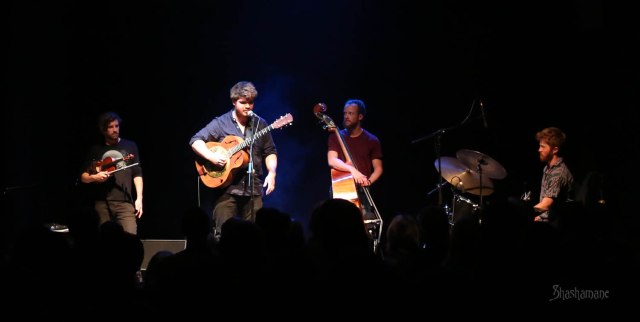 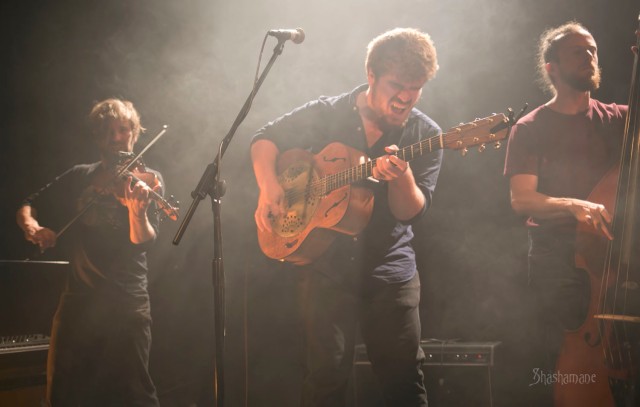 Big thanks to Marty and the boys, Hot Raisin, Blue House Music, and Norwich Arts Centre, which looked particularly atmospheric and sounded lovely too, one of my favourite gigs to photograph. 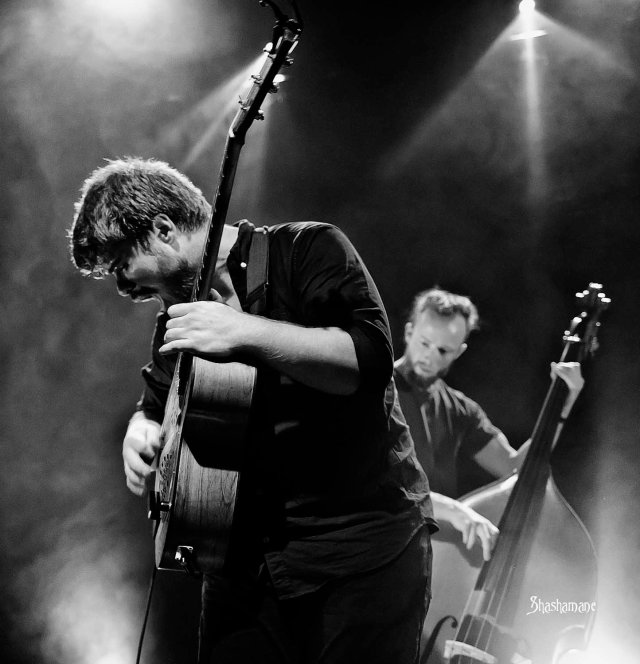 I have also reviewed this gig for Outline Magazine.