There was something perfectly apt about eschewing the tradition and commercialism that is the modern day Valentine’s in favour of heading to Norwich Arts Centre for a date to pay tribute to the Mark E. Smith of The Mighty Fall, as John Peel used to say.  Mutual admirers who kept their respectful distance in their lifetimes it is hard to avoid the wishful thinking that they are perhaps both now chatting, laughing and sharing a pint talking about music somewhere together.

It says much about Norwich and its individuals that we had someone who was a massive Fall fan who is also a dj with a comprehensive collection of Fall vinyl, and a willing hosting venue in Norwich Arts Centre who collaborated to bring about this very fitting night for us to listen to these cult classic songs very loud, over a pint with like-minded people. It’s exactly what we wanted and lapped up.  The bass in some of these songs is exceptional and few of us can do them justice with the volume at which we can listen to them at home. Well, without upsetting neighbours at any rate.  I absolutely loved hearing Blindness at this volume. 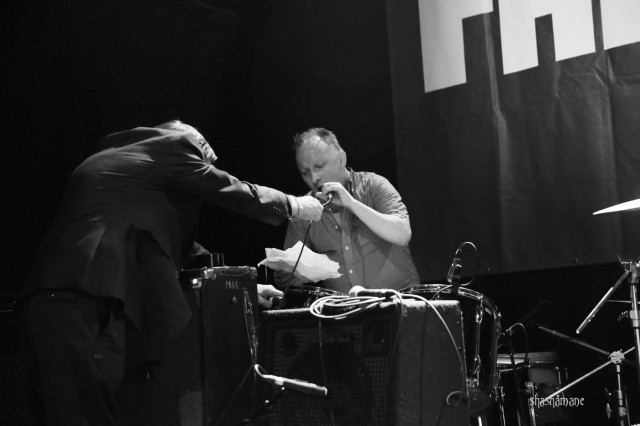 The wonderful Wee Davey (aka Dj78) had turntables set on on the floor just in front of the stage whilst a brilliant film he put together of MES and The Fall was projected behind him. The synchronicity could not have been better, among the footage, memorabilia and photos we had film of MES laughing hysterically during the audio playback of his Final Score football results and haircut comments to the presenter, with maps of Lancashire during Lay of the Land. It all synched beautifully and fortuitously. It wasn’t a gig as such but it sure felt like one and I kept getting the impulse to applaud loudly after each song. 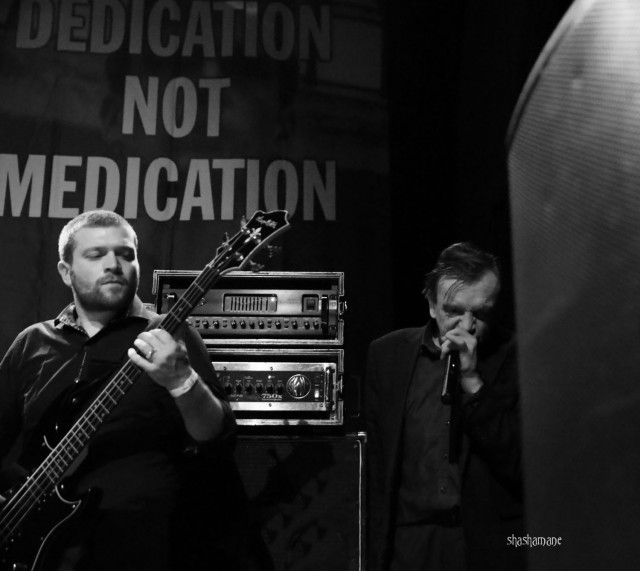 I spent the entire night soaked, trying to dry my sodden coat on a heater after a downpour of Mancunian-esque proportions befell Norwich just before the gig which I and many others were caught in and felt sure Mark E. Smith was having a last little dig at Norwich (Hit the North was inspired by his desire to get back home from our flatlands) but there was plenty of affection too and they delivered countless amazing gigs here over the years, some recent classics including an uncharacteristically smiling MES at Epic in 2012, and another I was at in the LCR in the 80s when the gig was so good he apparently ordered a free drink for everyone still present afterwards. So legend has it anyway, I missed out. 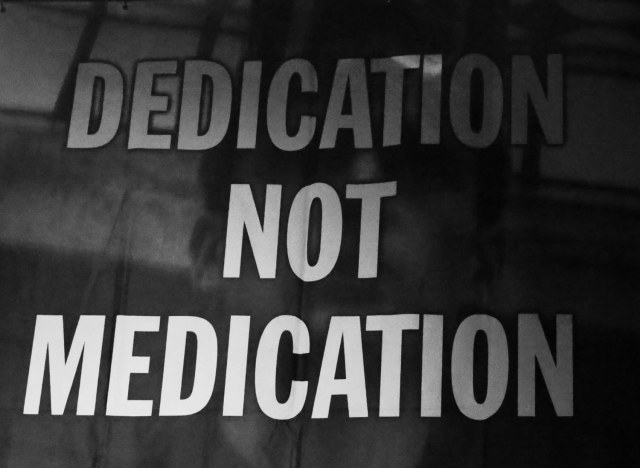 This tribute was fantastic too, to hear these incredible songs played loud was such a thrill, the only thing missing was someone wandering about fiddling with all the knobs and volume controls!

If ever anyone wanted an introductory gateway into the weird and frightening world of The Fall just ask Dj78 for a copy of tonight’s request pages from his notebook and you’ll have one heck of a playlist. 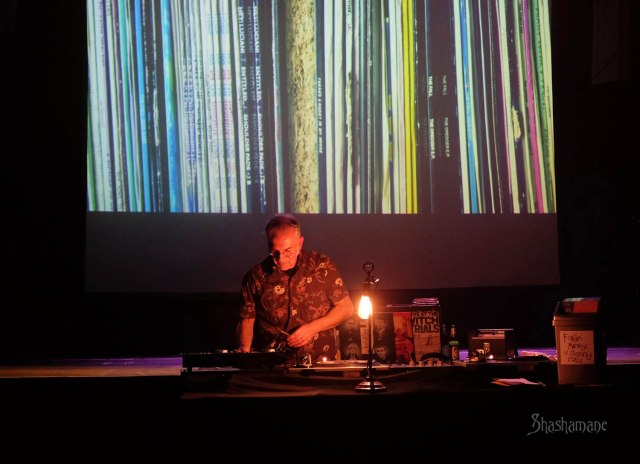 RIP MES, and huge thanks to the wonderful Dj78 and NAC for a healing and celebratory night of music which was a fitting tribute from Norwich to Mark E. Smith, which also highlighted a lot of what I love about our music community, and this most special of venues.  Another nice touch was the “Foldin’ money u skinny rats” donation box for the East Anglian Children’s Hospice.

By way of tribute following the sad passing of Mark E Smith, for one night only DJ78 (Davey Guttridge) is reviving his occasional disco event “Good evening, we are The Fall”, spinning nothing but an eclectic and personal selection from the group’s 30-plus studio albums and 50-plus singles and EPs, all on the original vinyl.

The legendary Peel Sessions may also make an appearance, despite being released on new-fangled compact discs.

More often found performing with his wind-up gramophones, Davey is a long-time fan, an occasional guest on BBC 6 Music and has worked for many years with the John Peel Archive, cataloguing and photographing John’s extensive collection of LPs.