In recent times a lot of the capital’s music venues have been closing at an alarming rate as a result of the difficult costs and gentrification. It can be sad and depressing reading seeings lists of lost venues.  I headed down to London to see one of my favourite bands from last year, Starcrawler, at the Omeara near London Bridge.  Upon chatting to the refreshingly friendly staff and security (I can think of a venue or two who could learn from this place) and reading up on it, it was really heartening to discover the venue only opened within the past year or two, bucking that trend of venue closures.  I wish it well and can’t praise the place highly enough, everyone was chilled out and friendly, it’s safe, beautiful and has great sound and lighting.  Being one of the earlier arrivals I was quite surprised when I learned it was 350 capacity, it is deceptively spacious and one of those places that seems to feel bigger as it fills up. Good sightlines with a gentle sloping gradient and a couple of steps (one of which I almost missed at first – my eyes!) meaning the stage is clearly visible from all areas. Atmospheric too and an altogether excellent and highly satisfying gig-going experience, I felt quite at home here and it’s the closest I have felt outside of the city to our beloved Norwich Arts Centre and I cannot give higher praise than that. 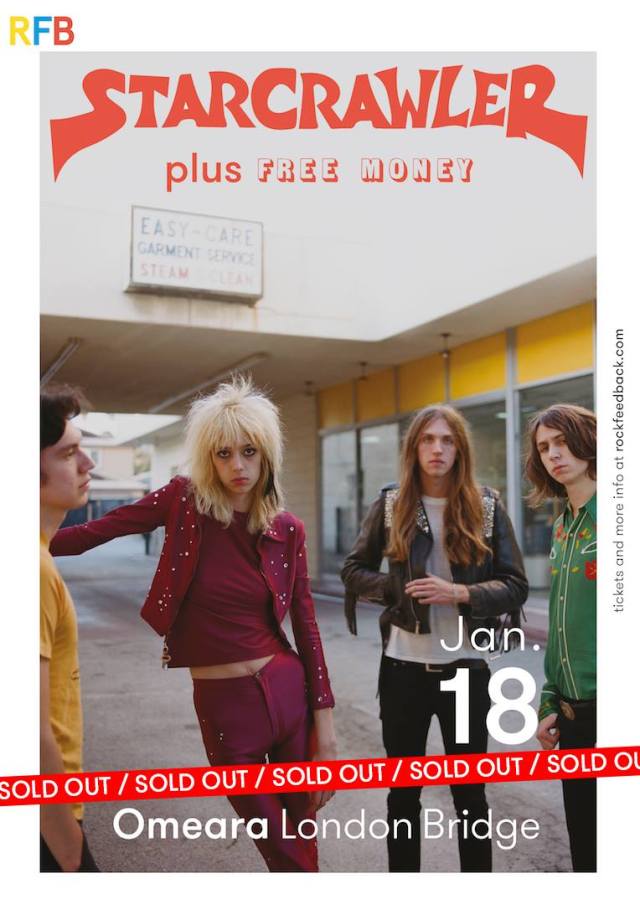 Starcrawler’s Norwich gig at Bedfords Crypt in November was one of my absolute favourites in a vintage year for live music in our city, in fact November itself was a vintage month.  Since then their album has been completed and was being officially released the following day though copies were available here but mine has long been on pre-order so I hope it arrives soon!

Opening the night were the first band I have seen to actually adopt that name from the old joke, of Free Money.  Lively, tight and enthusiastic they warmed things up nicely.  I particularly enjoyed their more frenetic songs.

Anticipation was building nicely as we edged toward 9:30pm when Starcrawler were due to take the stage (there was even a poster warning about the “immersive performace”) and there was loud excitement as Henri, Tim and Austin (who I don’t think I even saw on this small stage from my vantage point) started up, with Arrow soon following, in a straight jacket with wild eyes. One of the most compelling and exciting showpersons I have seen in a long while, Henri too is another visual focal point as he leaps, jumps and throws shapes with these massive riffs, reminding me at times of The Jim Jones Revue. Tim and Austin on bass and drums complete this brilliant and very tight line up.  Arrow was soon breaking free of the straight jacket, occasionally dripping fake blood and commanding the stage in a way that was just as captivating as it was the first time I saw her.  It’s quite a small stage so there was still that sense of intimacy, which was pleasing. This band must be seen in a small venue soon because I think they could become massive.

At Chicken Woman and the close of the set Arrow manically drew her bloodied fingers across her throat and once again dived off stage, ran through the audience and disappeared, Henri soon did similar and slung his guitar around someone’s neck and quite a few of the crowd ended up on stage, one of whom brilliantly said into the mic … “We’ve been Starcrawler. Thank you and goodnight!”  Only a 35 minute or so set but they played just about everything and certainly gave everything.  Wild and unpredictable.  So good to have some theatre and genuine excitement back in music, and what music!  I love the songs and the energy, everyone in the room did. There was a throng of people at the merch table afterwards. The band have such a wealth of influences which they make into something genuinely fresh and unique. Bits of the Pistols, Stooges, Nirvana, Wobble-esque bass, the theatre of Ozzy, Iggy and so much more, to become the glorious Starcrawler. The most exciting new band for a long time. 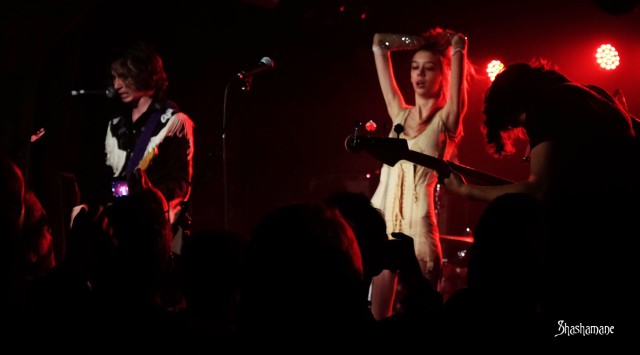 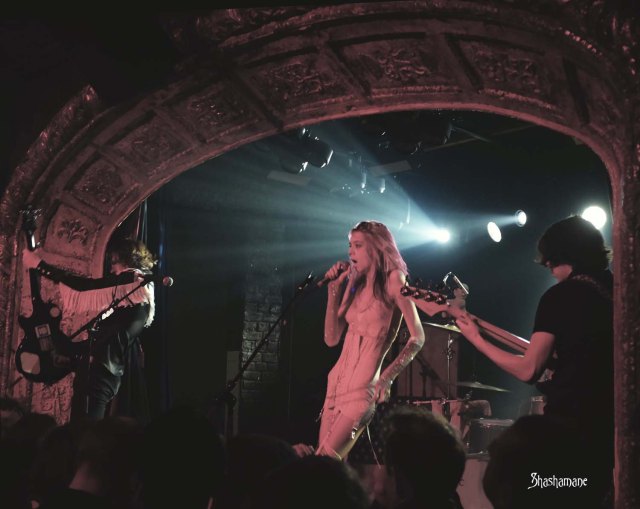 I only have a few phone snaps this time and they were from the side but the sightlines here are great and I was really impressed with the lighting. The sound was that perfect volume where it is neither too loud nor too quiet where you wish it to be louder. It was spot on.

It was well worth an away day gig although the storms of the previous night meant the trains were only running as far as Ipswich. Except the last train which wasn’t running at all so the Norwich bound passengers were put onto the Essex train which then went on to Ipswich followed by a ninety minute coach journey from there to Norwich but with a driver in good humour after what must have been a challenging day.  I finally got home well after 4am and very cold but still in good spirits, especially having earlier in the day seeing a sign in London for … Whiskey Ginger.

Thanks to Robert Balazik for this video which I have just discovered.