Other than a flying visit to play Marzano’s as part of BBC Introducing in Norfolk’s 10th birthday celebrations the other week this was Wooden Arms‘ first visit back to their home city in a year or so, not that there was any chance of them being forgotten, Alex Carson being one of the characters of the Norwich music community of the past decade.  Now based in London he has been concentrating his energies bringing into being the first full length Wooden Arms album, Trick of the Light which was being promoted and sold here, in all its gatefold, red-spattered vinyl glory.

Support was really strong for this OPEN club room gig too with Hot Raisin opening the night just after 7:30pm.  Playing as full band they sounded bright and punchy, really strong. The set was a good mix of old favourites and new ones. They have a quiet confidence and self belief which despite the self-deprecating banter between songs sometimes shows just how darn good they are.  Tory mentioned that they didn’t have a chance for a pre-gig rehearsal as full band yet chose to open with new song Midnight Gremlins, and then another new one, Read Your Mind.  To me that shows how good they are, their belief in the songs and how tight they are as a band.  Their chemistry always shows through and they are a group of good friends who get along brilliantly so this energy flows off the stage in the songs. The core duo of Tory – looking extremely elegant with her hair up and sparkly gold top – and Mary, always extremely cool and letting her guitar do the talking, are joined by her colleagues from Hello Bear – Luke, Tom, and Daryl. Despite the jokes and quips they are a hard-working, professional outfit of highly talented musicians excellent at what they do and having fun doing it.  I am full of respect for them all. 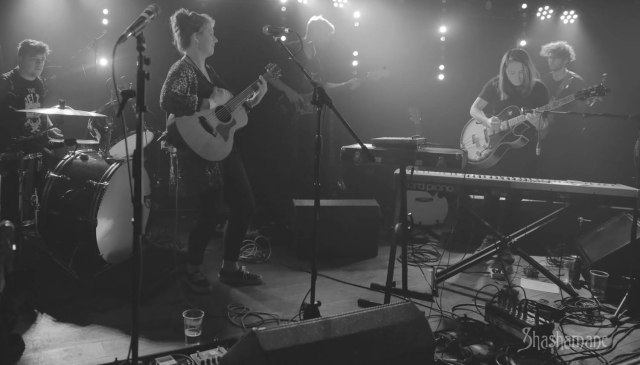 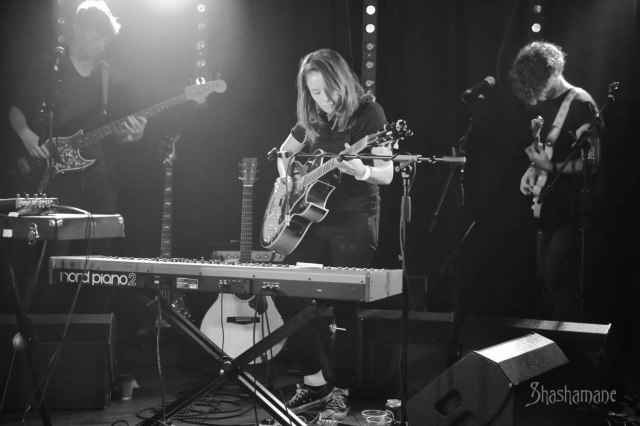 The Raisins unleashed a terrific new EP a few weeks ago, the wonderful Forge Sessions which has already sold out of physical copies of the first pressing run but downloads can be purchased on their Bandcamp page (or downloaded for free!) 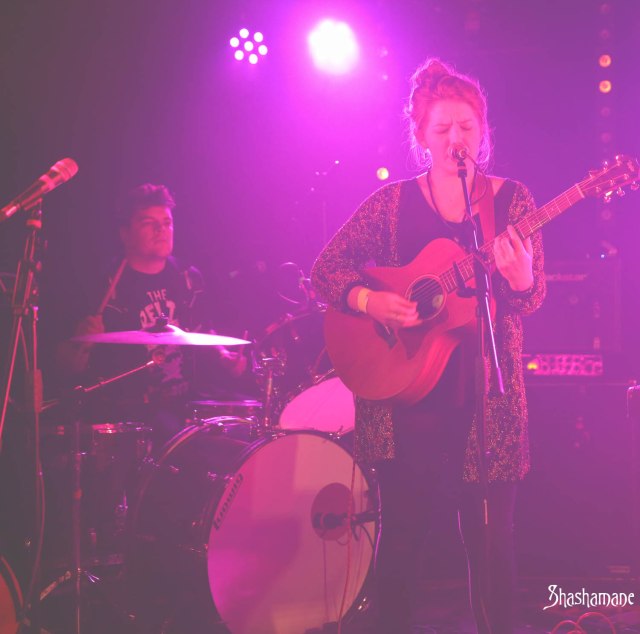 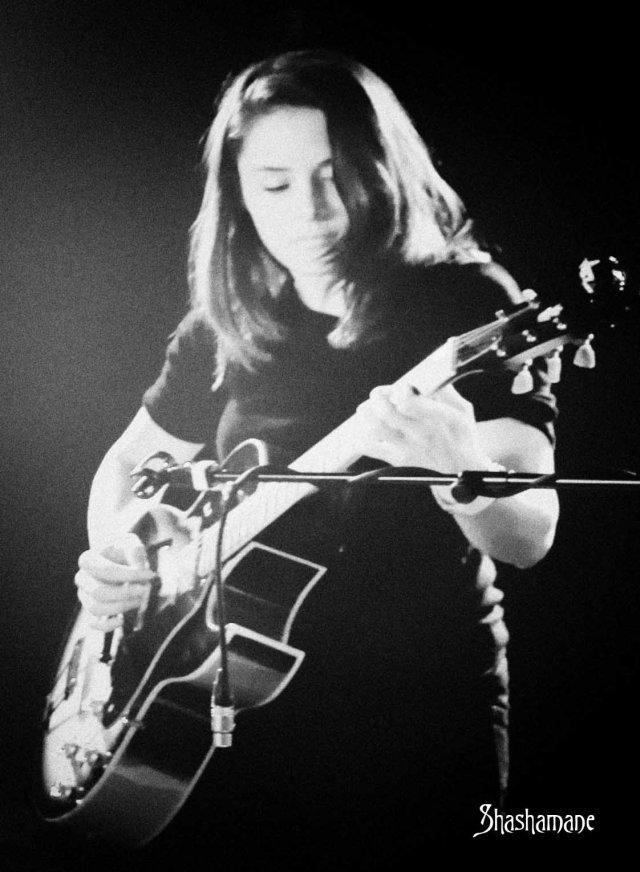 The previous times I have seen Chalky Seas have been in much smaller venues with informal set-ups so I was really struck by their big sound here. Using a drum kit helped too but their harmonies and how tight they were really impressed me.  They were good the last time I saw them but they have still come on leaps and bounds since then. They came off the stage to play a song unplugged amongst us toward the end of the set. This wasn’t in the slightest bit gimmicky and demonstrated their beautiful harmonies and delicate guitar playing. 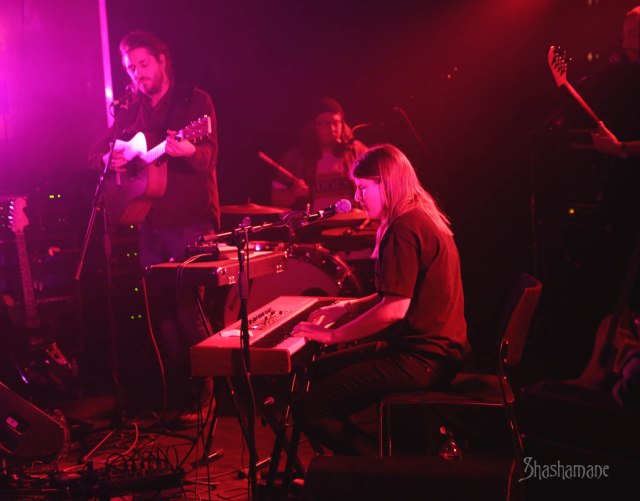 I was unable to make the gig when Wooden Arms played the Old Shoe Factory gig last autumn due to being at another gig at OPEN so for a band I have seen so many times since their inception five years ago it felt an age since the last time our paths crossed.  In that time they have gained another member (on bass), released an album, and have a sound that has grown incredibly. Plus Jeff has become a father, which is the reason this gig had been postponed a couple of times since it was first announced at the beginning of the year, and Alex has married Em.

The sound is now huge at times but retaining the subtle, quieter moments, letting those gorgeous strings come to the fore.  Alex looked completely lost in the music for the first few numbers before his familiar chatty, witty side started to come out after fifteen minutes or so, to say how nice it was to be back and how much he was enjoying it.  I didn’t get a chance for a catch-up with him but it was good to see him back and pleasing to see how well the band are doing. 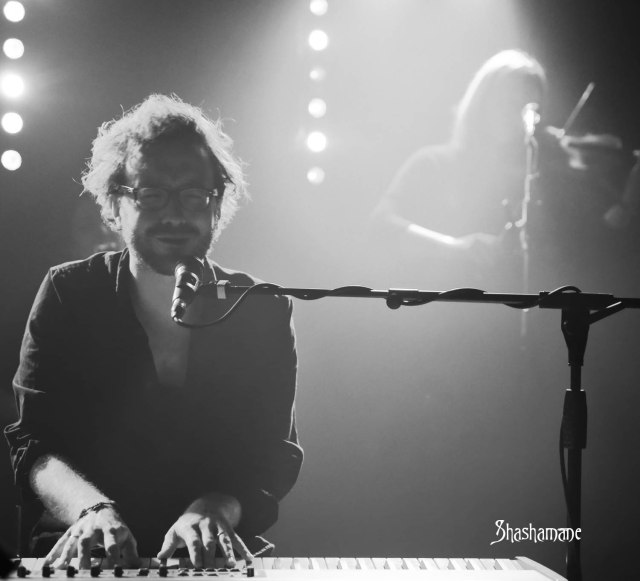 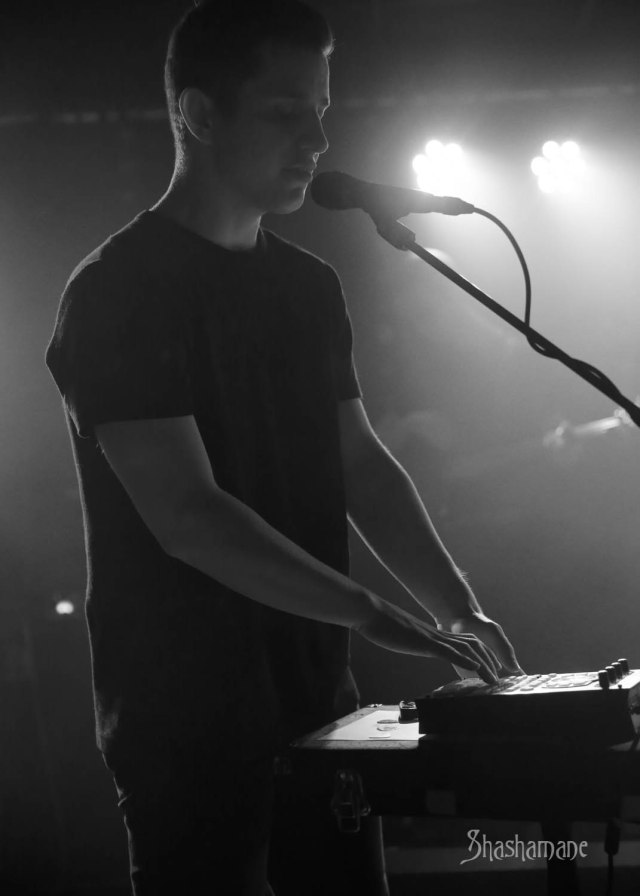 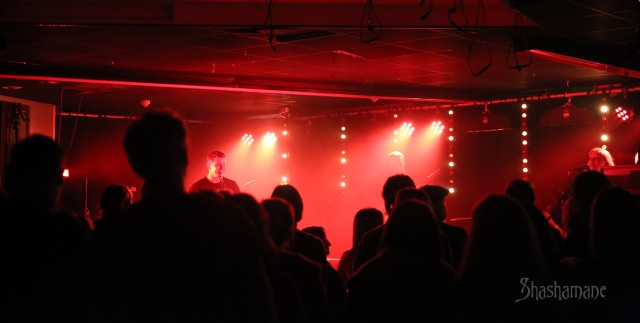 A fuller review will appear soon on the Outline Magazine website.

Many thanks to Outline Magazine, Craig at OPEN, Hot Raisin, Wooden Arms, and Chalky Seas.