It was only relatively recently that I first became aware of Worry Dolls through some browsing and exploring on YouTube and Spotify, so it was a nice moment of synchronicity and serendipity that soon afterwards I learned that Craig had booked them to play a very welcoming OPEN Club Room. With stellar support too from Lisa Redford and Norwich premier leaguers Morganway.  It was a lovely evening, the only slight negative being the misfortune of sharing a Friday night with the usual glut of Norwich gig-clashes … a mere twenty-five of these clashes to my knowledge which probably had an impact an attendance though there was still a decent turnout. There is never a clear Friday in Norwich: Music City, UK where on any given Friday or Saturday, or any day come to that, there seems to be at least half a dozen gigs I’d like to go to.  On this occasion we had Macka B at NAC, Mammal Hands at Epic, The Rezillos at the Waterfront, Black Sharks at the Owl, The Music House Acoustic-ish Session at Jurnets, and a whole host of others.

Fresh from her appearance the previous evening at the Guildhall, sharing a bill with Kieran Morgan(way) in his SJ and the Flying Pigs capacity, Lisa Redford opened the music at OPEN.  It’s always a pleasure to hear her perform and there was plenty of appreciation in the room from not just the audience but between all the acts playing too, which is always lovely. Lisa is currently recording some new material, produced by Jose McGill of The Vagaband, and she played songs here covering all of her musical career. 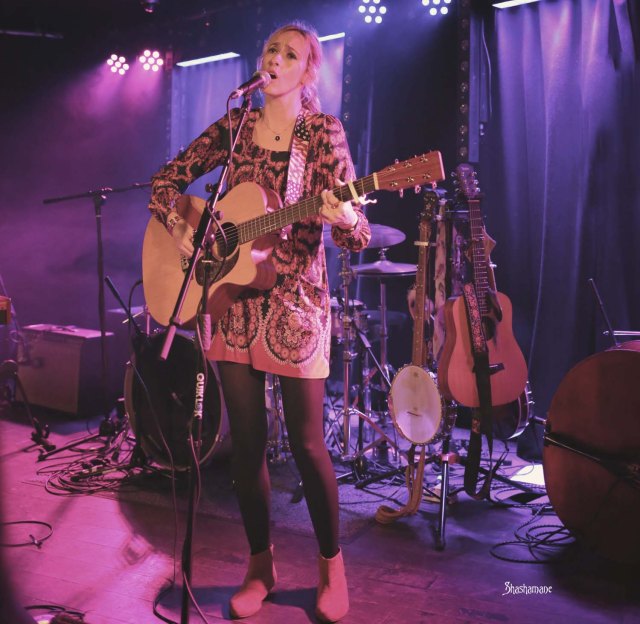 I do like Lisa’s songs, a lot. She impressed me at her recent NAC Nashville in the Round support appearance and again tonight. An easy and engaging manner between songs and wonderfully evocative, melancholic, wistful stories within them.  I like that she does not over-complicate the delivery of the songs, letting them breathe and allowing the listener to really appreciate the melody, voice, story and songwriting. She slipped a couple of covers into the set too, one from Cat Stevens and another – which worked particularly well – from Lucinda Williams.  As a barometer to how good an artist is when listening to them perform live, I will sometimes ask myself “Would I listen to this at home?” and in Lisa’s case it’s a resounding “Yes! Absolutely!” I most certainly would. So why don’t I own more of her recordings?  I must rectify this. 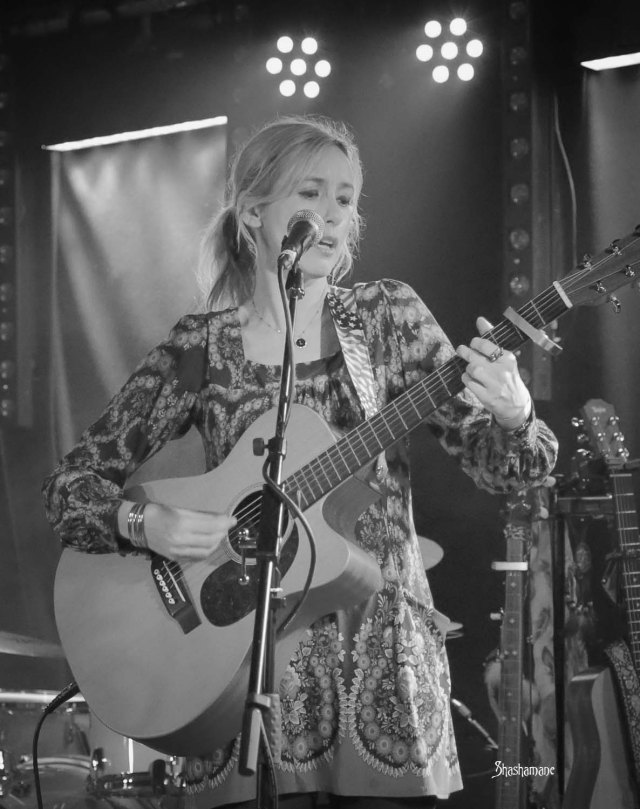 The magnificent Morganway were billed as playing a “stripped-back” set, and yes they were without their rhythm section but still sounded mighty and huge.  Currently recording their album it is a rare treat to catch them live this autumn and to hear some of these wonderful songs.  They sound cinematic, expansive and even anthemic at times and the band’s soul and professionalism always shines through.  A minor technical hitch decided to make itself known moments into the set but the way the band improvised as Callum made some field repairs and lead changes was hugely impressive, they never broke their stride or got ruffled.  Matt on keys (a rare sighting without the fingerless gloves but he was sporting an Unknown Pleasures t-shirt for BBC 6Music Band T-shirt day instead) was a powerhouse, as were they all, and Kieran’s guitar filled and reached every space in the room.  A beautiful and moving dedication to Tom Petty followed with a cover of Southern Accents, and my current Morganway favourite, the astonishing Frozen in Our Time. In my humble opinion their new masterpiece and if this is a taster of the forthcoming album we are in for one heck of a treat. Great sound for this set too.

Yvey B wearing her heart of light on her sleeve.

Apparently Worry Dolls – Zoe and Rosie – have visited Norwich a few times previously as a duo, most recently supporting Ian Hunter of all people, of which I learned in a conversation just the previous night and in glowing terms too.  Tonight they were with a full band, and what a band!  Superb players on deep and warm upright bass, truly brilliant and sensitive drumming, and some astonishingly beautiful pedal steel with the finesse and subtlety you’d only expect to hear from the likes of BJ Cole or Patrick from the Vagaband.  A wonderfully accomplished set of musicians playing with just the right blend of restraint and power, they really impressed me. The girls themselves play guitar, banjo, keys and have glorious songs and voices, with beautiful harmonising occasionally putting me in mind of Rainbow Girls … who were my own choice for band t-shirt day. I reckon fans of Rainbow Girls, Hope in High Water, Alden, Patterson & Dashwood, Gillian Welch, and The Woodland Creatures would love Worry Dolls too. 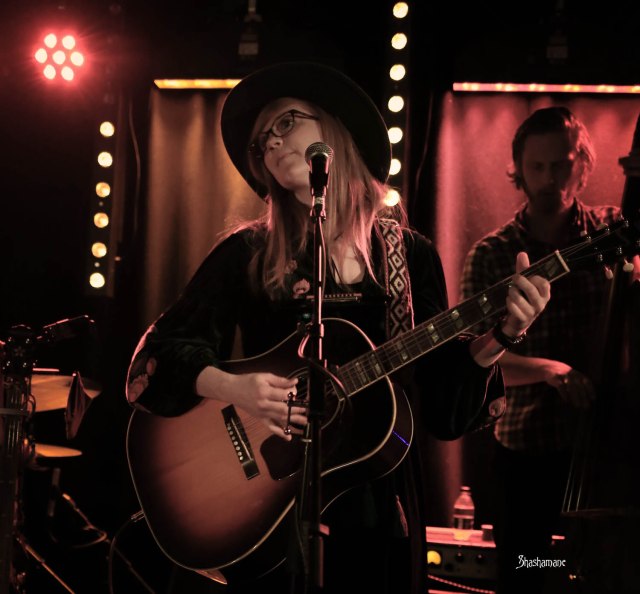 The set flew by and the girls were funny and charming between songs with their introductions, it seems “Bless Your Heart” does not always mean what we think it does over here, it being more of a put-down in the American South.

I was most impressed, charmed and moved by Worry Dolls, backed by a tight, excellent band the whole set was flawless and really well-received by an attentive and appreciative audience. We have a big appetite for this kind of music in this city, so well-played and delivered, there’s a lot of feeling and soul in these songs. I had no hesitation in buying their album on vinyl and am looking forward to giving it a proper listen at home.  Nice to see so many feathers and dreamcatchers around the stage too, not just for Worry Dolls but also in the lovely Yve’s hair for the Morganway set. Worry Dolls are fast making a name for themselves and it’s clear they are touching people deeply and really meaning something to them.  I think I’m joining those people.  At the end of the set as they strolled off the stage a few behind me shouted “Miss you already!” and that is exactly the song they played for their encore. Beautiful. 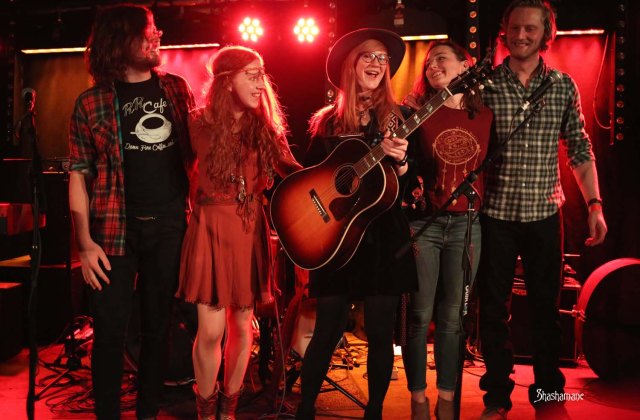 I felt a sense of two artists brought together by a common love of similar music and pursuing their dream … with hearts full of passion, purity and integrity for what they do. The music is honest and heartfelt and so is their intention …  and of course the listener always picks up on this. I love them all the more for that, on top of the great songs and playing. Thank you, Worry Dolls, come back again soon.

Worry Dolls are a tenacious female duo born out of the joint talents of Zoe Nicol and Rosie Jones.

When they met in Liverpool at just 18, both on their chosen path of becoming solo singer songwriters, and both falling under the spell of ‘O Brother, Where Art Thou?’. Rosie joined Zoe’s band as a mandolin player and backing vocalist and their great chemistry and love of harmony led to them starting a contemporary bluegrass band playing Nickel Creek, Alison Krauss & Gillian Welch songs together. Paired by their teachers for an opportunity to have their songwriting critiqued by Paul McCartney, they were inspired to start co-writing, and could now be described as an almost telepathically linked songwriting force.

The pair were drawn to London, where they spent the best part of a year sleeping on couches, obsessively co-writing and performing, and all the while developing a burgeoning cult following. Worry Dolls harnessed this period of transition and channelled it into two EPs, with their second release “Burden” evidencing a sound that was beginning to shed its starry-eyed innocence, and give way to a more acerbic and mature artistic voice.

‘Bless Your Heart’ is the first single taken from their 2017 debut album, co-written with Wild Ponies. It was the first song they wrote in Nashville. They’d been in town for a couple of days and were picking up the southern slang, including “Bless Your Heart” – which they were told can be used to point out to someone that they are being a complete idiot. The highly anticipated debut album “Get Gone” was released Through Bread and Butter Records in early 2017.

Worry Dolls tour throughout February, March and April 2017 promoting their album, with some incredible showcases already completed at the AMA’s Moth Club Showcase and London Fashion week with Vogue. Following this the band will be appearing at some of the UK’s best festivals, including an inciting to the prestigious Country 2 Country.

Special guests for this show & hot on the heels of a sold out headline performance at The Norwich Arts centre will be Norwich based Morganway who will be playing a very special ‘ stripped back & intimate ‘ set. This will be the only time you will be able to catch the band live in Norwich before they release their debut album early in 2018.

Many thanks to Worry Dolls, Morganway, Lisa Redford, the excellent soundman and extra special thanks to the fantastic Craig at OPEN. 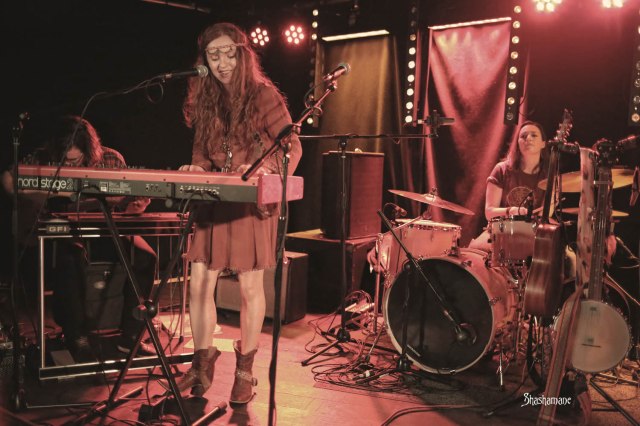 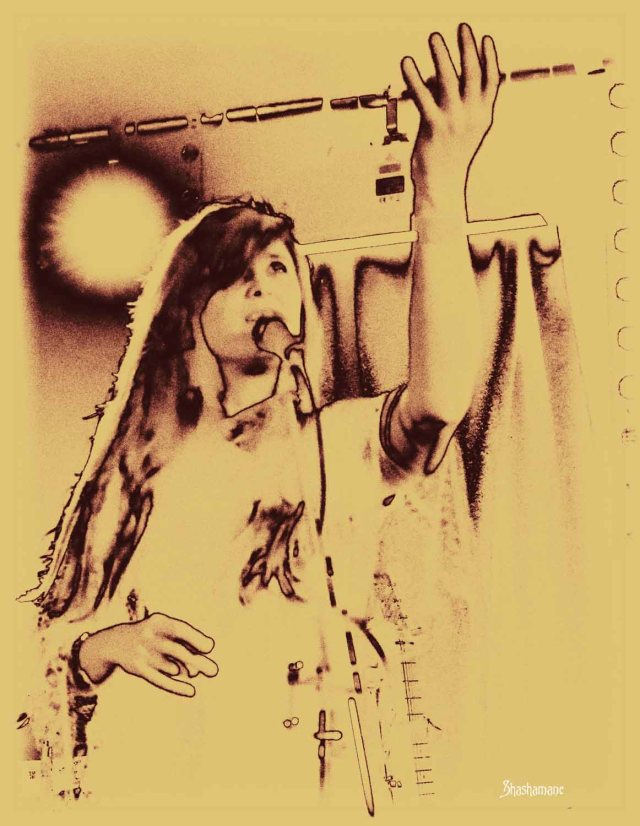 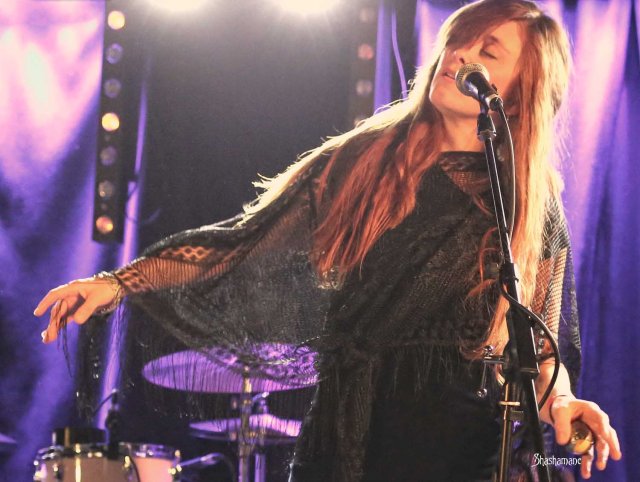