Posted on November 9, 2017 by shashamane

This was a gig I attended without the intention of doing a write-up for, I just wanted to experience the gig but what the heck, it’s Sleaford Mods!  And they left me with plenty of thoughts. 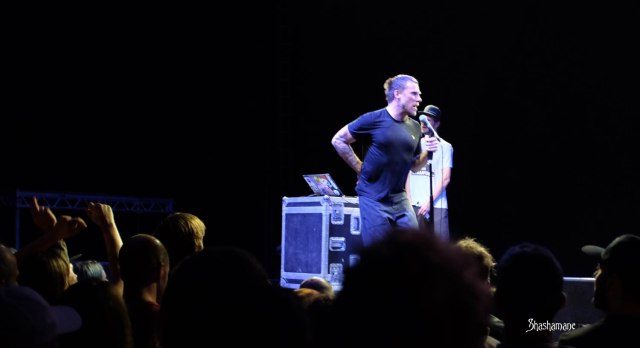 For reasons I don’t recall, I wasn’t able to attend their gig at the Waterfront a couple of years ago and it’s indicative of their rise that this one was to be at the UEA. I’m not generally the biggest fan of the pre-gig LCR experience but was pleasantly surprised with the warmer than usual “Enjoy your evening” greeting as I had my ticket checked as one of the earlier arrivals (why does this have to be so noteworthy?) but normality was soon restored with a thirty minute wait to be served at the slowest bar I’ve ever encountered, well before most people had even arrived at the venue … though most had by the time the queue started to move. And at the end of the gig to be ushered quickly out ” … if you’re not going to buy some merch … ” *sigh*

An honorable mention should be made though for the fact that Sleaford Mods were collecting for Shelter on this tour.

We’re collecting for @Shelter on this years tour. There will be folk with buckets at every gig. If you can afford it please donate.

You can also text SHELTER to 70444 to donate £3. If you can spare more visit england.shelter.org.uk/donate and donate what you can

Anyway, it was good to catch up with some familiar faces around the Nick Rayns’ LCR, Sleaford Mods’ appeal seems to stretch across quite a wide spectrum of music fans.  When Jason and Andrew did come onstage and start their set it was quickly apparent how impressively they filled the big space and their ability to connect with over a thousand people basically just using a microphone and a laptop perched on a flight case. 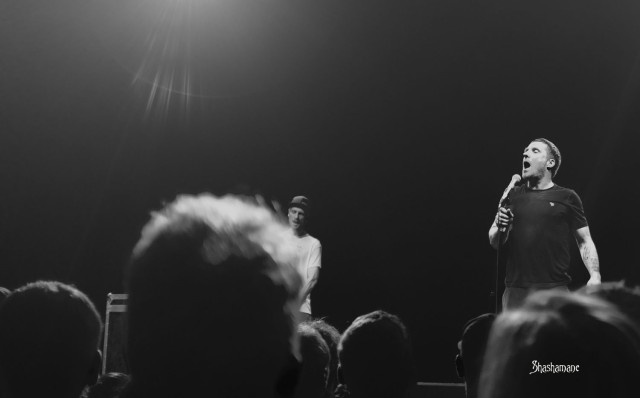 I honestly got the impression they enjoyed the gig as much as the crowd, who seemed to know every word of every track. I did not and only really made out the words on the songs I did know. Andrew was beaming thoughout and Jason said several times that it was all passing “much too quickly”, as well as referencing the LCR’s musical heritage.  What I love most about the Sleaford Mods is their articulate and hard-hitting social commentary , as well as their punk spirit and sheer power, nailing it every time. All delivered in an angry, passionate vocal style over some powerful beats. Like a hybrid of the voices of John Lydon and John Cooper Clarke, yet Jason is undeniably original and unique.  Just as I was thinking this Jason delivered probably the line of the night: “We’re not a punk band. We are not a f***ing punk band … we’re a cruise ship band”! Absolutely brilliant, this made me smile as much as anything in the set! 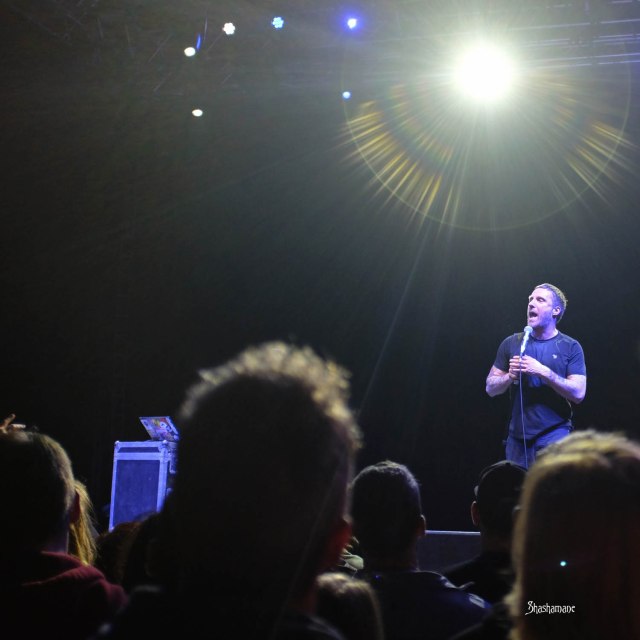 I think a request was shouted from near the front and Jason responded “We haven’t rehearsed that one in a long time. What Andrew and I do may look cobbled together but I can assure you a lot of hard work and preparation goes into all of this!”  I can well believe it. 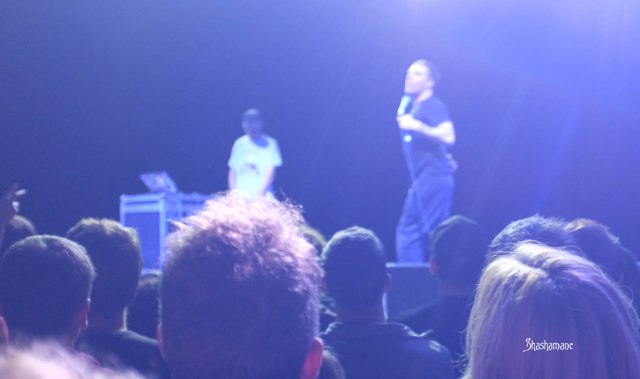 As a friend observed afterwards, between songs they could appear almost like cartoons with exaggerated panto strutting. It was very entertaining.  They were good, very good. During the hour or so long set Jolly Fucker, BHS and TCR were huge highlights for me but for the encore which -to my ears – featured more familiar tracks, I think that is when they reached true greatness.  If this gig had happened at almost any other time I may well have been raving about it for days but I am still in total awe from their Rough Trade labelmates Starcrawler, and their gig at the Crypt last week, and it was to them that conversation quickly returned in the downstairs bar with a post-gig pint wind-down.  That’s not a comment on this gig but the spectacular nature of Starcrawlers. Gigs like that don’t come along very often but nor do ones like this.