The usual Friday gig-clash had me dashing between OPEN and the Owl Sanctuary this week in another packed night of music in Norwich. Even arriving just after 7:30pm I found the howtocuredyslexia Band was already well into his set at the Revelation Brothers’ album launch and he had the audience’s full attention, listening to his clever lyricism.

A wonderfully relaxed and in holiday mode Hot Raisin took the stage at 8pm, joined this time once again by Luke. They’ve played loads lately and were tight and sounding good through the Club Room PA. Tory sporting a Courtney Marie Andrews-esque fringe, they were in good humour too and sold the very last physical copy of their Whiskey Ginger EP (though still available as a download) and during the final flourish of said song Luke broke a string in a rather rock and roll moment, much to the mirth of the girls 🙂

Third act on this full bill were Falling From Trees, now augmented to a five-piece with the addition of drummer Sam.  The development of this band in the two or three years since I first saw them is incredible. They were then an acoustic sibling trio and it was largely based around Rebecca’s powerful voice with Adam and Leo on guitars. The band since the addition of bassist Joey have become infinitely more powerful and tight, he’s brought a new energy and there’s a new dynamic to the band and it shows in the way he connects and draws in the audience. They played a belter here and have even progressed since I saw them at the Mo just a couple of months ago.  I don’t think I’ve known such a rapid improvement in a band before, they’ve grown as a group so much, with the corresponding self confidence that comes with that. Tighter and bigger than ever they are thriving and the audience felt and loved it too.

There was an enticing gig also happening at The Owl so as soon as FFT finished there set I headed over.  Me, Sugar Promotions put on a bill that included the intriguing Tres Pantalon plus Gurunfoe.  I’d heard good things about Guranfoe but alas they had just finished their set when I arrived.  Reports were really positive though. Must try and catch them soon, if not before that incredible line up at The Waterfront Studio when they, and Organisms, support the amazing Acid Mothers Temple.  I did however catch the full set from the incredible HANK.  They too have grown into a massively powerful and fascinating beast even since I last saw them at Harlequin just a few weeks ago.  They have a tremendous energy and chemistry and a rapidly growing enthusiastic following.  The Owl room upstairs was boiling and incredibly sweaty with the headbanging and dancing bodies gathered around the stage.  They may well be our very own version of a heavy Acid Mothers Temple. Catch them soon, they are very good, loud and a lot of fun. And they love breakfasts. 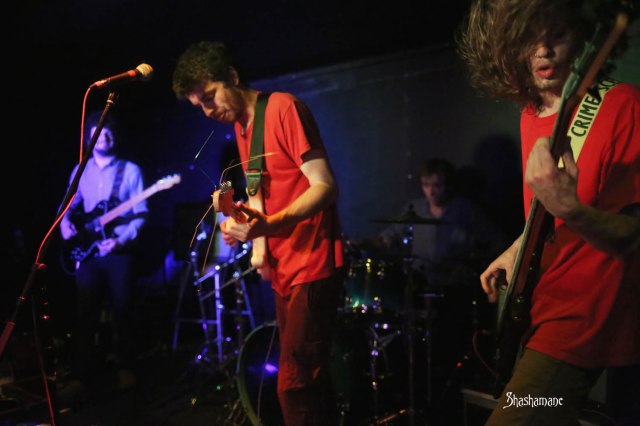 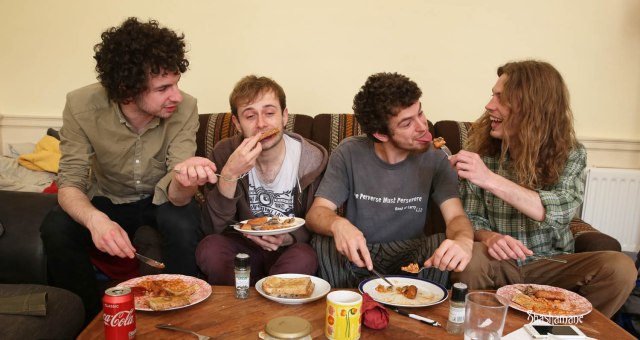 Another dash back to OPEN and the Revelation Brothers had already just started their headline slot meaning I had totally missed Perfect Mistakes though I did sort of catch them when they joined the boys onstage for a few songs, including a totally unexpected encore cover of Aha’s Take on Me!  Their debut album can be purchased from Bandcamp and will also soon appear on Spotify etc. There was a great atmosphere during their set, good vibes from the stage and from the floor. It felt quite celebratory, as indeed it was. 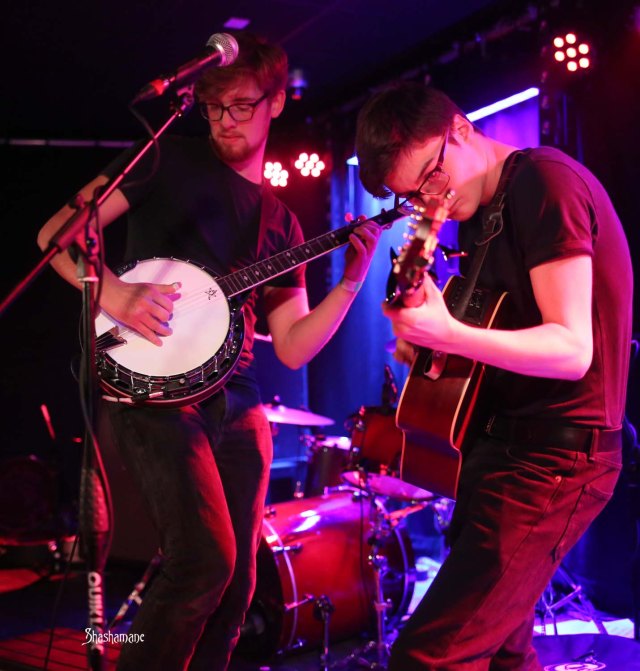 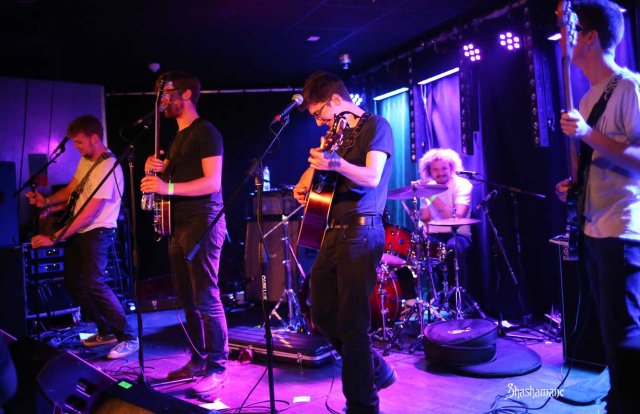 Afterwards I spent a mellow hour or so with a chilled-out dj vinyl set for a perfect wind-down.

Thanks to Craig at OPEN, and Ash at Sugar, Me.