On the eve of the summer solstice during one of the hottest Junes I can recall I headed once again to the wonderful Norwich Arts Centre for the latest in a string of great gigs.  This was one of the very best of all.  I am not entirely sure what I expected but it wasn’t quite this and Ryley Walker and his band totally exceeded all of my expectations.

Shortly after 8pm the support took to the stage, Health and Beauty, who are of course the band who will later play alongside Ryley Walker.  It’s hot and the room isn’t yet too full as many don’t want to be inside before they have to but the band are certainly interesting and I’d like to listen to their recordings properly at home, there are a lot of influences going on in there.

When Ryley Walker and the band come on the room has filled considerably and the band are locked into some epic sounds. Any preconceptions of folky blues are immediately banished as we have some full on rock jam sounds and some brilliant playing to an asbolutely adoring audience.  There was a welcome feel of 70s rock and psychedia which was utterly mesmerising throughout.  All four of them are compelling musicians to watch and listen to, the drummer producing some incredible and inventive sounds.  Towards the close of the set Ryley opens up about depression and says “All I have is the music. Music is all I can give” at which point the drummer leaps from his kit to hug him. A beautiful moment.  They are tight as a musical unit and as a group of friends. There was an inclusiveness about their personas onstage, even inviting a “guitar doctor” to re-string a guitar.  Being Norwich, there was of course someone happy to oblige.

The evening didn’t end there though, Ryley invited us to join him at the Ten Bells where it was a real privilege to hang out and talk music with these really lovely people.  The gig had a similar feel to the Rainbow Girls/Marty O’Reilly visits, fantastic music played by truly warm and open, friendly people. This was one of my favourite gigs of the year so far, without a doubt. Next stop for them is Glastonbury, on Sunday.

The Eaton Park Cafe, run by the Bicycle Shop, has resumed its live music nights for the summer and on Friday I went there for the ever-lovely Phoebe Troup who played a couple of sets. Mainly her own beautifully expressive compositions but with a few well-chosen covers that she put her own take on, including a completely re-arranged Wicked Game.

On Saturday I headed to The Owl Sanctuary for the Painted Heathers album launch which included Blank Lines, Aseasita, and the excellent Blisster on the bill for an Off With Their Records night that also featured a dj set from Sink Ya Teeth.

Last week at NAC Georgia Shackleton dedicated a song to David and The Stanford Arms in Lowestoft, which thanks to Hot Raisin was my destination on Sunday.  They were three very hot Raisins indeed with Tory, Mary and Luke playing their hearts out on an incredibly hot afternoon.  They had one or two new songs which sounded great, plus a couple of new covers, including Miss Ohio by the amazing Gillian Welch, for which Mary used a shot glass as a slide.  I love Hot Raisin and their company … they are my anti-depressant 🙂 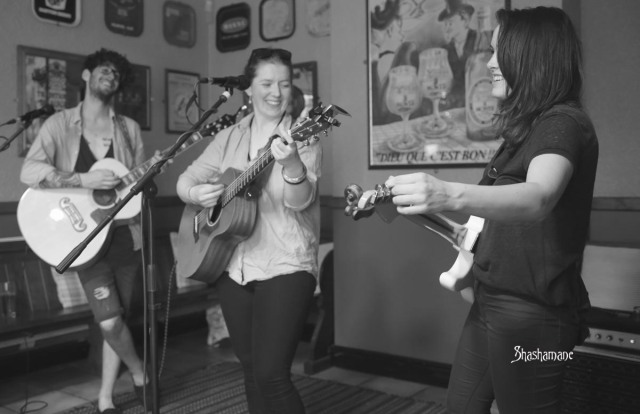 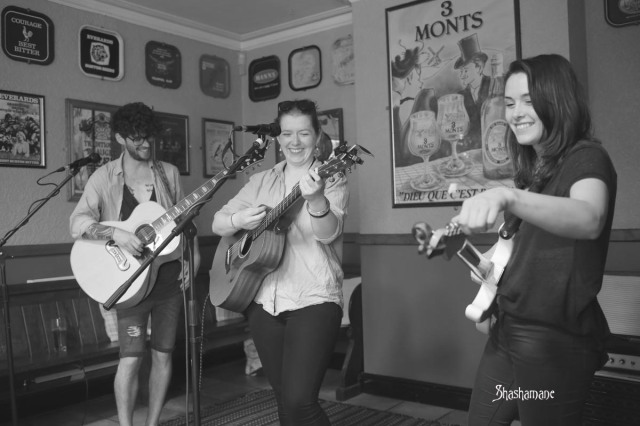 The weekend’s music closed in balmy, relaxed style back in Norwich at Platform Twelve with some incredible guitar work from Peter, Chester, Anoush, a set from French Dog and some piano from Robin.