In something of a Hot Raisin weekend I caught up with Tory and Mary playing as the Hot Raisin duo at OPEN supporting History and Lore, alongside Ginny Dix and The High Points. Whilst Sunday saw the second semi-final of the Twisted Melon/KLFM/Festival Too 2017 Battle of the Bands contest, held at West Winch close to King’s Lynn.  The calibre of the five bands in this heat was superb.  Opened in noisy, riff-heavy fashion by Dog Fight (complete with Battle of Britain pilot’s mask on the mic stand), I enjoyed them and their spirit, the singer has a great voice.  They were followed by the even noisier Damaged from Cambridgeshire, hardcore punk with great presence, spirit and energy. Not afraid of being political either. 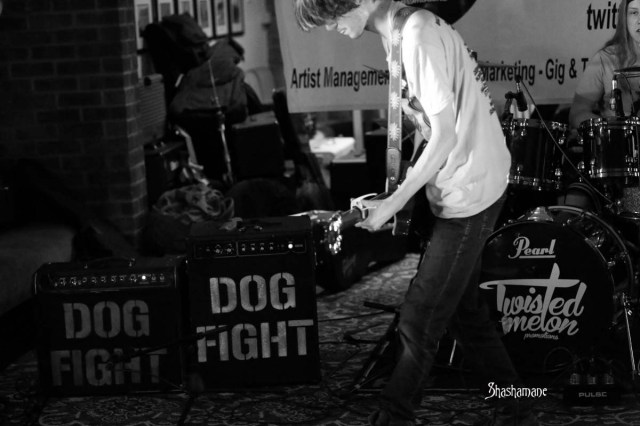 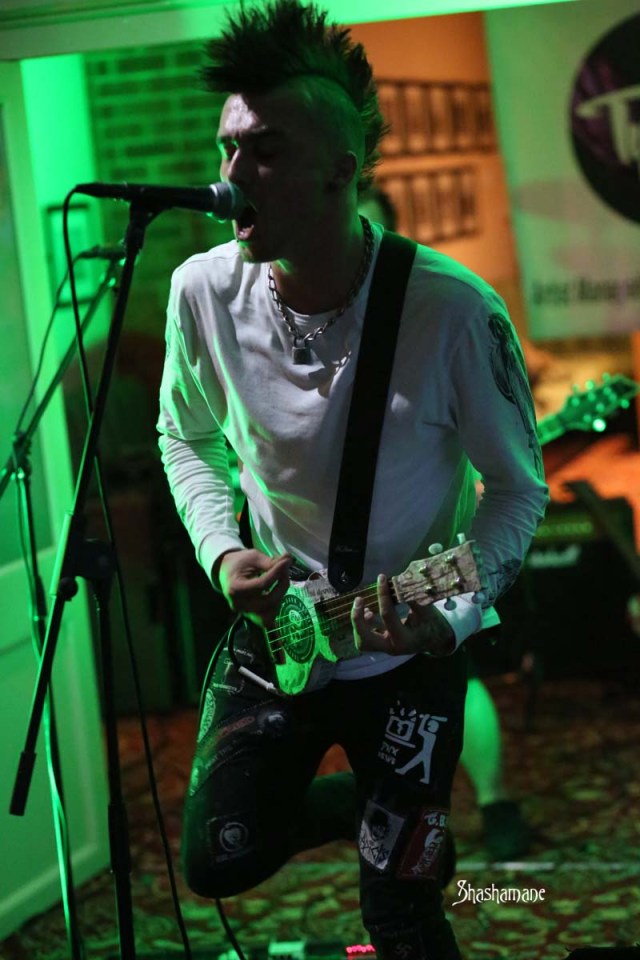 Drawn to play next were The Wise Naive from Peterborough. This was a slick and professional outfit of eight or so members playing soul, funk and rock with brass backing behind a tremendous voice. They had a lot of presence and were highly impressive. 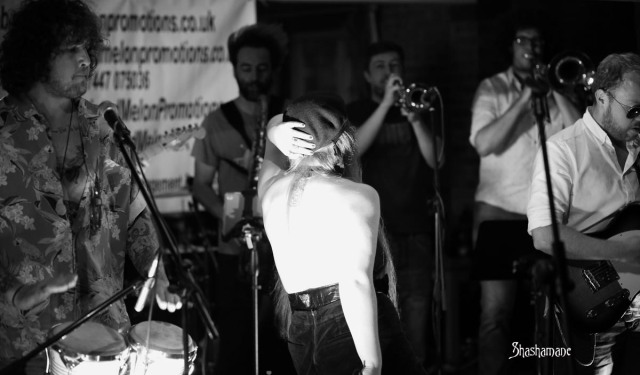 It was well past 10pm by the time Hot Raisin’s turn to play came around, the full five-piece band made me feel a strange sense of pride as they displayed everything I love about them with a wonderful sound – the soundman nailing it – and playing a great gig.  Hot Raisin are a band who just always make me feel good and happy, and as people I love to hang out with them too, they brought all of this onstage with them and were just totally themselves, doing what they do and doing it brilliantly. Looking relaxed, enjoying themselves and sounding tight. They opened with Captain and followed with Later, Like a Bear, Embrace Me, an excellent Track and Field, Wolf in Me Skin, and closing with a belting Whiskey Ginger.  They played one of my favourites gigs I’ve seen from them, the dynamics of the band is just right with no competing egos, they obviously enjoy each other’s company on and offstage, respecting each other as friends and musicians but they also bring that other special ingredient. Fun. They clearly love being together and as an audience member you always pick up on this and just know that they are being natural enjoying playing their music.  The songs of course are strong and all played really well, I liked that they were true to themselves with the spontaneous little touches like the drinking game or the exchanged glances and smiles, even laughs, that show their personalities and individuality … and when they’re personalities with such positive energy as theirs that is to be strongly encouraged.  I felt all of this was well-reflected in the excellent summaries from all of the judges which were all full of praise. 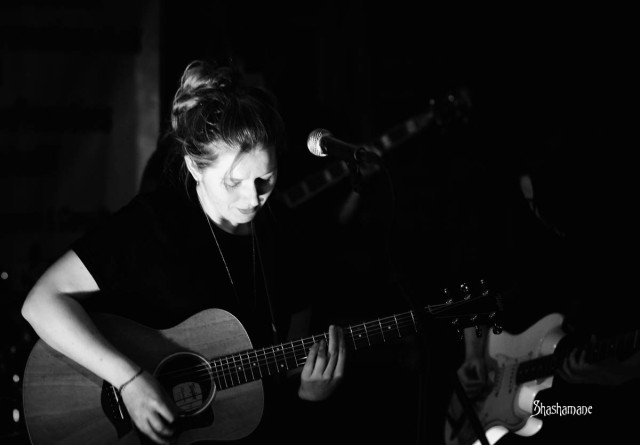 Closing the night’s live music was Downham Market’s Flint Moore whom I saw in the last heat.  Possibly even more impressive on this occasion they have a good sound, play with intensity and are strong visually. 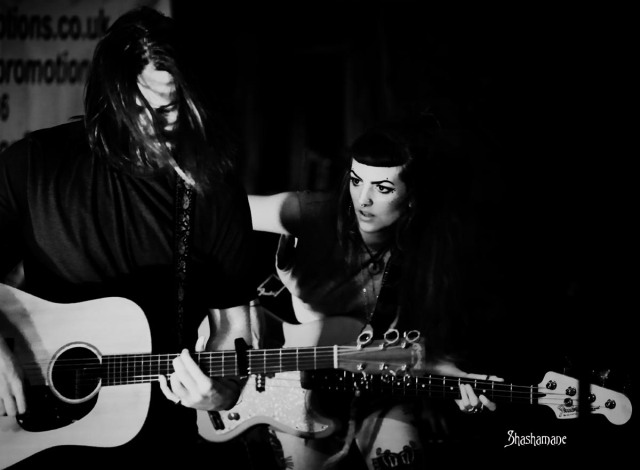 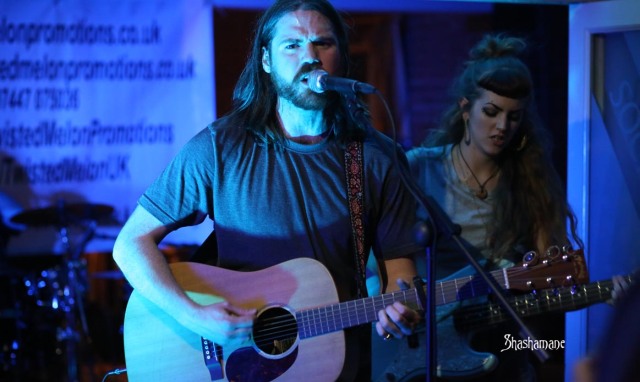 It cannot have been an easy task for the judges to select the bands to go through, I enjoyed all the acts and would see each of them again but I think I agreed with their selection, sending Flint Moore, The Wise Naive, and Hot Raisin through to the final!  The event was once again played in good spirit with everyone supportive of each other.

Huge thanks and congratulations to Tory, Mary, Luke, Tom, and Daryl

The William Burt Social Club was so vast that it was also hosting a kind of 1940s dance night in another area, which I stumbled upon between bands … I thought I was Gary Sparrow in Goodnight Sweetheart for a moment…

To think, this was going on in the same building at the same time that Damaged were playing!

The previous night’s gig at OPEN saw Hot Raisin opening with a most enjoyable set of 20-25 minutes or so and a special treat was to hear the first airing of a reworking of an old song which is called Conscious.  As so often happens their set seemed to be over in moments but it was good to see the girls and I knew I’d be seeing them again the following day. 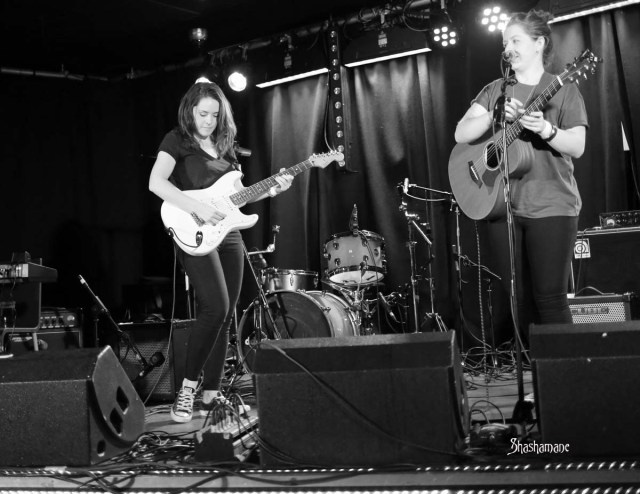 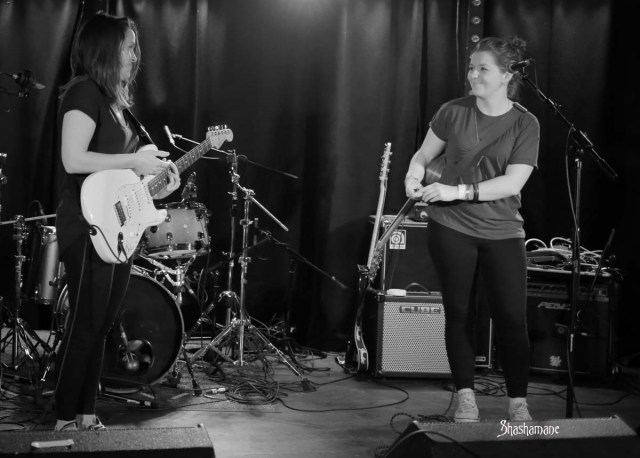 The original line up was to have included Chalky Seas who were unfortunately unable to make the gig but their slot was taken by Ginny Dix who of course is one of the band. She too played an enjoyable set at the piano which was well appreciated by the audience.

Apparently The High Points used to be Chasing Creation who I have seen once or twice at Jug Jaw’s Beat Club but they’ve clearly had a re-branding and have a funkier sound now and played with good energy to some enthusiastic fans down the front.

I can’t say I knew much about Cambridge’s History and Lore who came across as really nice people but seemed to be plagued by technical problems, however they were filming the event for their new single … complete with a multitude of inflatable animals thrown into the audience, so they were not going to be defeated. For me something wasn’t quite right with their live set on the night but I could tell that it would be interesting to check out their recorded work, there was an 80s indie thing going on at times.