It felt rather as if summer had properly arrived as Norwich Arts Centre hosted this evening of gentle and heartfelt country-flavoured music from these three Nashville-based musicians on a balmy evening, gentle country and folk music drifting from the auditorium.  The Blue Moon beer from the bar was very refreshing!

Support came from Lisa Redford who was joined by one of our finest musicians, Noel Dashwood on dobro.  Lisa played a lovely set of Americana flavoured songs with stories of “what might have been”  gently and sensitively accompanied by Noel.  The storytelling of the songs and Lisa’s pure and emotive voice was a real pleasure to listen to.  Lisa has herself spent time living in the states but is once again Norwich-based now. 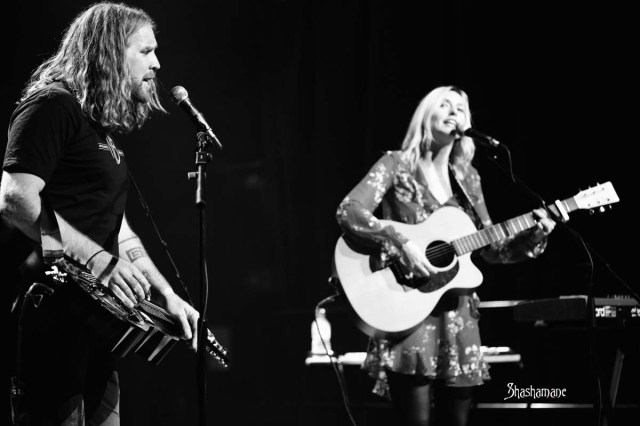 The In the Round section of the evening was split into two sets around a short interval with Sarah Darling, Michael Logen, and Jenn Bostic all taking turns to give a little introduction, chat and play their songs in rotation.  Their gentle ways were very complimentary to each other with some subtle accompaniment on many of the songs.  All of them well-crafted and beautifully played with great sensitivity,  Sarah and Michael both playing guitar whilst Jenn played piano, although she also played guitar for a rootsy blues number, which I loved. As well as the musianship and voices, what really stood out in a performance like this was the superb quality of the songwriting, from each of them. 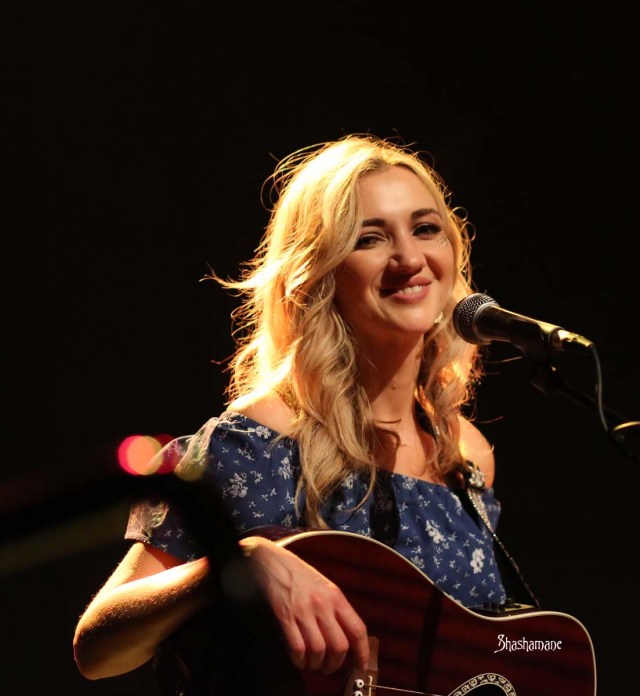 Of course the day had been a sombre one followed the shock and tragedy of the events in Manchester the previous night and they all made sensitive reference to this, in quite a healing and beautiful way, we are all gig goers after all and music is our medicine.

At the end of the second these three beautiful souls all appeared in the middle of the sold-out seated audience for a lovely joint slow rendition of Jolene with gorgeous harmonies to cap a fine night of music.  I wasn’t very familiar with any of these Music City artists prior to this gig but with this introduction came away as a convert to the music of all three of them, who, it must be said, are also extremely lovely people too.

On the previous night, and indeed the tomorrow night too, they share the stage with a duo who are big favourites of mine, Hope in High Water, lovely friends of mine who make their visit to Norwich on Thursday at The Guildhall for Grapevine. 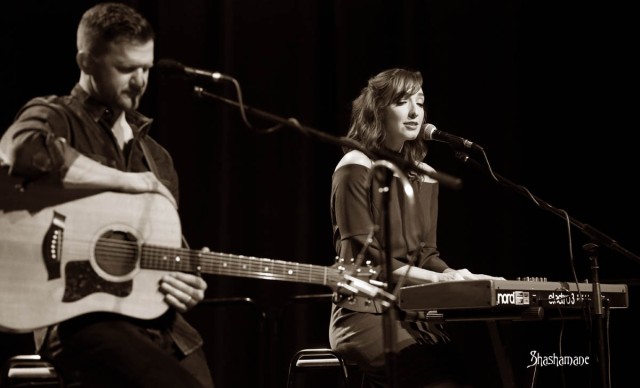 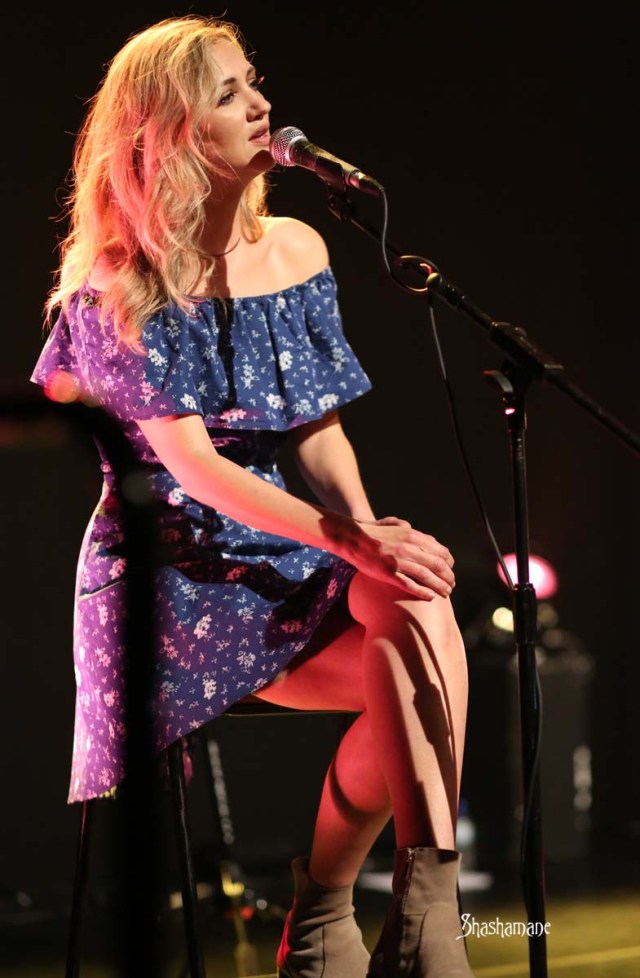 A taste of Nashville returns to the UK in May 2017.  An evening in the style of the Nashville’s famous Bluebird Café as Sarah Darling, Jenn Bostic and Michael Logen come together.

Sarah Darling
Over her career Sarah Darling has released several albums with 1/2 a million downloads worldwide and two number 1 videos on CMT and GAC. Her biggest hit, ‘Home to Me’ lead to performances on Conan O’Brien, Fox & friends, and opening for artists like Carrie Underwood and Kacey Musgraves. She recently supported chart topping duo Ward Thomas on their UK tour. 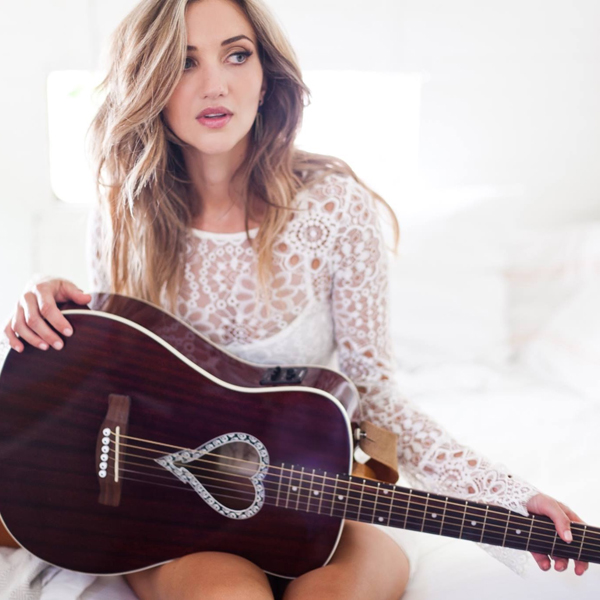 Jenn Bostic
Jenn Bostic is a Minnesota native, currently residing in Nashville, Tennessee. Her emotive songwriting and powerful vocals have been touching hearts around the world. “Jealous of the Angels,” a song written for her late father, allowed her to connect and empathize with her fans in a remarkable way. “Jealous of the Angels,” produced by Barrett Yeretsian was discovered by Smooth Radio’s Simon Bates, where the song immediately jumped into the station’s Top 10 Most Played. The song was soon playlisted on BBC Radio 2, and after a live performance on BBC Breakfast it went #1 in the UK. In 2012, Bostic received 5 Independent Country Music Association Awards including “Best Female Artist,” and “Best Songwriter.” 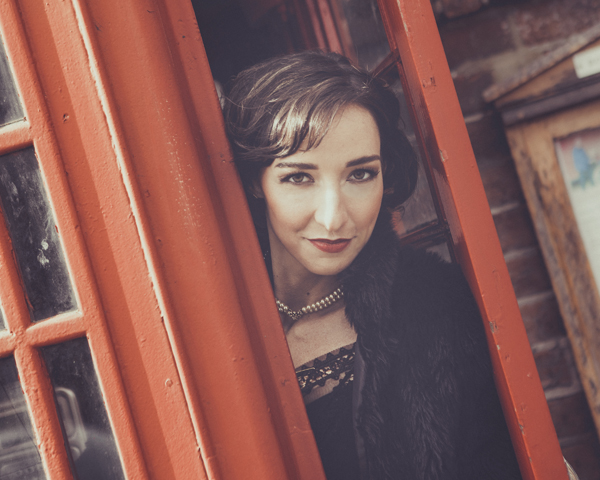 Michael Logen
Michael Logen was raised on America’s hard-luck song-canon of folk and traditional country, heartfelt and authentic music. Growing up in a Mennonite home in the beautiful, historic town of Lewisburg, Pennsylvania, he learned to play guitar, piano and harmonica during informal living-room jam sessions with friends and family. Michael’s songs have been recorded by, and often co-written with, many other artists including Kelly Clarkson, Mat Kearney, Jonny Lang, Brandon Heath, The Greencards, Paul Carrack, Will Hoge and Sister Hazel, to name but a few. His songs have also been featured on several TV shows including Nashville (ABC) and, Parenthood (NBC).

Hope in High Water … back in Norwich on Thursday 25 May at The Guildhall, for Grapevine, along with Morganway, and Ralegh Long.