Battle of the Bands 7, Heat 10 from Twisted Melon Productions, in association with KLFM and Festival Too at Downham Market Club.

It was a great pleasure to somewhat unexpectedly be able to attend this heat of Battle of the Bands, played in a good and supportive spirit by all the acts, all of whom performed well and with a sense of fun.  Hot Raisin were the only band I knew, despite By Virtue Fall being a Norwich band.  They were the first that I heard soundcheck and it was a curious thing hearing this very powerful and loud band whilst a bowling match was in progress outside – visible through the large windows … quite a juxtaposition!

First to play was Drew Girling with a solo acoustic set and he was followed by metalcore act By Virtue Fall. They played with all the power and volume I expected from their soundcheck, with the singer covering every inch of the Club as well as the stage.  They had good presence and energy …  I enjoyed them. 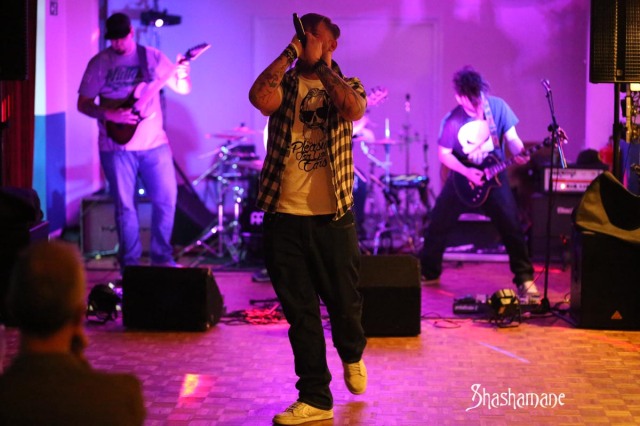 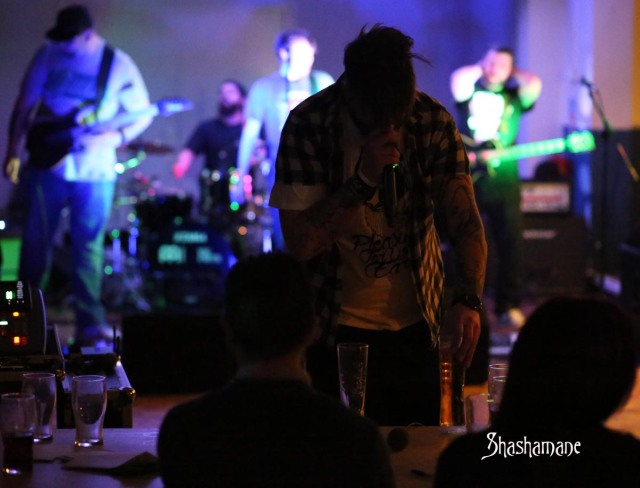 Local band Flint Moore are clearly a well-loved act and had strong support with the dancefloor area full before they even started. Flint Moore also had tremendous presence, a great image and were a lot of fun. 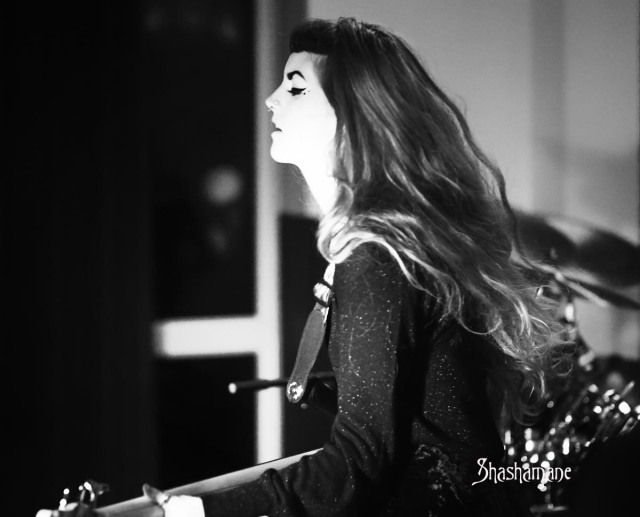 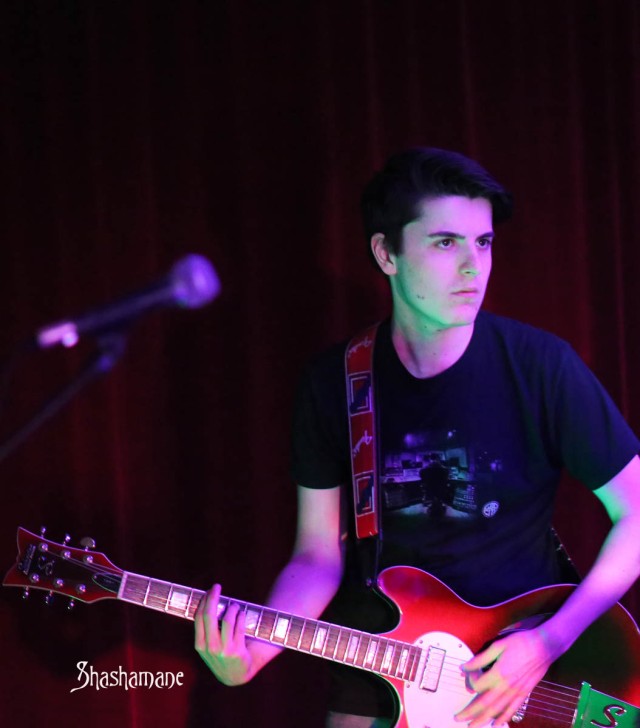 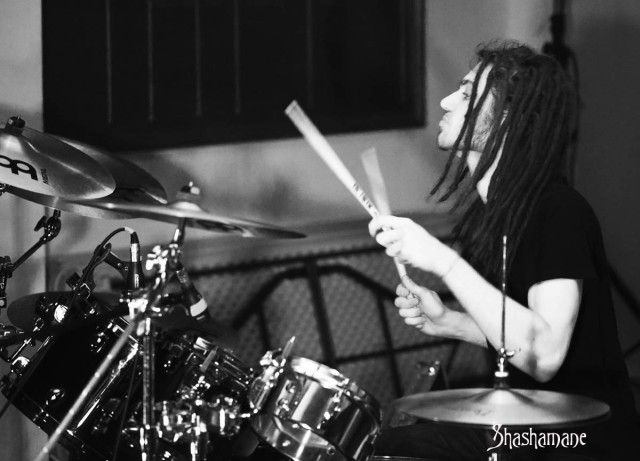 Hot Raisin were performing as the full five-piece and were in fine form with a tight and well-chosen set of originals which included Captain, Later, Embrace Me, Sloth, Little Tiger and Whiskey Ginger. They sounded and looked great, performing with a good attitude too.

The winners on the night were Flint Moore but Hot Raisin also deservedly got through on the judging panel’s “wild card”, whilst By Virtue Fall also qualified on a personal wild card. Drew Girling was not entirely left out as he was put forward for an acoustic section.

To checks the setlist during soundcheck 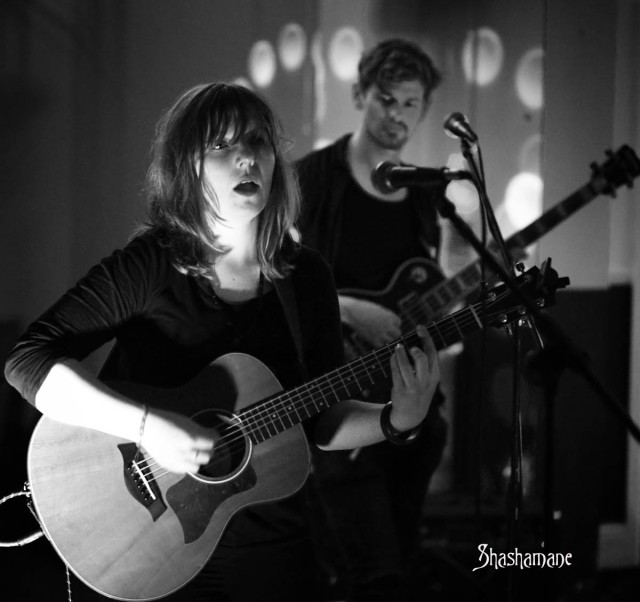 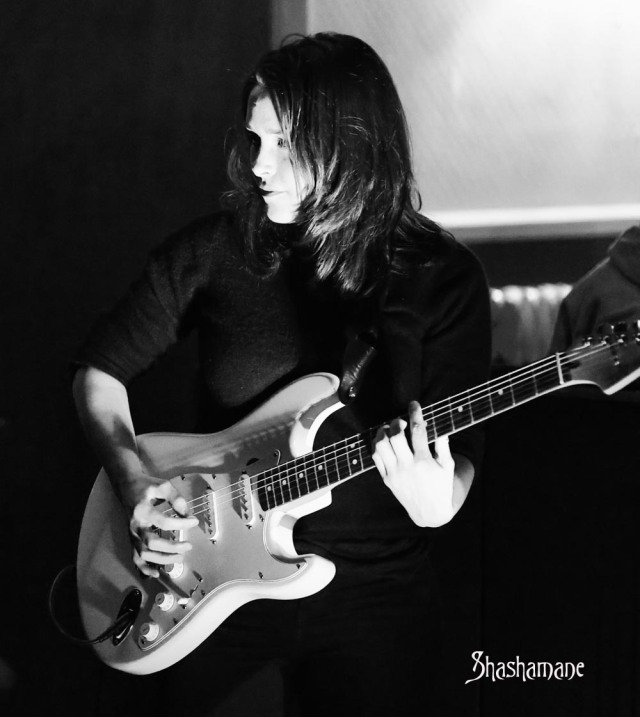 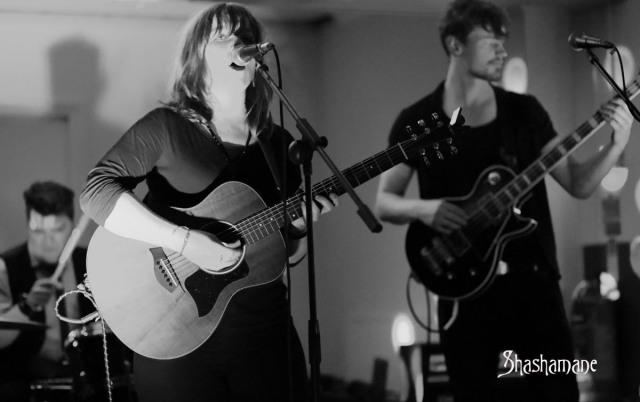 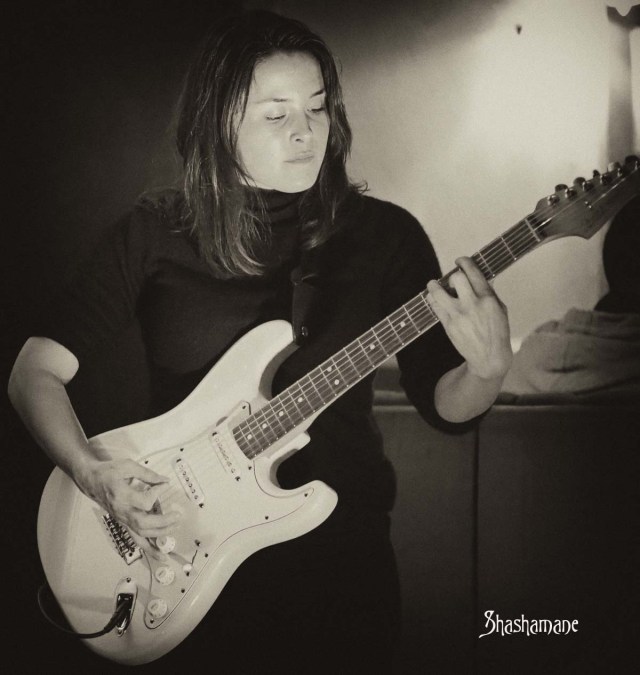 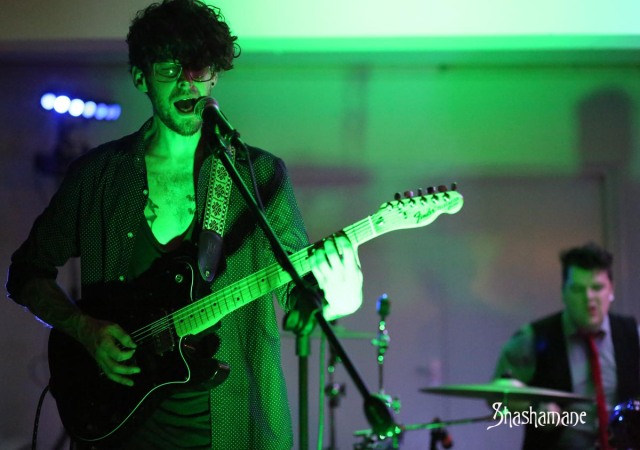 It was a fine and friendly atmosphere at Downham Market Club, I especially liked the supportive spirit between everyone and the total lack of any competitive tribalism. I also got to see three acts I did not previously know of, all of them quite different from each other. 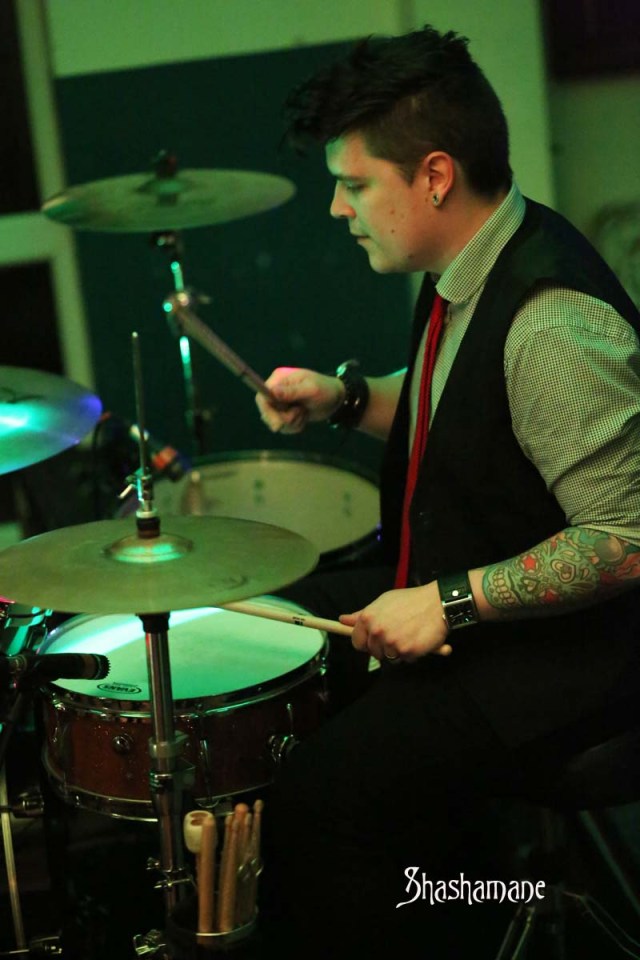 Well done to Flint Moore, Drew Girling and By Virtue Fall, and especially Hot Raisin whom were my reason for being there, with very big thanks to Mary and Tory for taking me with them.

TWISTED MELON BATTLE OF THE BANDS IN ASSOCIATION WITH KLFM 96.7 & FESTIVAL TOO.
As always its a non profit event put on purely to promote unsigned acts and get them performing packed events and ultimately radio airplay and a performance at Festival Too, one of the biggest un-ticketed free festivals in Europe. Not only that there are slots on the BBC Introducing hosted Lazy Sunday as well as a number of other great festivals across Norfolk, Cambs & Lincs

Heats consisting of 4 acts will run from January to April with each act performing a 30 minute set. The winning act progresses to the Semi finals and receives Air Play on KLFM.

The Semi Finals are split across 2 live shows as well as the regular KLFM Semi Final Show.

2 acts then progress from each semi plus the best 3rd place act to give us our 5 band final.

Finally the winners perform the main stage on the final night of this summers Festival Too supporting Busted & The Sherlocks. We also have Festival Too slot for the Runner Up supporting KT Tunstall and our solo acoustic winner performs the F2 Lazy Sunday supporting Tom Hingley & The Kar-pets.

To top that off we have an amazing prize package for the winners including Recording time, Backline equipment, Band merch, photo shoot and a professional consultation package with Stampede Press.

The following afternoon I went to see Yve Mary B (fresh from the Gorleston Ocean Rooms extravaganza with Morganway at the weekend) and Graham Horne, meeting up again with Tory, Mary and Luke who were performing with Graeme and Chase as Turf Club Racebook, with Tom also in attendance.  The first set was a solo one by an incredibly humble Graham Horne, who writes great songs, he then did another with a full band Racebook. The was a really nice and chilled out afternoon, and Yve during her set held the audience absolutely rapt with a couple of incredible acapella songs, as well as providing a requested Jolene.  Yve dedicated the set to the recently passed Harvey Lewis Trusswell, and also Destiny Brown, currently battling kidney failure in Florida.

The next month or two will see the welcome return visit of her partner Tone Brook from Alabama so look out for some of their gigs together.