A legend of Norwich, Shane O’Linski this week put on four consecutive gigs this week with Mssr. Mortimer, Duck, and a pared down Violet Kicks playing at Jurnets for Current Undercurrent, an OosWolf night at Cactus Cafe Bar, followed by Shane’s turn at curating the Music House Acoustic-ish Session at Jurnets, and the fourth was another OosWolf at Cactus on Saturday.  I caught just two of these shows and the were both superb, and totally different from each other.

On Thursday I headed into the city on my bike just as storm Doris was starting to calm down, I didn’t make it without a drenching though.  Before Cactus I popped into The Blueberry where the Black Sharks have a short residency. I’ve not been into the Blueberry in ages, not since the Andy Sacre days in fact, so it felt strange to be back but I noted the much-needed new carpet in place and the stream of familiar faces coming in for this gig. It was a good atmosphere actually.  Opening for the Black Sharks were The Dry Tortugas who were a lot of fun with humerous swampy, voodoo blues. Check out their CD “Snake Eyes”.

I didn’t want to miss Phoebe Troup though, one of my Norwich favourites who was due to play at 9:15 at Cactus so I popped back across the road just in time for a really lovely acoustic music session which turned into an “in the round” session, it was actually quite easy to imagine oneself in some remote Irish pub with all these beautiful guitars, fiddles, mandolins, whistles and accordions playing around an open fire without amplification. As well as Phoebe we also had a folk group playing Irish and French music, Dandelion performing French, Spanish and Russian gypsy songs, while Phoebe played her gorgeous and lyrically wonderful Appalachian flavoured compositions as well as a Devandra Banhart cover. All taking it in turns to play a few numbers this was a really delightful session. When this finished I headed back to The Blueberry to catch the end of the Black Sharks set but alas didn’t catch much at all. 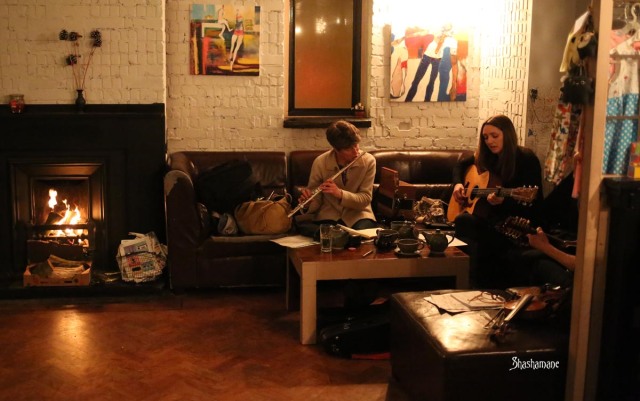 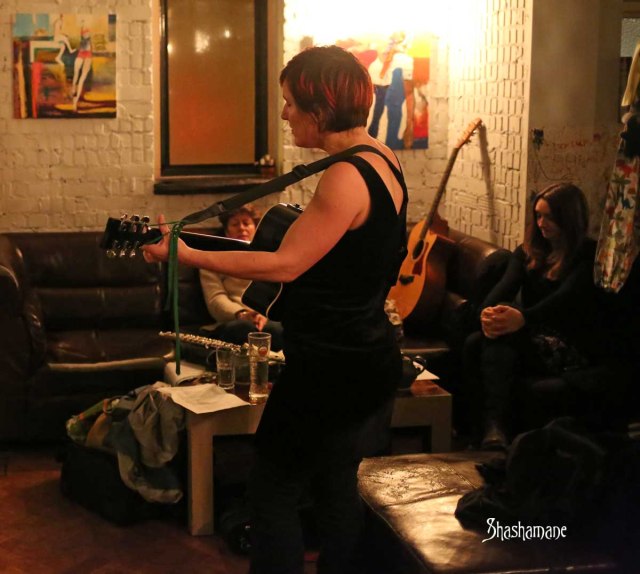 Friday is Jurnets night and this week was Shane’s turn to curate and he picked a great and varied selection with a few names who were, apparently, new to me.  First on was Dark Diversions and it transpired I knew both artists in this duo – including Dandelion who I saw the previous night – but had not seen them perform together before. Describing themselves as a “Musical duo fearlessly exploring feather-encrusted jazz, chanson and macabre ruminations of the slightly deadly kind… ” it’s hard to top that as this is exactly what they were with some brilliantly performed covers from the likes of Nick Cave (“The Curse of Milhaven”), Anna Calvi (“Strange Weather” – how apt!) and closing with a rousing “Non, Je ne regrette rien”, this was a lot of fun – punky, gothic and steampunk darkness with plenty of humour too. 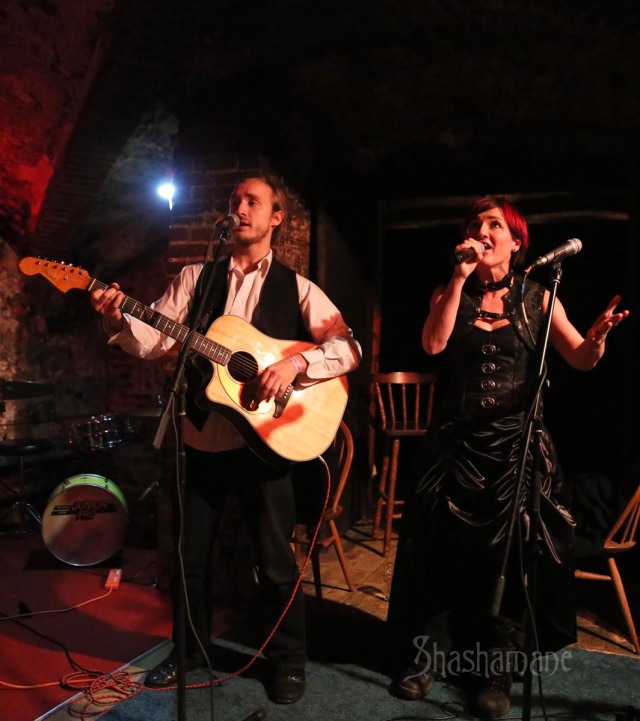 Jonathan Cocker was next up, with something of a Nick Drake about him he played a beautiful selection with some well-chosen covers, including a wonderful Ohio by Neil Young. He has a sensitive and expressive voice and lovely playing.

The Joey Herzfeld Trio followed with another fine set with a ‘dark klezmer’ flavour and biting, witty lyrics.  Joey has recently relocated to Norwich from London and we have become good friends so I’ve already seen him play a few times and have his records. The accordion, double bass and trumpet sounded great in Jurnets with Shane doing sterling work on sound and they had a really warm reaction from the large and appreciative crowd. 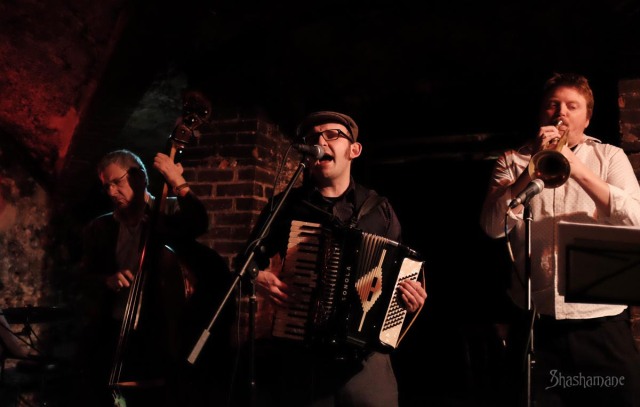 I’ve seen the howtocuredyslexiaband several times too, David always delivers his interesting songs well, it was a smart move having his and Joey’s songs side by side. David’s a compelling performer, his eyes seeming to pick out individual audience members as he sings these clever lyrics apparently directly to them.

To close was the ever entertaining Ben C Winn, and for me this was a first time hearing these songs, indeed poems, with a three-piece band that featured Iain Lowery on Junior Pro drums kit. Ben was playing guitar and this was such an enjoyable set.  A few spoken word poems punctuated the set which ended with a band version singalong of Bag in a Tree. The band format gave things a Wreckless Eric-Jilted John vibe. Fantastic stuff. 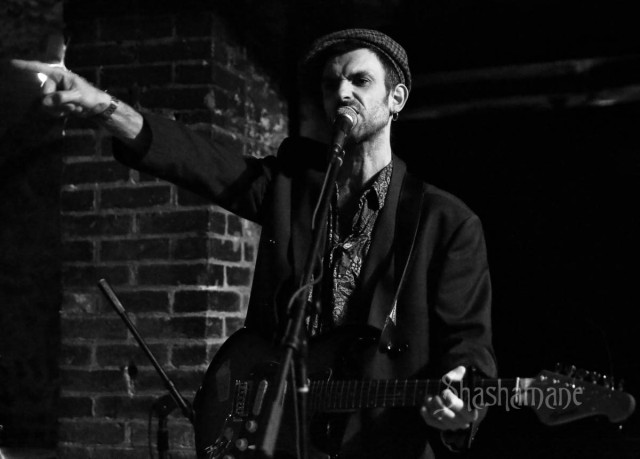