Posted on February 8, 2017 by shashamane

My first visit of the year to my favourite venue, Norwich Arts Centre, was for the visit of James McMurtry, an artist I was not altogether familiar with until my interest was piqued by the description on the event listing a few months back.  Checking out some of his excellent videos led me to delve deeper and I was mightily impressed by his most recent album, Complicated Game which features one of the most striking opening lines I’ve heard for a record … “Honey, Don’t You Be Yelling at Me When I’m Cleaning My Gun” on Copper Canteen which certainly grabs the attention early on! That album closes with the outstanding Cutter. I was hooked, his storytelling and songwriting is exceptional.  We Can’t Make it Here is another must-hear from the Childish Things album, a wonderful social commentary Dylan at his best would be proud of.

Opening the night was Alice Drinks the Kool Aid, from Chicago. They looked like they were having a lot of fun and warmed the place up well not just with their bluesy rock but also when frontman Tony Magee, the founder of Lagunitas Brewing Company, offered everyone free beers at the bar. It’s strong stuff too. Cheers Tony! 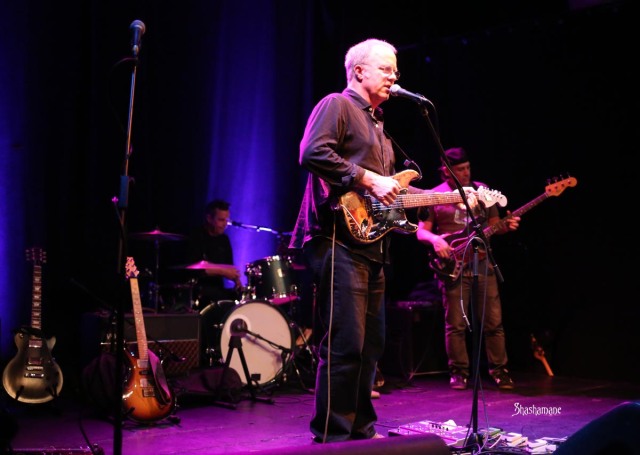 The NAC was about two thirds full with some long-term “in the know” fans and others tipped the wink, and those like me who liked the description.  How I didn’t previously know of James McMurtry is something of a mystery to me so I’m grateful to the Arts Centre for rectifying this, his songwriting is superb and tonight he is with a full band who are really tight and give a punchy country outlaw feel but he did play one or two solo as well, closing with Lights of Cheyenne.  James has a good presence between songs too, as you’d expect, “It ocurred to me that we are starting to get darn old. We’ve been telling significant others we’ve been on vacation for a loooong time”.  I pick up bits of Townes Van Zandt, Dylan, Lou Reed, Neil Young but he is uniquely and wonderfully James McMurtry and his own man. I just love listening to the stories in the songs.

At the weekend I saw another couple of gigs, possibly my favourite regular night being OosWolf at Cactus. Eclectic, unusual, underground, sometimes chaotic, always wonderful. A highlight for me being the gloriously noise duo Soyuz Rats. The night ended (very late) with a somewhat impromptu set from the world-class classical guitarist Peter T, silencing the chatter and commanding huge respect for his stunning playing. I saw him again the following evening at Platform Twelve’s Sunday Acoustic Session.

A few days before that at the weekly Fine City Blues I saw the always fantastic 4D Jones play at The Murderers.

“There was a band playing in the background. Not the kind of band that made you want to dance, but the kind that made you want to fight. The drummer had some kind of nervous tick. The bass ran out of the speakers like raw sewage. And the guitar seared across the audience like a cut throat razor field dressing a pig.
I didn’t catch the name of the band, but if I had, I’d want to forget it as soon as I did….” 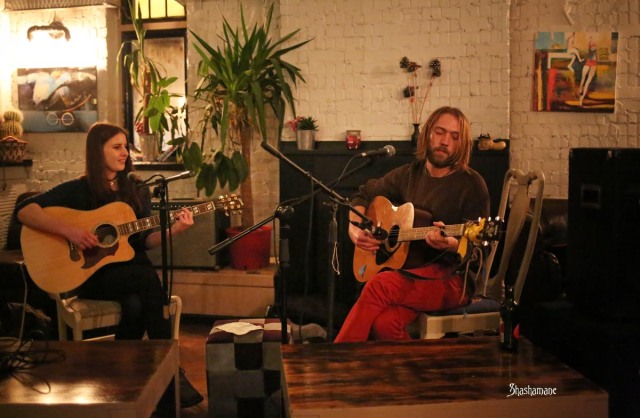