Posted on February 6, 2017 by shashamane 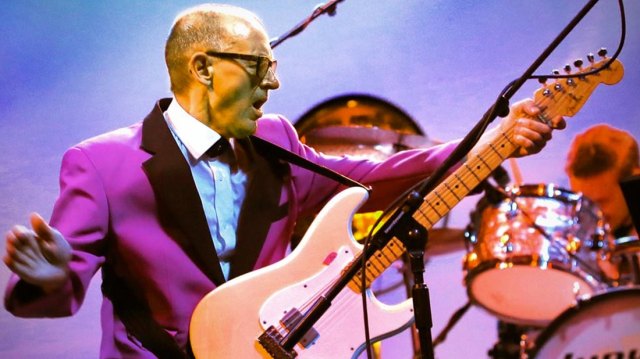 Since it started in 2013 the Dereham Blues Festival has been steadily growing year on year and is a calendar highlight for fans of the blues not only from Norfolk but from further afield too.  Last year Dr. Feelgood were one of the acts visiting and it has just been announced that this year will feature Andy Fairweather Low and the Low Riders.

Now in its fifth year, the 2017 Dereham Blues Festival’s opening event on Thursday 6th July at the Dereham Memorial Hall will feature Andy Fairweather Low and his band The Low Riders. Andy’s glittering international career spans from the late ‘60s when, as lead singer with the band Amen Corner, he had a Number 1 hit in the UK. with “(If Paradise Is) Half As Nice”, followed by a string of top ten hits, the most famous being as a solo performer with “Wide Eyed And Legless”. A top notch performer and guitarist, he has recorded or performed on stage with the very best including Eric Clapton, George Harrison, B.B.King, Roger Waters, Bill Wyman, Jimi Hendrix, Bonnie Raitt, The Who and many other rock and blues stars.

Quite simply, Andy Fairweather Low has been – and continues to be – the guitarist and vocalist of choice for a phenomenal cast list of musical luminaries.

Local blues and roots act The Dove And Boweevil Band will provide top quality support for the concert. Well known locally, they are at the top of their game being selected last year as nominees in several categories for the UK Blues Awards.

Dereham Blues Festival’s opening concert is organised by the volunteer group ‘Friends of Dereham Memorial Hall’ who do sterling work providing high class entertainment in the town at the theatre. Chairman Tim Cara says “We’re delighted to have signed Andy Fairweather Low and The Low Riders to kick start the 2017 Dereham Blues Festival with a leading British blues act. He is a class act, hugely in demand in his own right as a performer as well as having played with the very best on the world music scene. It shows that Dereham and the blues festival can attract some of the very best acts in the UK to come and play here.”

Tickets for the July 6th concert are on sale from 28th January on line at www/ticketsource/fodmh . Over the Dereham Blues Festival weekend an estimated 2000 fans are attracted to Dereham to see and hear over 40 blues acts playing in town centre bars, clubs and other venues. The quality blues acts are local from East Anglia as well as from all over the UK.

Entry is free to all of the venues who sponsor and host the bands and performers. So if the Blues is your thing, put the dates of 6th to 9th July 2017 in your diary now and make your plans to come on down to Dereham.

The new Chairman of the festival John Vasco says “I’m really looking forward to the 2017 festival as it aims to be bigger, better and bluesier than ever and it certainly will be a whole load more than just twelve bars of blues.”

The festival program is being developed now and further information and regular festival updates are available on the festival website www.derehambluesfestival.org.uk