Due to various clashes and commitments this was actually my first visit to Grapevine’s new home, the Britannia Cafe in the beautiful Guildhall right in the centre of the city.  I arrived exceptionally early so was able to see the venue in natural light and get a feel for the place. It is most impressive and being so white inside there are endless possibilities for bouncing the stage lighting to create a warm musical atmosphere. I loved the vibe of the place and all the balconies and vantage points. I chose the jury box! 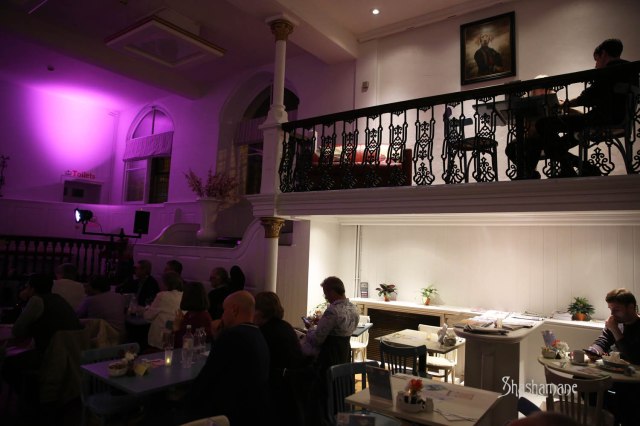 Grapevine this month had a strong line up with three acts whom I have seen several times before, Dove and Boweevil stepping in for Ida Mae who flew out to Portland at short notice to record their highly anticipated debut album for Decca. 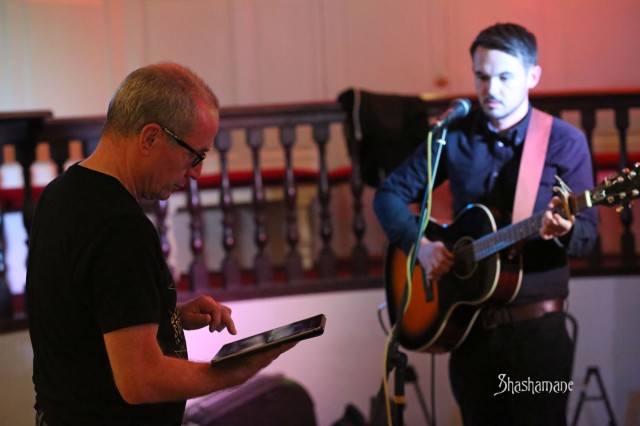 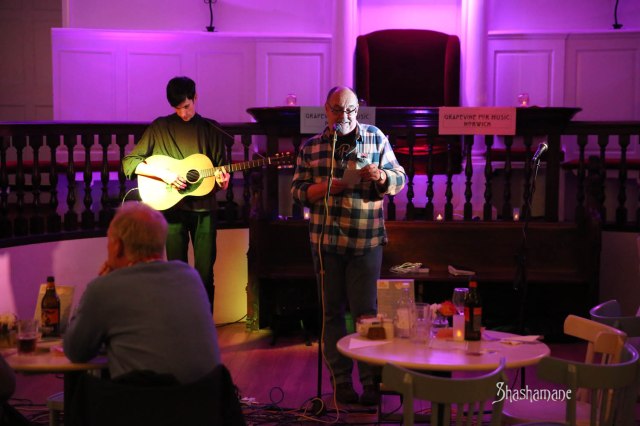 After an introduction from Steve, Dove and Boweevil opened the evening, playing as a trio with Paul on bass.  They played quite a gospel-flavoured set and indeed Lauren can be found back in the same venue on the 30th for the Soul and Gospel Brunch as part of the Fine City Blues Explosion Festival. I was fascinated with the way some of Boweevil’s guitar parts on his resonator sounded so much like gospel piano! 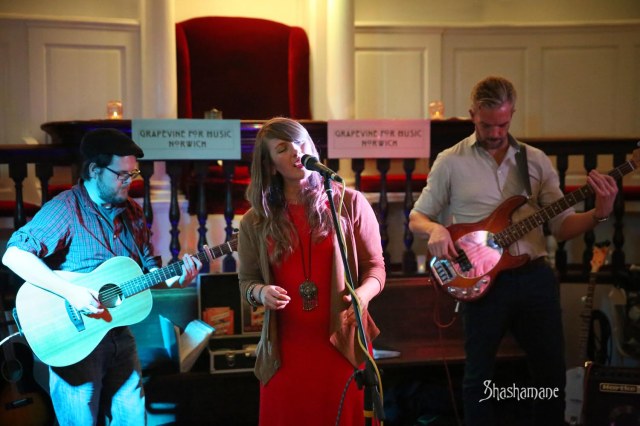 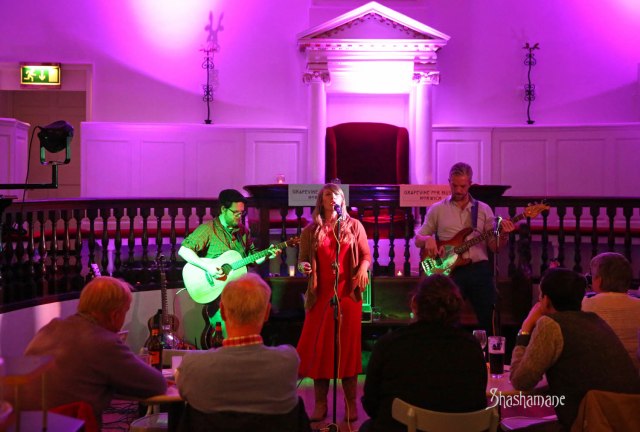 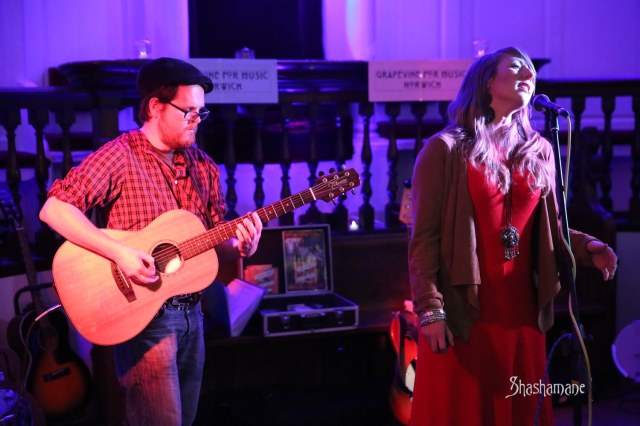 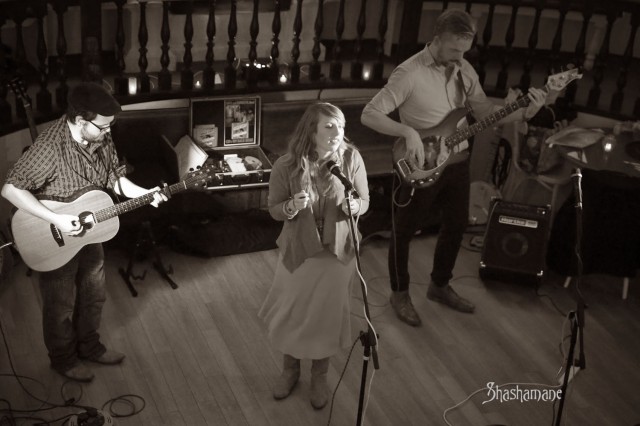 My first experience of Hope in High Water was at a free gig at the Owl in April, also alongside Robert Chaney and the unforgettable Nikki Lane.  That was a rather rowdy and boisterous gig so everyone was guaranteed a more quiet and attentive audience for this one, a quality very much associated with Grapevine nights.  I’ve since seen Hope in High Water at Red Rooster but sadly missed their recent Guildhall appearance so I was delighted to see them return quickly and catch them again. Josh and Carly have a great dynamic and chemistry and their totally different voices complement each other brilliantly.  Their set of dark, gospel flavoured Americana has a unique and original feel and Carly’s voice is exceptional as can be evidenced on this video of I Know I’ve Been Changed from the night.

I really love this duo and hope they make the trip from Milton Keynes back to Norwich again before too long. Truly lovely people too. 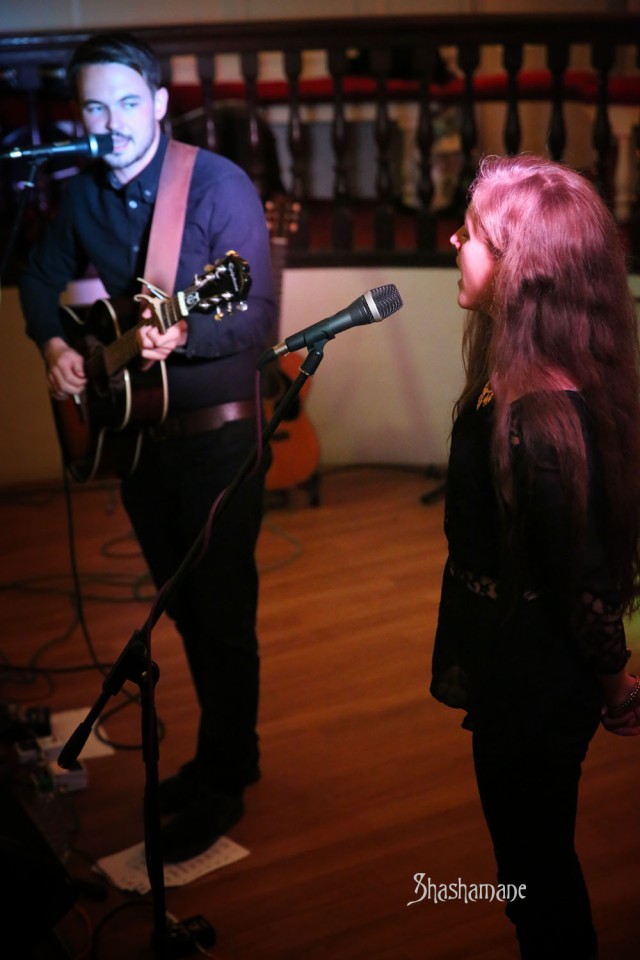 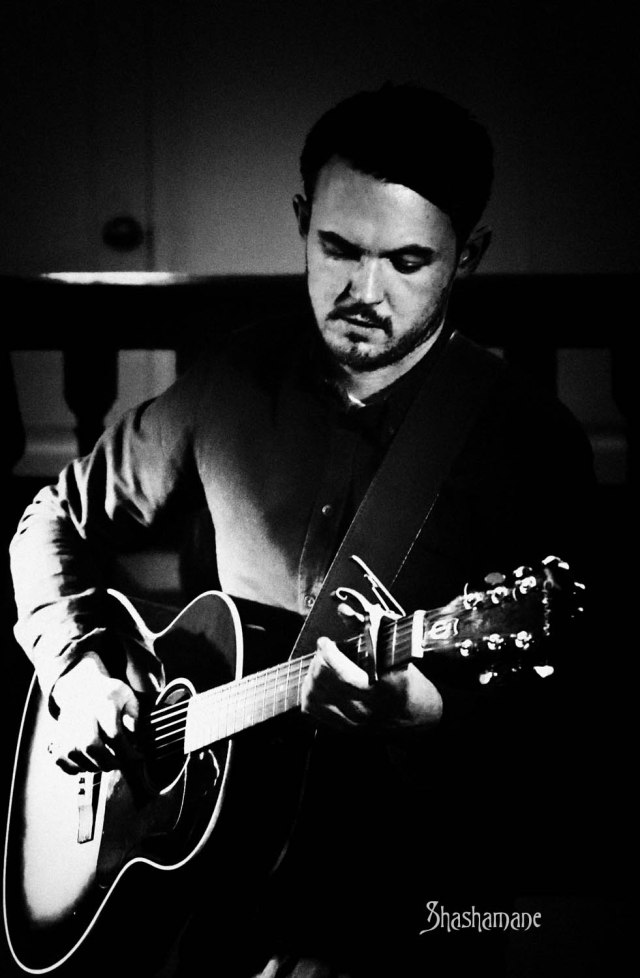 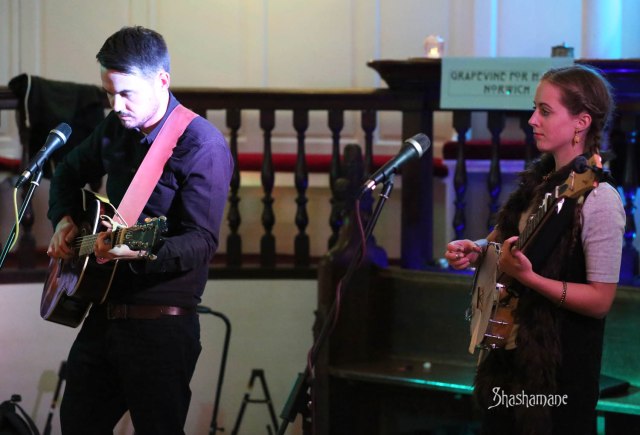 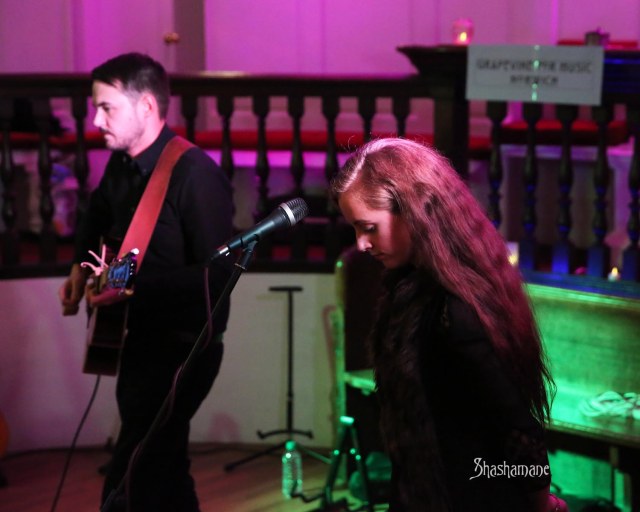 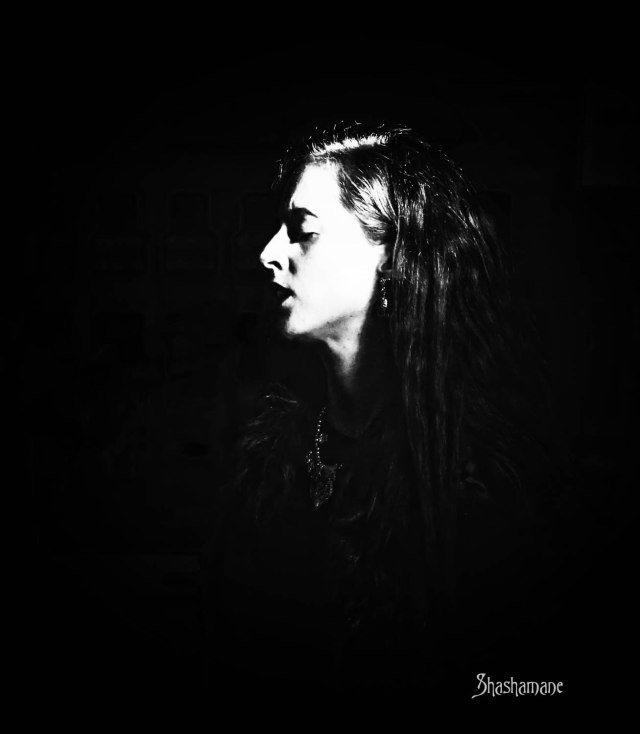 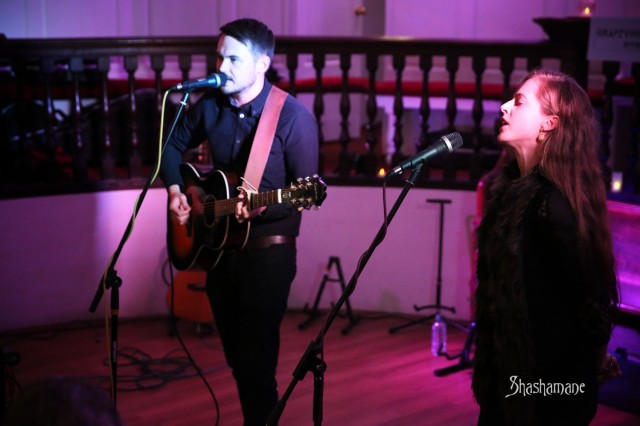 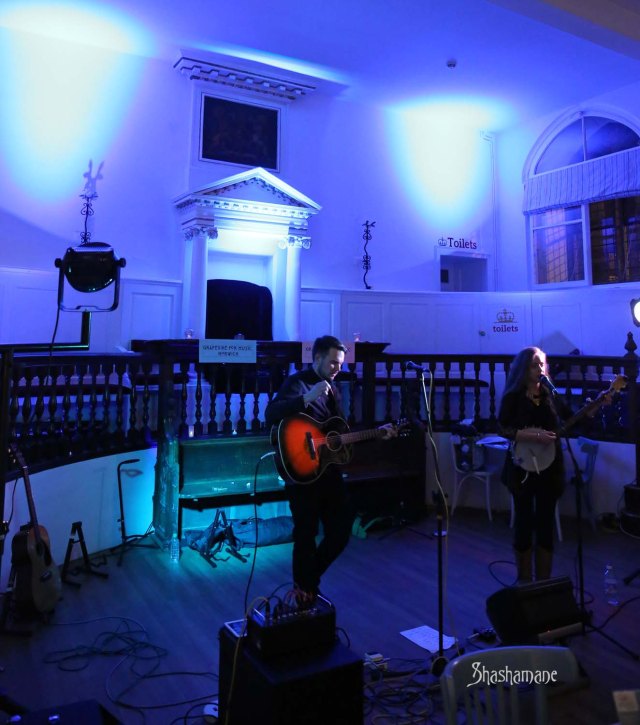 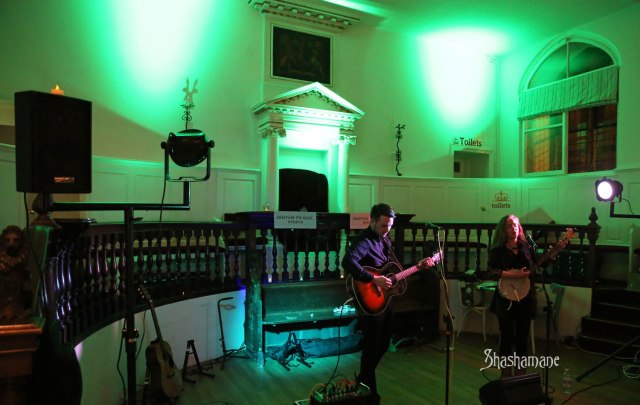 It turns out that since I last saw Robert Chaney that he and Laura Tenschert had literally eloped to Nashville to get married.  They too have a great chemistry, Laura joining Robert on stage for two or three songs, and a darkness to the songs which are all about the stories, in the tradition of Townes Van Zandt, Bob Dylan and even Nick Cave.  The Cyclist and Patch it Up still send shivers whenever  they are heard. You could have heard a feather fall such was the rapt attention. It is dark and intense, thoroughly gripping but there are plenty of light moments too, especially on the duet with Laura, Broken Beyond Repair. 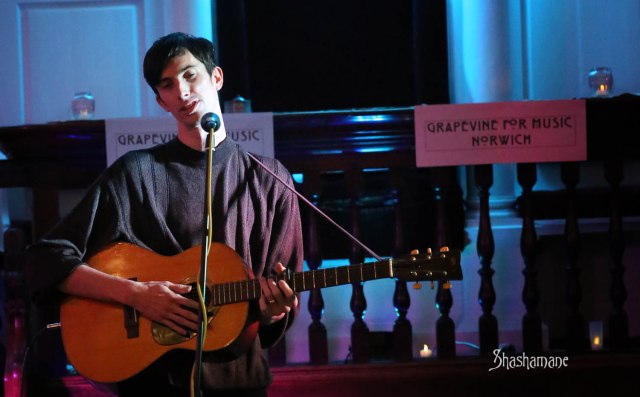 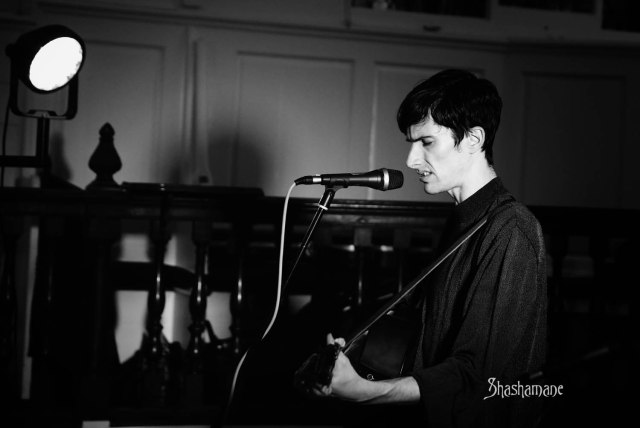 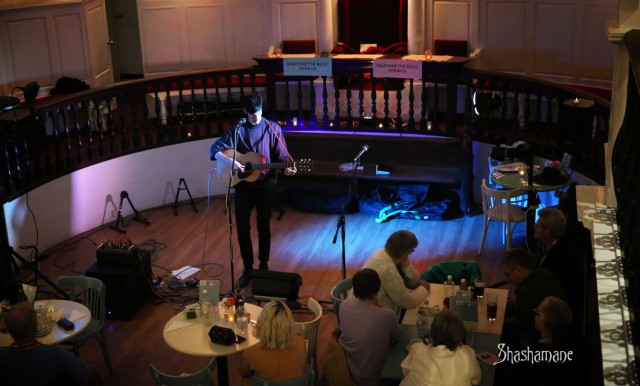 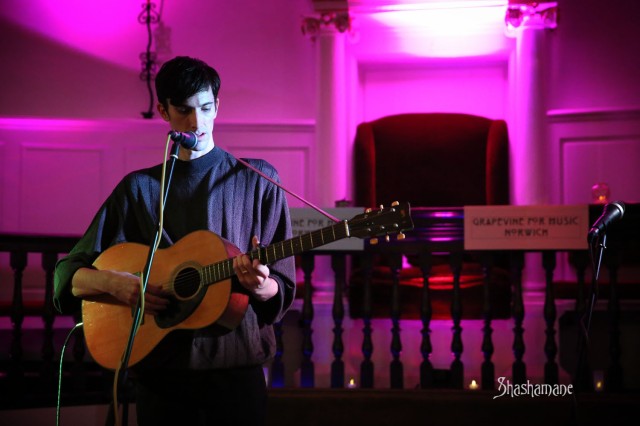 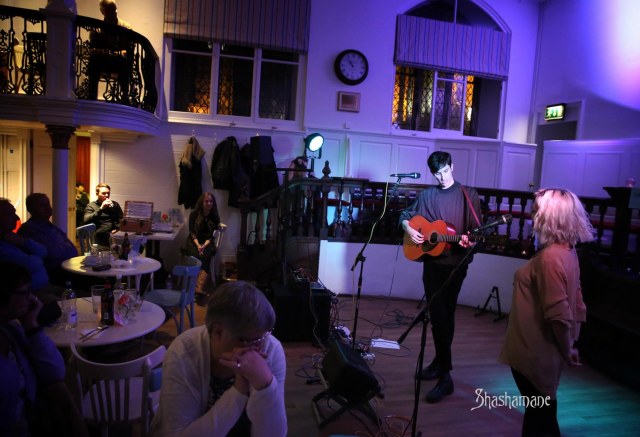 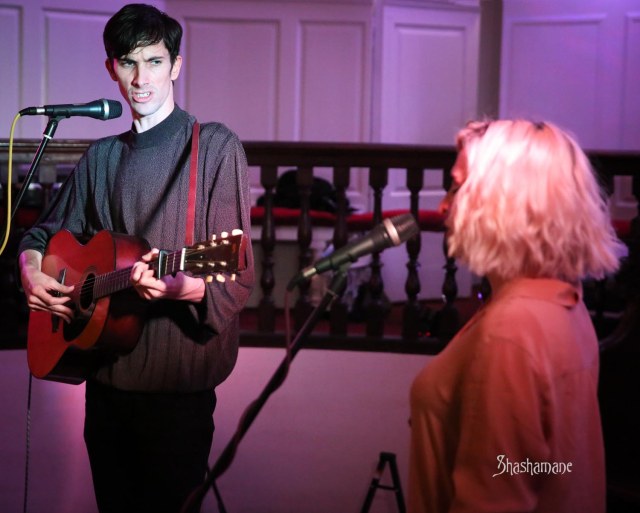 As always it was a great Grapevine experience and the venue works well. It’s easy to move about and socialise between acts and it was lovely to see a number of friends there including a couple of Electric Raisins, who I was very pleased to see over the weekend too after a week or so without gigs due to my getting over that rotten cold everyone seems to have had. Hot Raisin and Hello Bear were playing at The Fat Cat Brewery Tap which is where I saw them after catching a beautiful performance by Harmonium at The Old Shoe Factory on the day of the Magdalen Celebrations. I was also able to see The Georgia Shackleton Trio and The Rum Dogs on the underpass stage. Now supplied by Epic it is much bigger and punchier than in previous years.  The evening ended at Cactus Cafe Bar for a typically eclectic mix of music for Shane’s OosWolf. 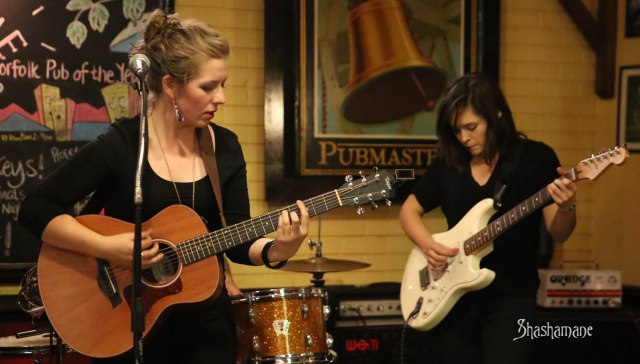 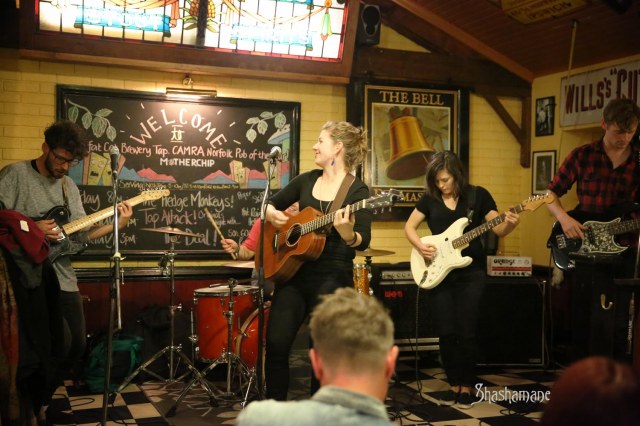 Big thanks to Jan and Steve at Grapevine, Robert Chaney, Laura Tenschert, Hope in High Water, Dove and Boweevil, Dickie on sound, and Cafe Britannia. The next one is on 9 November and features Kevin Pearce, Kirsty Merryn, and Ben C. Winn. 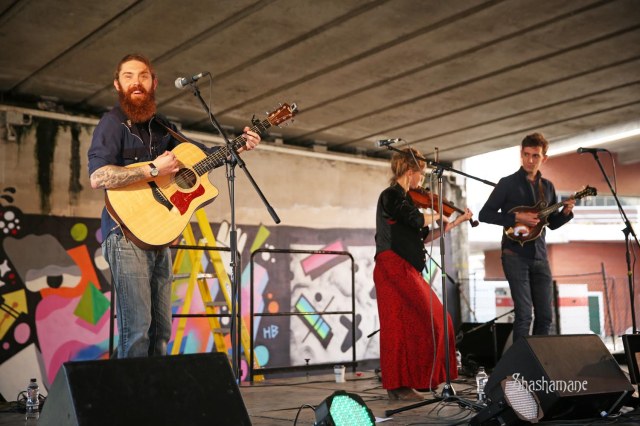 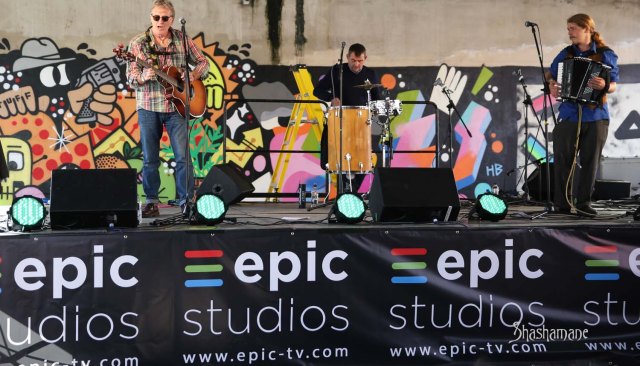 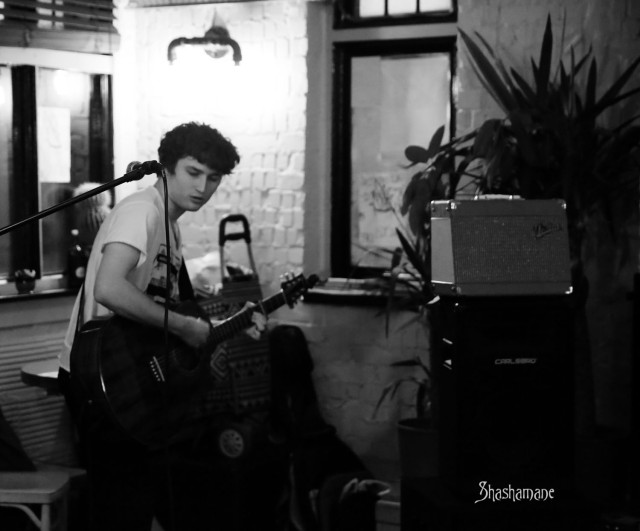 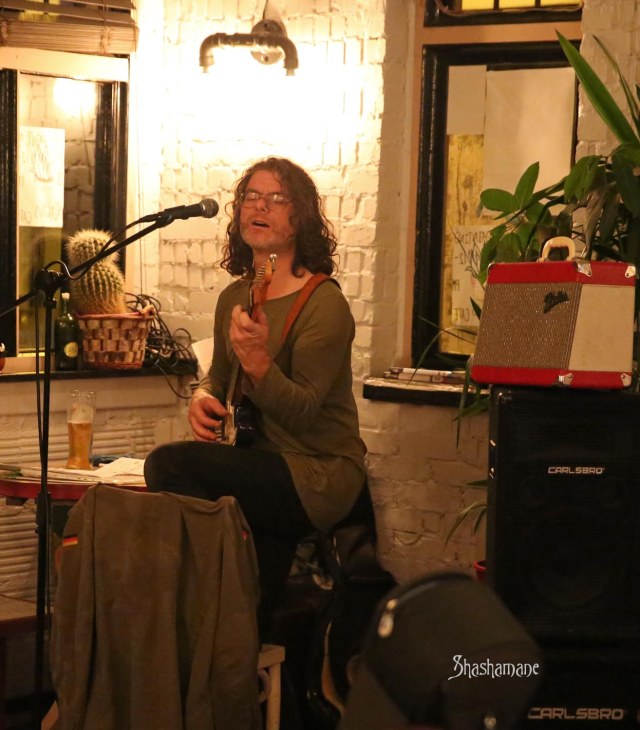 I saw a good piece of graffiti on the way home too! 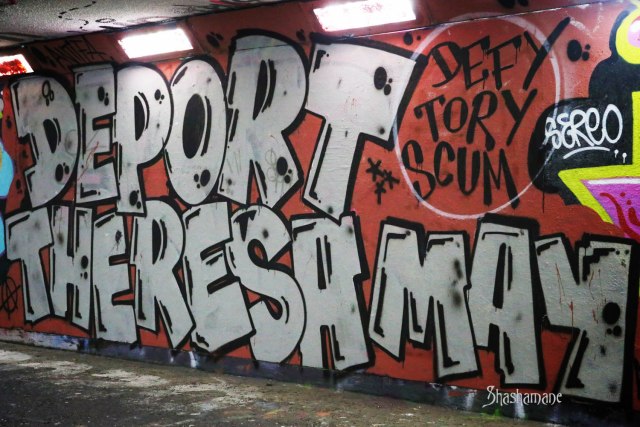