It’s not often we get one of the Marley family playing in Norwich and the visit of Julian “JuJu” Marley just about filled Norwich Arts Centre.

Opening the night at around 8:45pm was Iba Mahr who bounded onstage with great energy and enthusiasm and really got the audience warmed up, he had the whole place moving and jumping although his set didn’t entirely hold my attention for the full 30 minutes I was clearly in the minority as the crowd were having a mighty fine time.

The changeover was quick and the same band played some excellent reggae covers before being joined by Julian Marley.  They are tight and the bass, as you would expect, is shakingly deep. They were now accompanied by two female singers dressed in what appeared to be matching Versace sportswear and whose harmonies gave a Wailers’ I-Threes feel to the overall sound. JuJu himself came onstage to wild cheering. Tall and with amazing dreads he had the crowd in the palm of his hand from the off.  It was an odd mix of an audience though with hardly any faces I recognised from the regular Norwich reggae gig-going circuit and at least a quarter of them wearing Bob Marley t-shirts. Bob indeed was never far from our thoughts for this set.  Julian and his band were good, he obviously cares a lot about people and his audience and is keen to connect, smiling throughout and treating us to a few Bob covers but probably because of the previous night’s incredible Besnard Lakes gig this was not entirely where my head was at – I was still reliving the Besnard Lakes – and as a result I felt somewhat detached from the audience and the overall vibe as I just did not seem to be getting as much out of the gig as others were but it must be said, the rest of the audience were noisy, involved and having a fantastic time with no problem at all lively-ing up themselves. As for Julian, he came across well, spreading his father’s message and being an accomplished musician in his own right, his desire for unity, love and his Rasta faith was all obvious. I was hoping for an experience a little more communally spiritual though, where more attention could be paid to the words and the message but wherever I stood I seemed to be forever next to someone who had over-indulged which is not what reggae and rasta is about at all and of course no fault of the band. However, there was also a lot of deserved love and respect for this man and his father and as there was no merch stall for this gig either, it was clearly all about spreading the message, sharing the music and the love, JuJu seems to connect easily with people and Bob would be extremely proud of him. I appreciated his set and talent but didn’t feel the total oneness with the rest of the audience that I was hoping for and I wish I could have felt the same euphoria and togetherness as the rest of them appeared to. Therefore I came away feeling that the gig itself was good but on a personal level somewhat disappointing, that of course was in large part due to not yet having come down from the previous night’s incredible gig. 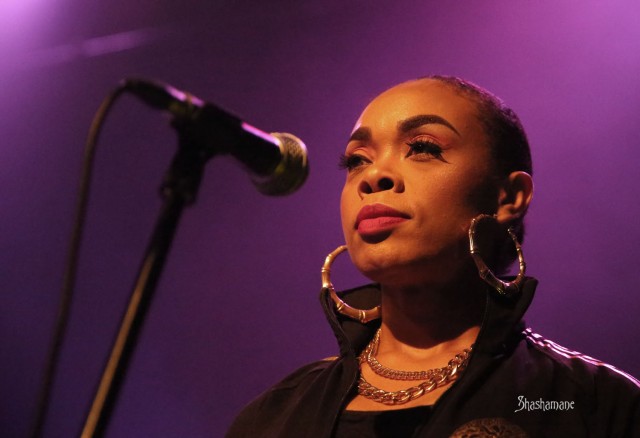