Since first seeing Marty O’Reilly and the Old Soul Orchestra with the Rainbow Girls a few years back I have gone on to see them at least half a dozen times and their live performances have never failed to blow me away … especially last year’s brilliant gig at Norwich Arts Centre. Unbelievably, they somehow managed to top that this time with a sublime gig full of passion, intensity, musical heart and soul and of course stunning songs and musicianship. 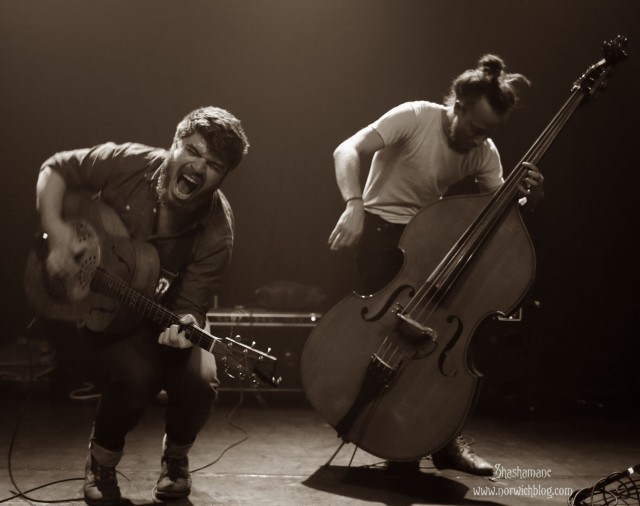 It was local boys The Henry Brothers who opened the night, a duo well known to the OSO through their appearances together at Maverick, and others through gigs with The Vagaband, Bo Nanafana etc.  Their dark set of murder ballads and death laments was delivered in such an upbeat way with wonderful introductions and conversation between songs that one could not help smiling throughout, of course the songs are all great classics from the likes of The Louvin Brothers to The Boomtown Rats, given the Henry Brothers treatment, again with super musicianship.

I enjoyed having a catch-up with Marty and the boys before their set and they introduced me to new bassist Ben who has fitted in seamlessly.  Fresh from the continent they were chuffed to be playing Norwich on the first date of their 2016 UK tour. Much like their fellow Californians the Rainbow Girls, Marty and the boys have forged a special bond with Norwich, Marty alluded to this several times onstage, notably in the introduction to their unique spin on Smokestack Lighting “The moment on our first visit when we made eyes at each other”, and I think he’s right in this, that was a ‘moment’ when the mutual appreciation and love between band and city was sealed.

A decent sized crowd in the NAC punched above its weight in the noise and appreciation stakes because of this bond and the band being so bloody good. They are tight, intense and each of the four members utterly mesmeric in their own right.  What really comes across is the way they feel every note and every word of every song, it shows in the movement and the facial expression and that transmits powerfully … now add to that these amazing songs. They seem to tap into something, a soul memory leaving the listener really feeling something powerful.

This band have moved onto another level, they have no new record to promote but they do have new material, a lot of which they played here and it was some of the strongest of the night. I can’t wait for these to get recorded so that I can hear them again. 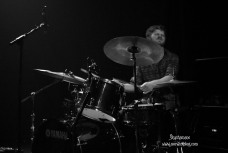 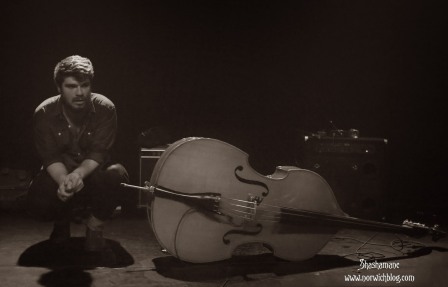 At one stage between songs my friend Julia asked “How can there be so much talent on one stage?! How is that possible?”, I could only reply “It’s magic!”  The magic continued for over an hour and a half, at the end of which and to thunderous applause Marty said: “Last year we took this into the bar at the end, what shall we do this time?”, the response was unanimously for the bar for the encore we all hoped might happen again after last year’s memorable shenanigans.  Somehow this too was pure magic, thirty minutes of acoustic, unplugged fun in the bar with the likes of St James’ Infirmary going down a storm. They didn’t repeat the numbers from last year’s encore until right at the end where Marty wanted us to again join for some call and response in Up Above My Head, the crowd were thrilled at the chance to do this again. It was amazing.

I can’t praise this band highly enough, the development in a year is astonishing, the new songs sound fantastic, the older ones still sound fresh with some re-workings and even the few covers (Smokestack, Folsom Prison Blues et al.) which had a unique twist in the first place have been given a new arrangement. Their own songs are incredible beasts though with nods to Blind Willie Johnson, stories aplenty, a feeling of Irishness, wooden sailing ships and emigration … if books made music !  Some of the songs go well over 8 minutes giving them an epic storytelling feel, these songs live and breathe.

In a just world this band would be known everywhere, I’ve seen some amazing gigs this year and this one is right up there with the best of them. If they visit near you go see them. 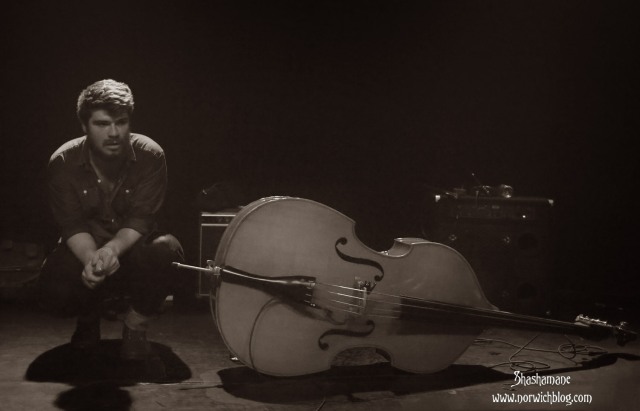 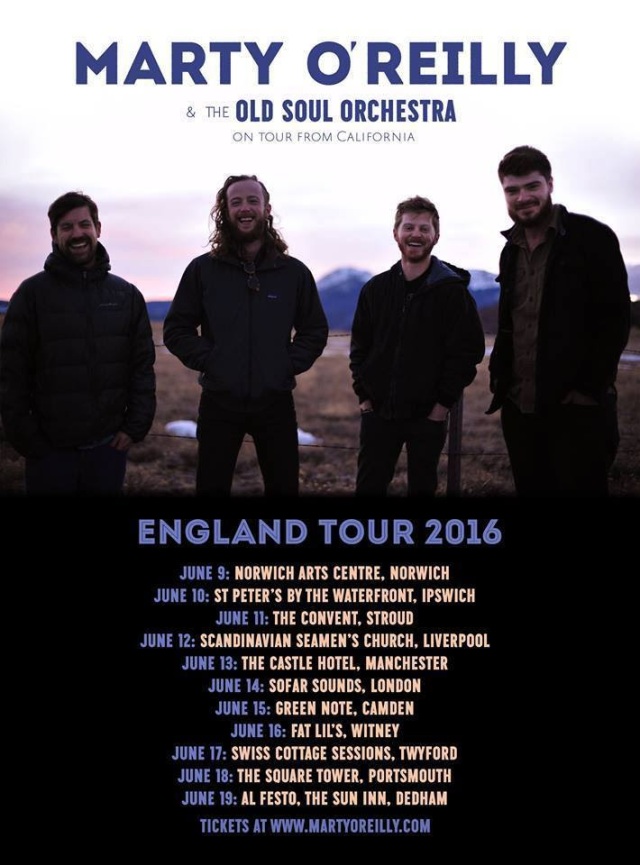 Many thanks to Marty O’Reilly and the Old Soul Orchestra, The Henry Brothers, James Partridge, Blue House Music, and Norwich Arts Centre for something truly special.