These Grapevine specials in The Crypt are just that, special, intimate and beautiful music nights in a lovely venue. Danni’s visit here last year was particularly memorable with the audience joining her and singing along … the same thing happened this time too.

Support this time was from the delightful, charming and hugely talented Hot Raisin, a duo I have already seen countless times since first coming across them last autumn and who never fail to entertain with their lovely songs.  Mary looking so relaxed as she plays some quite extraordinary guitar, brilliantly but somehow making it all look so effortless, whilst Tory (in her dad’s t-shirt, which was older than she is) also plays guitar and sings … and now rather famously, does the talking between songs. Vanilla is a song which will never be the same as audience and band descended into fits of laughter during the introduction but they somehow got through the song, one of my favourites actually, an early composition recently reintroduced to their live set.  We also had favourites like Sloth, Little Tiger, Like a Bear, Wolf in Me Skin, and finally, Captain. Their songs are melodic and catchy, flawlessly played and Tory’s voice is sweet and clear making it easy to follow every word of the lyrics. Hot Raisin are a wonderful duo, they just have “it” but they are also so naturally charming and engaging one cannot help but love them as people too, there’s a naturalness about what they do which is genuine and warm … they have the songs too. 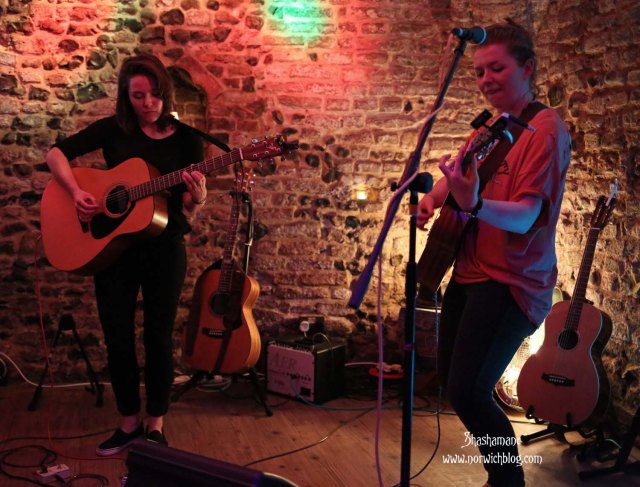 Danni is a regular visitor to Norwich and she too never fails to entertain and play a winning set. I was pleased that, as last time, she was once again joined by the excellent Max Milligan and they played the longest set I have yet heard from them, it must have been close to an hour and a half as we were treated to a selection of old and new from debut album A Little Redemption, and recently released follow up Mockingbird Lane, both of which I have owned for some time and love. Danni too has that certain something. Despite claiming to feel a little nervous before the whiskey kicked in she appeared to play with a relaxed and easy, quiet confidence channeling the spirit of the country greats that she adores into the package that is Danni Nicholls with her wonderful voice, storytelling songs and that winning smile. As usual, the audience absolutely adored her, new fans and long-term admirers alike were thrilled by the extended set we were treated to.  The venue wasn’t as full as it deserved to be but the atmosphere was positive and loudly appreciative after every song, all perfectly played by both Max and Danni. 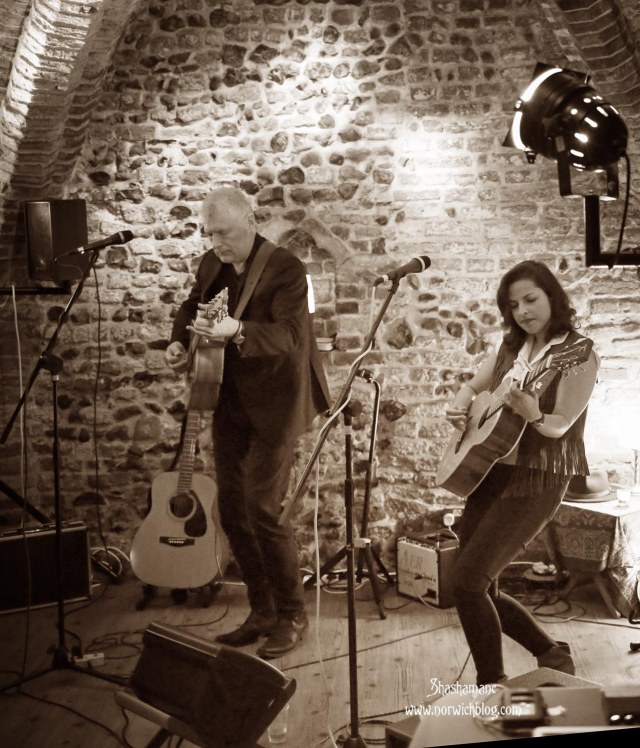 Many thanks to Danni and Max, Mary and Tory, Steve and Jan, Dickie and Bedfords. This was an inspired pairing and there was an obvious mutual appreciation between Hot Raisin and Danni Nicholls. Would be lovely to see them share the billing again one day.

Afterwards I was able to catch the end of some late night Fine City Blues with Dana Gillespie backed by the Dave Thomas Band.