After the previous night’s superb gig with Itchy Teeth I was back once again at The Birdcage for Bare Feet Records’ Fresh Blood night, primarily to see the return of another of my London favourites, Grifter Kid and the Midnight Raiders.

Max Keegan had just started as I arrived and I was quickly drawn into his world with all its familiar musical reference points. I recognised many of the covers and by the time he played one of my favourites, Townes Van Zandt’s Waitin’ Around to Die, I was hooked. Townes must be one of the most covered artists in Norwich, something that pleases me a lot, but not many do this particular song and so I was most pleased to hear it performed live.  The fact the Birdcage’s neon heart sign occasionally reflected off his guitar only added to the beautifully haunting melancholia of the selected songs, Max seemed to be literally wearing his heart on his sleeve. Closing the set with a cover of Corrina Corrina to warm applause this was a most promising start to the evening’s music. Fans of Townes and Robert Chaney will dig this.

As luck would have it this was the third time in the space of a couple of weeks I was at a gig with Maya Law on the bill. She’s yet another huge talent. Some of her influences are obvious and her own style is probably still evolving but what a voice.  There may be some nervous giggles but I gather, from her lyrics at least, that she is just 16 and when she sings there must be some confidence to do that. A magnificent, strong voice and some cool lyrics too. She played a couple of Amy Winehouse songs, Stronger Than Me, and an amazing You Know I’m No Good which brought the house down. Talented, modest and highly endearing, she has something very special. 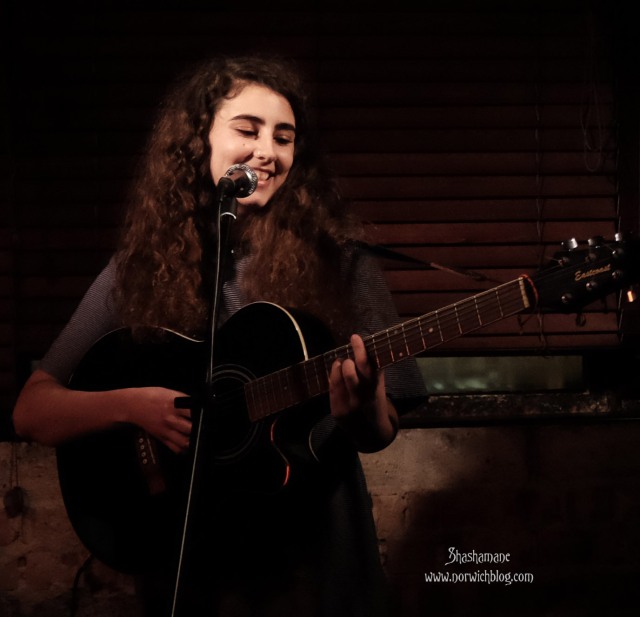 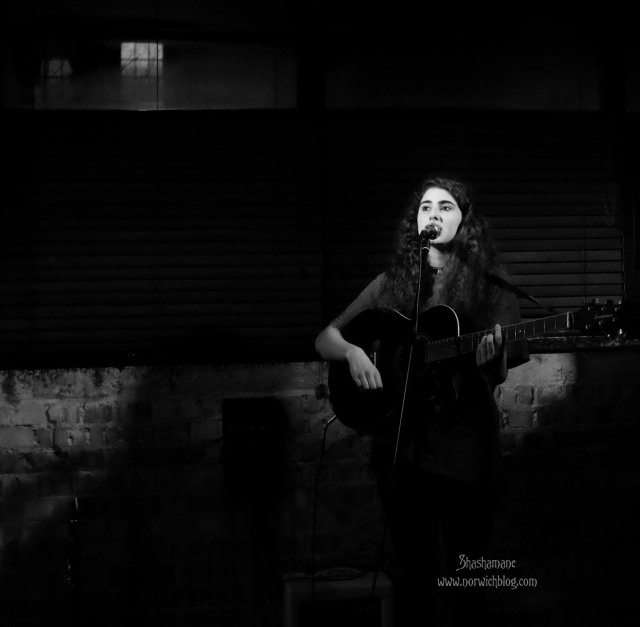 Siblings Falling From Trees hit a technical difficulty with a snapped string early in their set but Max Keegan came to the rescue, fetching his guitar for Leo to continue with.  There’s no doubting Rebecca has a sensational voice but sometimes I find myself wishing she would use it in a different way, she’s got a huge, earthy voice and personally I’d like to hear it in a purer form which to be fair does happen on a couple of numbers, their penultimate of the set being the standout track for me with its intricate guitar playing too.

Last act of the evening was of course Grifter Kid and the Midnight Raiders, a band I’ve seen many times over the past two or three years and with admirable persistence have travelled to Norwich repeatedly for gigs in pubs which just don’t suit them, and in some cases places that didn’t deserve them. The Plasterers, Jurnets and a private gig being honorable exceptions. They’re a band who need the right sound and absolutely the right audience … finally everything fell into place this time with the rare luxury of enough mics, monitor and a sound engineer – the excellent Robbie who gave them the time and the sympathetic musical ear and once again nailed the sound for them perfectly, which was a great reward for me too being able to hear the subtlety and all the voices as well as the guitar, the sumptuous bass, sax, clarinet and piano. 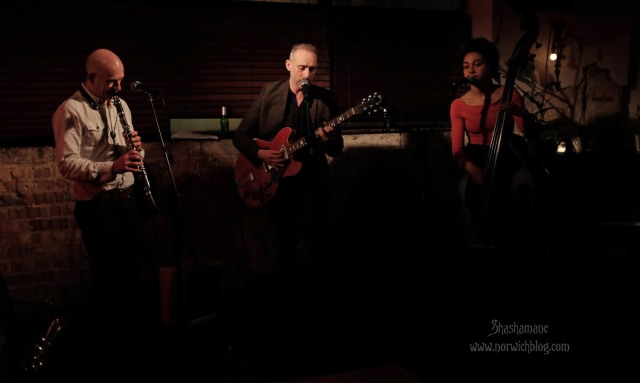 It’s by far and away the best I’ve been able to hear them in Norwich and they looked like they were enjoying themselves, the audience certainly were. A lot of new songs were showcased ahead of a few days booked into the studio for some new recordings with a second album on the horizon.

Many thanks to Robbie for being so attentive and good on sound duties, for all the acts, and for getting things so right for people to see what this band is all about. This is much more the sort of gig they should be playing in Norwich. 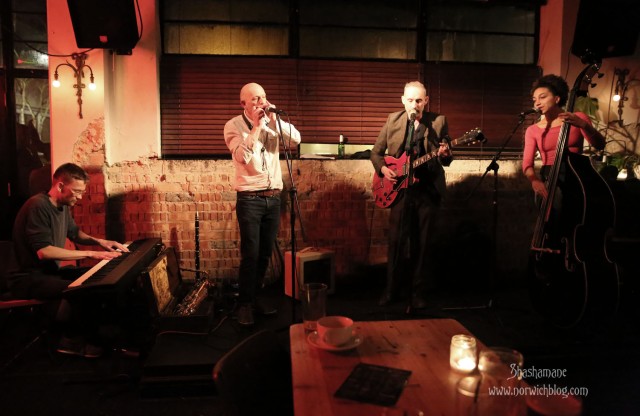 There was also a gig happening at Cactus Cafe Bar so after The Birdcage I dashed over there and was delighted to be able to catch a few numbers towards the end of a set by Hot Raisin, in playful and happy mood, I was very pleased to catch them. 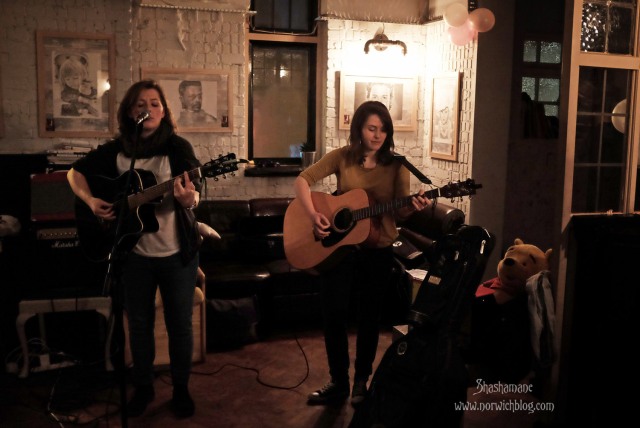