Tuesday saw the private view at The Sir Garnet to launch the permanent exhibition of George Plunkett’s invaluable photographs. The extensive archive covers the period 1931-2006 where George documented the city, riding around on his bicycle with his camera to record the everyday, the ordinary and the extraordinary, including the damage suffered during the Baedeker Raids of 1942. The exhibition is open from Wednesday 24 February 2016. 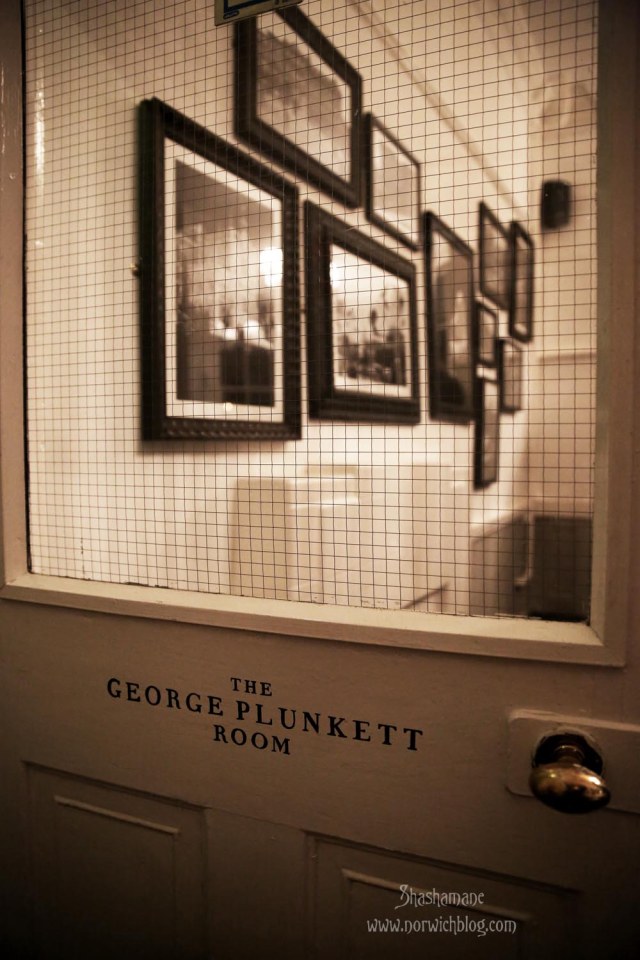 I have always found the photographs of George Plunkett’s Norwich fascinating and also inspiring. Some of the scenes may have seemed quite ordinary or mundane at the time but of course things are constantly changing and a vast number of the buildings are no longer there. There is always something to be photographed. His son Jonathan was telling me that his father was not at all keen on having people or cars in the frame though these are some of my favourite photographs, pinning them to a certain period in time, which in all probability was why he did not like these intrusions to the photographs.  A lot of them, especially the night photographs, have a cinematic quality to them, whilst others show familiar buildings looking almost unrecognisable. The Morning Star (now The Birdcage) being one of my favourite examples of this.

Others show streets and buildings that are surprisingly unchanged and where these include classic old cars they have the context of the time. 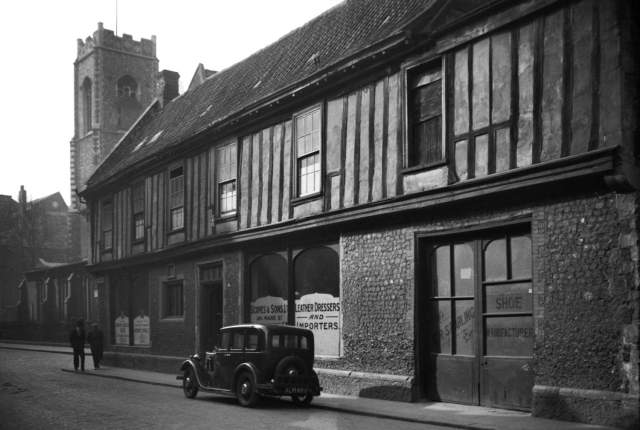 It really is a fascinating collection, a small sample of which now has a showcase and home in The George Plunkett Room upstairs at The Sir Garnet overlooking Norwich Market.  An extraordinary amount of work has gone into the archive and it is meticulously catalogued, George and Jonathan working together on it for ten years and Jonathan still maintains the online archive which can be seen at: http://www.georgeplunkett.co.uk/

Jonathan, who now lives in London, travelled back to Norwich for the opening night and brought along George’s trusty camera. It was very interesting to see this and to talk with him.

Jonathan Plunkett, holding his father’s Ensign Carbine No7 camera which is also seen in the George Plunkett mirror self-portrait which form part of the exhibition.

Lacons have also produced a Plunkett Ale for the occasion. Do go along for a drink and look around this beautiful and interesting collection in the lovely Sir Garnet. 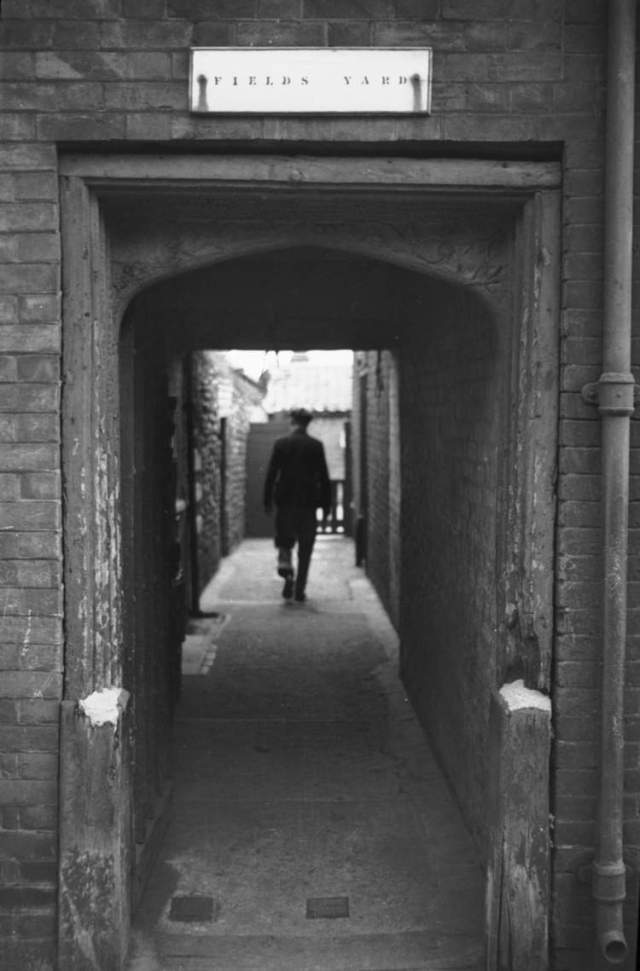 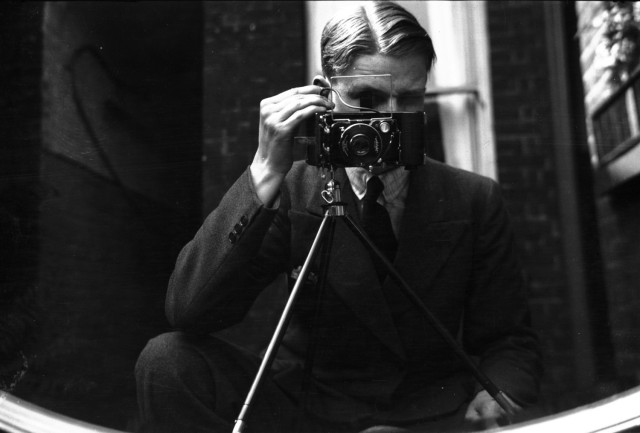 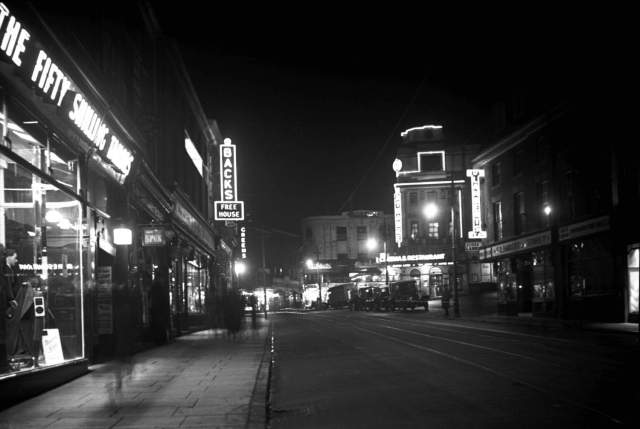 All photographs from the archive used here are with kind permission from Jonathan Plunkett.  www.georgeplunkett.co.uk 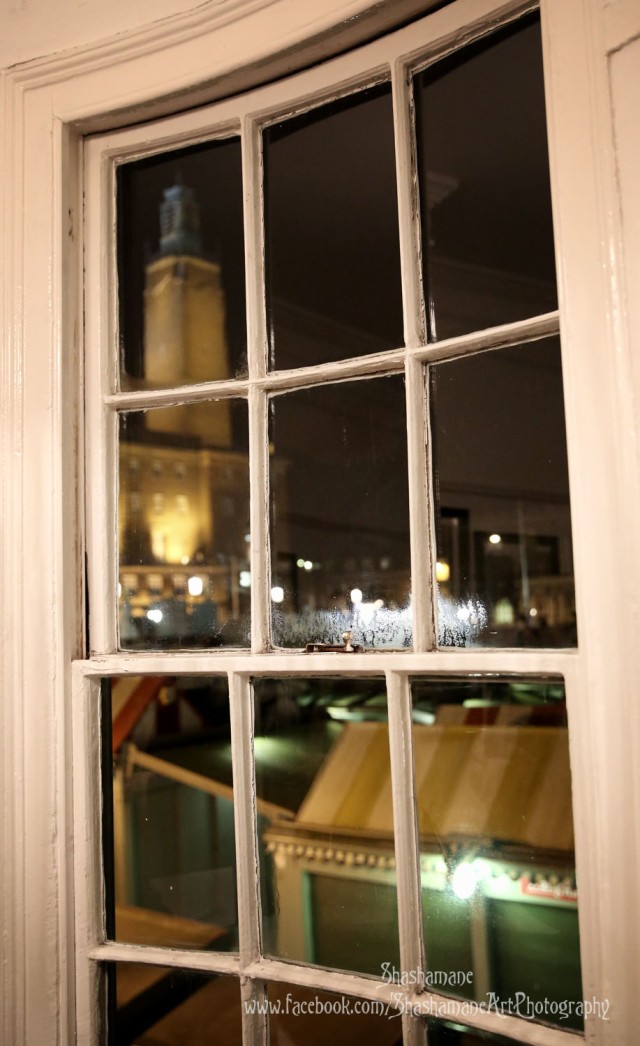 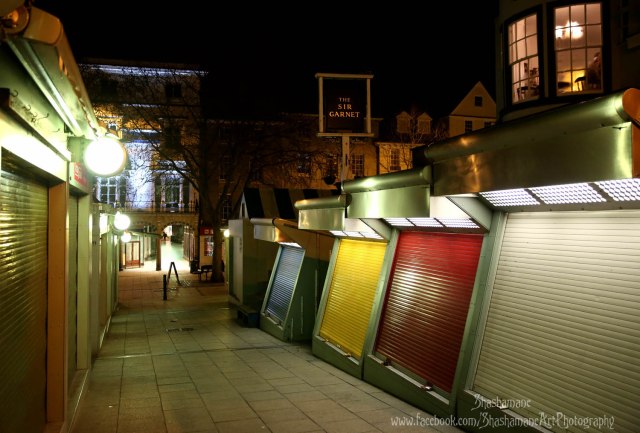