Pony Up brought us a fantastic gig on this blustery Sunday evening. Having caught my attention with an excellent video on YouTube Girls Names’ attitude and exciting energy made them a must-see.

First on in a sparsely attended NAC  (I later remembered there was a gig clash with Richard Hawley at UEA, and a sellout for Turin Brakes at OPEN, and a sellout at The Bicycle Shop for Lee Gordon) were local band Dog’s Dinner. Loud and energetic I loved them for the way they still played as if the room was rammed. With the unusual sight of a crush barrier in the Arts Centre, vocalist Josh simply used it as a prop, throwing himself about the stage and amps. Honest to goodness melodic punk played with gusto and enthusiasm it was most enjoyable. Good to see the re-emergence of the overcoat too. 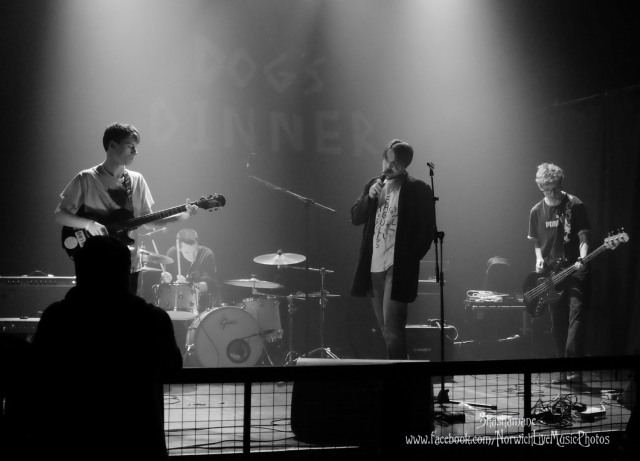 One of the people watching them that I noticed in the audience for his slight resemblance to a young Nick Cave/Rupert Orton turned out to be Gross Net who got on stage and started setting up after Dog’s Dinner. A solo performance, the first song of which started as quite electro he soon built up a wall of sound that was very much to my liking, especially when he was playing guitar.  How one person alone could get a sound like Gang of Four at their fullest was most impressive but there was some Alan Vega and even Fad Gadget in there too though the total sound was quite unique.  Once again he played to the people there. On the occasions when an audience is not as large as all would wish for I do so admire the bands and artists who play to those who have turned out rather than bemoaning the turnout.  Gross Net certainly played for us, compelling onstage and at the end getting amongst the audience, screaming lyrics right into our faces and even coiling the mic lead around the neck of someone (I think it was Josh), leaving the mic in his hand and walking off to conclude a memorable set. 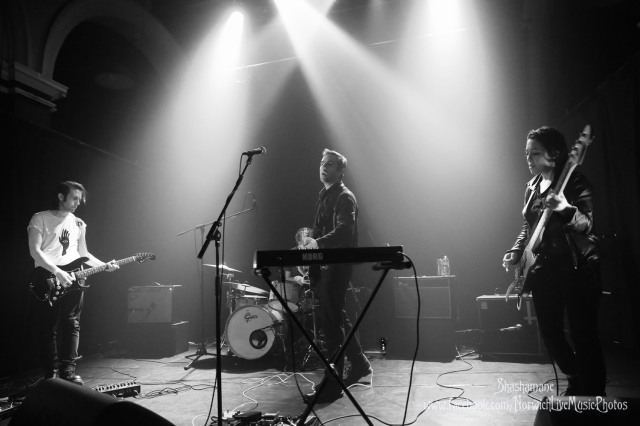 Gross Net, aka Phillip Quinn, it soon transpired is also the guitarist in tonight’s headliners from Belfast, Girls Names. They hooked me immediately with their dark, heavy and powerful sound, bassist Claire is phenomenally good and as well as having the songs they are a compelling visual act too. The drumming huge, precise and magnificent – it would make Dr Avalanche sound tinny in comparison – Phil’s guitar taking me back to some of my favourite 80s underground music, and vocals that are deep and dark, Cave-esque occasionally, their sound sometimes KrautRock but nobody else is sounding like Girls Names. The guitars are sensational, at times industrial sounding and the songs huge beasts that the band have summoned from somewhere very deep. A lot of them were probably nudging ten minutes in duration but they were all so good they still ended with me wanting more.  I was gripped throughout and found them genuinely exciting. The small but enthusiastic audience called them back for an encore, I was initially a tad disappointed when I saw the drummer indicate they’d play just one more but it turned out to be a wondrous ten minute epic, recalling Bauhaus’ Dark Entries, the band powerful and theatrical, I loved the interplay and almost guitar neck swordfighting going on. There are bits and pieces that remind me of other bands from time to time, but what great references!  The Birthday Party, The Fall, Neu!, Suicide, Magazine, Bauhaus, Bowie, Iggy, Gang of Four, Joy Division and New Order, Jesus and Mary Chain, Hawkwind, early Cure, early PiL, Sonic Youth … and maybe some Einsterzende Neubauten and Kowalksi too! Ticking all the right boxes to form their own special and unique, glorious creation, so many influences, it was as if all the records I bought between 1979-1984 fused together and created this wondrous beast of a band

I bought some vinyl at the end and waited with the NAC staff to get it signed. Lovely people who enjoyed their visit to Norwich. I missed their first visit here but I’ll make sure I won’t miss the next. Catch this band, this is a gig that will live long in my memory. Thank you Girls Names, you made me feel about 18 again with the excitement of hearing your music. A 10/10 gig for me, one that kept me totally in the moment throughout. Exceptionally great band. The feeling from gigs like this is what being a music fan is all about.

A gig that really blew me away … a bit of a shame there were not more there to experience it but Hawley, Turin Brakes and the wealth of other gigs taking place surely played its part. I wouldn’t have wanted to be anywhere else though. 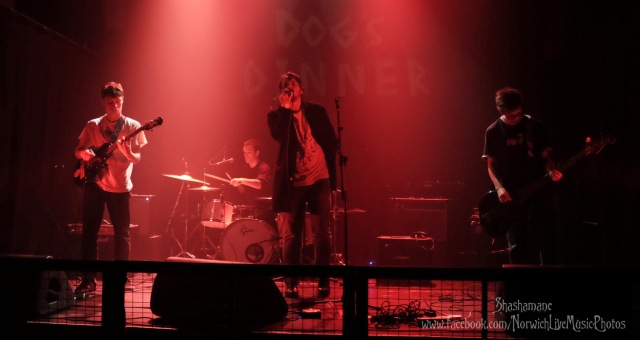 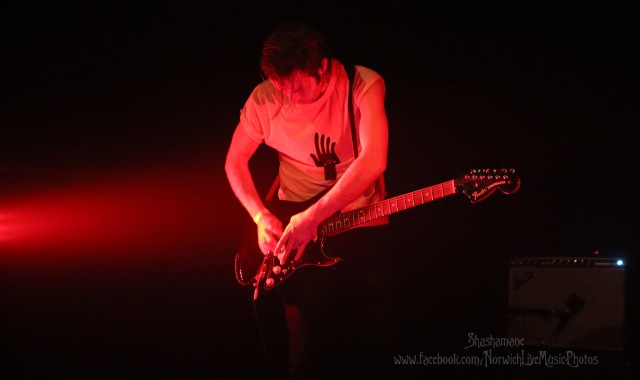 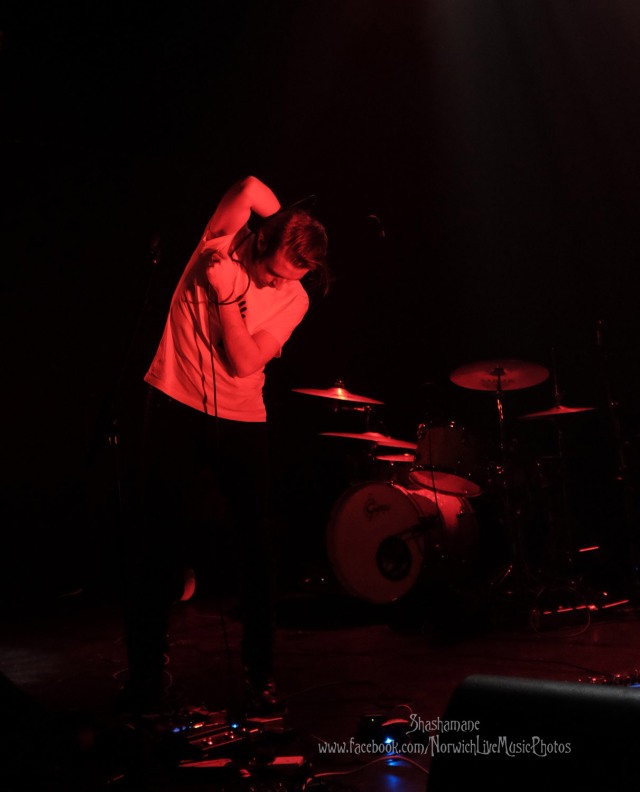 Many thanks to Girls Names, Gross Net, Dog’s Dinner, Pony Up, and Norwich Arts Centre.