This gig rather caught my eye a few months ago when I saw it listed on the Norwich Arts Centre website with accompanying video, the albums I subsequently checked out on Spotify made it an easy decision to come along for this one. Quite a number of friends obviously felt the same way so it was good to catch up out of the cold before the music started, the opening set of which was provided by Jordan Klassen from Vancouver. 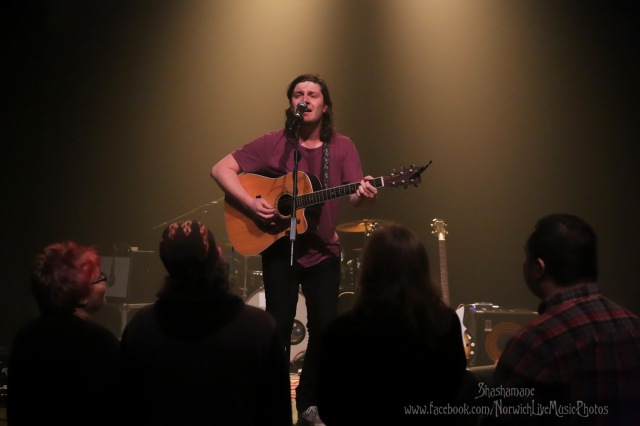 Jordan’s songs were clever and impressive but what was even more impressive was his astonishingly versatile and pure voice.  He had a relaxed style between songs and expressed his joy at playing the NAC with its age and history. Playing acoustic guitar plus a couple of numbers on ukelele his playing style was at times quite fascinating. He earned a warm and appreciative reception.

Originally from Toronto, Lindi Ortega now resides in Music City, US – Nashville TN.  Coming onstage in Music City UK with her superb band shortly after 9pm looking like a country music Wonder Woman doll she was charm itself but despite struggling with feverish flu her voice was still something amazing. She and the band played with enthusiasm and joy throughout and the audience just adored her. Actually, she’d have won us over with the “Norridge” pronunciation lesson alone but the songs were fantastic.  A lovely touch was Desperado, presumably as a beautiful and low key tribute to The Eagles’ Glenn Frey who died this week, adding to the tragic list of musical losses over the past month or so.

The cover of Ring of Fire was sublime. Very obviously a fan of Cash she gave this song her own take slowing it right down and delivering a memorable set highlight.  There was also a fine version of To Love Somebody but I think the rest of the set was all original material.  She’s a class, rockin’ act for sure with a strong image, presence, band, and *that* voice!  Hints of some country legends in there, Dolly Parton, Patsy Cline and Emmylou Harris being some of the obvious ones but also a hint of Emiliana Torrini too though Lindi is so very much her own person with her own style. I particularly liked the darker country ballads and melancholia – the quality of the set never dipped for a moment. A real talent with a stunning voice and sensational band. So pleased I was here for this one. 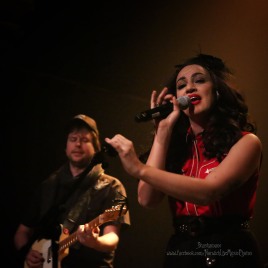 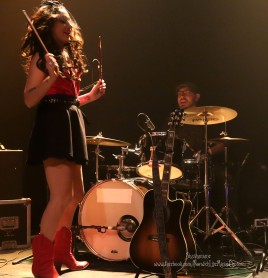 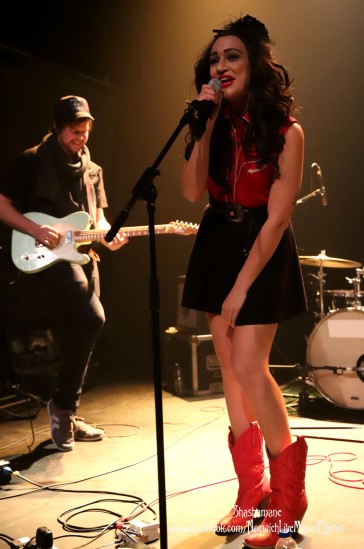 Many thanks to Lindi Ortega, Jordan Klassen, and Norwich Arts Centre.