The Wailers to play UEA Norwich on 22 November 2015

Posted on November 5, 2015 by shashamane

The Wailers will be playing at the UEA Nick Rayns’ LCR on 22 November 2015
Tickets from UEA, Soundclash etc, and online here: https://uealcr.ticketabc.com/events/th-5/

‘Performing the album LEGEND in its entirety’ 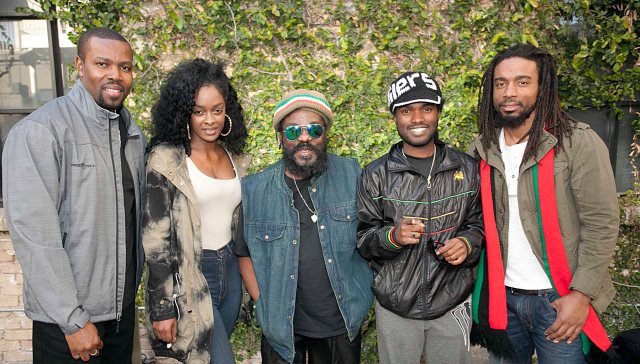 Following the success of their huge sell out UK tour last year, legendary reggae artists The Wailers return to mark their highly celebrated and anticipated Legend tour. The band will be performing the iconic album live on stage in its entirety featuring the classic chart- topping tracks ‘Three Little Birds,’ ‘I Shot The Sheriff,’ ‘Jamming’ and many more. Back with an extended run of dates, The Wailers will play twelve shows across some of the UK’s major cities.

Formed in 1969 together with Bob Marley, The Wailers have sold in excess of 250 million albums worldwide. In England alone, they’ve notched up over twenty chart hits, including seven Top 10 entries. The song ‘One Love/ People Get Ready’ was named song of the millennium by the BBC, noting that it is played continuously during the millennium celebrations on the BBC. Outside of their ground-breaking work with Marley, The Wailers have also played with international acts like Sting, The Fugees, Stevie Wonder and Carlos Santana, as well as reggae legends such as Peter Tosh, Bunny Wailer, and Burning Spear.

As the greatest living exponents of Jamaica’s reggae tradition, The Wailers have performed to an estimated 24 million people and are undoubtedly the world’s premier reggae and world music group who bring high energy shows to fans across the globe. In keeping with the band’s tradition of touring with album themes, The wailers have been performing entire sets devoted to songs from the specific albums such as Legend, Exodus and the album Survival released in 1979. Legend was the twelfth album released by Bob Marley and The Wailers and the second posthumous one. It is the best-selling reggae album of all-time, with over 30 million copies sold worldwide and a 2014 re-release topped Billboard’s Top 5 – proving the timeless appeal of their music spans generations. In addition to the songs from this “greatest hits” album, the band will also perform selections from Exodus named by Time Magazine as the “Album of the 20th Century.”

Continuing on their worldwide promotion of peace, love and equality through the power of reggae and Rastafari the group have been able to sustain their rare longevity pushing to the forefront of reggae music. On its resurgence in popularity, Aston ‘Family Man’ Barrett said the following: “It only took 30 years. My life with The Wailers has been an odyssey. To be in the top ten is hard for me to even imagine. We’ve come so far. Sharing this music with so many people around the world was my last promise to Bob and here we are.”

It’s been a busy year so far with the kick off of events around the celebration of Bob Marley’s 70th birthday on February 6th. Currently touring across the US, The Wailers began the summer with a recent visit to Dublin to perform alongside Pharrell at The Script’s special homecoming gig at Croke Park Stadium and a headline slot at Secret Solstice Festival in Iceland.

Marking this their biggest UK tour to date in November 2015, the band continues to thrill audiences of all kinds with their heartbeat rhythms and an unparalleled stage show.

The Wailers will be playing at the UEA Nick Rayns’ LCR on 22 November 2015
Tickets from UEA, Soundclash etc, and online here: https://uealcr.ticketabc.com/events/th-5/ 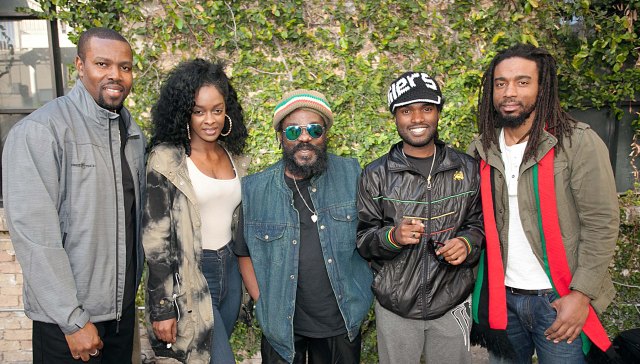