A massive Well Done to Dove and Boweevil who put on an absolutely brilliant and triumphant launch night for their album “This Life”, packing out Open’s Club Room. 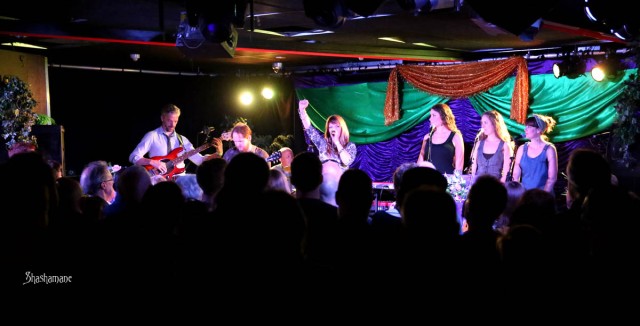 Dove and Boweevil Band with The Voxettes
(c) shashamane 2015

The place looked gorgeous, done up in true Bo Nanafana glam style and the music was started by Space Eagle, often to be seen busking around the city or playing pubs, it was great to hear these songs on a big stage through the Open PA. The half hour or so flew by most enjoyably.

Fresh from their set at Red Rooster a week or two ago were The Thinking Men, next on stage, playing in their typical energetic style.

The night was all about Dove and Boweevil however and despite having seen them many, many times over the past few years they completely blew me away tonight. With full band, horn section, and the fantastic Voxettes on backing vocals and harmonies they sounded absolutely magnificent. I want to experience it all over again. After a difficult 2014 Bo is back and on fire, the album completed, a full and busy merch stall with a queue of people buying the album and t-shirts. It all looks really rosy at the moment. Lauren was her usual friendly and engaging self and both she and Bo looked like they were having a blast. The whole band were tight and on form, the set list well chosen, and the audience adored it all. This is by far and away the best I have ever seen Dove and Boweevil. The big occasion, set up and sound suits them. A lot. 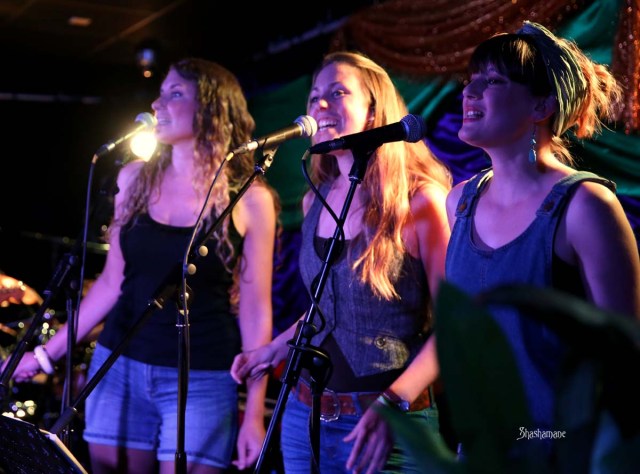 The Voxettes, with Dove and Boweevil
(c) shashamane 2015 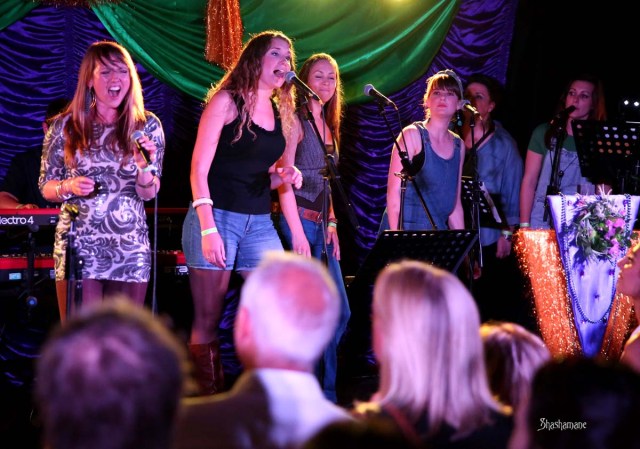 Dove and Boweevil, and The Voxettes
(c) shashamane 2015

Listening to the album today was also an impressive and enjoyable experience. They have developed, got a great sound and mix, Lauren’s voice soaring better than it ever has … and the songs! Really great, great stuff. They should be feeling very proud of themselves, both for the album and the marvelous event that the launch night was.

Here’s a clip of video of Lady Lavoo from this fantastic night.

Myself and friends were buzzing so much from this great event that we all went over to the ever lovely and welcoming Bedfords Bar afterwards to re-live it all.

Many thanks to Dove and Boweevil, Open, and Bedfords.