Don’t Lose Heart at The Golden Star, Cave In at Jurnets Bar, The Spiegeltent “Late” at Festival Gardens 16 May 2015

Don’t Lose Heart were playing two sets at the homely and traditional Golden Star which was a nice opportunity to hear them in greater depth after some lovely recent short slots at Jurnets Bar and The Plasterers. There was a warm atmosphere and some charming moments between songs from Lou and Dickie, Lou being in especially fine form with her jokes and swigging from a Jack Daniels bottle … who knows what was in that. 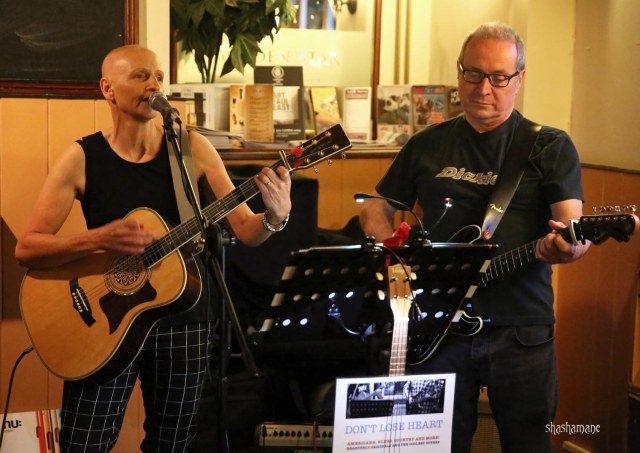 They had a good take on the covers they chose from the likes of Bruce Springsteen, Tracey Chapman and Paolo Nutini but personally I enjoyed their originals most of all, Little Black Dress being one of several excellent Lou compositions which was written as part of a Norfolk Blues Society challenge. Lou was in fine voice and Dickie’s guitar playing is always flawless.

Shortly before 11pm I moved across the city to Jurnets for the monthly Cave In which was also a friend’s birthday celebration. It was a little quiet last month but this time it was packed and the dancefloor looked great with the dancers bathed in psychedelic lights from the oil projections whilst some fab visuals from Richard Rix were also shown on the ceiling. The atmosphere was wonderful and with the pleas for one more song at midnight we were treated to 1969 by the Stooges as a great way to end the session. 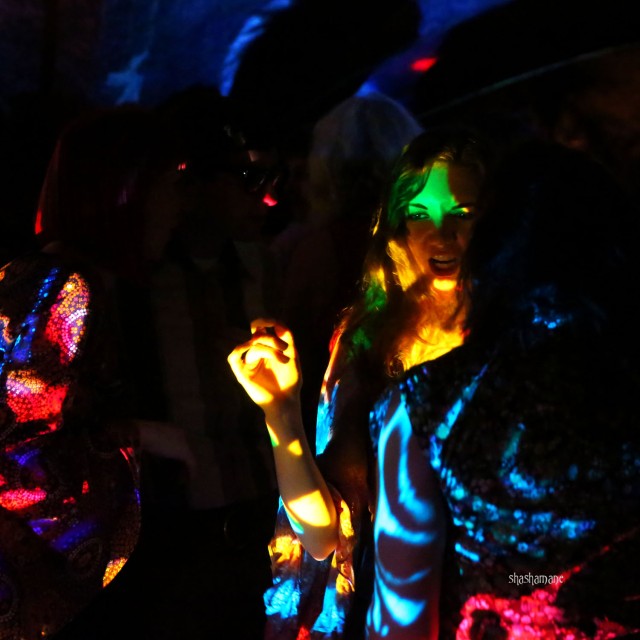 Following the close of Cave In I made my way over to Festival Gardens which was oddly quiet, especially bearing in mind it was the day Norwich clinched a spot at Wembley after defeating their closest rivals and also the first weekend of NNF15. I did spend a little time in the Spiegeltent but it was lacking in atmosphere and the music was not my thing at all. There was a spark missing to the Festival Gardens, admittedly very late on a Saturday night. This will be rectified when the Drink ‘n’ Jive djs take over on Wednesday and Thursday nights for the lates. Having failed to get tickets for any of the Spiegeltent events this year these lates are my only opportunities to experience this special and lovely structure. I had a great evening here on Friday night in the beer tent catching up with lots of friends having gone there in the hope of picking up a ticket return and that is one of my favourite aspects of the Festival. I didn’t get a ticket but had a superb evening nonetheless. Some of the lates in the Spiegeltent have been little disappointing so far however, and the biggest disappointment of all is the criminal absence of any Bo Nanafana nights this year, I was amazed when I couldn’t find them in the programme. I’ve had several people express their surprise and dismay that there isn’t a full blown Bo night this year too. I hope that will be rectified next year and the music for the lates really needs sorting out. Last year’s ‘boom-boom’ Prince of Wales-style fare is probably what led to complaints from local residents but it also led to complaints from music fans wanting to hear some better and more suitable music. At least Drink ‘n’ Jive has been restored this year. That aside, I still love the whole area and event, especially bumping into friends I haven’t seen for ages, it’s a great draw for the creatives in the city and the heart of the Festival, who have still done an amazing job putting it all together on a 90% budget cut which is admirable and to be applauded. It would have been good to have some more local representation and selection in the Spiegeltent though