I’m pleased to say that last summer’s wonderful, small but brilliant and friendly Red Rooster Festival is back again in 2015 with tickets on sale now.

‘Red Rooster, you were a hoot and you proved that the UK’s rhythm and blues scene is in damn good shape…. You simply must become a regular fixture on the festival calendar.’ Louder Than War

Set in the idyllic private grounds of Euston Hall, designed by Capability Brown and William Kent, 2015 sees the welcome return of Red Rooster. Inspired by the sounds and aromas of America’s Deep South, Suffolk’s R&B, Blues and Americana festival is returning on 5th-7th June.

Announcing the first wave of acts before the Christmas break, Red Rooster is pleased to confirm one of modern day blues most renowned acts, CW Stoneking. The illusive CW Stoneking’s appearance at Red Rooster will be one of the first announcements of a UK show since 2011, his last one being to a sold out audience at London venue Koko.

CW Stoneking has also just released his first album in six years, “Gon’ Boogaloo,” to much critical acclaim. Joining CW Stoneking in this first announcement will be favourites Son of Dave, Dollar Bill, The Rumble, and The Thinking Men.

Food and drink at Red Rooster is a major part of the event; what Deep South inspired event wouldn’t be?? Joining the bands will be some of top UK street food traders, including “The Orange Buffalo” (Voted No.1 Wings in London), “Colonel Tom’s Gumbo”, “The Mac Factory”, Norwich local smokers “The Harbecue” and chilli specialists Soul and Pepper.

Drinks are provided by one of the UK’s finest bar suppliers, Soulshakers – a team who specialises in southern hospitality. Think Alabama Ice Teas, Louisiana Jam’s, Sazerac’s and Hillbilly Moonshine’s – Red Rooster DOES NOT provide tasteless beer and low quality spirits!

The 2014 festival was a delight with some very fine bands and a superb atmosphere, very friendly too with tickets entry collars instead of wristbands for dogs. In a lovely setting with woodland and a beautiful lake and of course excellent music. 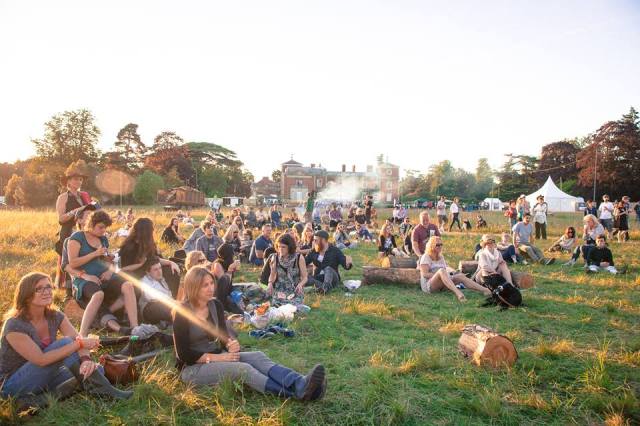 This entry was posted in Festival and tagged Red Rooster Festival. Bookmark the permalink.