Posted on November 1, 2014 by shashamane

There’s been a lot of excitement amongst people in the know for this gig from the hugely brilliant Kill It Kid, one half of whom – Chris and Steph – are regularly seen on the live local circuit playing as the country blues roots duo Blood Bird. Promoter Craig Hill, a great champion and supporter of excellent music who is a promoter in the best sense of the word and who also brings us the Tilting Sky Festival is to be applauded for getting them here for a Norwich gig. 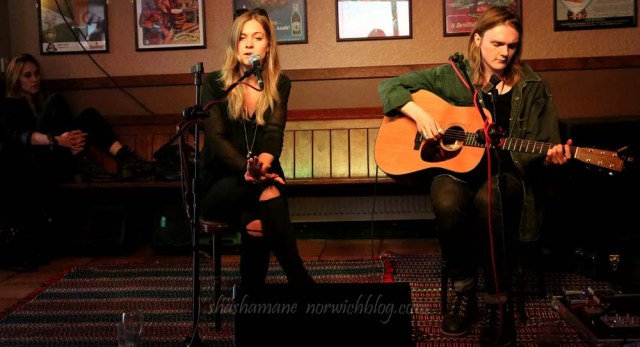 Not yet as well known as they should be in their own country they are very big news abroad, especially in Germany. They have just completed the continental part of their tour and are now set to embark on the British leg, which will finish in Norwich at the OPEN venue on 8 November.

They are a special band of immense power but know how to play it slow and gentle too. Massive riffs, with blues and garage influences and a singer, Chris, with an incredible voice dripping in raw emotion of pain and anguish, whilst Steph’s contrasts with and yet mirrors and compliments this superbly, sometimes soft sometimes deep and husky, always melodic and expressive these harmonies are sensational. Bassist Dom and drummer Marc are both highly accomplished musicians too and equally lovely people although I’ve yet to experience the full Kill It Kid live experience I have been lucky enough to hear some of the songs performed live by Blood Bird and was lucky enough to meet the full band during the videoshoot for Caroline, with Lauren Capulet and Ricki Hall. Despite hearing the song hundreds of times that day I have never tired of it and it remains one of my favourite KIK tracks.

It promises to be a great occasion and I can’t wait to hear these songs played live by the full band, there aren’t many acts playing stuff like this, certainly not as well as this. They tick all the right reference points and play from the heart and soul. 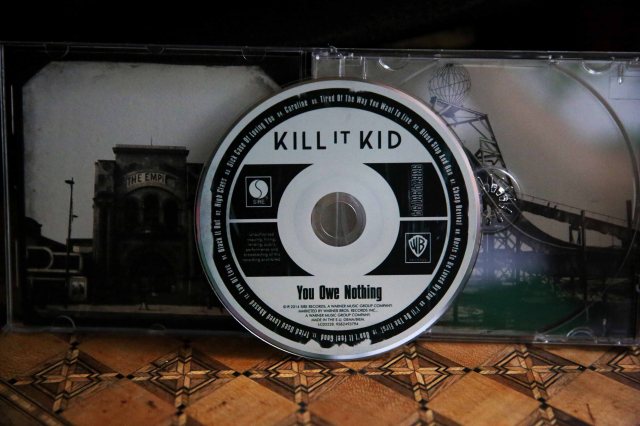 The band recently released a few songs played live at Abbey Road Studios, which are just sensational, my favourite probably being It Hurts to be Loved by You. Take a listen at the way it builds up, the playing, singing, voices and layers and that emotion! Incredible stuff worthy of its illustrious setting.

Life on the road, coupled with a misguided ‘nu-folk’ tag, pushed the band towards a new, dirtier, blues inspired sound for the follow up album ‘Feet Fall Heavy’, recorded with producer Leo Abrahams (Brian Eno, Brett Anderson) it has been described as ‘raw, inelegant and untainted’.

Singles ‘Pray On Me’ ‘Heart Rested With You’ & ‘Wild & Wasted Water’ proved grittier than anything prior, marrying punishing riffs a la Black Keys to Turpin’s anguished howl – leading Radio 1’s Zane Lowe to describe Kill It Kid as “Exciting and essential, my kind of music”. Soon came a 9/10 rating from Classic Rock Magazine (“As well as getting the sound spot on, this album delivers mammoth tunes. Terrifyingly Good”) and The Mirrors Gavin Martin branding ‘Feet Fall Heavy’ with 4/5 stars (“An emphatic slice of folk blues Zeppelin would have been proud of. Praise Be”).

Parting company with One Little Indian Records, Kill It Kid’s path crossed with legendary A&R icon Seymour Stein (the Rock & Roll Hall Of Fame inductee who inked The Ramones & Madonna amongst others), bonding over a shared love of early Blues the band have spent the summer demo’ing tracks for their third (as yet untitled) album – with long term Warner Records staff Producer Julian Raymond in the production hotseat.

The album You Owe Nothing is about to be officially released but I got my copy recently and love it to bits.

Thanks to dedicated promoter Craig Hill for getting this gig, someone who has supported Chris since the beginning. Along with Steve Howlett who is also a fan and promoter of them, and a certainty to be in the audience, Craig has been putting on gigs locally by Chris for an amazing ten years, from his solo work and with the Ida May Band, playing at the very first Tilting Sky Festival in 2006 at the Banham Barrel. Steve too is a long time supporter and friend who has been championing them for quite some time. I’ve had the pleasure and honour of doing some of the photography for the album and single as well as attending Blood Bird and Jug Jaw’s nights and it’s a genuine privilege to have gotten to know not just amazingly talented artists but sincerely lovely people and passionate music fans too.

Support comes from Gallery Circus and our own The Thinking Men. Tickets £10 in advance from OPEN, UEA etc.