Upstairs at Bedfords was rammed on this very warm summer evening, probably especially so for the two troupers behind the bar. All the tables and chairs were taken and it was standing room only at the front as Das Fenster got proceedings underway. He was billed as solo but was not entirely unaccompanied as he had Klaus with him for one number. It remains to be seen if he will appear again.

Das Fenster brought some dark cool on this hot night and aired a couple of new numbers alongside some older DF favourites. Very dark at times, one or two songs having hints of the darkest of children’s songs, others much more sinister with tales of prison cells, being on the run, and characters you would not wish to meet in a dark alleyway. All performed behind the ever-present voodoo shrine, and inbetween “Good skull, bad skull”. Wonderfully theatrical with some great songs and excellent dark tremelo. 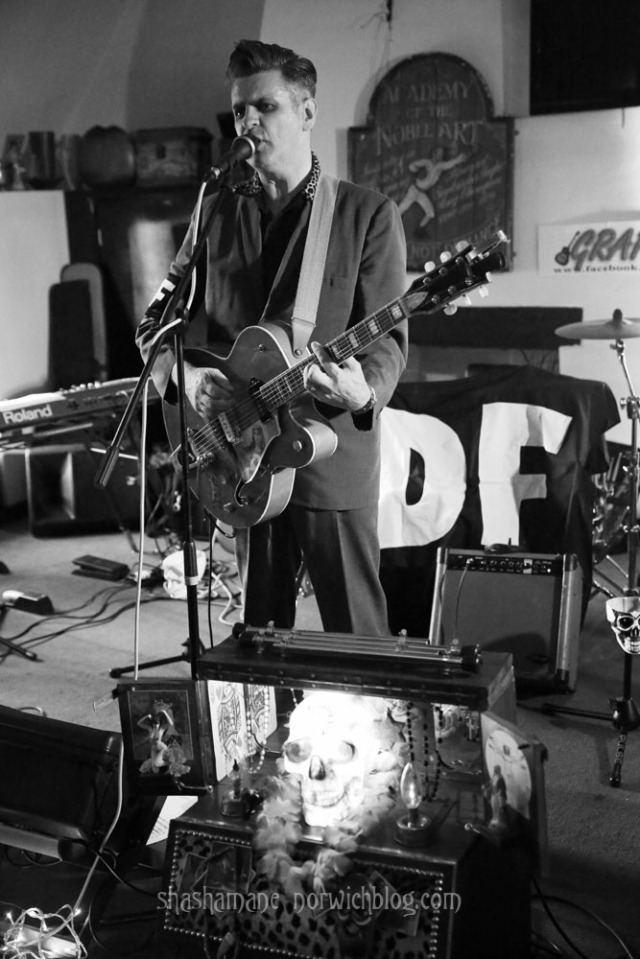 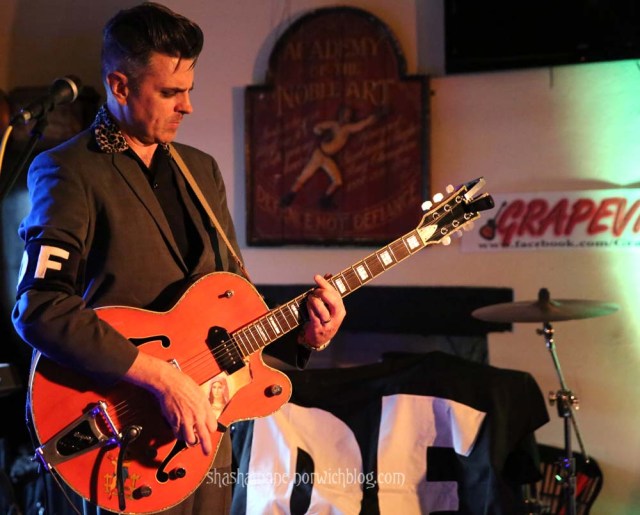 Weirdly, the song “Gates of Hell” would actually sit quite well alongside the similarly dark “Boa Constrictor” by Birds of Hell which has that nursery rhyme from a dark world feel.

Tonight was the first time for me hearing Sadie Jemmett. I was extremely impressed. Playing solo with just her acoustic guitar her songs are quite varied in style, her playing natural and free and with a strong expressive voice but it was perhaps her lyrics that drew me in most of all. Musical storytelling at its best with tales of London, her daughter, and alcohol – “Adventures in Sobriety” which was a set highlight for me. She has a very versatile voice which can subtly change style, sometimes folky Americana but while listening to the last song in the set, a song she wrote for her daughter, I was hearing hints of Sinead O’Connor (someone I really respect) and I found the entire set greatly impressive. My thanks to Steve for bringing her here and to my attention.

I was introduced to Malaya by Steve Yourglivch at Grapevine a few months ago and have heard fine things about her album. I have yet to hear it but this performance with a full band was also an impressive production. The Mojo Preachers, and Mark “Boweevil” Howes are a very fine band to have backing one and they were terrific with an instrumental before Malaya joined them on vocals. Stumbling upon this band in some basement bar in Chicago, New York, or New Orleans, I think anyone would be impressed, and they were on fine form tonight. Malaya too has a smooth and mellow singing voice, looks the part, and nobody would guess it was a first full gig. It was perhaps a slight challenge for the pa to cope with all of this but it came across beautifully, there are fine songs and the spirit is rich, Malaya’s voice sounding more confident and assured as the gig wore on. I’d definitely make a point of seeing them again. They too were joined by an unexpected and surreal guest …. take a springy bow, Zebedee! 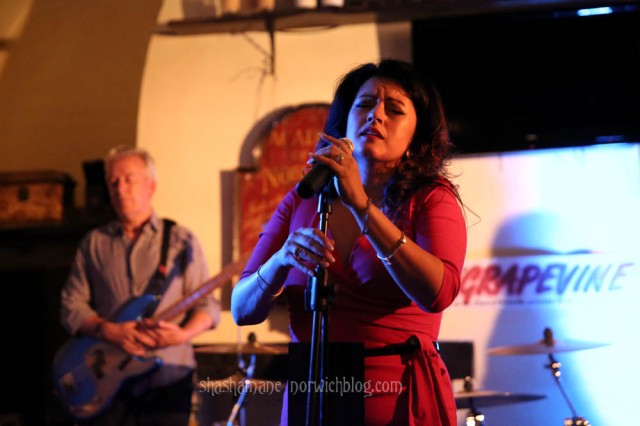 Thanks as always to Steve and Jan, Stuart on sound, and all at Bedfords who did a great job on what is possibly the busiest Grapevine I’ve been at and certainly one of the hottest. 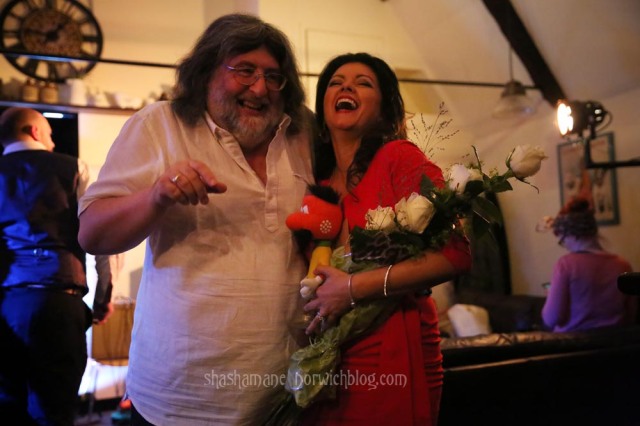 Our July night follows the usual ” No Pattern ” pattern, by bringing you an eclectic mix of musical styles with one thing in common…..it’s all great !!

From London, we are delighted to welcome Sadie Jemmett to Grapevine@Bedfords for the first time. Here’s a link to her fascinating biography…a story which is reflected in her powerful and eloquent songwriting.

We’re really looking forward to having her at Grapevine. You’re going to love her !

We’re also very excited to be bringing you a rare and intimate ” semi-acoustic ” solo set from the shadowy and sinister figure that is Das Fenster of Das Fenster & The Alibis, (a band who describe their style as ” Psycho-Surf-Jazz ” though there’s a Rockabilly element and flavours of Berlin cabaret in there too, to these ears) Oh…and he often brings his portable voodoo shrine to gigs. Whether or not these solo gigs will introduce us to his softer side is a matter of conjecture. We’d guess ” not “…

We were introduced to singer Malaya Blue a few months back when she came to a Grapevine night with BluesMatters writer Steve Yourglivch and handed us a copy of her album ” Bourbon Street. It’s a wonderful Soul/Blues/Jazz treat full of knockout vocals and brilliant playing, and it was love at first listen ! Malaya is bringing her band ( we’ll fit them in somewhere ! ) and the roof may well be blown off ! Not to be missed.

Food is once more available ( everything from tapas snacks to full-on steak and ribs combos ) for those who have a hunger for more than just music. You can book a table by ringing Bedfords on 01603 666869, and it’s yours for the night to enjoy the show in comfort.

We reckon this will be a popular one so please come down as early as you can to make sure of a seat…but most of all, just come ! It’s going to be night to remember.

Entry, as usual, is just £5 on the door for a whole evening of top quality live music for an attentive listening audience.