Matt Watson Presents: The Acoustic Session at The Blueberry Music House, and Moxy Garbanzo at Micawbers Tavern, Norwich, 3 May 2014

The second of Matt Watson’s occasional acoustic sessions at The Blueberry this time featured Stromm, his daughter Kayleigh performing under the name of Kayleigh’rose. I caught her final three numbers or so and as when I have seen her before, admired her lyrics and singing. Dandelion and the Rockets with some superb and frenetic accordion gypsy and polka punk sounds, with some occasionally very funny lyrics. The Broken Maps another duo with beautiful harmonies. And the first act who had unfortunately already finished by the time I arrived, Elena Traina, who I believe sang all of her songs in Italian. Stromm also were on the bill playing a set of originals, tonight as the core duo of Ross and Claire. As always with their engaging stories in song with lovely melodies and harmonies. Matt himself was also able to play a set of fifteen minutes or so. 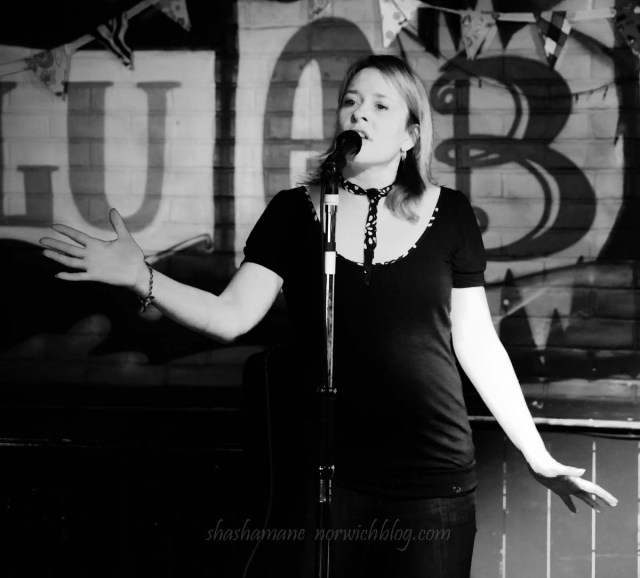 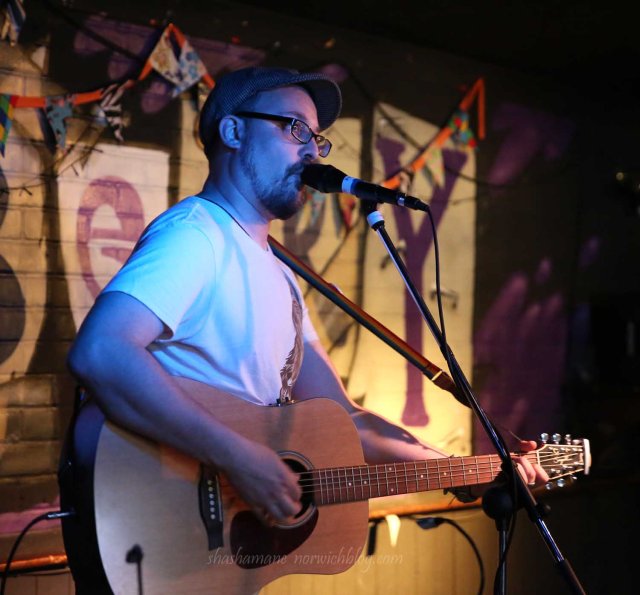 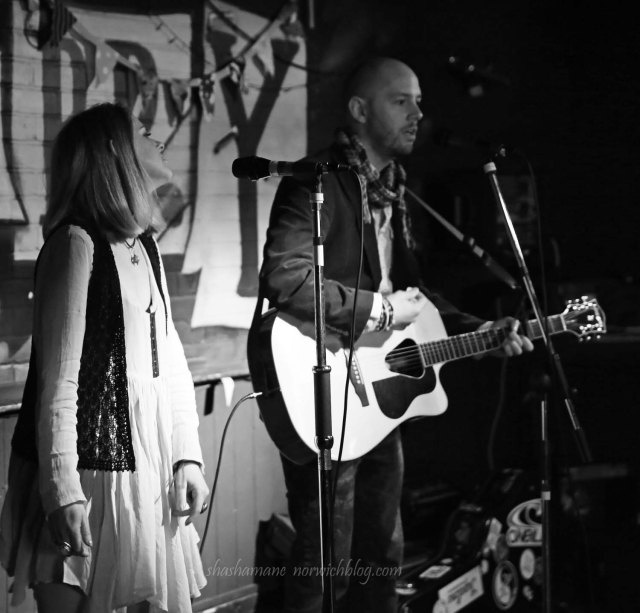 There was time to chat for a while in the lovely and relaxed Blueberry before heading towards Micawbers Tavern later on to catch an evening set by the wonderful Moxy Garbanzo, who appear to have now settled on this name. Playing this evening as a trio featuring guitar, vocal, tuba, accordion and flugelhorn there was a fine and happy mood in Micawbers and Moxy kept people stamping and clapping along to their very eastern European flavoured songs of gypsy, Balkan and polka. I was unsure I could keep a steady hand to video record ‘Kalinka’ there was so much stamping going on and it felt like the floor was bouncing. Great atmosphere, lovely pub, company and brilliant musicians.

At the end of the night I was invited to spend some time with some good friends and the guests included Claire and Ross from Stromm who played some fantastic music in the intimate setting of a living room. A beautiful end to the evening.

Thanks to Matt Watson, The Blueberry Music House, Micawbers Tavern, all the performers, and good friends.